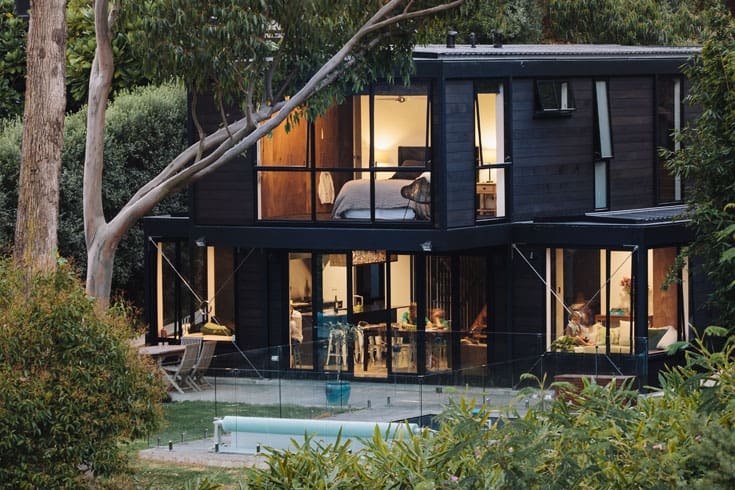 When an Auckland couple bought a steep section that no one else would touch, they had to find solutions fast.

It’s not often that a section in the upmarket Auckland suburb of Remuera goes on the market – and, rarer still, that it gets passed in at auction. But this is not your average section, and William and Tracey Meek are not your average home-buyers. This is a couple who, after checking the geo-tech reports, bought this steep, virtually inaccessible piece of land that others had deemed too challenging.

The reason for their trouble? A typical big-city concern: “We wanted to buy into the Grammar zone because we have three boys,” says Tracey, “but prices in the area were beyond our budget”. So it was that this 450m2 property became their salvation. Steepness aside, there were good points: the council reserve ran along the front boundary, there was a creek where eels swam for the boys to explore, and a grassy hillock stretched up the other side of the valley. Plus, four tall eucalyptus trees provided structure and shade in what was to become the garden.

Still, purchasing the land was visionary – and that was the easy part. Finding someone to design them a home was more problematic. But then they thought of their friend who worked for a design-and-build company in Piha – and that’s how the Meeks were introduced to Box, including architect Tim Dorrington. “Tim gave us confidence that we could do something special. We loved his proposal because it wasn’t ostentatious and he understood the needs of a young family,” says Tracey.

Clearing the section, which was over-run by vegetation, was the immediate priority. Friends pitched in with chainsaws to make way for the swimming pool first, and then the house. Once the concrete slab was laid, there was no going back.

The home that now inhabits this once inhospitable tract clearly has its roots in the Modernist movement. The skeleton of the building is Box’s innovative post-and-beam system that allows spans of up to six metres. The result is contemporary in design, casual in feel, yet robust and accommodating. The aesthetic, based on the Californian Case Study houses, is a look the couple grew to love – surprisingly. “My idea of a dream home used to be one of those grand old villas,” Tracey says. 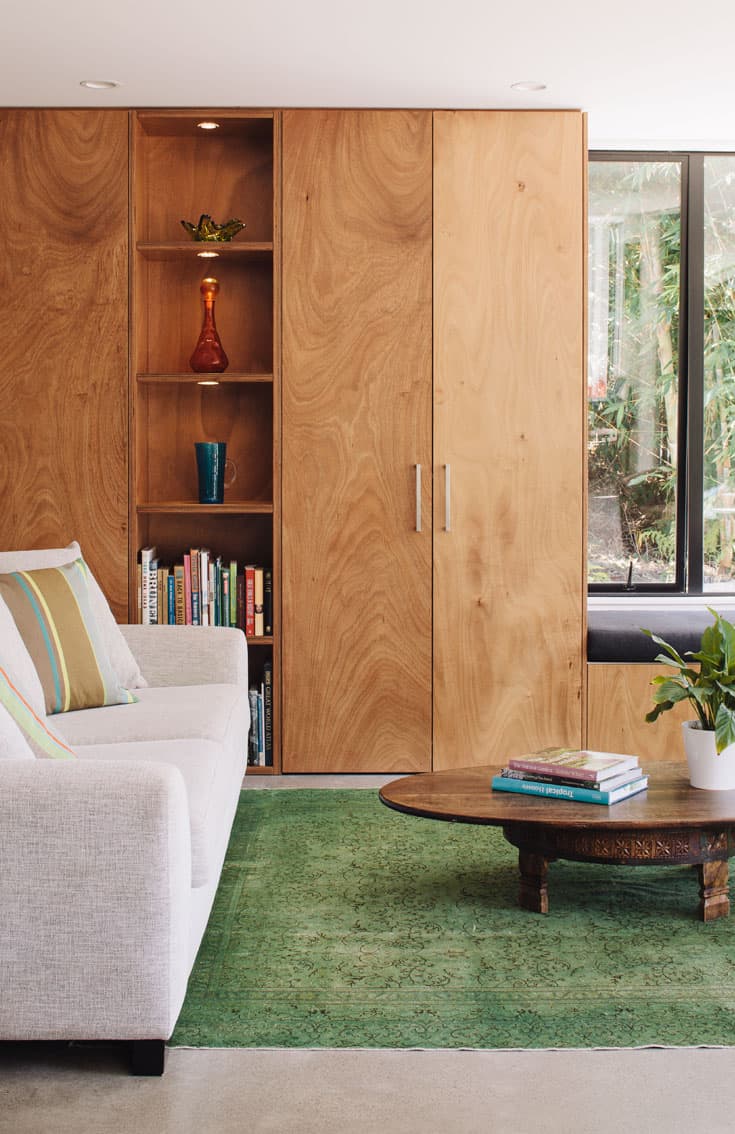 First-time visitors to the Meeks’ hideaway are confronted by a vertiginous stairway that descends to the front door. Step inside and a vista of greenery floods into view through the glazed frontage. With the grassy terrain and those whispering eucalypts, it’s akin to being plunged into the Australian bush. “We wanted the main living areas of the house to flow straight outside to encourage the boys to head out there to play,” says Tracey.

First-time visitors to the Meeks’ hideaway are confronted by a vertiginous stairway that descends to the front door. Step inside and a vista of greenery floods into view through the glazed frontage. With the grassy terrain and those whispering eucalypts, it’s akin to being plunged into the Australian bush. “We wanted the main living areas of the house to flow straight outside to encourage the boys to head out there to play,” says Tracey.

Keeping an eye on the kids – Isaiah (10), Samuel (8), and Charlie (7) – was important, so the house has an open-tread staircase framed by wooden-slat screening that • allows the upstairs to feel like a mezzanine. “It means that I can be within earshot of the boys even when they’re in their playroom.”

The staircase forms a sculptural ‘ribcage’ to the house, while the kitchen, with cabinetry in a matt charcoal finish, is its heart. “I chose black and white as the key colours throughout,” says Tracey, who also specified a distinctive dark stain on the rough-sawn cedar boards that clad the home.

With concrete floors and bullet-proof surfaces, Tracey was free to focus on the decorative ‘make-up’ that brings the personal touch to the house. She’s a fan of oak and has recycled a table from her former apartment by taking off the top and adding a Fijian kava bowl as its stand. An oak-topped dining table that seats eight was also custom-made for the space.

Although the Meeks had to be coaxed through some dramatic, heart-stopping times during the build – for example, windows and the honed marble bench-top had to be carried down the slippery slope – they say it’s been worth it. “As soon as I wake up I pull up the blinds and look out at the hills and trees, which are often bathed in golden light,” says Tracey. It would seem the Meeks truly have inherited the earth. 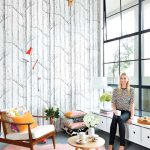 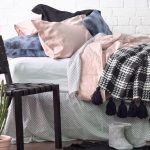