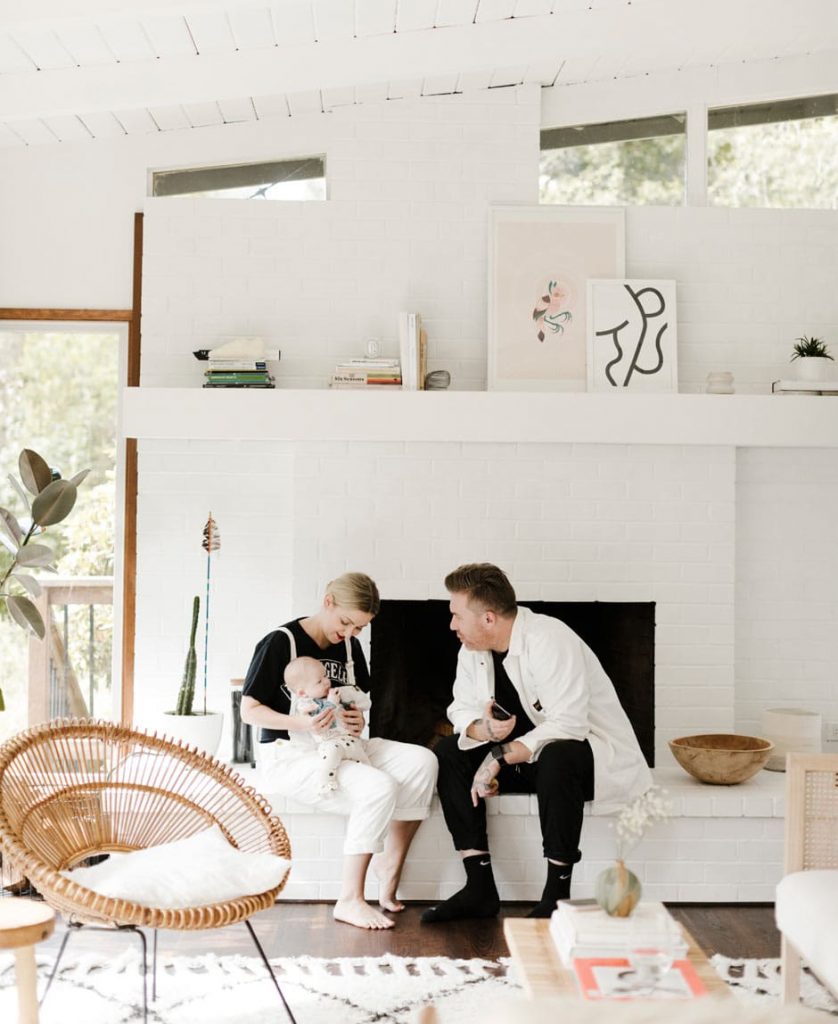 With some tender loving care, this run-down waterside cabin has risen from the ashes.

As far as ‘waterfront’ goes, you don’t get much more ‘extreme’ than this. Kiwis Karie Higgins and Lee Gibson were over the moon when after a couple of years of searching for a seaside or riverside bolthole not too far from their apartment in Portland, Oregon, they found this mid-century cabin with almost 100m of private river frontage.
“It was the dreamiest location we’d seen,” says Karie. “We told the realtor we wanted to make an offer that day, then were heartbroken to find out the owners had already verbally accepted a cash offer. But in a strange turn of events, their deal fell through a few weeks later, and we managed to swoop in.” 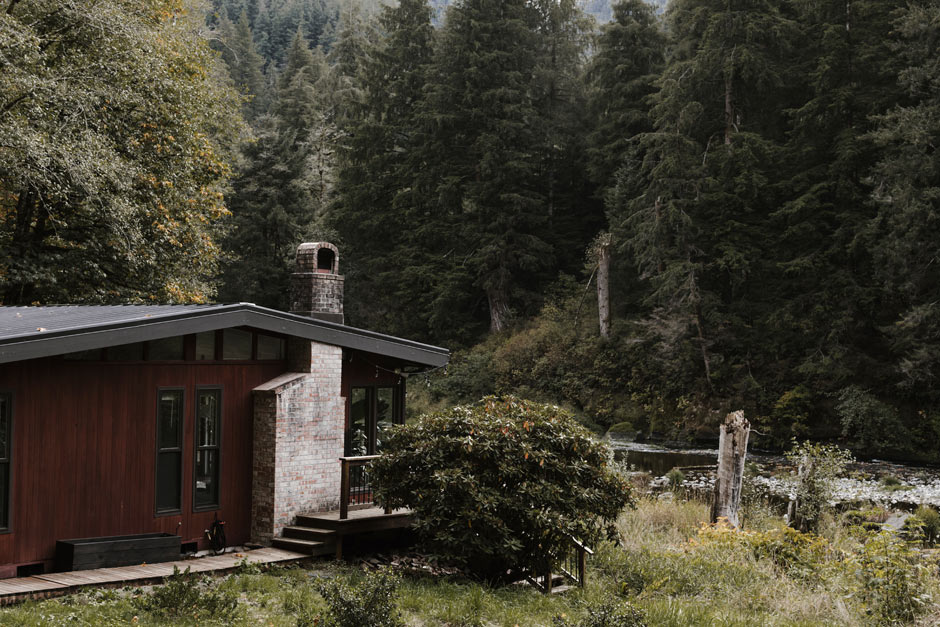 Both Karie and Lee have backgrounds in spatial design (she in interior design and he in architecture) and had a hankering for a space they could gradually transform. An hour from the city and right on the banks of the Wilson River, they’d found it.
Built in 1963, the cabin had been allowed to fall into disrepair. Recent owners had done some significant work, so it was structurally sound when Karie and Lee got the keys, but the interior still left a lot to be desired. The original wood panelling and cabinetry gave the house a folksy quality, “but made it feel tiny and dark”, says Karie. “The bathroom had a strange compartmentalised layout and was just weird.” 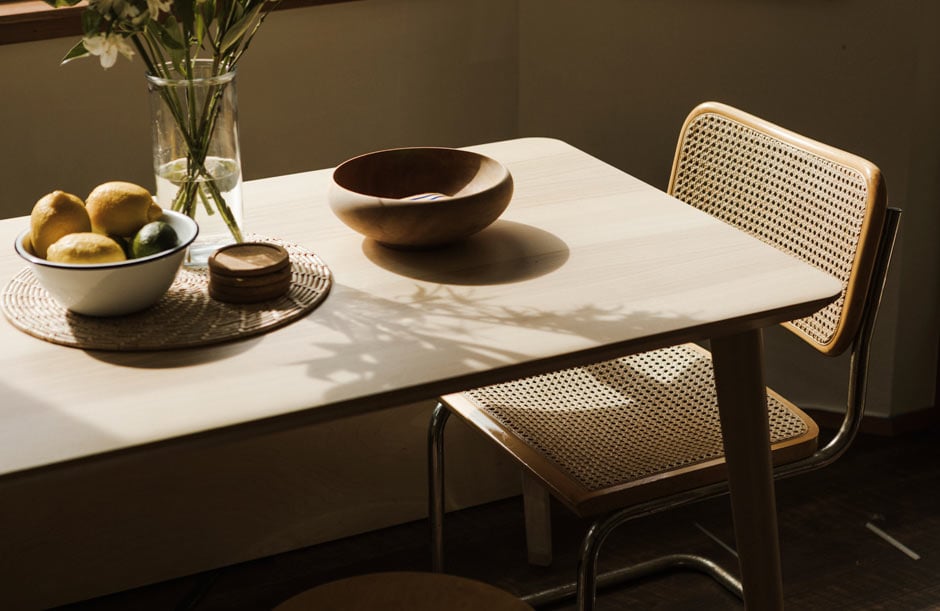 In the year since they took ownership, the couple has undertaken all their renovations themselves. “We’ve changed the interior quite a bit,” says Karie. “The master and guest bedrooms were like little caves, so we painted them white within the first few weeks, and we’ve chipped away painting the living areas and doing some demo in the kitchen and bathroom. We have big plans to do a new kitchen and bathroom, new floors, and paint the exterior and add a guest suite extension. Who knows when it will end — the minute we finish one thing, we start obsessing over another.” 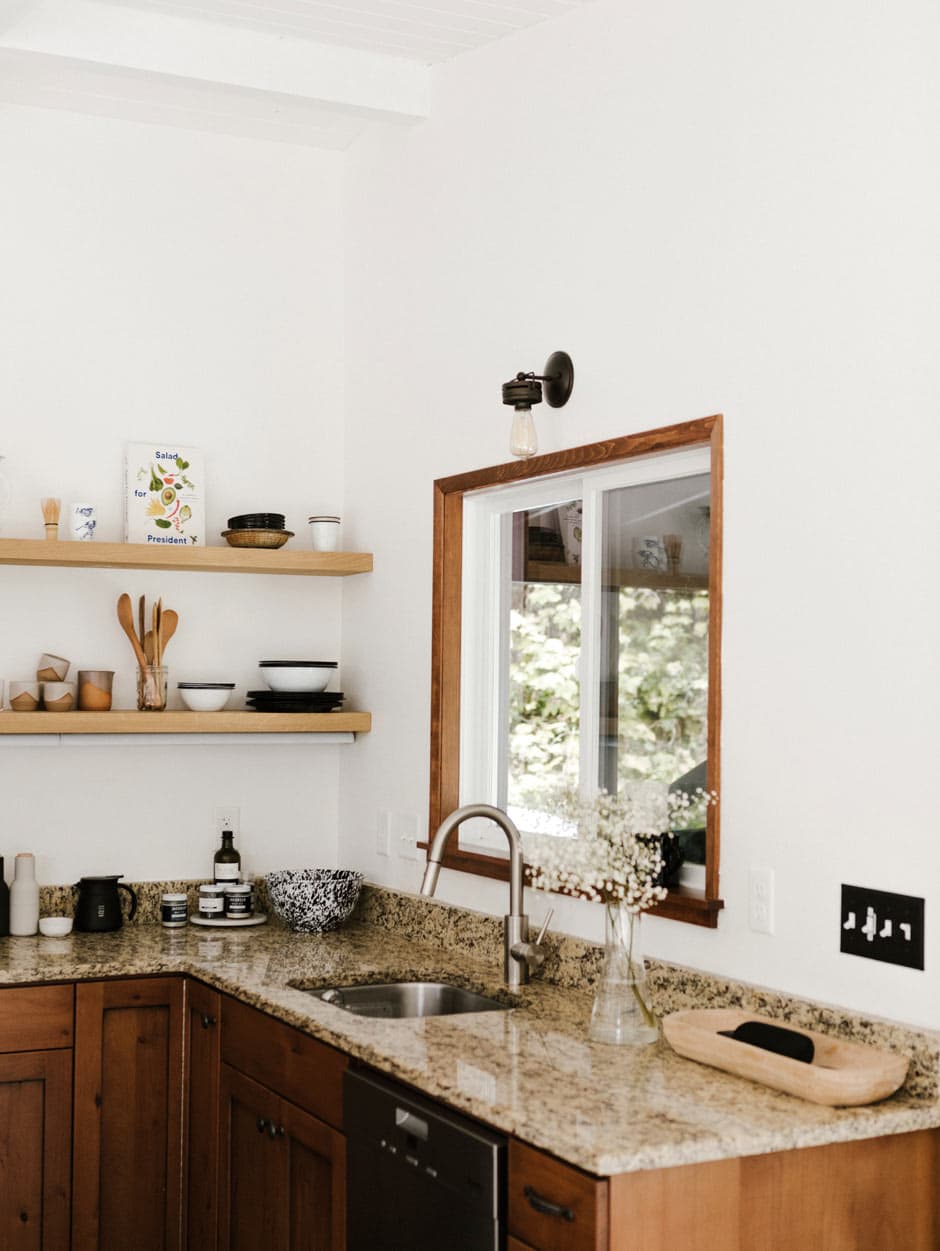 Pacific Northwest architecture is typically quite rustic and cosy, with plenty of dark timber. Karie and Lee have brought an Antipodean sensibility to their holiday home, creating a light, bright look that’s layered with character and texture. “Our colour and material palettes veer more towards California-causal-meets-Scandinavia than Oregon-log-cabin,” says Karie.
She sums up their approach to decorating as “work on the ugliest bits first! If this was our main home, we would have rushed to get it slicker sooner; here, we like that it looks like a vacay space with a story. The bathroom still has a bizarre blue linoleum countertop, but we don’t totally hate it. We want the cabin to be comfortable and relatable like a Kiwi bach, and not strip all the personality out of it.” 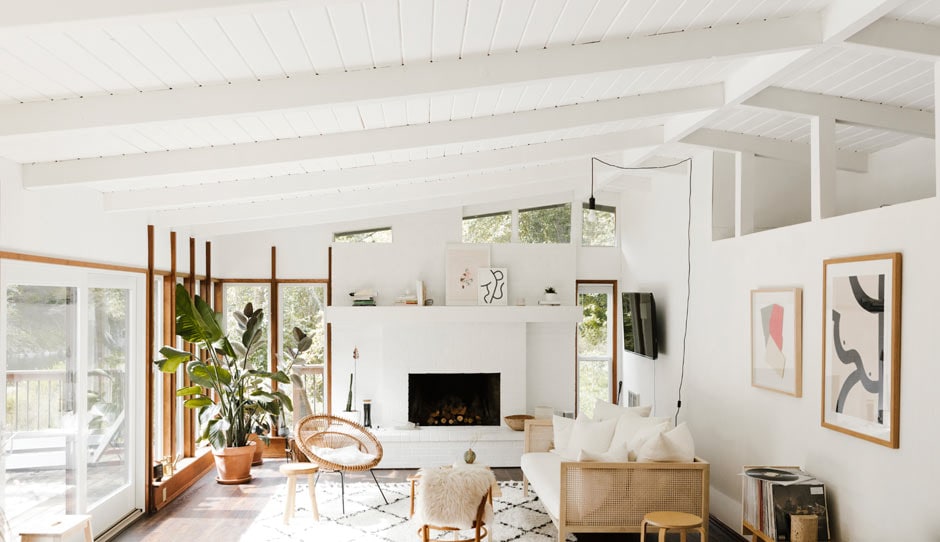 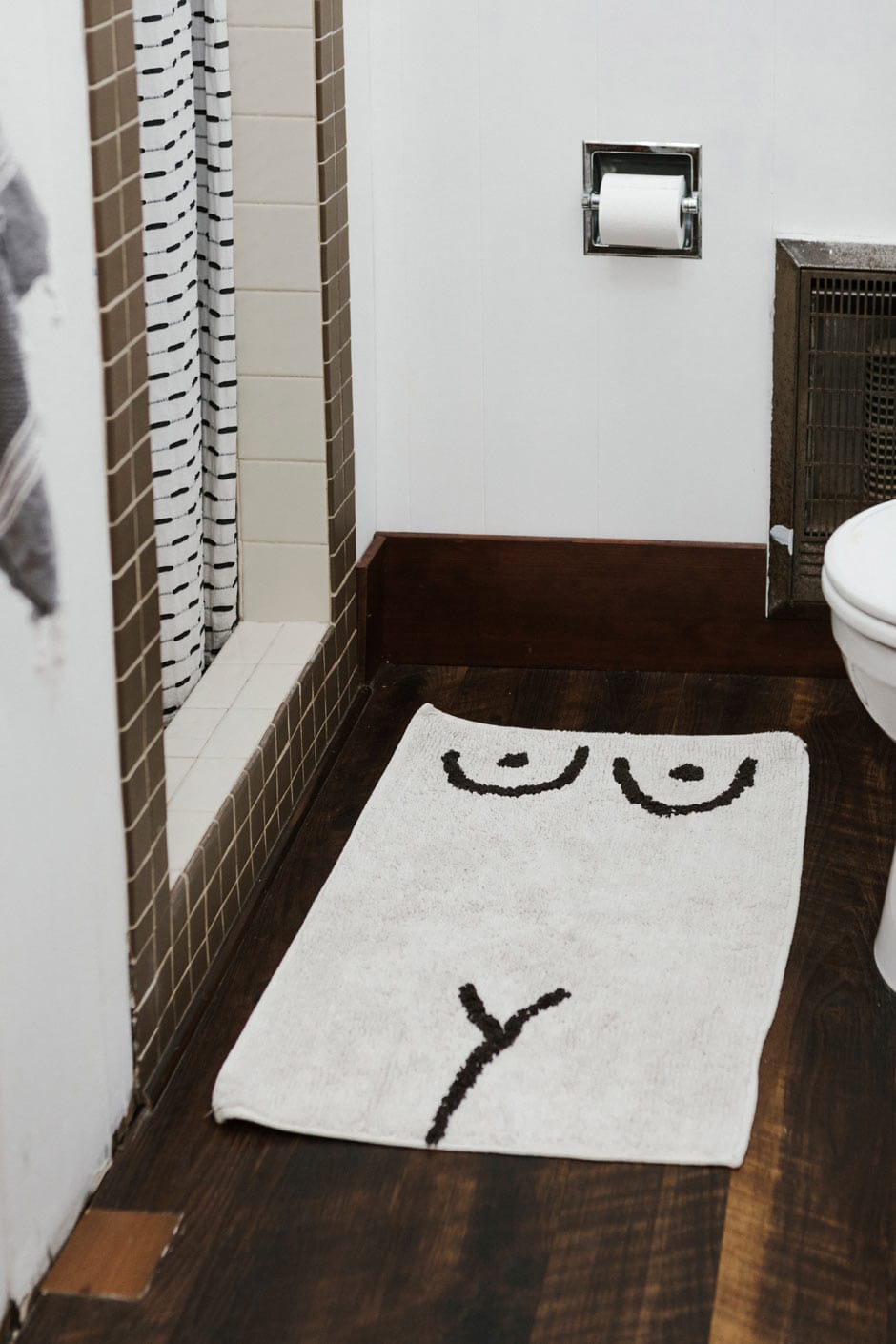 Secluded and serene, this lovely dwelling makes you feel as if you’re in the middle of a forest. Needless to say, the couple spend as many weekends as they can here, and even moved in for most of last summer while commuting to their offices in the city. It’s usually just the three of them now baby Lo has arrived, but they love to host friends here too. 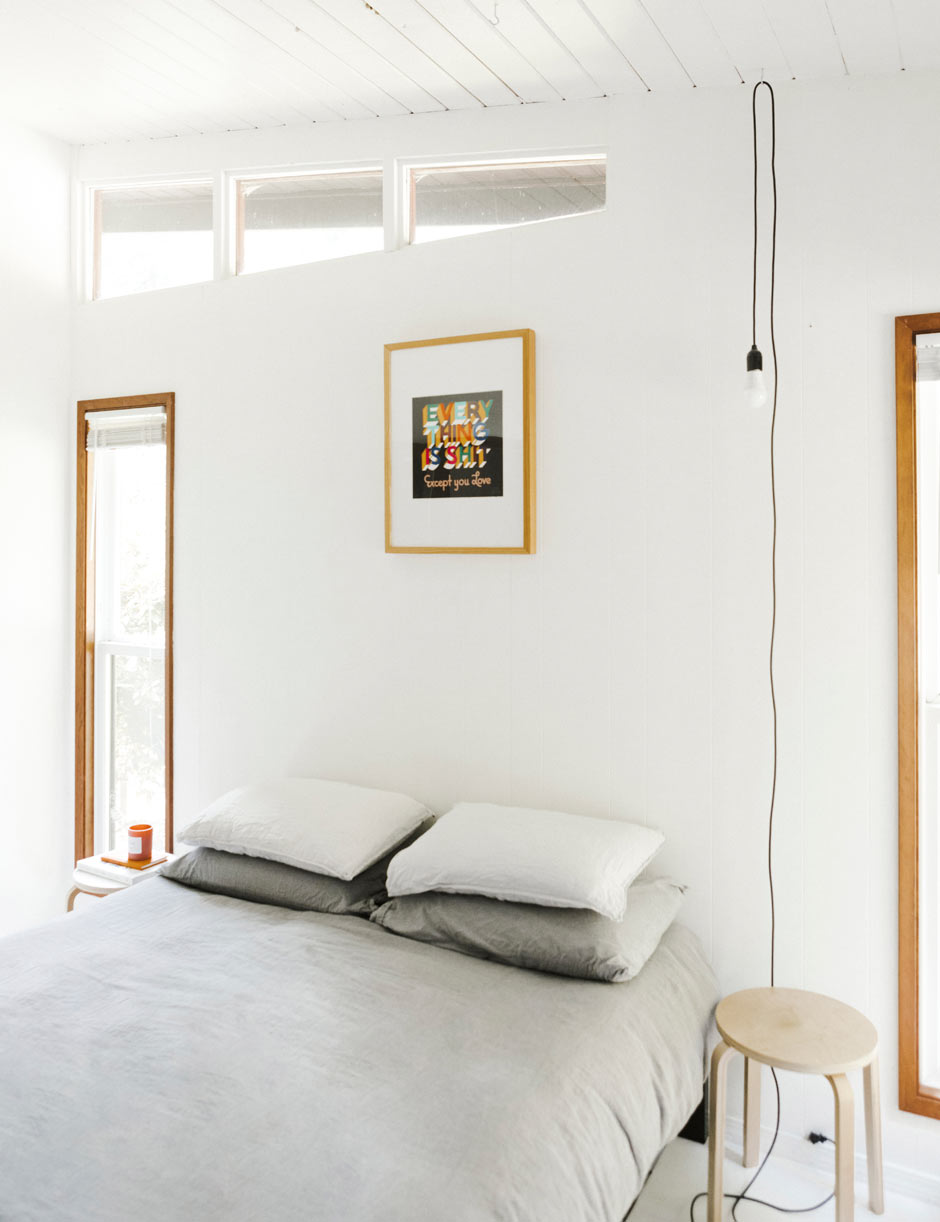 “Having lived in apartments in New York and Portland for the past 10 years, we hadn’t spent a lot of time cooking recently,” says Karie. “Now we love to prepare meals on the open fire or grill as much as possible. We enjoy lazy mornings looking out at the view while Lee makes us something yummy for breakfast, but our favourite thing to do is cook dinner on our pebbled beach on summer evenings while watching the eagles fly through.”

Between the wildlife, wind in the trees and general waterfront wonderfulness, it’s hard to say when @rivercabin_oregon is at its most magical. “We enjoy the ‘ends’ of the day,” says Karie. “Waking up to the sound of the river is the best, and the light in the evening is also pretty special; sitting down by the water in front of a fire is hard to beat.” 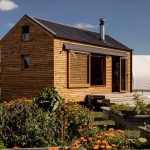 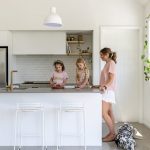