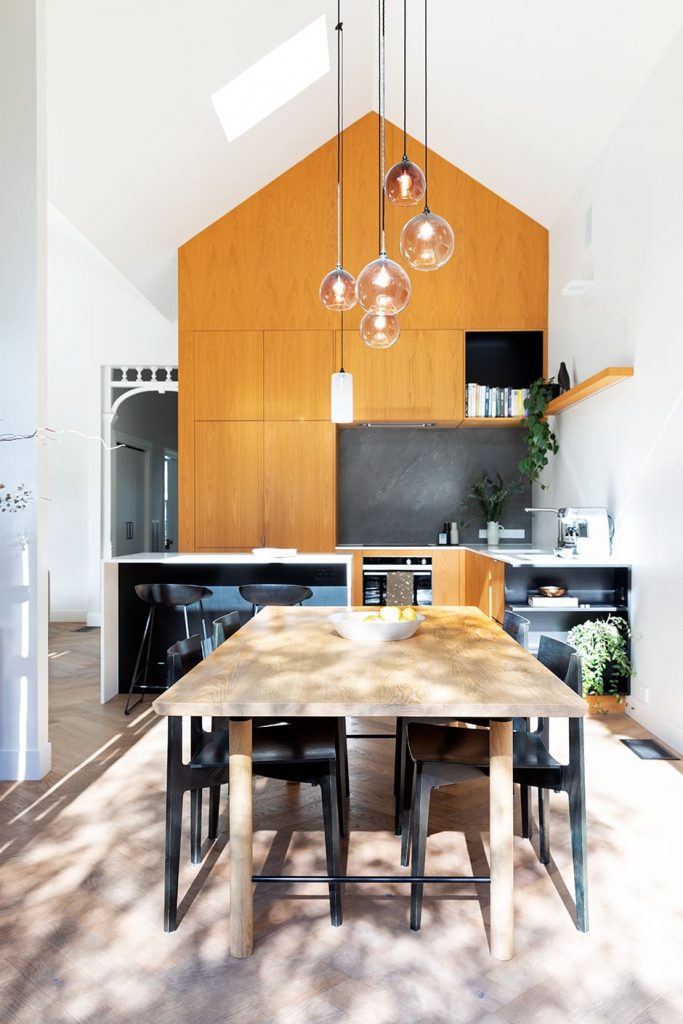 Along with Olley Construction and Xanthe White Design, they’ve transformed a rundown rental into a family home that’s wholly unique.

You don’t need to be a regular churchgoer to appreciate a cathedral-esque space — just ask Sarah Melrose and Gez Johns, whose update of a 1900 villa in Auckland’s Freemans Bay has turned a typical student rental into a glorious, light-filled sanctuary with soaring ceilings they can really look up to.

“We definitely followed the mantra of buying the worst house in the best street,” jokes Network Communication senior account director Gez about their purchase of the home with its nicotine-tinged walls, cheap carpet and mounted TVs in virtually every room; ’80s extension tacked on the back with a ceiling so low you could touch it; and “scary” amount of bamboo framing the garden. At the time, he and Sarah, who’s creative director at branding studio Milk and co founder of gift registry The Lovely, were living in Mt Albert in what had been a state house, but when daughter Stella made three, they needed more space.

With their inner-city purchase came compromise in the form of a smaller section and a house that needed some TLC to make it a home. Although they’d DIYed their Mt Albert abode, Gez says, “It’s fair to say the experience was instructive enough to ensure we knew what to leave to the experts this time around.” The pros they put their faith in were architects Pac Studio, builders Olley Construction and landscape designers Xanthe White Design who, inspired in part by the couple’s admiration of late US designers Charles and Ray Eames’ plant-fringed timber and glass home and studio in LA, replaced the main living, dining and kitchen area at the rear of the house, laid new flooring throughout, upgraded the main bathroom and redesigned the garden.

This being a narrow house on a skinny section, Pac Studio had only so much room to devote to reinvention, so they turned their talents to creating the illusion of space. Project lead Liz Tjahjana says, “We had no hesitation in stripping out the failing lean-to to create an extension that would be more sympathetic to the original home, incorporating the parts of villas we love, such as high ceilings and generously proportioned windows. Although the home had flat ceilings, it also had a double-hipped roof, so our key architectural intention was to extend the roofline to form a new extension with a skillion ceiling. The formal gesture of the double-pitched roof has created strong geometries and some beautiful moments. The steel joinery echoes the verticality of the house and roof, and includes bifold doors that open onto the backyard and a covered patio.”

Inside, every inch is purposeful. The two tall roof forms make the extension feel light and generous, despite the footprint not growing significantly. Other dextrous details that answer the prayer for space include the recess in the living area, which houses appliances without encroaching into the seating zone. Pac Studio designed the built-in cabinetry here to mimic a special sideboard housed in a similar nook in the adjacent dining room.

Minimising the windows on the sides of the house (while maximising the openings at the rear) has provided sacred privacy, and skylights let in still more light yet no prying gazes from the neighbours. To focus the attention on the grand design, the material palette has been tightly edited, the congregation of steel, glass, and cedar and oak timber meeting off-white walls and black accents for contrast.

“Working with Pac Studio was great,” reflects Gez. “We loved the double high-pitch effect and were sufficiently drawn into the aesthetic to revisit the bank manager.”
“We had a budget but wanted some hero features, which are the cathedral-like ceiling, steel doors and herringbone flooring — but the biggest thing they did was take a small footprint and make it feel epic,” adds Sarah. 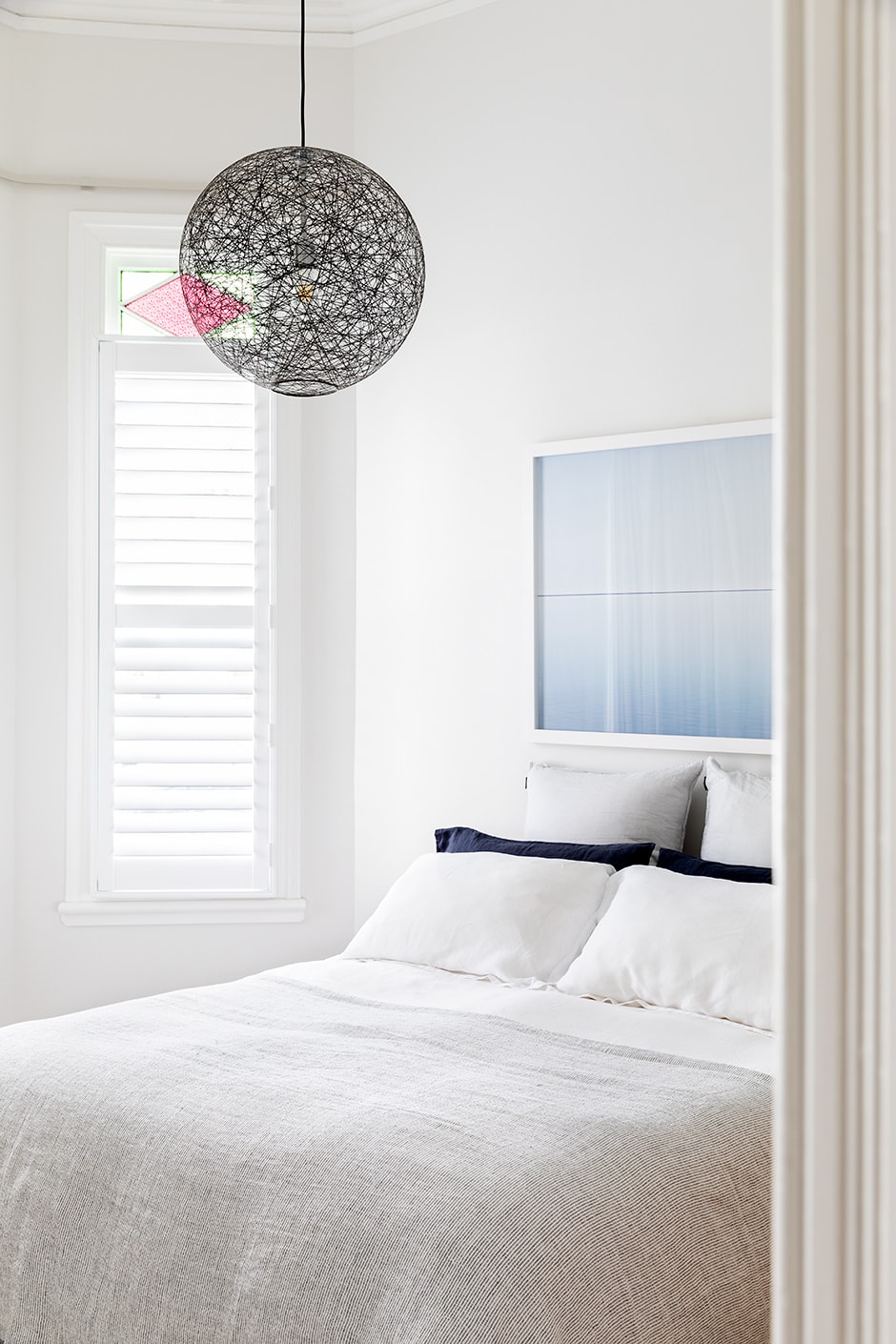 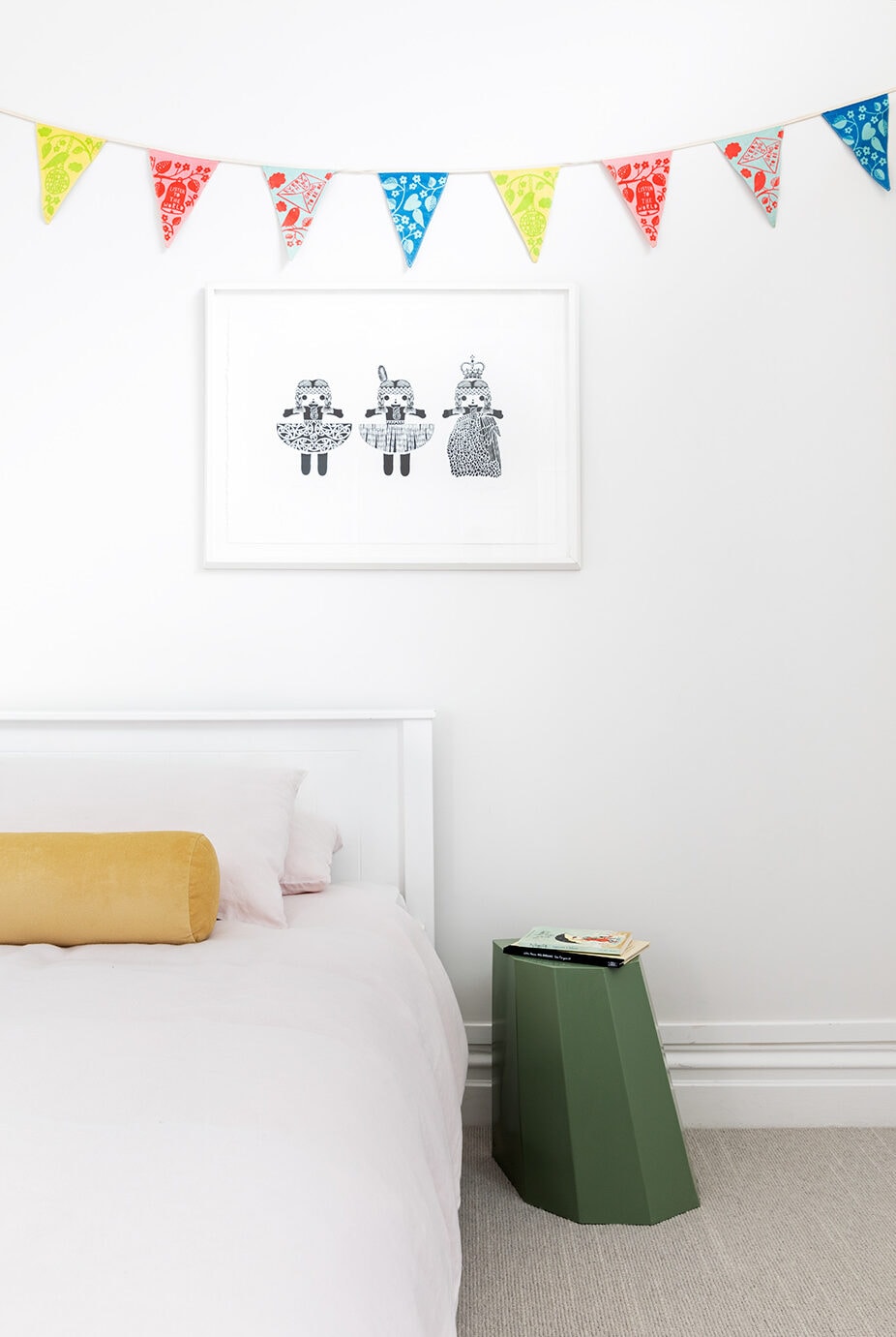 Life here is as you’d expect it to be with two working professionals, an energetic nine-year-old and a “slightly mad” dog — rinse-and-repeat busy but also a lot of fun. “The biggest change is that now when we walk through the door, we feel like we’re home, rather than just back at the house,” says Gez. “The combination of space, wood and greenery provides a pervading sense of calm — at least until you step on a stray piece of Lego or squeaky dog toy that reminds you it’s a home full of life!”

PreviousCool pool floats by &Sunday, for fun that doesn’t compromise on style 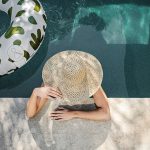 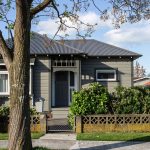