A home for the holidays ’50s-bach-style 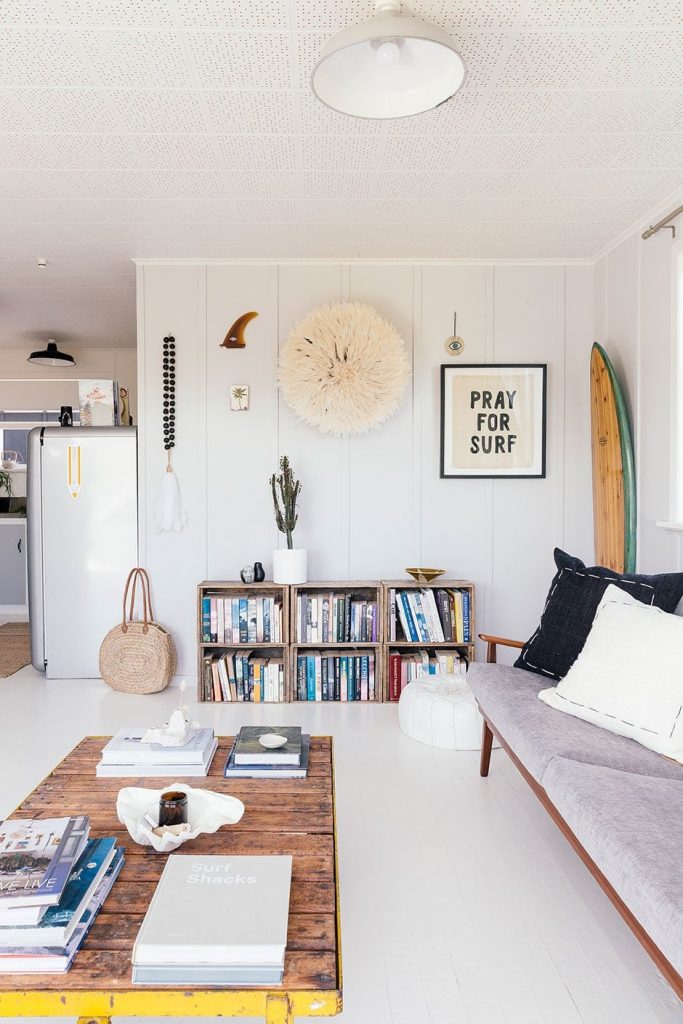 The living is very laid-back at this renovated Matakana cottage, which plays host in classic Kiwi style.

When hunting for a bach on the coast north of Auckland, Joanna and Neil Cowie had one main requirement: simple pleasures. The property they found near Matakana fit the bill. “We took a drive up from Auckland to look at this place one weekend, and when I hopped out of the car and spotted a flock of quail darting around, I was sold,” says Jo.

The location got a second tick when the keen birdwatcher noticed the abundant birdlife in the otherwise quiet street. “The Tawharanui Open Sanctuary has brought a lot of different species to the area,” she says. “We get kererū, korimako, kookaburras and kākā, and at night we can even hear kiwi.”

The two-bedroom 1950s cottage was also exactly what the couple had been looking for, and that it was only a 50-minute drive from their home on Auckland’s North Shore made it even more appealing.

In true bach fashion, the couple’s renovation project wasn’t about making things fancy — the changes they made were mostly designed to optimise their downtime. With their now- adult children Matt, Jamie and Emmarose all teenagers when the couple purchased this place, the lawn at the front was grown with camping in mind, so each summer it could accommodate the kids and their mates.

As for the house itself, “We were in Montauk [near New York City] last year visiting Matt while he was working, and the cute little board-and-batten cottages there caught Neil’s eye,” says Jo. The minute he saw them, he said, “That’s what we’re having at the bach”, so when they arrived home, they hired skilled tradies to add board-and-batten framing and a fresh coat of black paint to the bach’s exterior. The look kick-started a styling theme, and with the intention of modernising the space without detracting from its original charm, Jo ditched the kitsch existing wallpaper and brown-and-orange carpet in favour of white floors and walls featuring the same board-and-batten detailing throughout.

Keeping the ’50s vibe alive in the kitchen, they replaced the stainless steel bench and added an extra wooden one to create another working surface. Tiles left over from the renovation of their Auckland kitchen were used to make a splashback, and the cabinetry was updated with glossy Resene Surrender and The Society Inc Hardware handles.

The couple are ardent travellers, so the bach’s decor includes items picked up on their trips around the world. “I try to choose pieces that will stand the test of time and aren’t too gimmicky — and that ideally fit in my suitcase,” says Jo. “The kids also find me things. Emmarose found  the Formica dining table and made the beautiful wreath in the bedroom, and Matt and his partner Briar sent me sea coral from the Bahamas.

“You could say this little surf shack is nostalgic,” she continues. “The kids say it’s a place where all my unloved stuff goes, but I prefer to think I’m giving old items a new lease of life. In a different environment, objects look new again.”

The sleeping arrangements have also adapted over time. “Three years ago, we had 12 staying for Christmas and New Year, so Neil and Jamie built a platform up the back for a bell tent, which can fit two double beds,” says Jo. “Last year, we added a sleep-out, so Matt and Briar have their own space when they came home for the holidays from their work overseas.”

Jo’s an early riser and says nothing beats drinking a coffee on the deck while listening to the birds in the morning. “It’s my kind of meditation.” Come summer, their chatter is joined by the hum of holidaymakers. A queue of tractors towing boats makes its way to the beach, happy kids roam the streets barefoot, and families put up tents on lawns left, right and centre as they gather to unwind in quintessential Kiwi style. 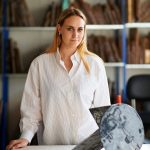 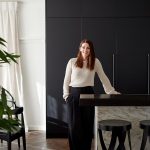