You got that right 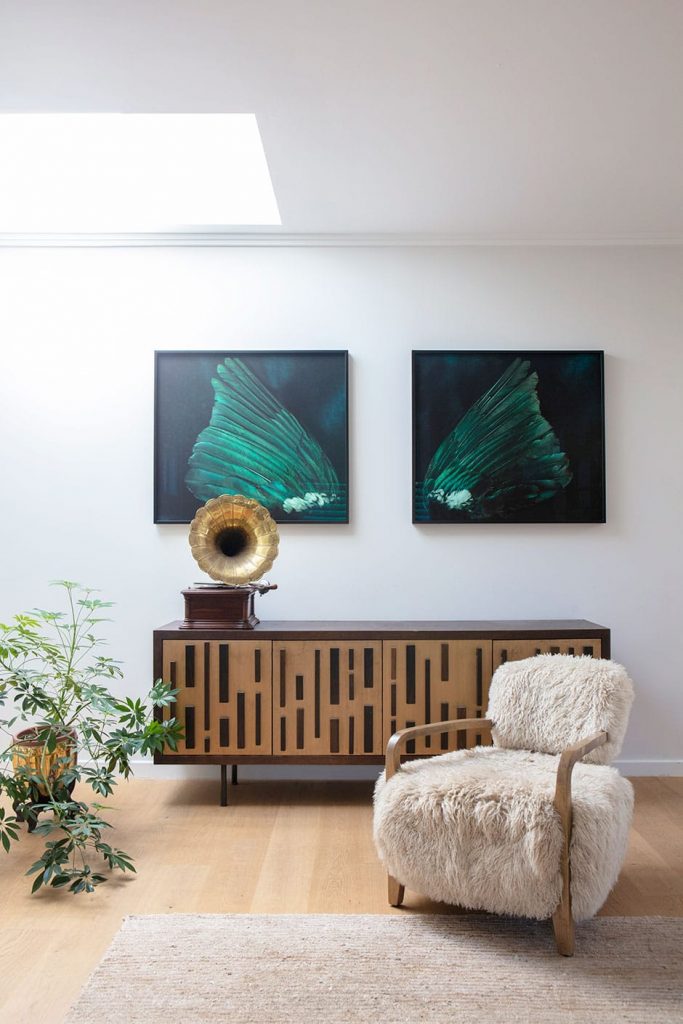 The owners of this house didn’t leave much of it as it was, but they made everything as it should be.

The flat lawn occupied by soccer nets provides a clue as to why Ry and Mike Imre didn’t take the usual path when turning this bungalow in Auckland’s Mt Eden into a family home fit for the future. With two children who are super-keen footballers, stealing land from the garden to extend was not the preferred option. Instead, they gained 140m2 and a whole lot of living by using the wasted space in the basement and under the roof.
When the couple, who own a building company, saw the red-brick bungalow with its clay-tile top — a typical specimen of its era — they were interested but not enamoured. But they wanted to move into the area for the school zone and, as serial renovators, knew what they were doing.
Built in the late 1940s, the home’s interior had some art deco-period detailing: decorative architraves, leadlight windows and a kitchen with curved walls and pastel-blue cabinetry. The backyard was big but unlovely, basically a bed of volcanic rock with a rotary clothesline drilled into the middle of it.

The Imres gave themselves a punishing deadline for part one of the renovation — the first-floor level that was set to be the main living zone. “We took possession on Friday and by Saturday morning had two 9m skips being replaced daily as we stripped the house,” says Mike. In just six weeks, he and his team demolished all the internal walls, insulated, rewired and re-plumbed, then built the reconfigured walls back up and installed a temporary kitchen. They relocated the front door from the side of the home to its rightful spot — at the front — then squeezed into the 110m2 while they regrouped, with the kids, Carlo and Hollie, sharing a bedroom. 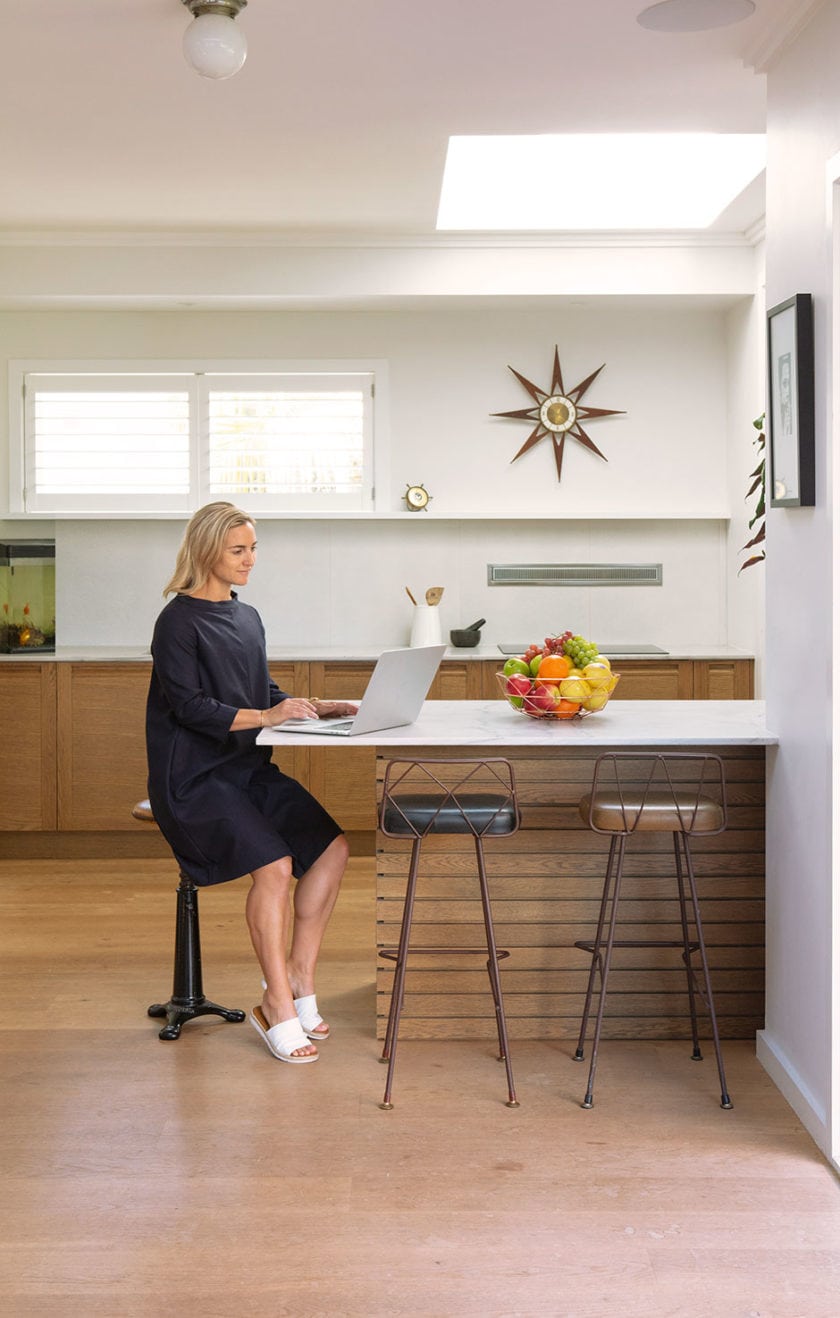 A year later, it was time to tackle the basement. Out came the kango hammers as more volcanic bedrock was chipped away. Long story short, they carved out two bedrooms, a bathroom, a laundry and a teen den complete with arcade games on the level that once housed a garage.
With that work done, the elders of the Imre tribe sat back satisfied, until tinges of jealousy at the kids’ retreat started to creep in and some finishing touches were needed, including a master suite and a new kitchen. They began to plot their own escape beneath the rafters. Popping up and out part of the roof enabled them to create a hotel-like suite with a bedroom, bathroom and walk-in wardrobe. A glass roof above the shower turns an everyday experience into something special. 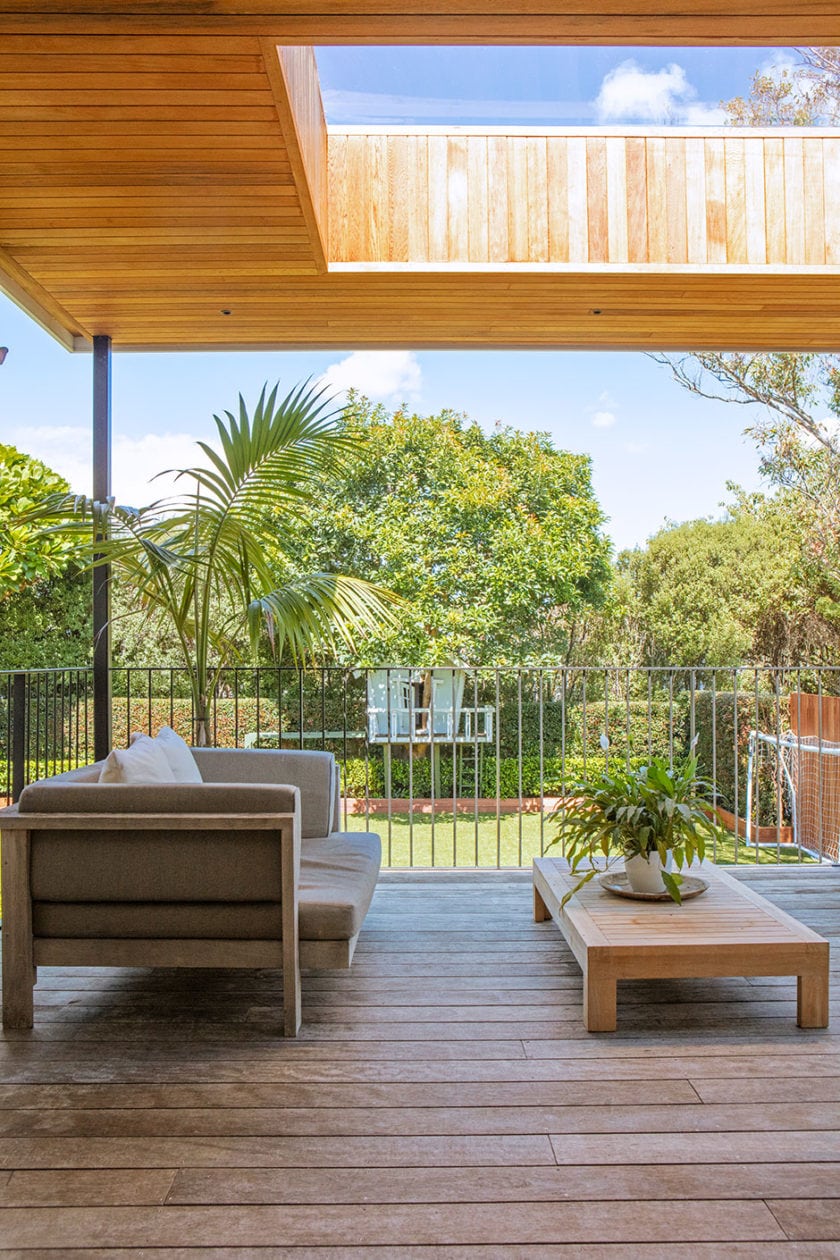 Five years on from that first day of tearing down walls, the house may have the same structural footprint but in every other way it’s an ugly duckling transformed. The couple painted the brickwork in off-white Resene Triple White Pointer. “We thought of rendering the bricks but decided against it because we love the texture,” says Ry.
The dining and kitchen area, which looks out over leafy suburbia, is tied together with American oak flooring and the kitchen expertly bridges the gap between the ’40s and today. It’s light with a leathered Brazilian Carrara stone top and oak cabinetry with graphic negative detailing. 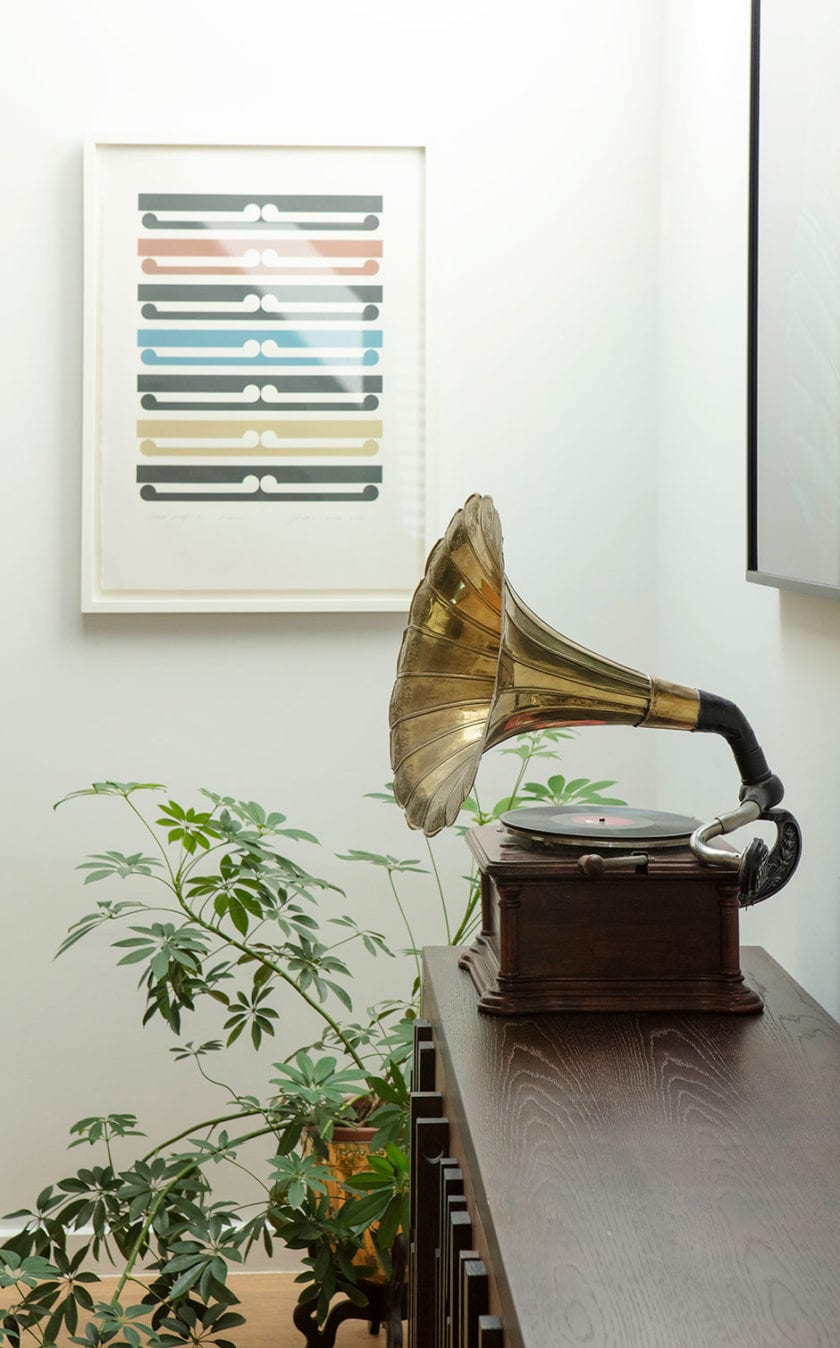 Keeping the spirit of the original home alive was important to the couple, who retained the brick fireplace and original light shades, detailed the new architraves art deco-style and reused products where they could. The open-tread stairs that float up to the upper level are made from kauri joists pulled out of the house and stained dark, resting on recycled steel beams. 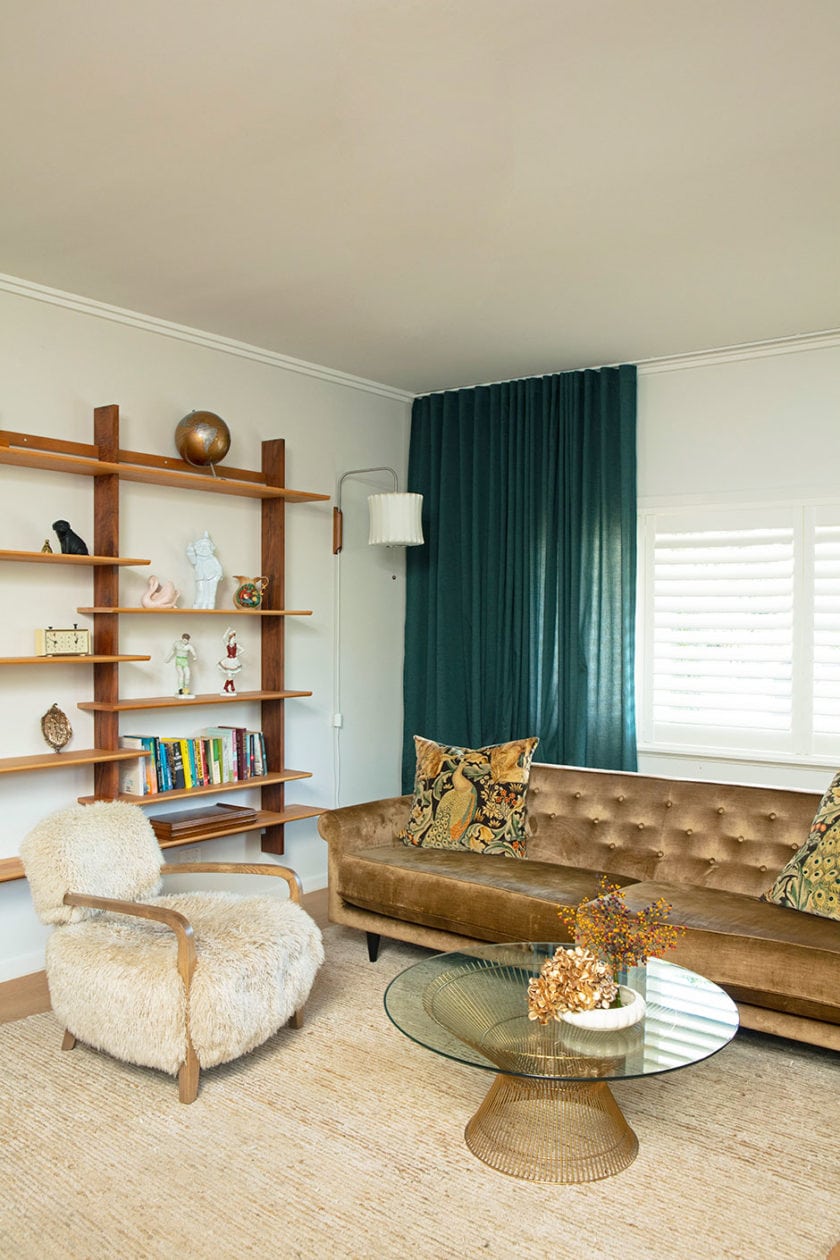 While reticent to label the interior style, if pushed, Ry will settle on ‘muted retro’. It’s an eclectic mix, with many pieces inherited from Mike’s Hungarian grandparents. A wooden-armed chair designed by Timothy Oulton that’s covered in shaggy sheepskin references Scandi style, a velveteen sofa is vintage-chic, and a fringed table lamp is from the Victorian period. Mid-century art by Gordon Walters hangs alongside striking modern photographic works by friend Fiona Pardington. All set against a crisp palette of white walls and well-planned spaces, it hits the right balance of character and contemporary. 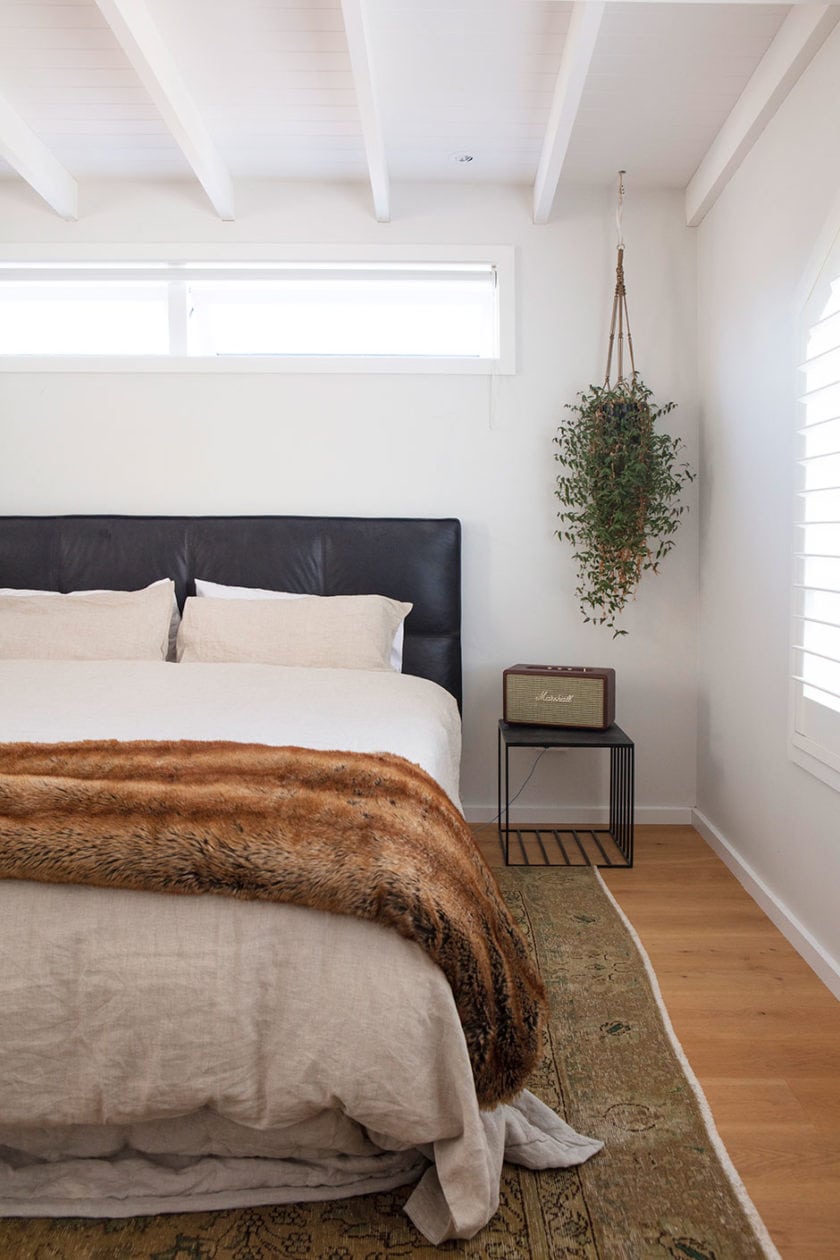 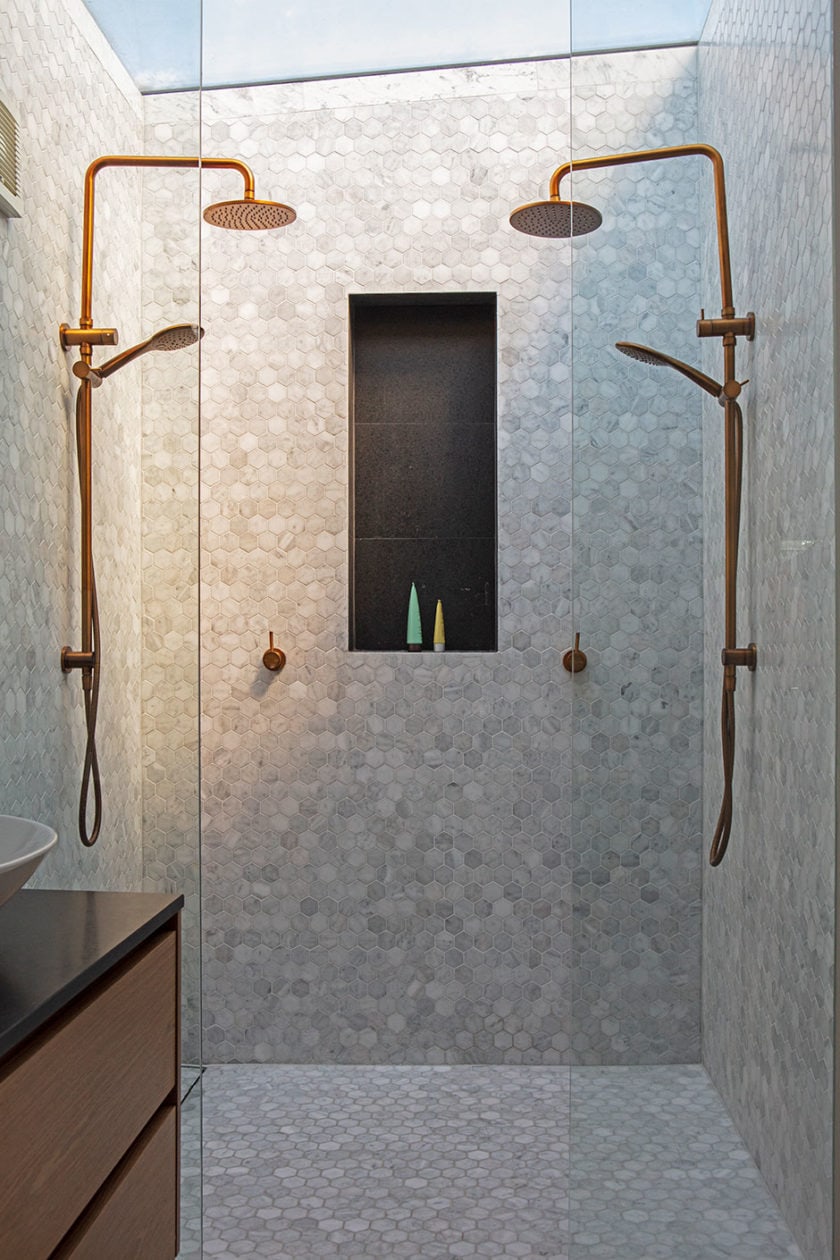 Since meeting at 22, Ry and Mike have been ankle deep in renovations — four times in a row, through pregnancies, sleepless nights and two toddlers — so when they moved here, they never dreamed they’d stay long. But now there’s the perfect teenage hangout downstairs, an adults-only retreat upstairs and a fabulous meet-in-the-middle space in which to commune, they’ve changed their minds. 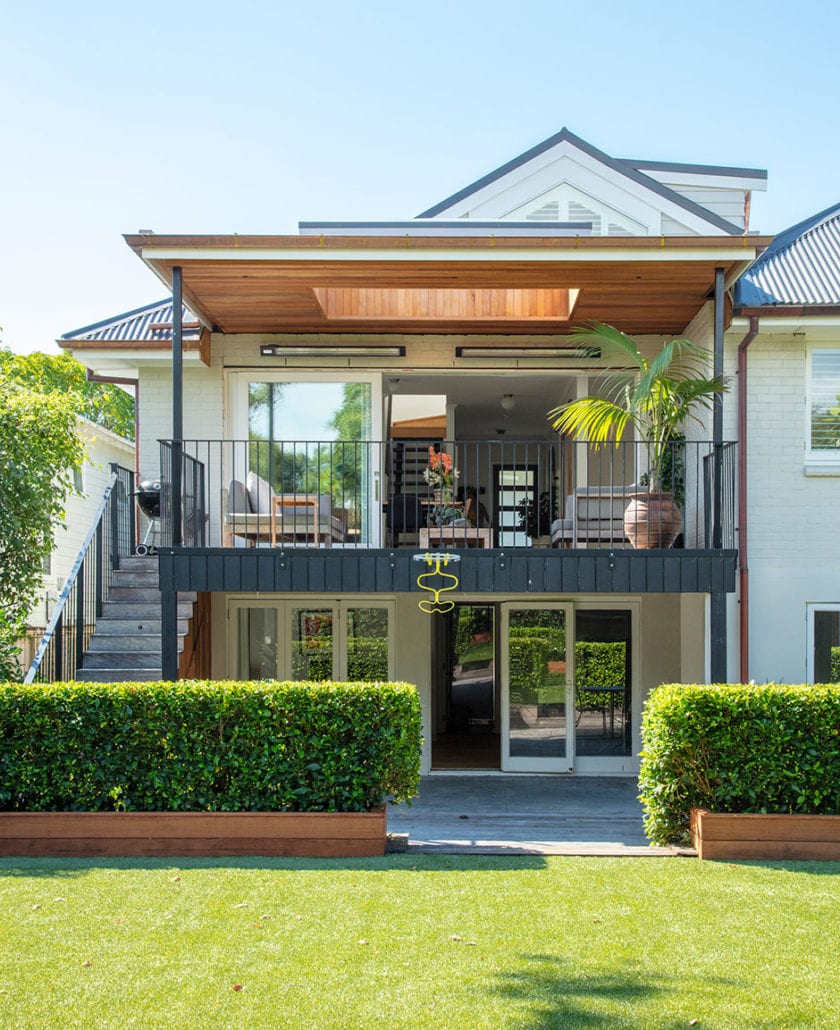 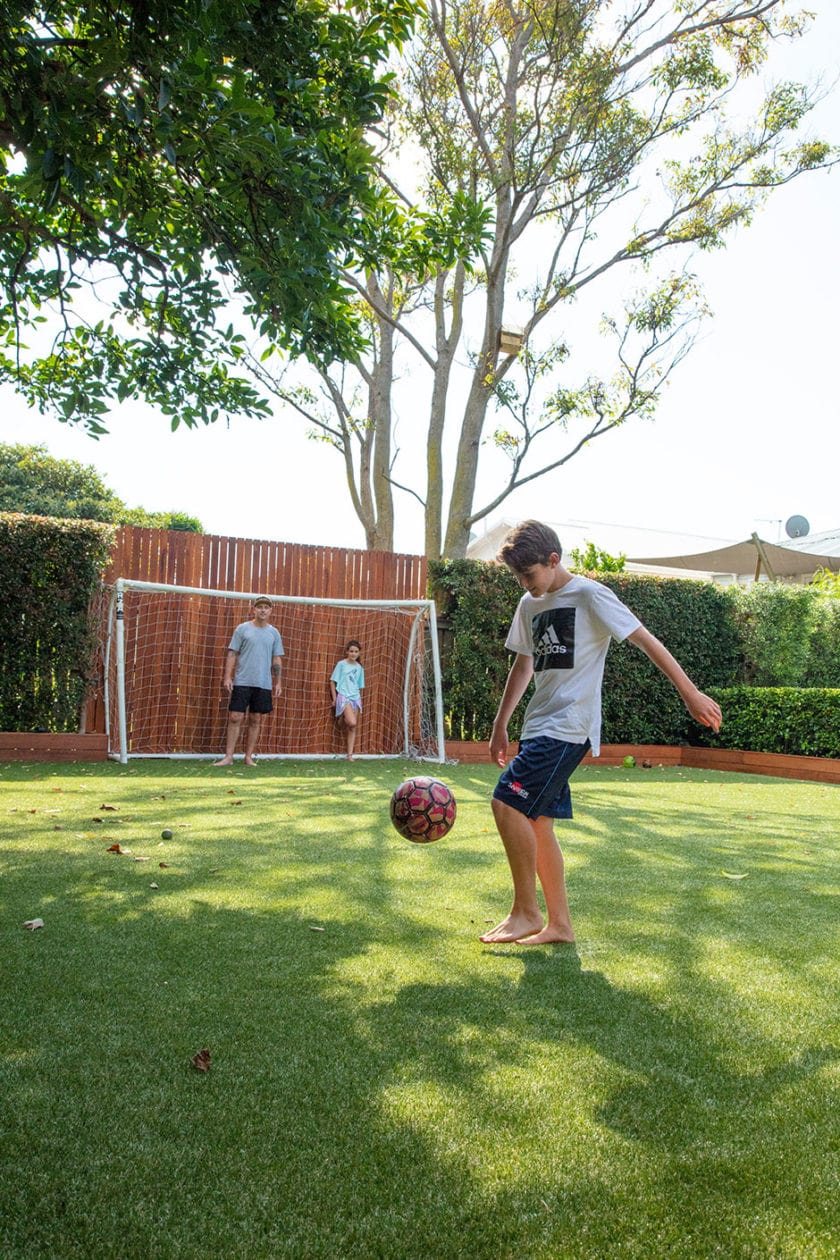 Ry says she quite likes that home life is now relatively chilled, without dust from renovations constantly settling. “The truth is, she won’t let me do another house anytime soon,” says Mike. Instead, these days, when he has energy to burn, there’s that expanse of lawn and the goalposts waiting for action. 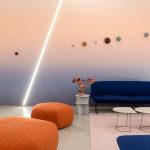 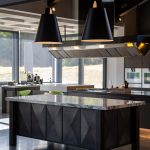