You and me both 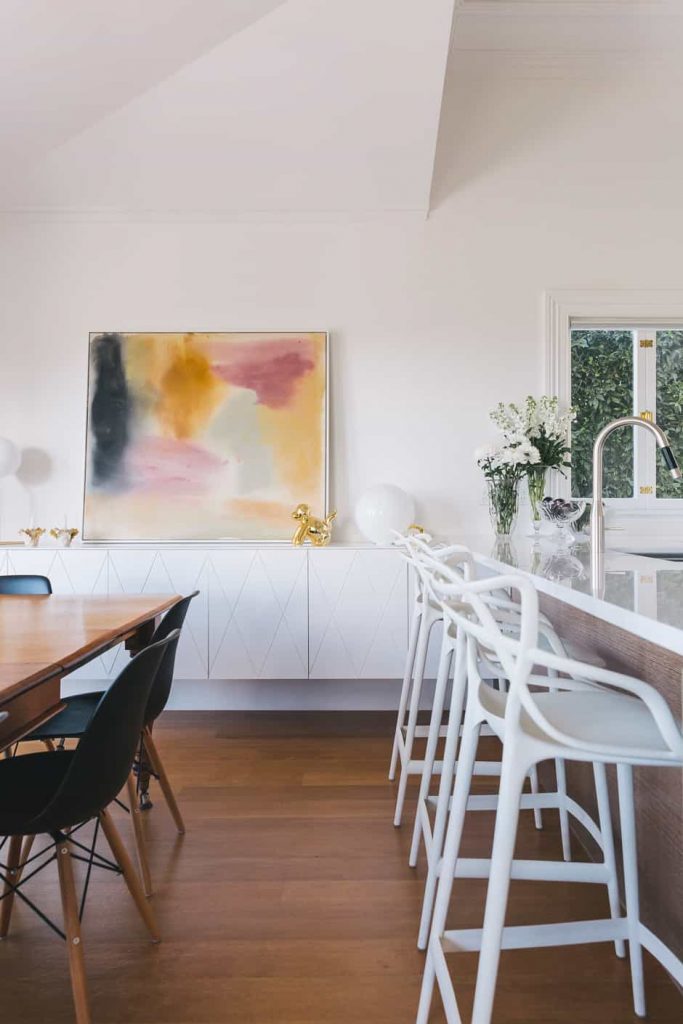 The revamp of this home was a delicate balancing act, with the results a sophisticated mix of his and hers.

If the secret to a happy life is finding balance, Kiriana and Will Tipping have it down. With mother/student Kiriana favouring the flamboyant and lawyer Will a more traditional type, the renovation of their villa in Auckland’s Freemans Bay was a careful alchemy that transformed the home over the course of a year into a spectacular blend of exciting visual statements and pared-back sophistication. 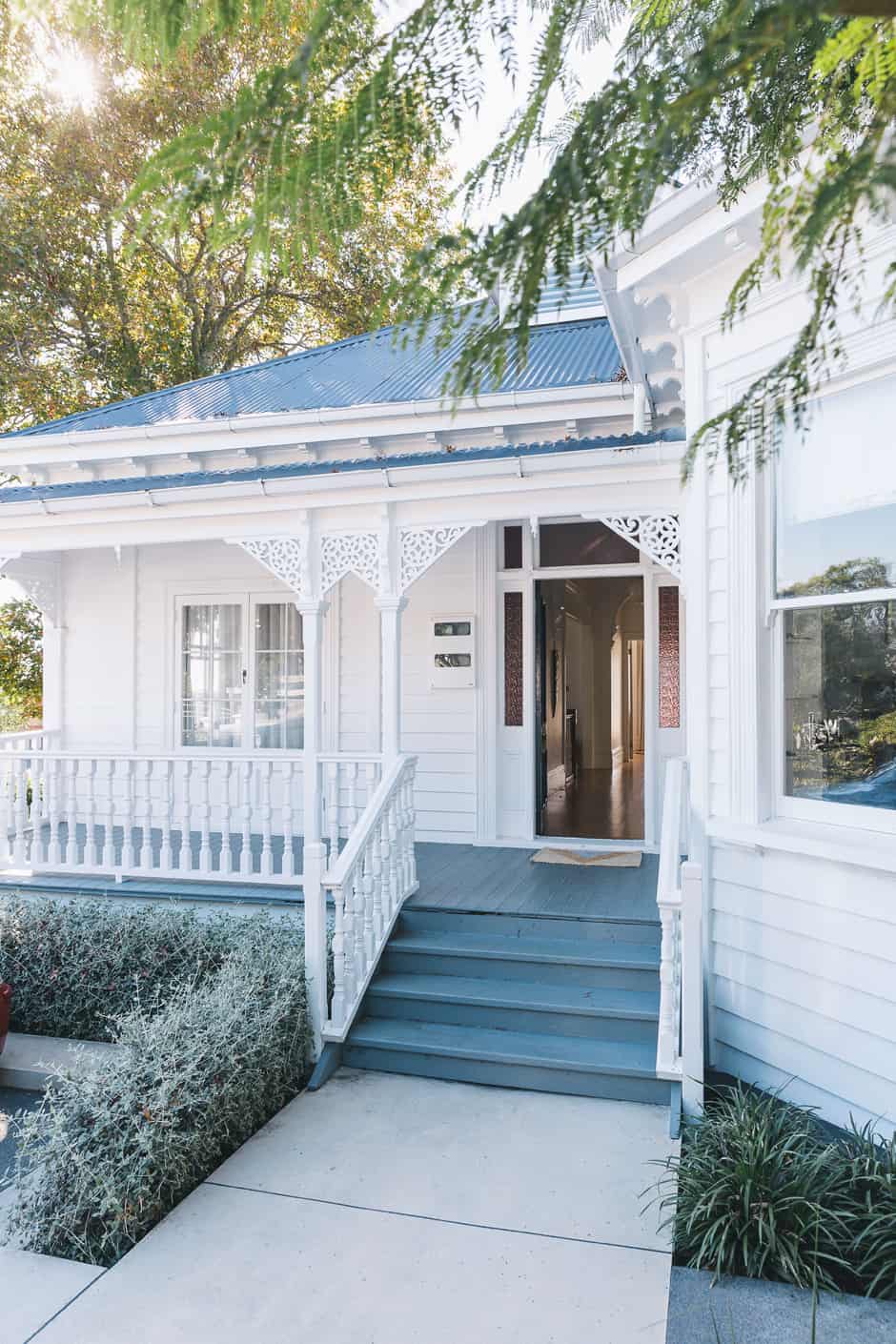 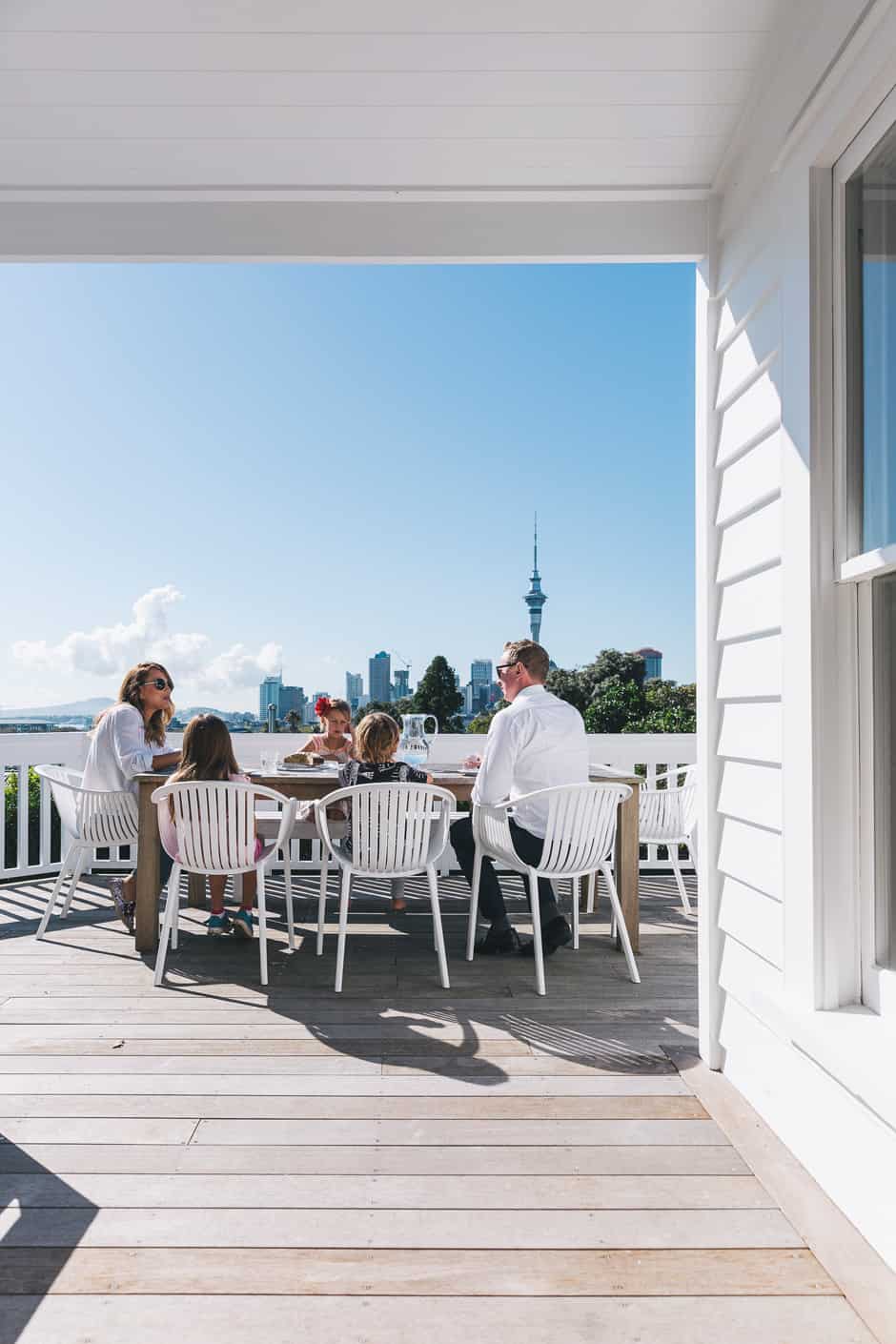 Not for the first time in the history of romance, it’s this couple’s differences as much as their common ground that make them the perfect pair. “I can be quite out there and Will’s super-relaxed and easy; I’m more of a social person and he’s more of a homebody,” says Kiriana. “We just seem to work really well. I kind of push him and he holds me back a bit – and I need that. Because Will’s a lawyer, he’s detail-driven, whereas I don’t always think of the consequences. I’m just like, ‘That sounds amazing, let’s do that!’ and he’s the complete opposite.”
Never was their dynamic more evident than during the acquisition and renovation of the home they stumbled on one day when out for a walk. True to form, “Will fell in love with it straight away, and I hated it,” says Kiriana. “It had not been taken care of and needed everything done to it. But Will could see past all that, and once the cleaners had been brought in, we both saw what it could be.” 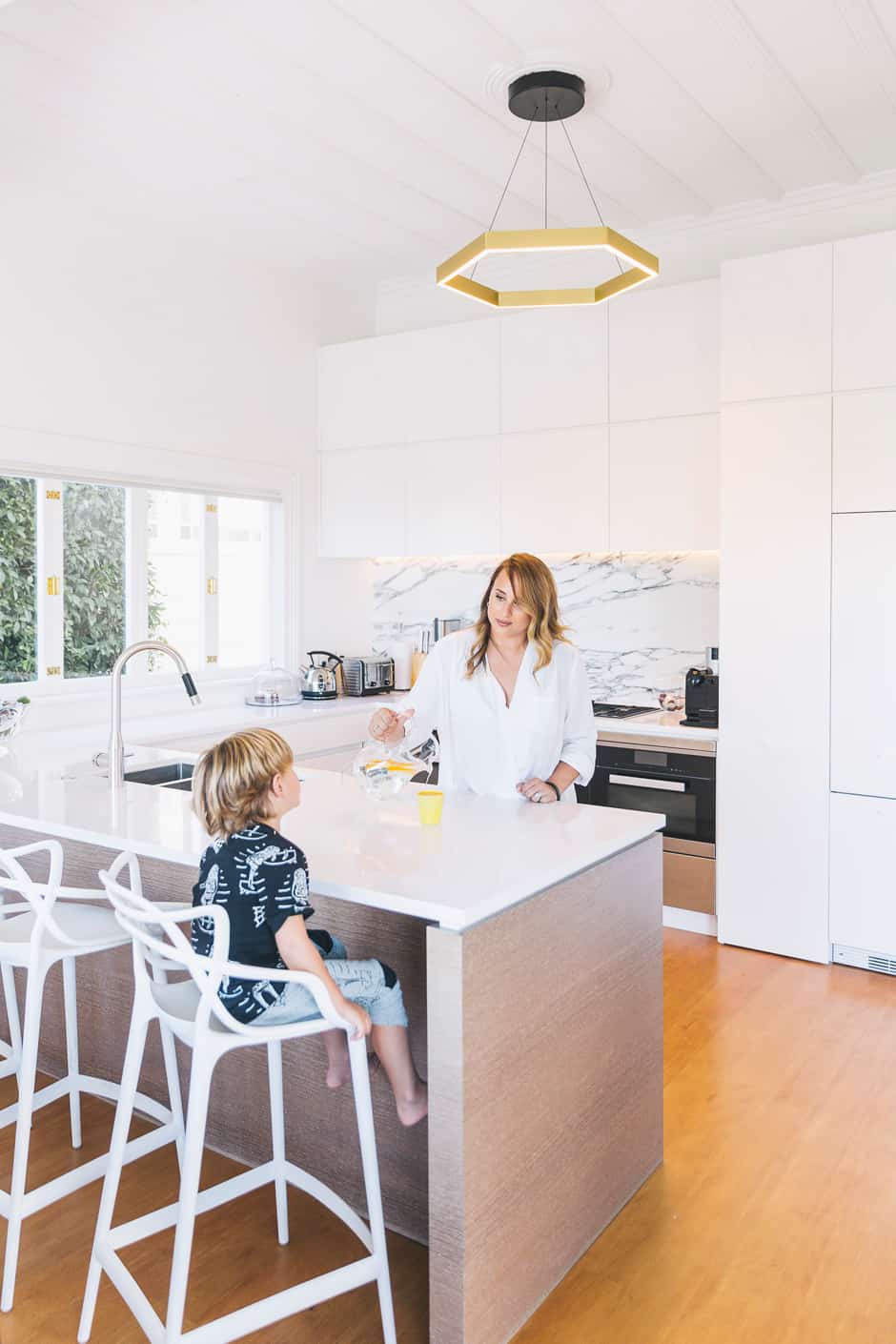 Built in 1904, the three-storey home had been renovated in the 80s, resulting in a structurally sound shell with a great layout and flow to which the couple applied their ideas with the help of builder Mike Macdonald of Mac Build and interior designer Janice Kumar-Ward. Step one involved turning the sloping driveway and tiered garden into off-street parking and a flat lawn and pool area, a smart move that meant when the work started inside over summer, the couple had somewhere to retreat to with their three kids.

For the interior, it was essentially a refresh, which included removing part of the kitchen wall and extending the main bathroom a bit. Beyond the equilibrium Kiriana and Will found between their individual perspectives is the balance they achieved between old and new, their goal being to honour the character of the house but bring it into the now. The finished product is a fantastic mix of “quiet and loud” spaces that cater to every occasion, with the master suite upstairs; the majority of the living areas on the middle level; and a games room, second guest room, third bathroom and laundry below. Little surprises in each space make it unique to the family, yet combine naturally with the heritage features. Pale Resene Alabaster on the walls throughout unifies the décor and allows these standout pieces to shine without seeming overkill. 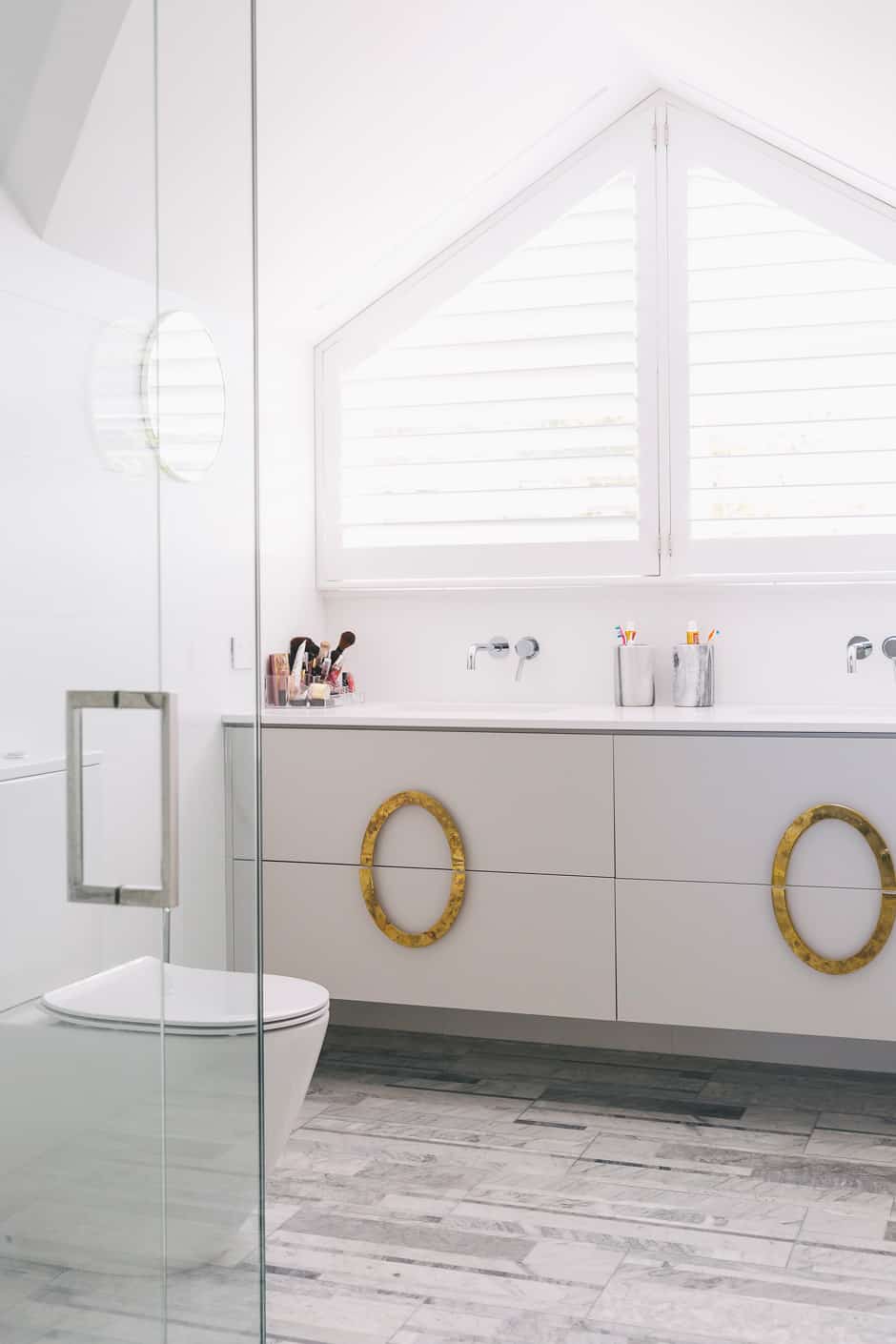 “We managed to bring both of our styles into the house,” says Kiriana. “Will’s aesthetic is classic and homely, and mine would be… eclectic? I don’t even know how to describe my style, apart from everything I love being super expensive! I think the house would be way more in-your-face if it was up to me. I had all these ideas in my head, but then Janice would send me pictures and I’d be like, ‘Yeah, that makes sense.’ It was great having her ticking off the things each of us liked, saying, ‘This will work; that won’t work; have you thought about this?’ She was able to translate what we both wanted.
“Janice’s big thing was creating memories in each room for the children. For example, when the Roman blind in the girls’ room is down, it’s like a beautiful painting – you can get lost in it. Lying in bed staring at their feather pendant – it’s soft and serene but gets your mind going.” 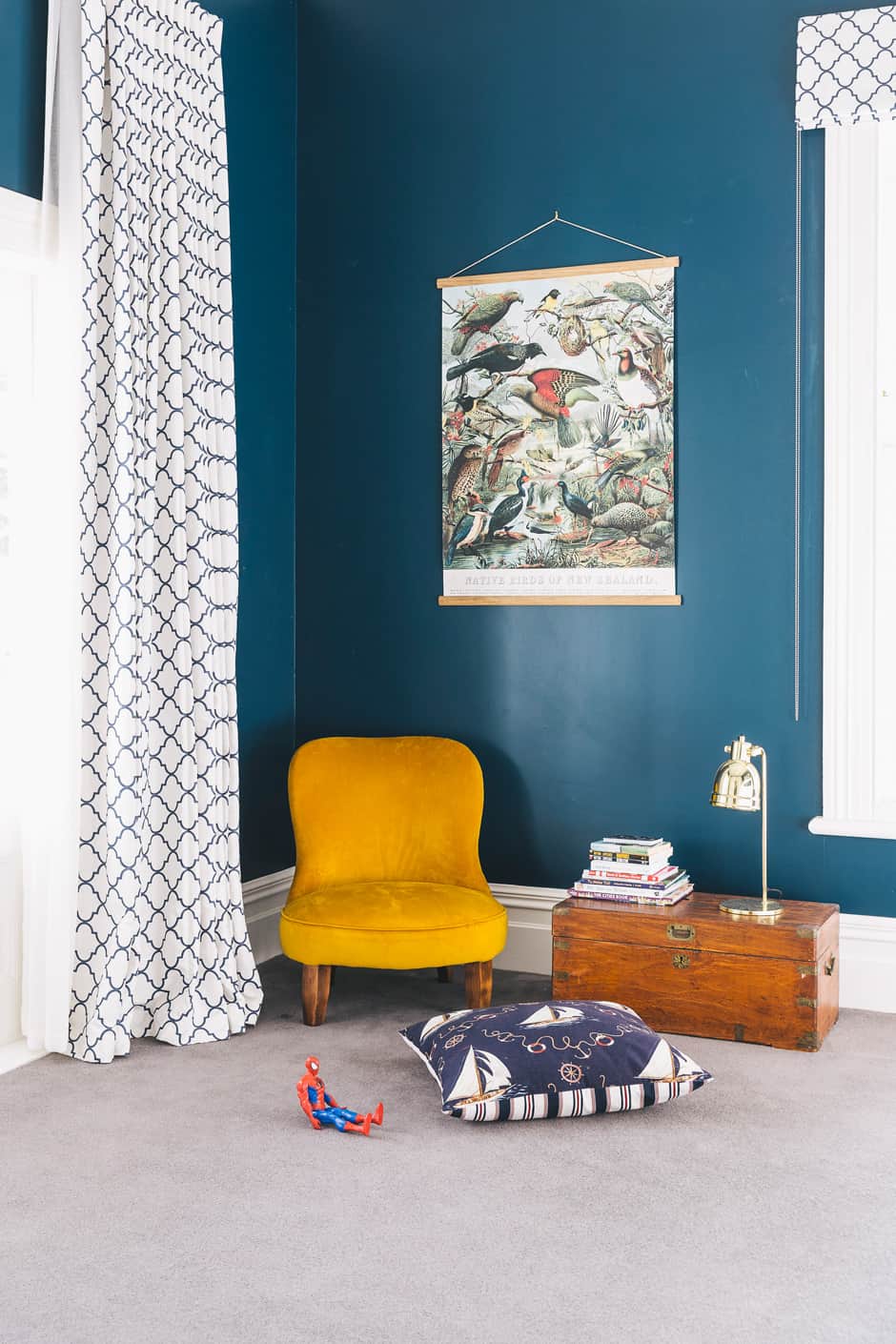 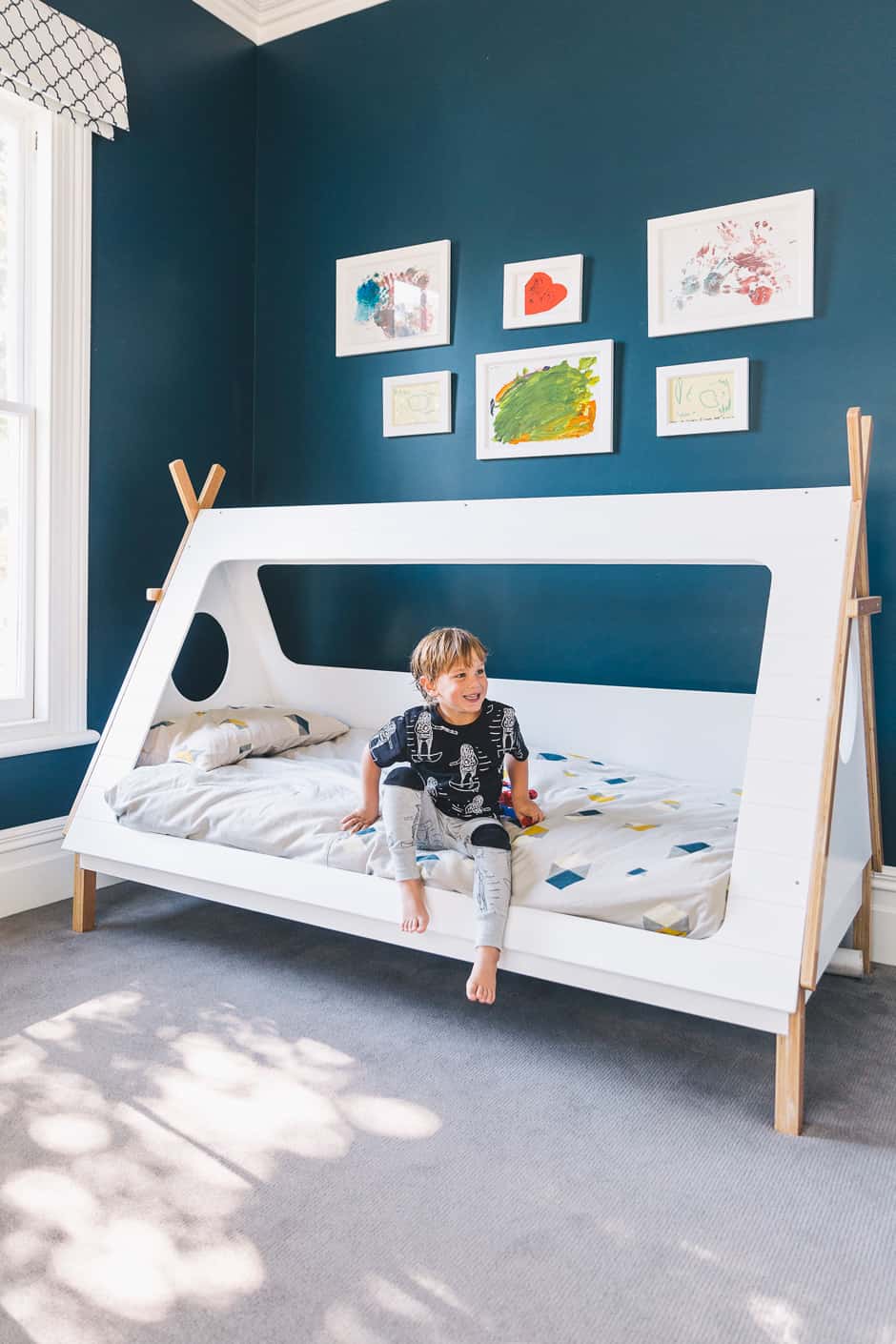 Lighting, meanwhile, became Kiriana’s pet project. “I didn’t realise how much I was into it until I started this,” she says. “I really feel like it makes a space.” Ergo, amazing pendants dot the house, and sensor lights lead along the hallway and up the stairs to the master suite. The couple didn’t want a pendant in their room, so Janice suggested recessed lighting that washes up the walls, and they went for a similar effect in the ensuite. 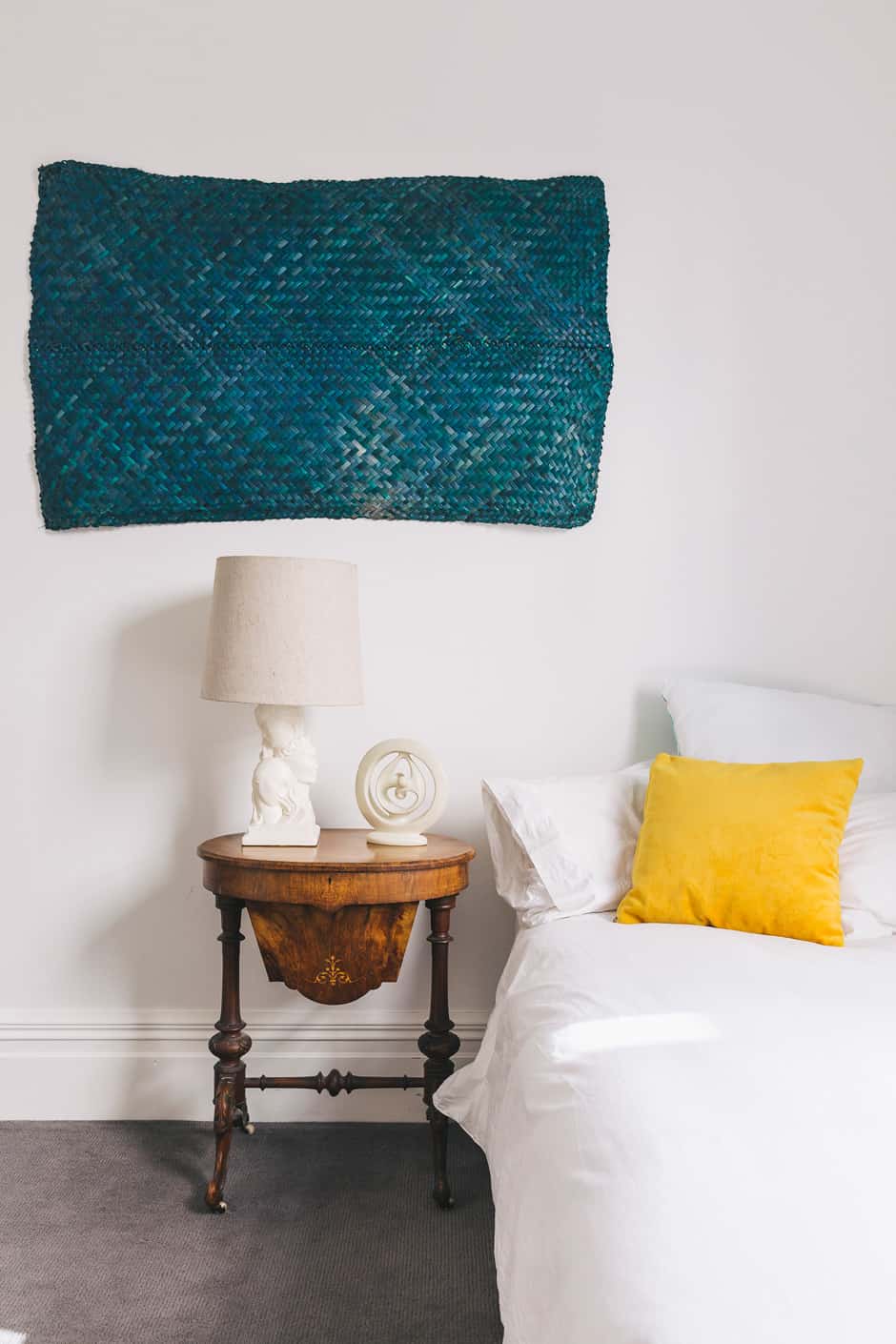 Kiriana might still think the circular white pendants in the entryway – which Will chose for their elegant simplicity – are too boring, but she says some of her more extroverted touches have grown on her other half. “He thanked me for pushing him, which is really nice,” she says, then laughs. “I was like, ‘I told you I’m right!’”

Seriously, though, for all the back and forth, they really have achieved an ideal mix. “I love how our house is so cohesive, yet every room is different,” says Kiriana. “It’s quirky but not in-your-face, simple but still detail-driven, luxurious without being over the top. And it has both Will and I in it. It feels like ‘us’, not one over the other. This is just me and him – you couldn’t really separate us two.” 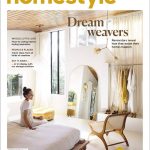 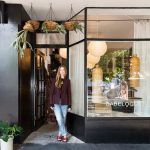