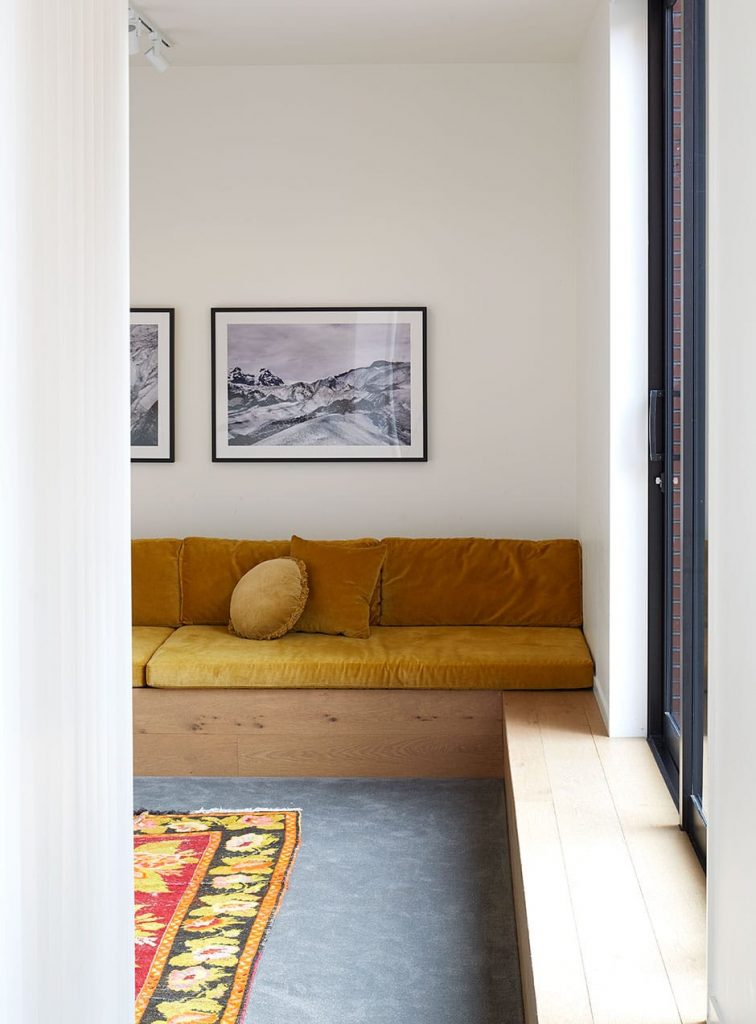 A professional project turns personal for a pair who know a great opportunity when they see one.

Designing other people’s homes is both an art form and a labour of love, but what happens when you’re building a house for your own family instead, and — just to up the ante — two others on the same site at the same time? It wasn’t quite business as usual for architectural designer Sophie Wylie and her property developer husband Liam Joyce of Auckland’s Artifact, but they handled it like pros.
Although the couple had intended for their newly acquired property in Birkenhead to be a development site for the company, it quickly became apparent that the piece of land they’d found would both make good business sense and benefit their family of five, giving them a lot more room to move than their city apartment. And so they set about building themselves a house — and a couple of others for good measure. 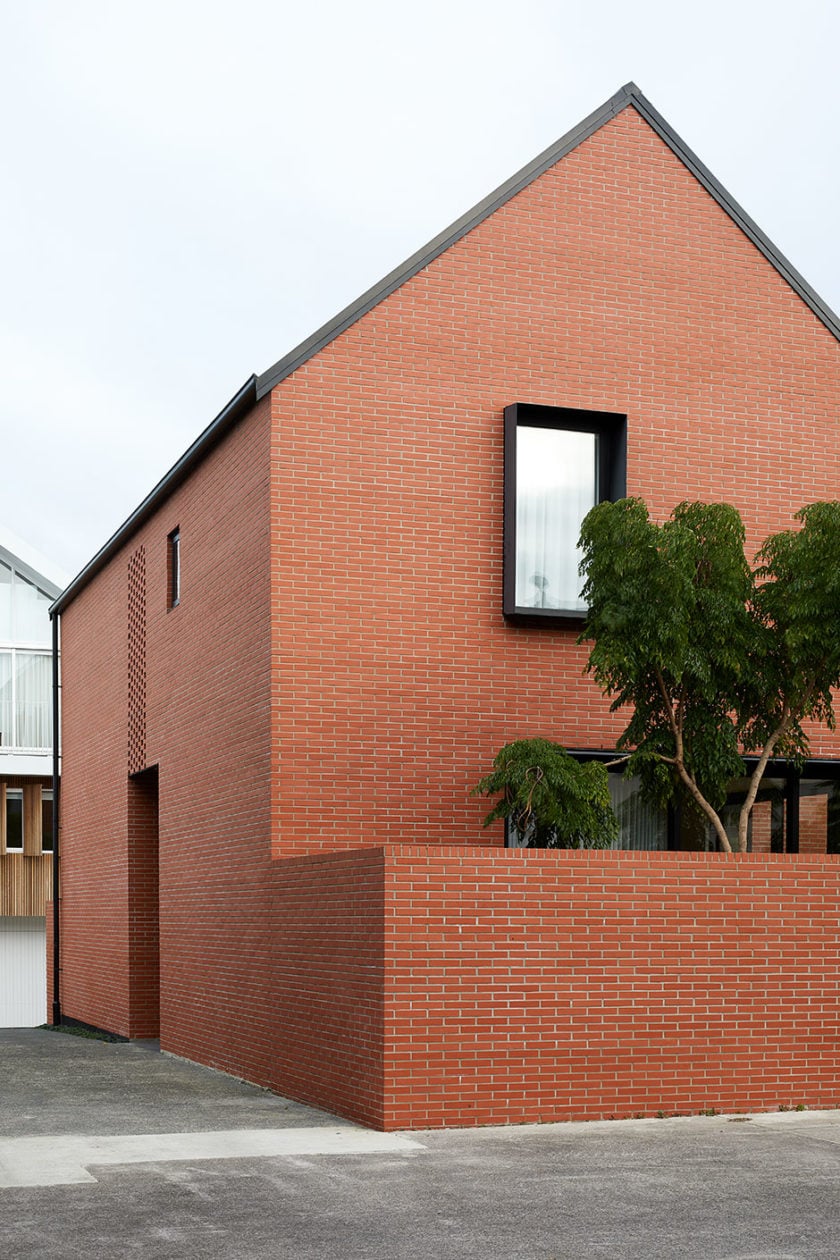 Their new abode sits in the centre of the original site, opposite the two townhouses that complete the development. Amid an interesting juxtaposition of buildings, the property straddles residential and commercial zones, and the couple’s section also has a heritage element to contend with, as it shares a boundary with some gorgeous old stables next door. The contrast of the stables’ old bricks with the new ones on the exterior of the two-storey house adds another intriguing dimension to the home’s compellingly simple form and a unique point of interest to the neighbourhood. 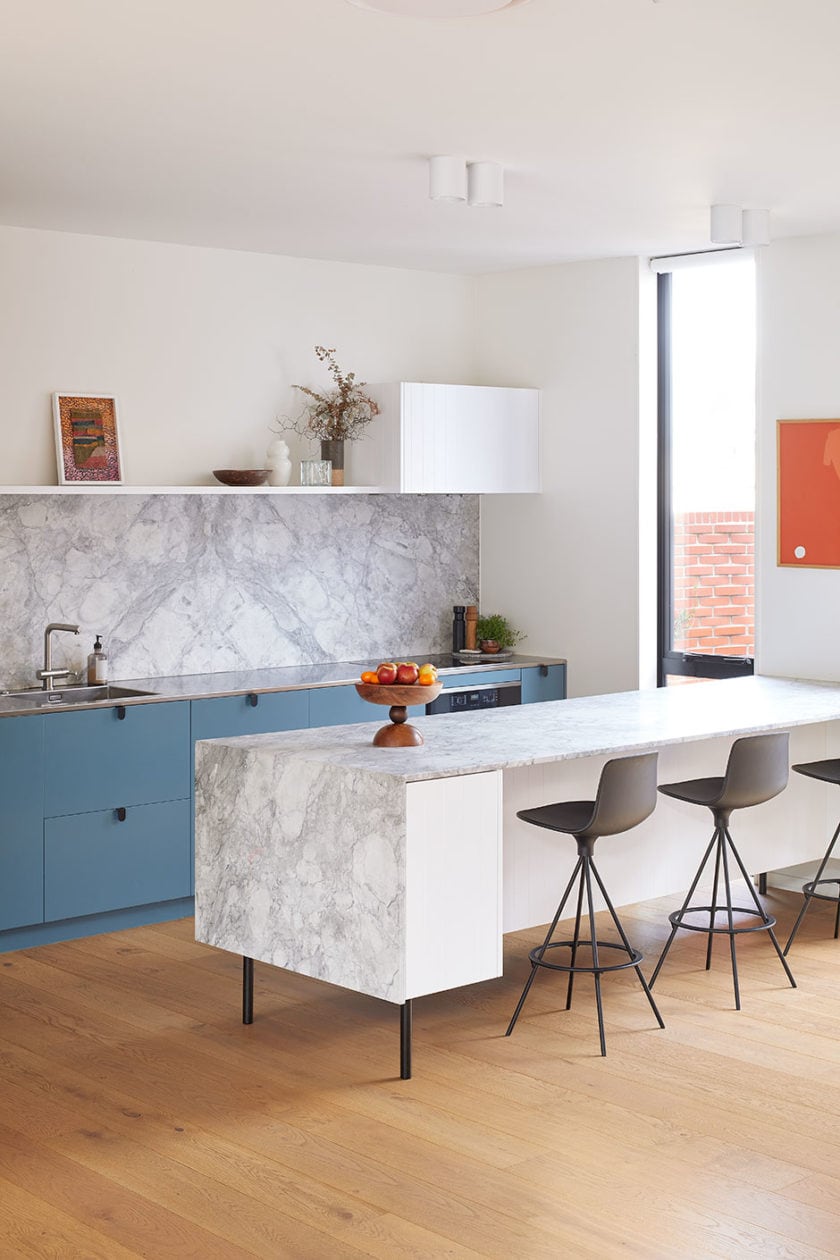 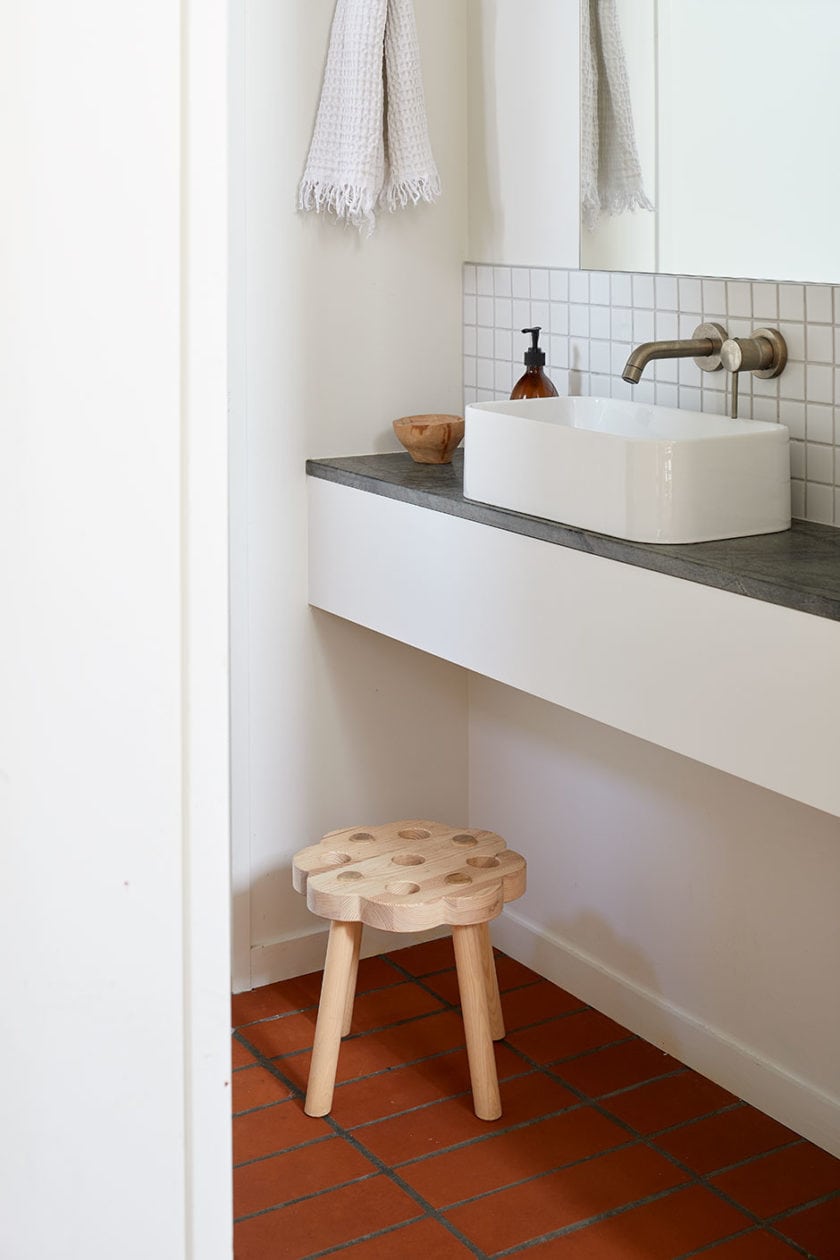 For the interior, Sophie has designed spacious, light-filled, low-maintenance spaces. “Our brief to ourselves was pretty straightforward,” she says. “We wanted four bedrooms, a playroom and an office as both of us work from home, and that’s exactly what we’ve achieved. I kept the form pretty simple, then added extruded steel ‘eyebrows’, a brick screen over the entry and walls that wrap around to contain the outdoor spaces. The pitched roof is a nod to a house that once stood here and also references the ‘gabled twins’ [the two new townhouses] at the rear of the site.”
Stepping through the wide front door into the kitchen/dining area, you’re struck by the sense of space. Actually, every room has substance and is beautifully balanced, from the grey and blue kitchen to the mustard-accented playroom that sees its fair share of rough and tumble. Undoubtedly one of the busiest places in a house with three young children, the laundry is cleverly hidden beyond the downstairs bathroom, which is small but perfectly formed, with a warm terracotta tile floor. 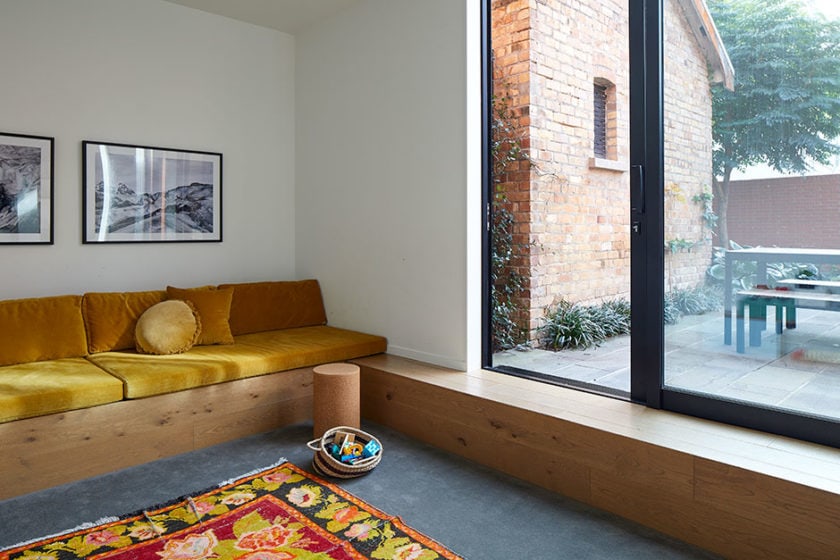 A door between the kitchen and the playroom leads to a secret coat room with extra storage for minimising clutter, while large sliders link the living spaces to the courtyard that “tames” the kids, Otis, Albie and Goldie. “After living in an apartment, having a bit more garden is a real asset,” says Sophie.

Upstairs there are four bedrooms — including the master with an ensuite and a walk-through wardrobe — and a family bathroom, each space generous, considered and user-friendly. Sophie and Liam’s office slots into an open-plan area between the stairs and the master bedroom, and is shielded by a large built-in screen.

Dotted throughout the house are covetable objects and artworks, some picked up on holiday, some passed on by family members and others acquired through Hastings gallery Parlour Projects’ Cultivate programme, which helps those interested in art establish their own meaningful collection. So the home’s materials and colours didn’t outshine these pieces, Sophie opted for restrained palettes to allow them to stand out. “I do really enjoy colour, but I felt we could add it with our furniture and art, so I kept it pretty simple with the white walls and oak elements,” she says.
It’s all come together beautifully — not that Sophie and Liam have much time to sit around and contemplate their expertly appointed home. Now they’ve completed their own abode, they’re back to busily building homes for others that are every bit as inventive as this one. 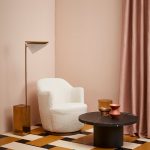 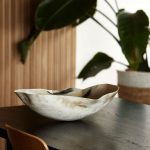