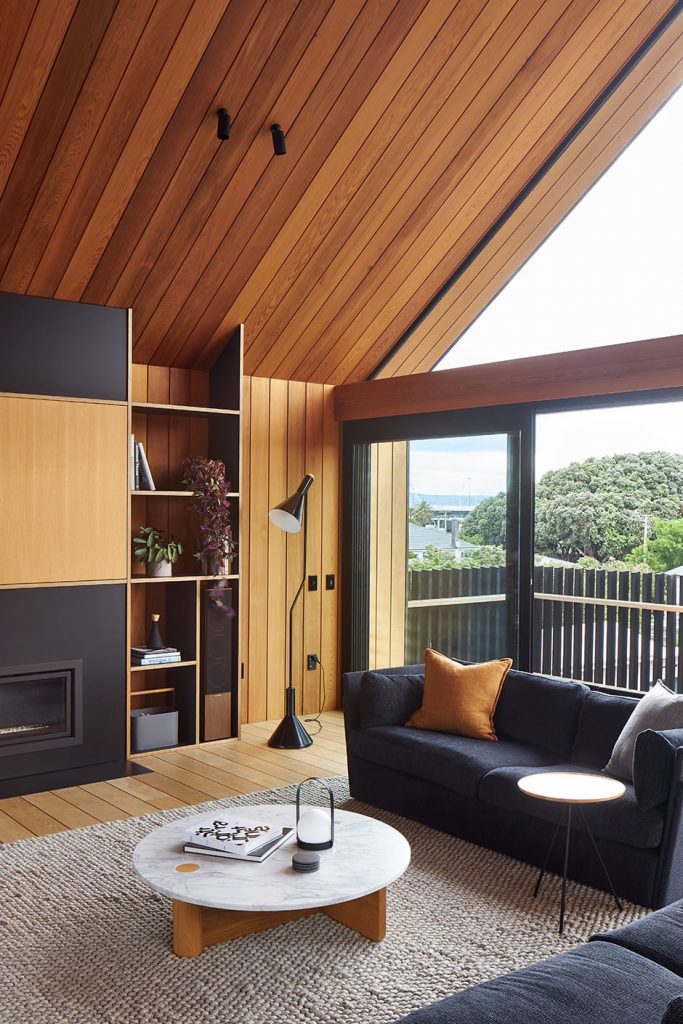 In designing the Mt Maunganui beach house, Paul Clarke pushed the limits to maximise the views through big, beautiful windows.

The great Kiwi beach holiday is a nostalgic memory embedded in our national psyche — the days gliding along carefree, revolving around swims, barbecues and yarns into the evening, preferably around a fire. For Sue and Paul Webber, many of the memories they’ve created with their family  have centred on a single plot of land in Mt Maunganui.
Originally owned by Paul’s auntie, a small 1950s fibrolite cottage once sat on this site, which the couple have enjoyed for 40 years — since they were first married, during their children Rachel and Tim’s childhoods and now with their grandchildren too. They purchased the section in 2000, but it wasn’t until more recently — with the growing brood of aforementioned grandchildren — that they felt as if they’d outgrown the diminutive bach.

Having previously connected with Paul Clarke of Studio2 Architects during the renovation of their home in Auckland, the Webbers were confident that their brief for a modern, generational retreat would be wholly met. Their long-term working relationship had built a level of trust that meant they and architect Paul were already on the same page and able to jump straight into the design process, bypassing the getting-to-know-you stage.
The beach, mountain and town are the principal locators here. Set within a high-density suburban area, the push and pull between seeking views and creating privacy informed the plan for a contemporary holiday home that maximises the section.
“The site was quite interesting,” says Paul Clarke. “Often for a family, you want to create something that’s grounded, but there was also an opportunity here to push the limits to appreciate the view.” The solution was to extrude the building upwards, giving them a lot more space to play with. 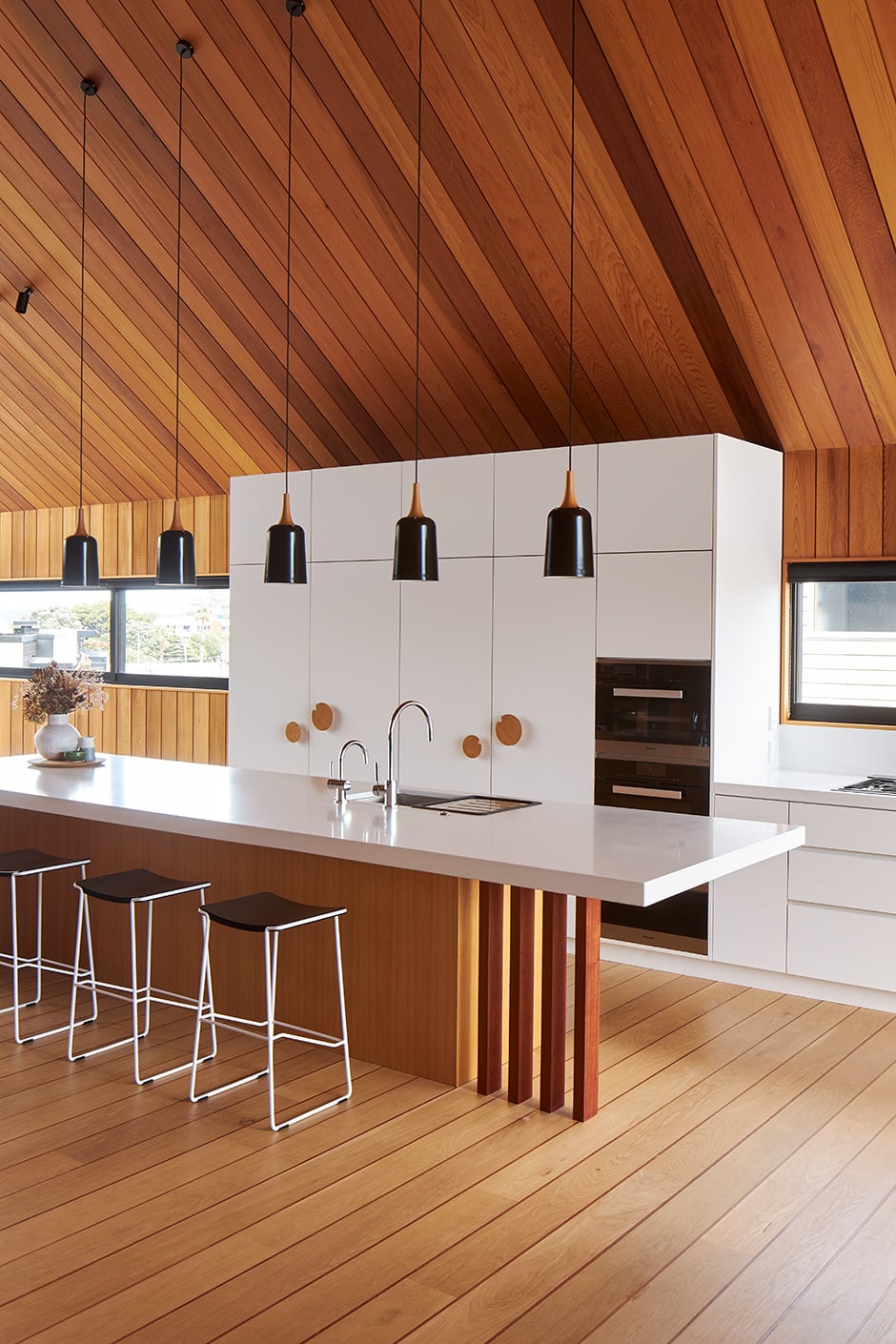 The three-bedroom, pitched-roof home tackles privacy playfully, with stained cedar battens shrouding the ground floor at street level. To accommodate the narrow frontage, landscaping guides you to an entry at the side of the house, where you’re welcomed by an oversized timber door handle — the first of many crafted details designed to surprise and delight.

The journey inside takes you purposefully up the stairs to the kitchen positioned on the first floor between the east-facing dining zone and west-facing lounge. Rising right to the roof, the expanse of joinery from First Windows & Doors at both ends of this gabled form lets abundant light into the living space throughout the day.

“The lovely thing about this house is that the plan is very simple and yet there are moments in the design to be revealed,” says Paul Clarke. “You go out to the street side and there’s a connection to the mountain. Then, taking shelter under the eaves, you’re far enough back from the terrace and street that this outdoor area is actually quite private. Leading on from the outdoor area, you can withdraw to the kitchen, where you also get glimpses of the Mount and can turn to the living spaces to catch the view out to the port.
“What we were wanting to do, especially with the connection to the terrace upstairs, is open the whole thing up,” he continues. “Being able to manipulate and adapt the joinery is really important to us, and we needed a joinery suite that would sit in the background but look and feel like there’s quality there. The APL Architectural Series sliding doors create the ability to transition seamlessly between inside and out.”

He says he loves the idea of the kitchen being an extension of the outdoor barbecue area. “With a slim cavity in the benching, the joinery slides between the two work surfaces, opening up to act like a bar. You can shift the food along the bench for a buffet, then chuck it on the table. There’s a little bit of process there, but it reflects the way Kiwis like to live. We wanted this home to function really well, to make holiday life as easy as possible.”

Furniture by the couple’s son Tim, of Tim Webber Design, defines this spacious rectilinear zone. Downstairs, the bedrooms and bathrooms also include pieces from his collections and take in their own private views of the native garden.
Bach-y conveniences have indeed been cleverly considered here, from the outdoor shower that makes light work of salt and sand, to the cedar shutters that make lock-and-leave security visually pleasing. They’re part of a timeless palette of honest materials that brings a natural warmth to this home. It’ll no doubt serve the Webbers for generations to come.
firstwindows.co.nz 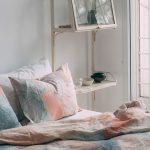 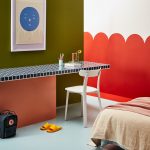