The time of our lives 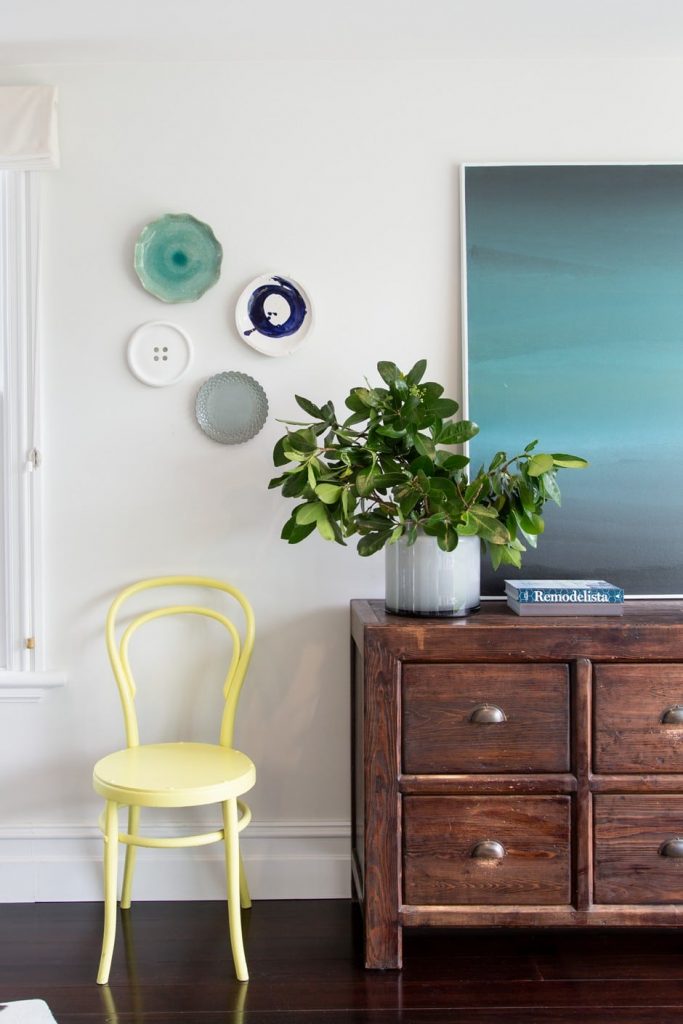 This is the story of a renovation that started 12 years ago – and never really stopped.

Cooking in the lounge, doing dishes in the bath, sleeping four to a room – these are a few of the stages you might expect to muddle through when living in the home you’re renovating. Just ask Kate Oppenhuis, who’s been at it for the best part of 12 years.
“It’s been a slow burn,” says interior stylist Kate of the transition to dream home. “The renovating started the moment we moved in. We had a month-old baby and a two-year-old, so we made a couple of loose plans and just worked our way through it. A lot of our renovating was done at night – I’d get the kids to bed and away we’d go. We had a clear vision of what we wanted to change and knew we’d just have to grin and bear it. Friends joked that we never stopped renovating – we were always doing something. But we would have six-month periods when we felt like we just could not pick up another paintbrush!”

The 1930s villa had previously been extended to include an attic master bedroom, but the décor throughout the house was seriously tired. “It was liveable,” says Kate, “and we did live with most of it for years, but it was all floral curtains and shades of butter, and there were raw lightbulbs in some areas. The hardware and skirting boards were mismatched. It was easy to fix – but a lot of hard work.”
More than a decade of it, in fact, beginning on day one when they lifted the carpet to sand and stain the floorboards. Since then, they’ve painted inside and out, put in two bathrooms, revamped that attic space, replanted the garden, and more recently updated the laundry and extended the rear of the house to enlarge the kitchen and create a second living area. 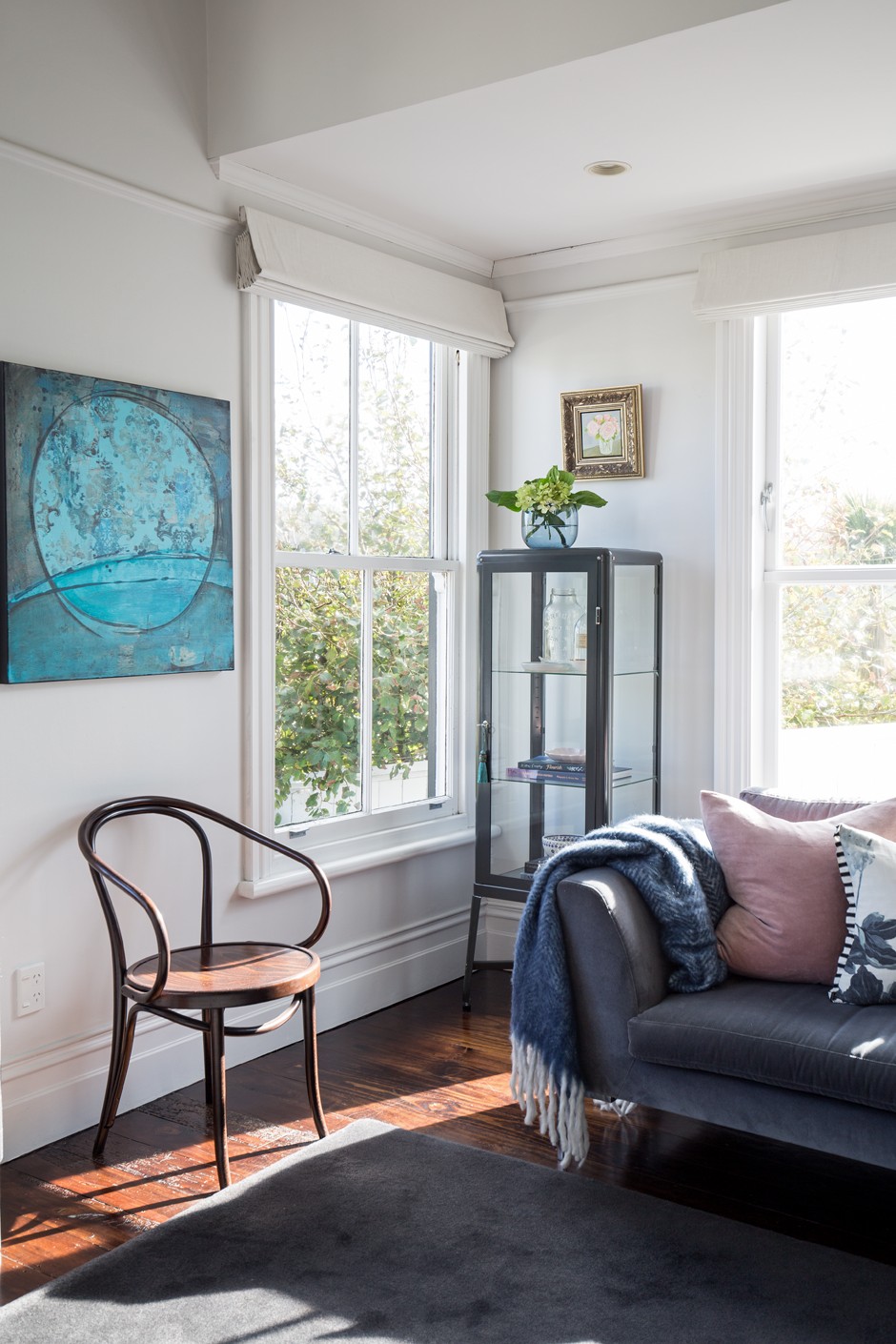 “We pretty much transformed the house in the first six years, and we loved it – even the garden was established by then. So we had about a year when we did nothing, but we were conscious that our youngest was getting older and felt that with three kids we needed an extra lounge space. That’s when we did the extension, dismantling the deck to build out.”
It was a period of major upheaval. “We lost the kitchen completely, and had a massive pile of floorboards in our lounge, the fridge freestanding in the middle of that and the microwave on a table. There was lots of dust and noise for months on end; the laundry was out of action.” But the result? “It changed our lives – it’s just awesome.” 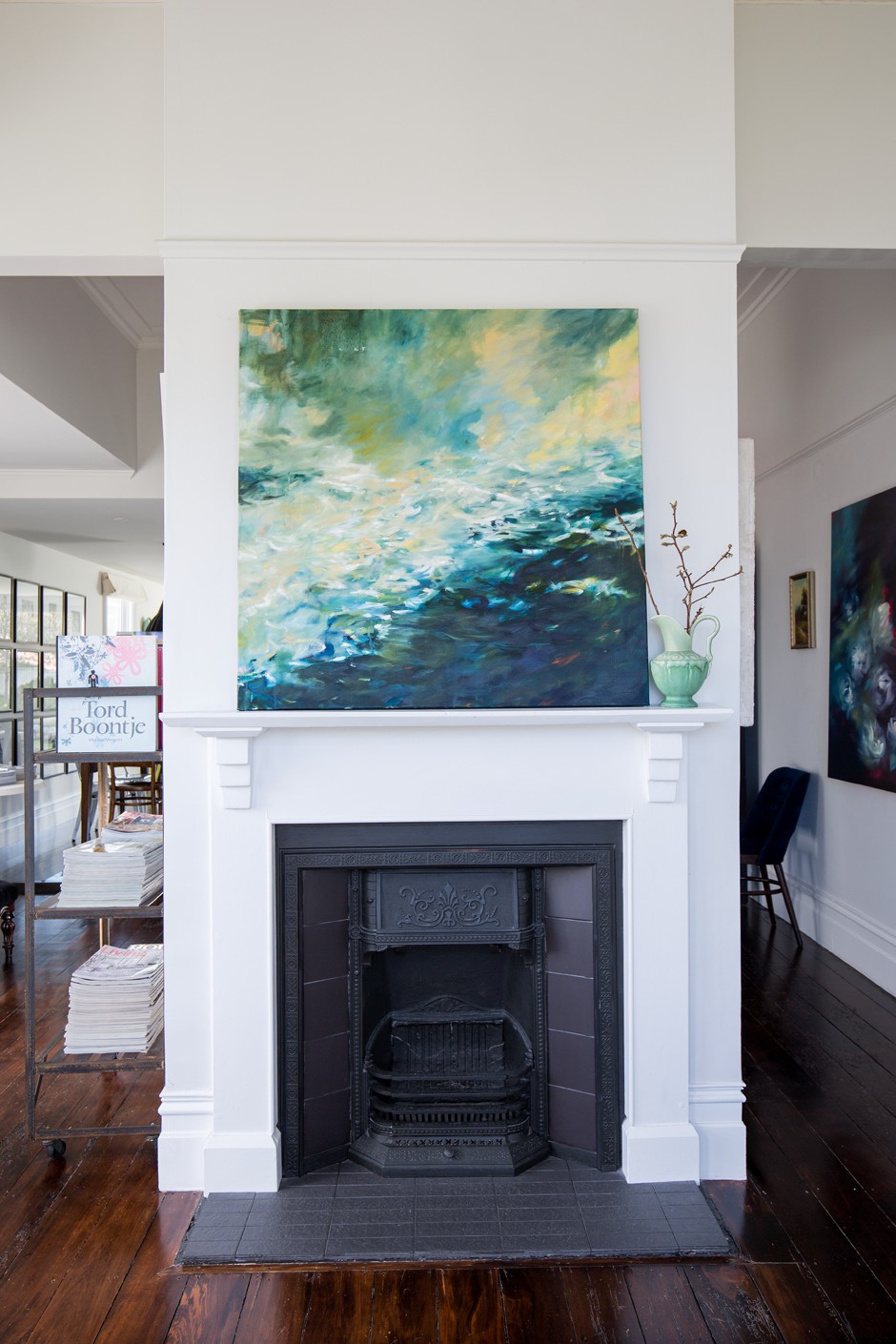 The extension aside, the couple can credit themselves with turning their house into their castle. It might have made lesser humans run for the hills, but as far as Kate’s concerned, “DIY is just what you do. I’ve never been afraid to get my hands dirty. I just slap paint on, and if I don’t like the colour, I’ll change it.”
For everything Kate and Dean have altered, some charming heritage features remain. Kate says the house would be “soulless” without its central fireplace. The leadlight and sash windows are original, and so is the front door, which Kate had coated in glossy black marine paint to withstand the sun. The corroded brass doorknocker was also restored.
“To me, if you have too much new stuff, it can look clinical,” says Kate. “I like things that have a history, so I introduce antique and vintage pieces where possible, as well as textured items and fabrics, to try to create a mixture.” 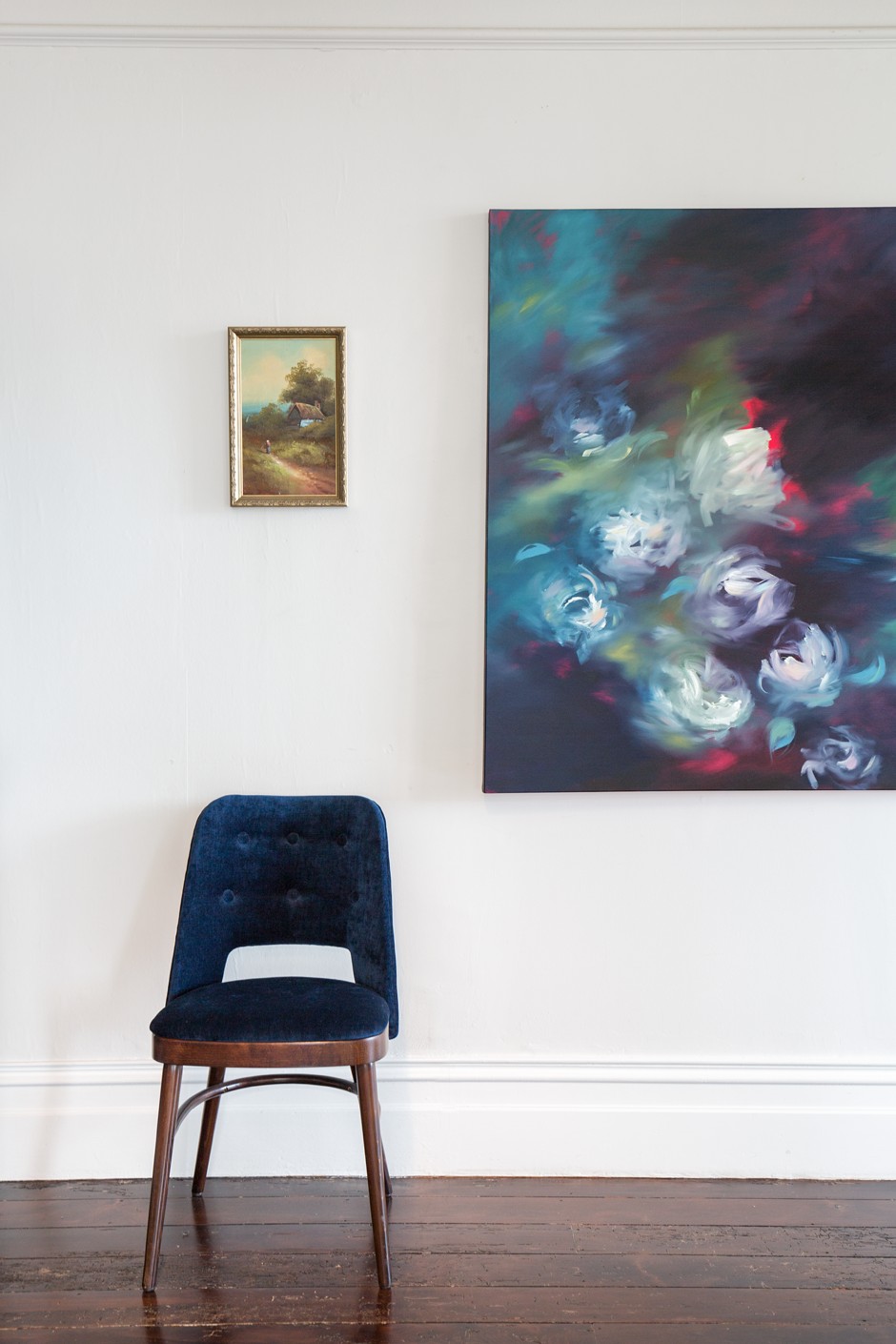 The living is easy here, from the ground up. “I don’t like things to be too perfect,” says Kate. “Because the floors are recycled, we’re not precious about them; there’s no shoes-off policy. The kids scootered on these floorboards when they were little and the boys are always kicking a ball around while my daughter dances up the hallway. I think [the floorboards] are gorgeous because they show their age – there are lots of cracks and variations in colour. There’s wear and tear, but it’s just part of the character of the house.” 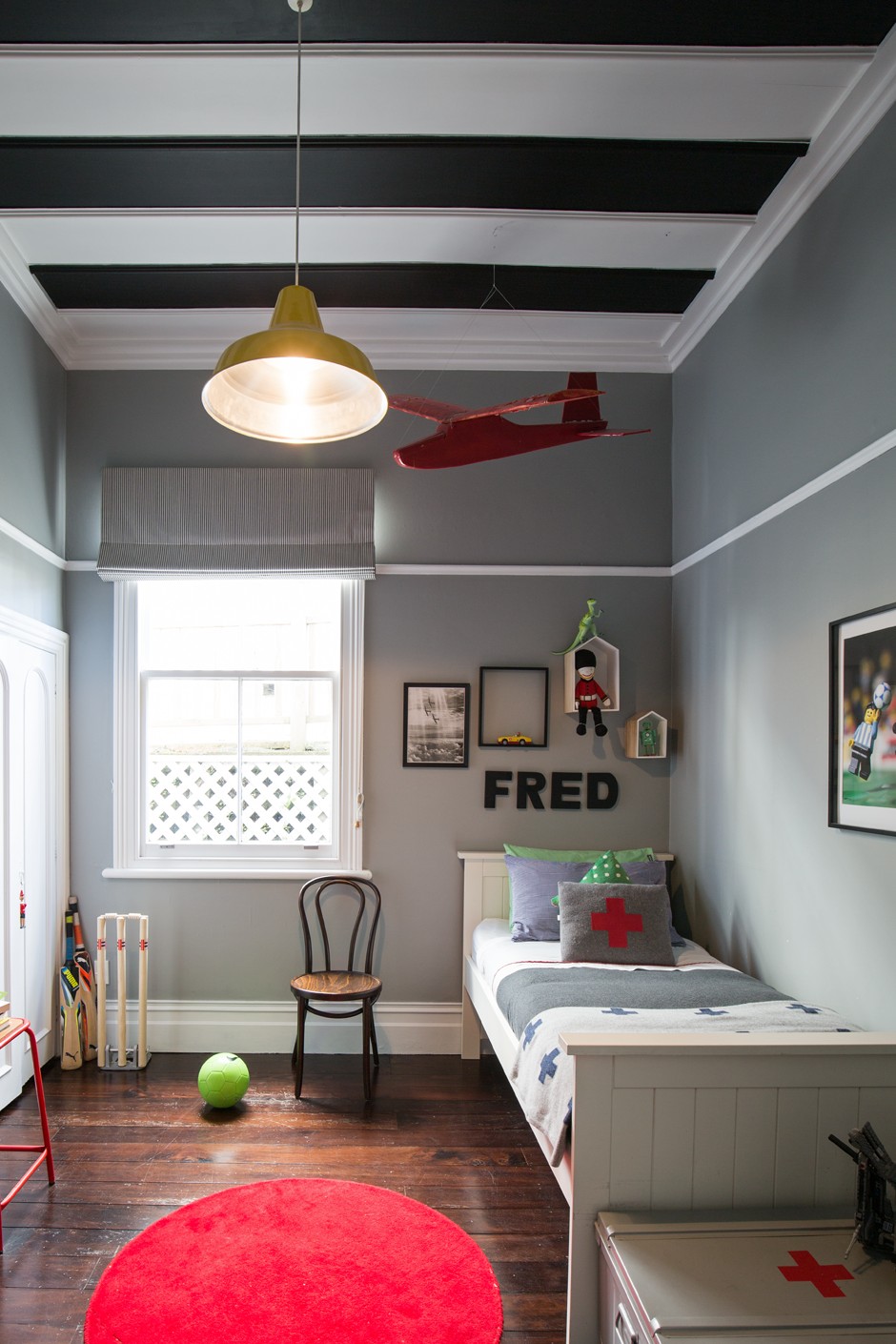 Like anything worth having, this home has involved some sacrifices, but, says Kate, “Anyone who’s done a reno knows it’s all part of the adventure. We love our house. Every nook and cranny has been painted or sanded by us, right down to the fence and planting a trillion buxus plants with the kids’ help. It’s taken a long time to get it where we wanted, but the house has evolved around us – and that’s why we’re so attached to it.”
That’s not to say Kate’s work here is done. “The kids will often come home to find I’ve been trying out new colours. Being a stylist, I’m constantly making changes to create a new look: repainting a chair, rearranging furniture, regrouping objects.”
And so it goes – then, now, always. 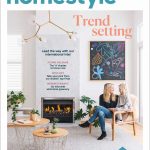 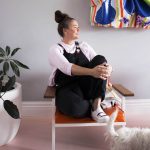