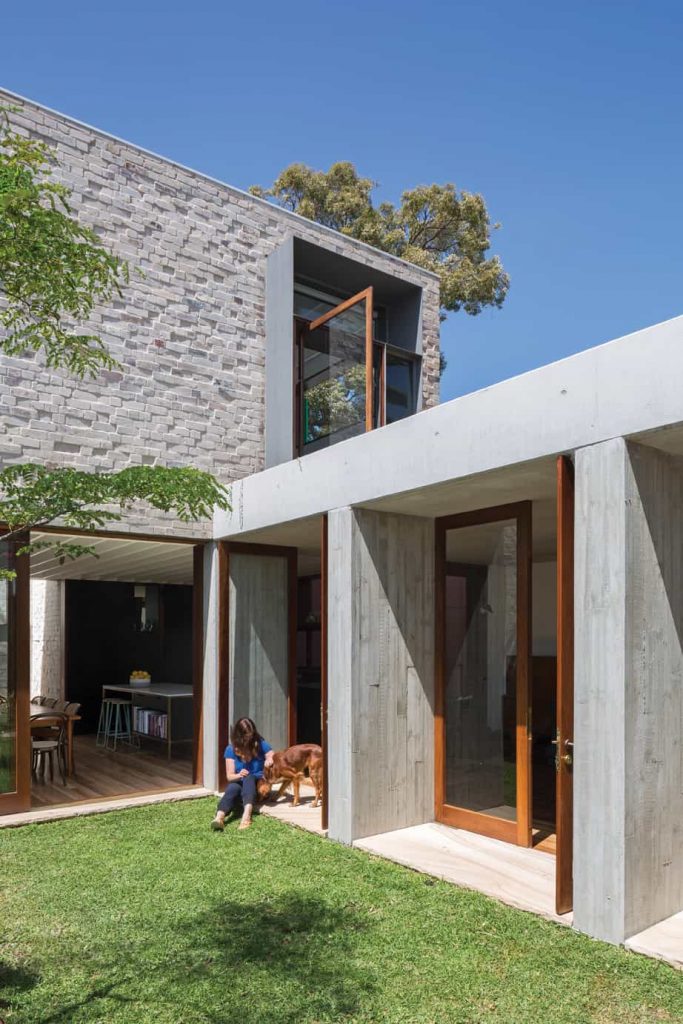 When an architect and a builder decide to build a home, the result is bound to amaze.

Architects are people of vision. They can see a site on a narrow street in inner Sydney currently occupied by an 1880s terrace house and immediately start to picture a gorgeous, lofty, distressed brick-and-cedar home with an enclosed courtyard space in its place. The original water-damaged and unstable structure was coming down anyway, but Amelia (Sage) Holliday of Aileen Sage Architects didn’t have to wait till it did before she started building the Courtyard House in her mind.

So real were her ideas that she kept planning the house even after she and her husband were outbid at the auction. The property was passed in, but it wasn’t till a year later that they were able to negotiate a deal. By which time they were well ready to get started.

But, as keen as Amelia was to start fleshing out her concepts, she couldn’t do it alone – and when your business partner is fellow talented      designer Isabelle (Aileen) Toland, why would you want to? “It’s a risk when architects are their own clients,” Amelia says. “You want to try to do too many things in your own house; all those ideas you’ve had for other projects but were never able to realise. So it was great to work closely with Isabelle to continually refine our thinking.”

The other half of this “our” is David Lakes, a gifted builder whose pairing with Amelia makes you suspect some kind of property god is taking a special interest in this couple.

David would, of course, be in charge of constructing the home. But when it came time to hand over the plans, he didn’t always get to keep them. “We were renting a house four doors down the road during the building process so we were both on site most days,” Amelia says. “There was a lot of design detail that was worked through as it was being built.”

Design details include off-form concrete reveals in the living area, a clever play of light throughout the house and the central space opening up internally into a secluded outdoor area. “The light and the way this space opens to the courtyard garden make it a really special spot to sit and relax,” Amelia says.

Besides which, you can’t have a Courtyard House without a courtyard. The landscaping was designed in collaboration with Sue Barnsley Design, who built on the layers of colour and texture within the interior, making it feel like one continuous space throughout. The walled garden and series of smaller courtyard spaces were carved out of the original home’s envelope, with each of the living areas opening up to this ‘secret garden’.

“We tried not to double up on spaces between inside and out,” Amelia says. “For example, the sliding doors in the dining room are able to fully retract, creating a space that’s more like a covered outdoor desk than an indoor room.” Which all has the clever effect of extending the outdoors in rather than the indoors out.

But the interior was in no way neglected. Although architects are known for often having a dubious regard for interior design, Amelia isn’t among them. “We love interior design and considered it alongside developing the more ‘architectural’ palette of the house,” she says. “Anyway, because we had lots of special furniture pieces, art and objects that all needed to find a place, we had to consider how it was all going to work. The piano, for example, which belonged
to my grandfather, was always envisaged as the anchor to the living room.”

Unexpected bursts of colour act as anchors in other parts of the house. “We used layered, unexpected colour pairings to articulate and expand rooms into adjacent spaces,” Amelia says.

According to Dulux, they were successful in their mission. Awarding the house this year’s Single Residential Interior prize in the Dulux Colour Awards, the judges noted: “Rather than using colour to delineate between zones, it cleverly uses bold pops of colour in a thought-provoking manner, using different combinations to mark your journey through the house.”

Though it got off to an unstable start, Dave and Amelia’s own journey to creating their own home has reached its blissful destination. With cocktails and sunsets in an inner city courtyard. 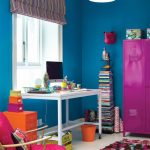 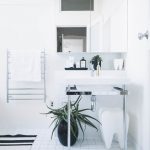