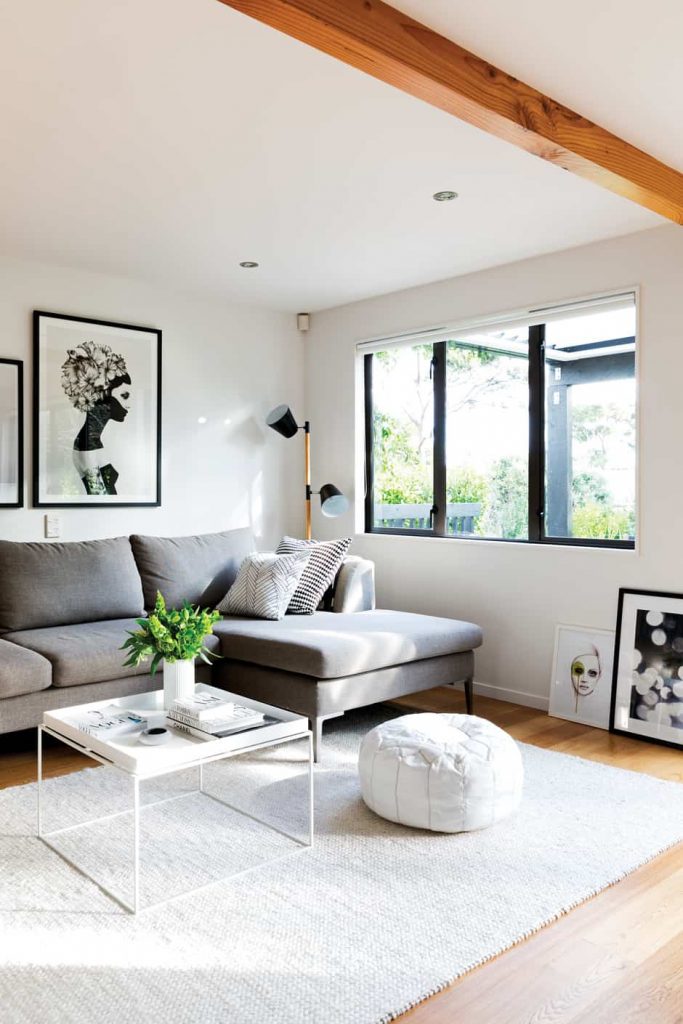 For this Auckland family, renovating is a way of life. The result? Their own personal brand of perfection.

Like childbirth, living through a renovation can be a tough slog, but once the results emerge, the agony is forgotten. Hayley and Darryl French are serial renovators who have altered the same house three times. In Paremoremo, north-west of Auckland, what was once a cramped kitset cottage is now a generous family home treble its original size.

In 2005, the couple went looking for a property for themselves and their son, Nik. On their wish-list was a private retreat that was rural, but without too much land. They’d sold their Takapuna home and prices were on the rise when they came across a 83-square-metre cottage on a half-acre section. The grounds were overgrown, but through the foliage the pair caught a tantalising glimpse of the view across the water to Herald Island.

Built in the 80s, the humble home sported an of-its-time mezzanine level and a steep gabled roof. The tired décor included a country-pine kitchen with red-laminate benchtops, and the single bathroom was an ode to peach. As Hayley recalls: “It was awful – badly designed and very basic.” But its location was enviable, so they signed on the dotted line.

As autumn approached, the family embarked on a mission to extend the open-plan living area by four metres while adding another bedroom and bathroom upstairs. As is often the way with renovations, things took longer than expected. With the west wall of the original cottage removed, winter set in. “The three of us were holed up in one bedroom wearing beanies day and night,” says Hayley. When they were struck down by flu, “I lay there and wanted to put the house straight back on the market.”

As the bodily aches and pains subsided, so too did the impetus to up sticks and sell. And five years later, they found themselves at it again when the addition of a second living room and master suite punched out another side of the house. A few years on, it was a case of ‘press repeat’ with all new flooring, a third bathroom and a complete repaint on the cards.

Today, what was once an ugly duckling has blossomed into an elegant swan. Hayley, who runs an interior design business from home, has coaxed the awkward layout, where original beams run through the centre of the main zone, into many inviting spaces. There are nooks in which to drink in the quiet of the countryside and spaces to gather with friends. The mezzanine is now a cosy reading room, and there’s an intimate seating area under the stairs and a sunny spot on an L-shaped couch overlooking the garden.

Working with a house that had timber ceilings, exposed Douglas fir beams and a rustic wooden staircase was a challenge. It was dark and chunky, so Hayley modernised the mood by painting the walls and tongue-and-groove ceilings in Resene Black White. To complement this, she has selected furniture and accessories in black and grey tones. This palette is strictly adhered to both inside and out. Internally, the colour scheme has worked a treat; the kitchen’s white cabinetry and grey countertops are already 10 years old, yet fit seamlessly with the rest of the décor.

Hayley’s preferred style is something she calls “real Scandi” – a mix of natural materials with fine-boned furniture and robust textures such as leather and fur. She believes in mixing chain-store  finds with statement pieces. Purchases such as the modular sofa in the open-plan living zone and the mid-century-style black leather one in the formal lounge are from Freedom. Teamed with authentic Scandinavian pieces, such as a metal side table by Thomas Bentzen for Hay, the look really works. Whether ‘save’ or ‘splurge’ buys, the big difference comes through the little touches that lend interest – such as The Dots, a modern-day icon from Nordic brand Muuto, which hangs in the home’s entrance as an offbeat design feature.

Cut-glass decanters on a French antique cocktail trolley showcase Hayley’s faultless eye. Every corner of every room is just so. She instinctively knows when a tableau needs height – she may add a ladder or a tall gilt frame – or a shot of colour. While more often than not that’s provided by plant life, scatter cushions on the mezzanine uncannily match the black, white and strawberry tones of Westie, the cat.

All in all, the move has been a good one. The community is rich with characters and active socially. At the entrance to the road where the French family resides is a Spare Fare stand, where neighbours bring fruit, vegetables and plant cuttings to share.

Ten years on, the projects haven’t stopped. Custom-made louvres have been installed over the pergola, and by summer a section of the lawn will be replaced with a pool. It’s not much fun living amid the mayhem, but as soon as it’s done, Hayley dreams up another plan. “Despite the fact that it would’ve been easier to remove the house and build something new, I’d do it all over again.” The little house that grew and grew has certainly grown on her.

PreviousMore than a feeling 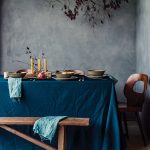 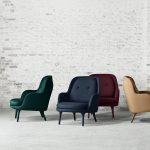