Take a chance on me 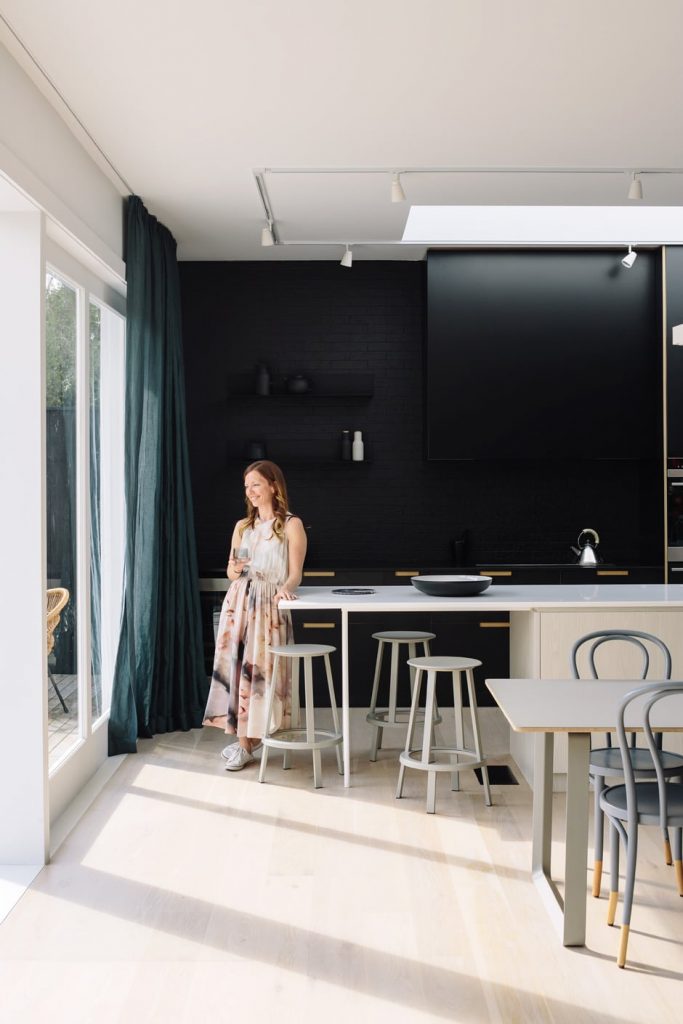 Nothing ventured, nothing gained, and the interior design risks taken in this home have definitely paid off.

Add the talents of an interior design student ready to take some chances to those of a pro full of bright ideas and what have you got? Too many cooks in the kitchen? Try a recipe for not only a sophisticated villa renovation but also a visual feast.
Project and events manager Charlotte Clark and her husband Phil came across their 1900s villa for sale in Auckland’s Ponsonby in 2010. They’d rented in the area before and always hoped to return, so they signed on the dotted line, never mind it being “a complete do-up in an awful condition”, the previous owners having started a renovation, then divorced midway through.
Charlotte and Phil cleaned it up as best as they could and got along just fine until early 2016, when the time was right to move out and get stuck in. With Jones Architects, Wilbuild’s Andrew Wilson and interior designer Tomi Williams of Indigo Design on board, they set to, knocking down the old lean-to kitchen at the back to make way for a sunny extension that houses a new kitchen/living space. The original living room became a media room, and the attic a bedroom for the pair’s eldest daughter. New American oak flooring was laid, the house was rewired and re-gibbed, the bathroom was upgraded, and new insulation, lighting and central heating were added. 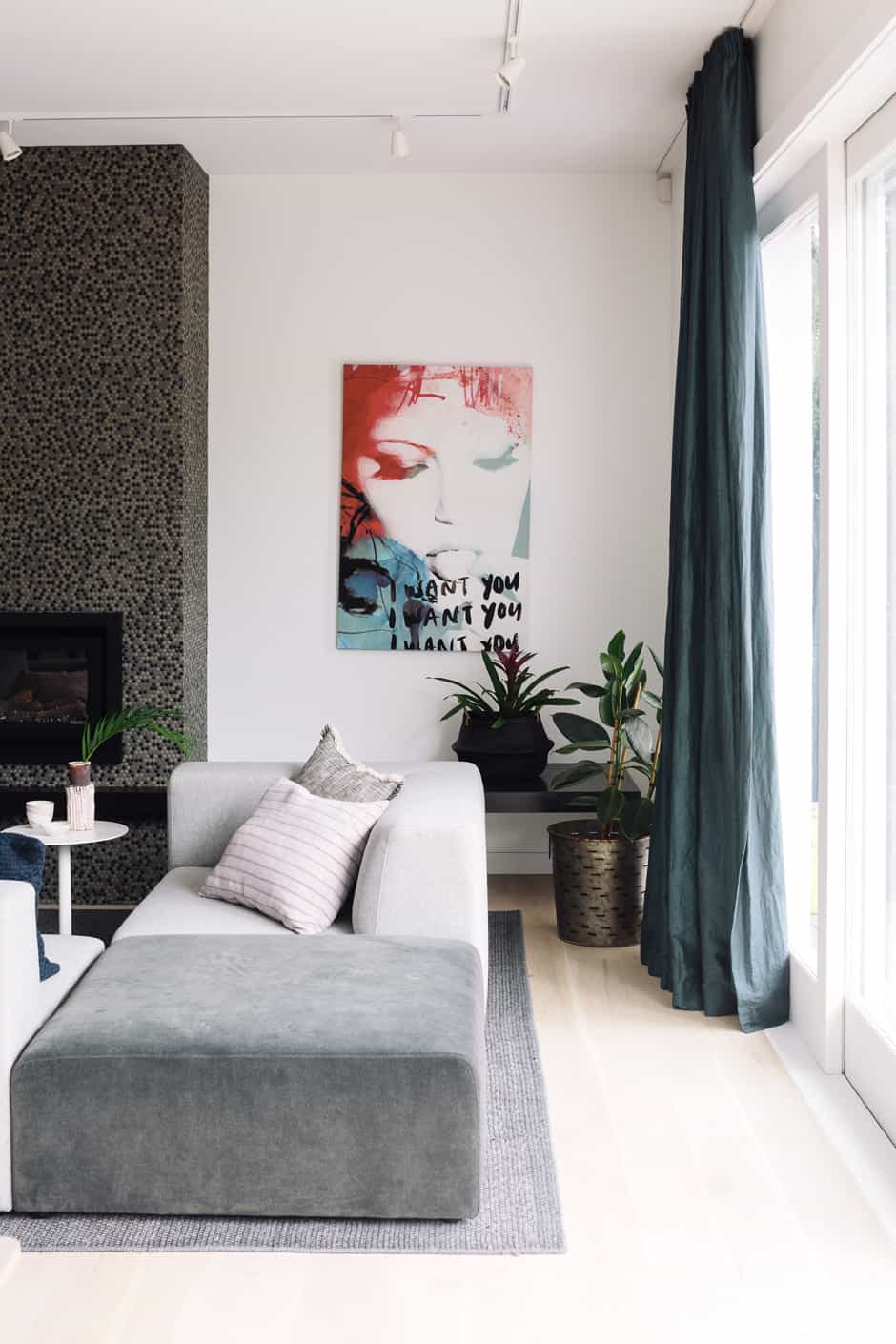 With the home in a heritage-zone street, the couple was happy to leave its ornate façade intact. The old sash windows in the front rooms, bay window in the master bedroom and new period-style doors and skirtings are in keeping with this look, and combine smoothly with the modern extension thanks in part to the palette of low-sheen greys, greens and blues and timber that Tomi has woven throughout. 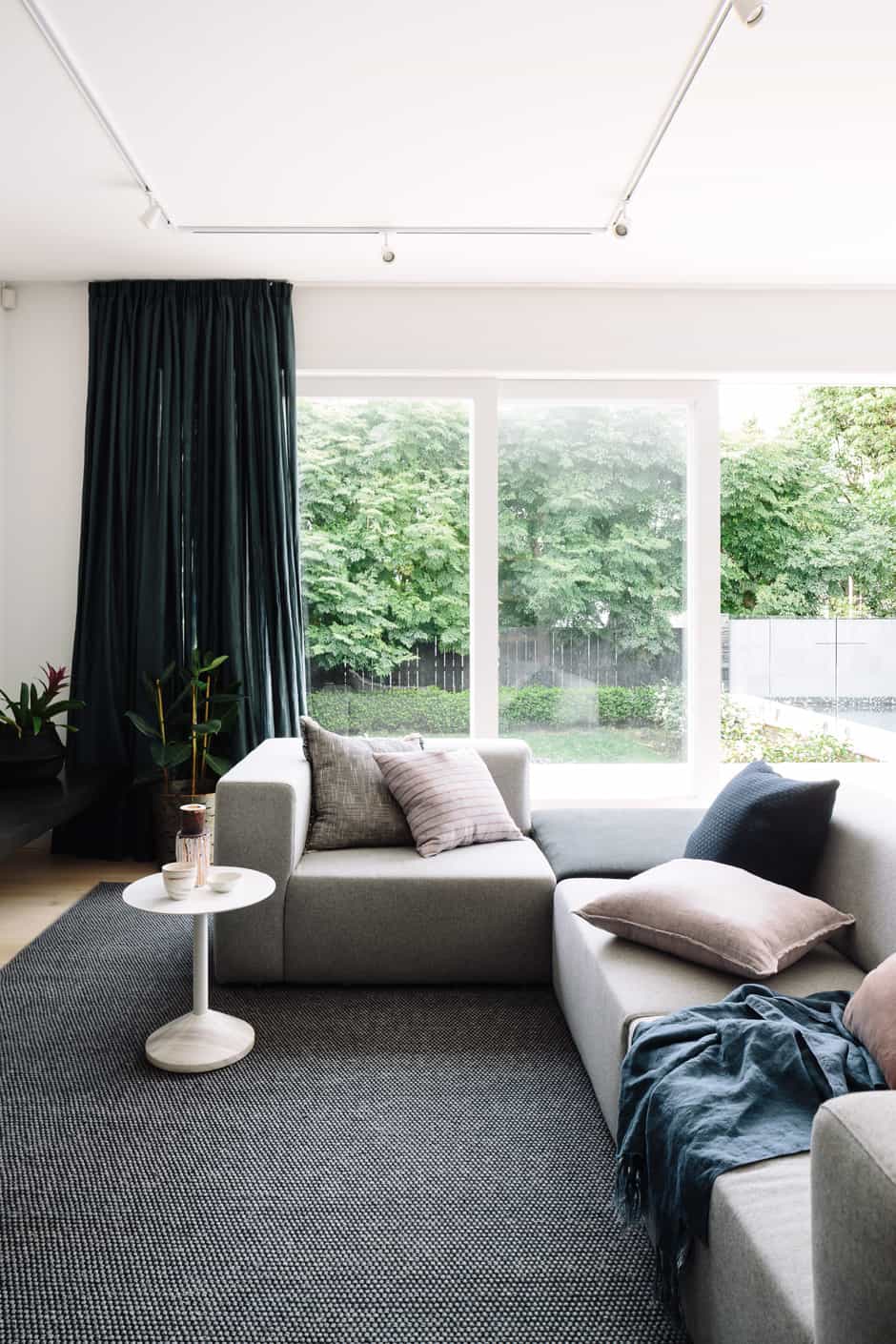 Having started an interior design course before putting it on hold to have son Archie, Charlotte had a pretty good idea of what she wanted to achieve in this regard – and it wasn’t white on white. “When Tomi presented the interior scheme, I knew we were going to be part of a very exciting project,” she says. “Our styles have a natural synergy – it was a match made in heaven. Tomi created an interior that’s different, yet cohesive, and then I was able to take the colour scheme and style the rooms accordingly.
“I really enjoyed the process and it was great having her to help with all the decision-making and challenge me to be a bit braver at times. She did push me with some of the paintwork, particularly with the coloured skirtings, the dark grey internal doors with black handles, and the media room, where for added interest she incorporated three dark colours arranged in blocks. I’m so glad I trusted her, though, because we all love the results. Madi says she’s not moving out until she’s 36!” 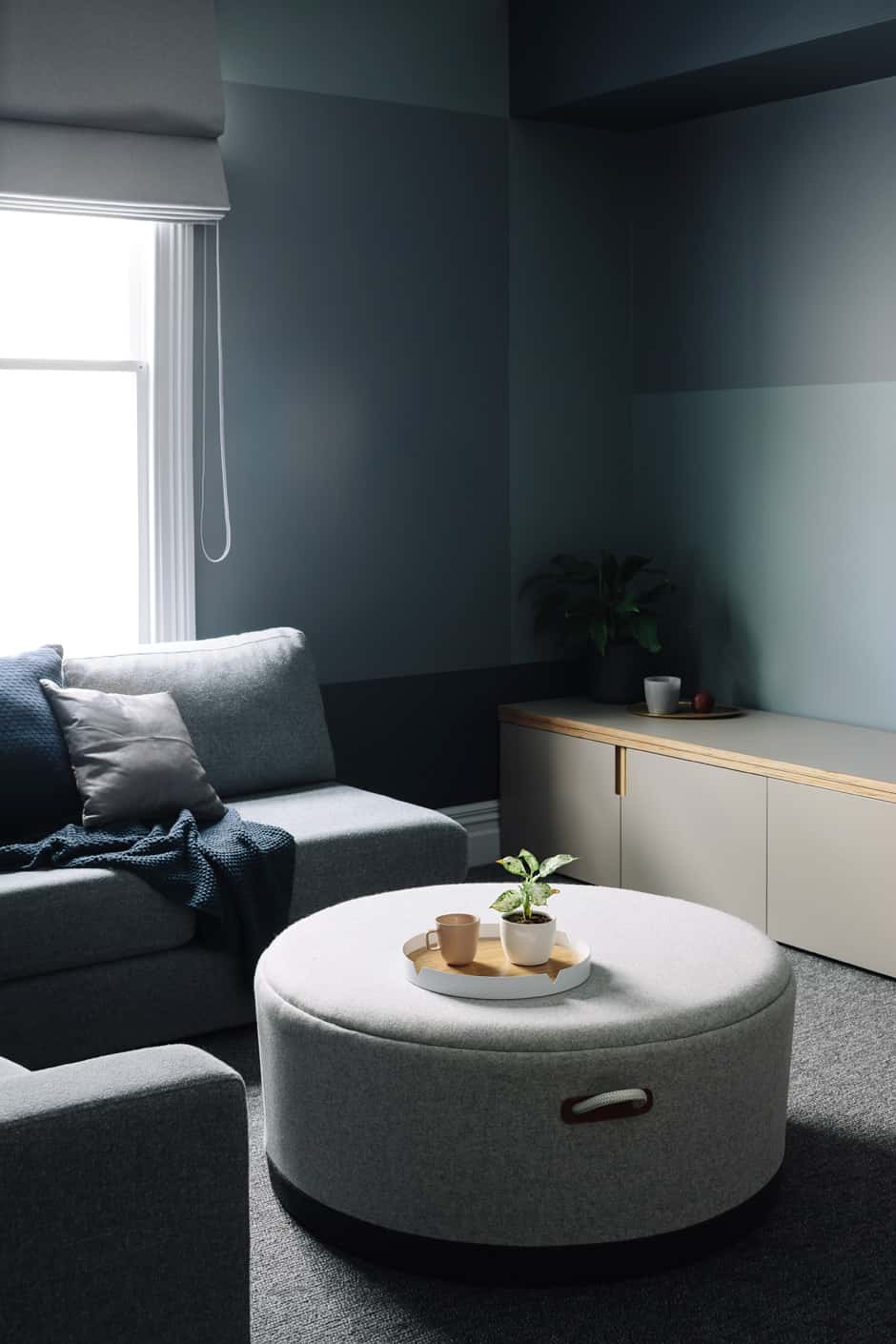 Tomi and Charlotte’s clever use of texture adds another dimension to the home, in the form of elements such as the tiles on the rear wall of the kitchen and around the fireplace, the sofas and the bedroom linen. “I also wanted to use natural materials where I could,” says Charlotte, “which we achieved with the linen curtains, the woollen carpets and the granite hearth and kitchen bench.” 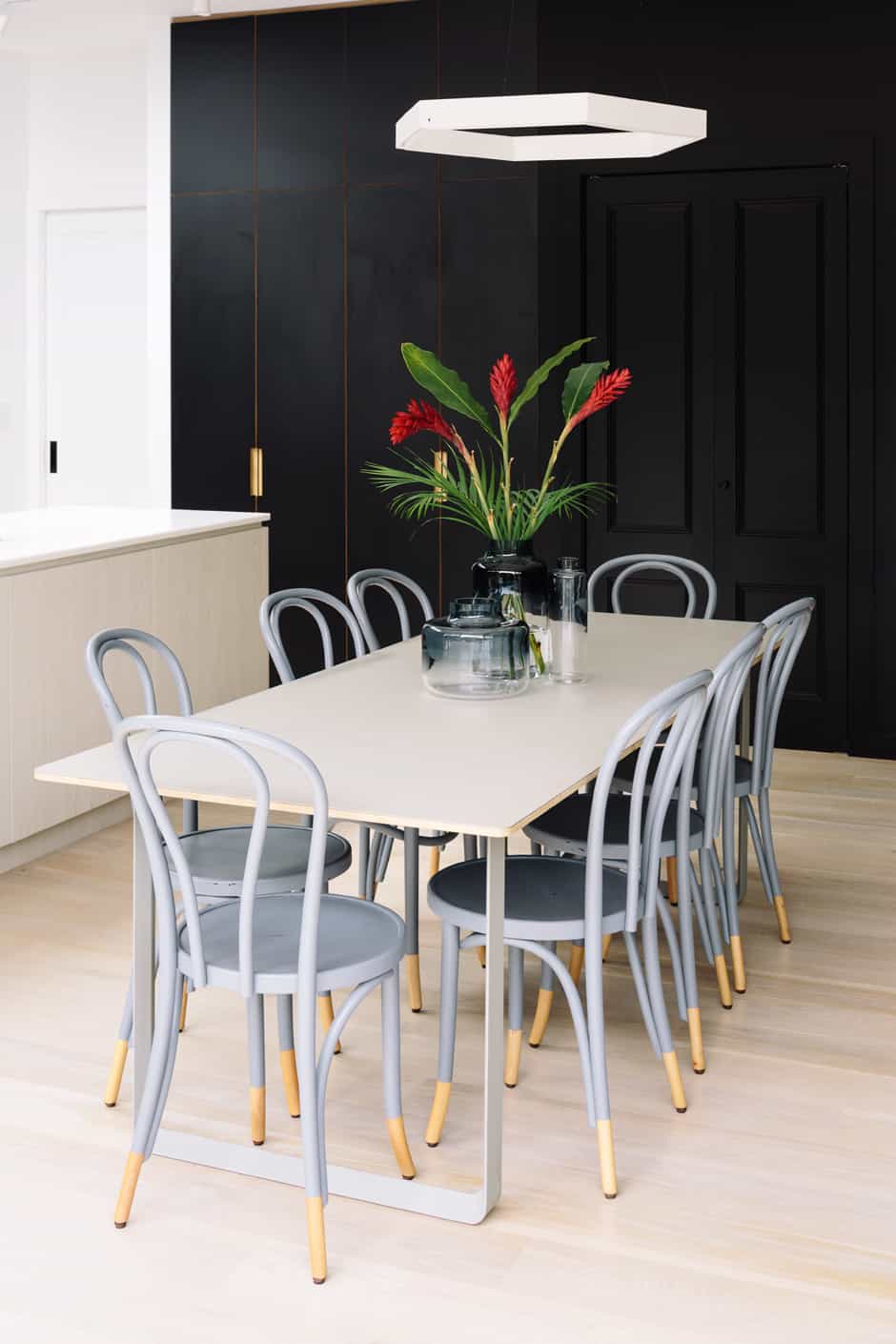 Charlotte was set on a dark kitchen from the get-go. “It works well because the extension is so light with the big sliding doors and skylight, and Tomi made the island pale to break up the black and transition into the rest of the room,” she explains, adding that on fine evenings while eating dinner around the island, the family likes to gaze upwards at the starry night sky.
The adjoining scullery/laundry makes light work of any mess. “My favourite part of that room is the coat hooks,” says Charlotte. “The children can come in the back door and hang up their bags and coats, so they’re kept out of the living areas.” 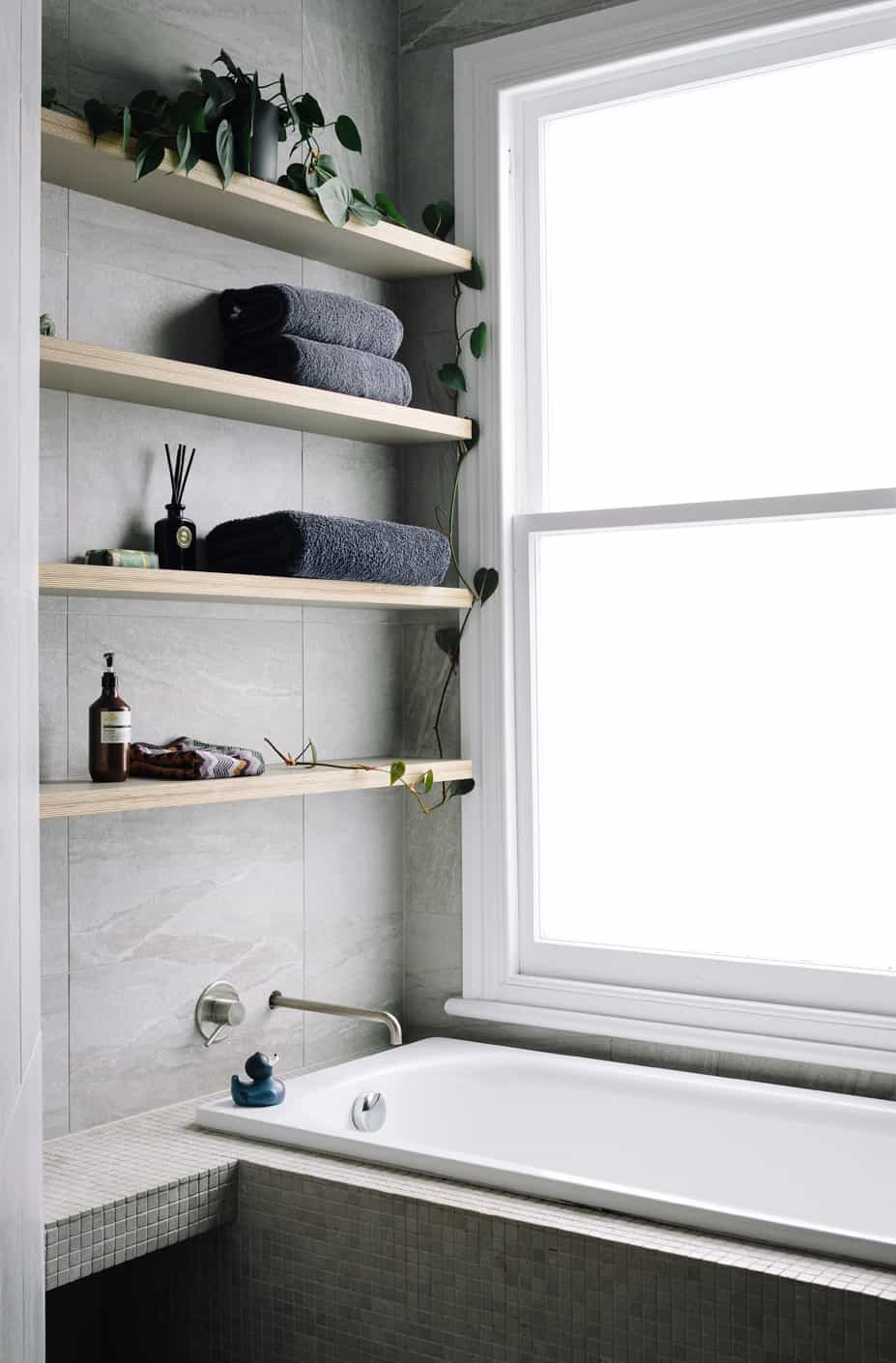 The moody palette in the master bedroom makes it a beautifully calm space, the morning sun shedding light on the matter as it streams through the shutters. “The wallpaper Tomi chose is such a wonderful feature,” says Charlotte. “Combined with the grey paint, it’s a bit darker than the other rooms, so it’s our own little sanctuary.” 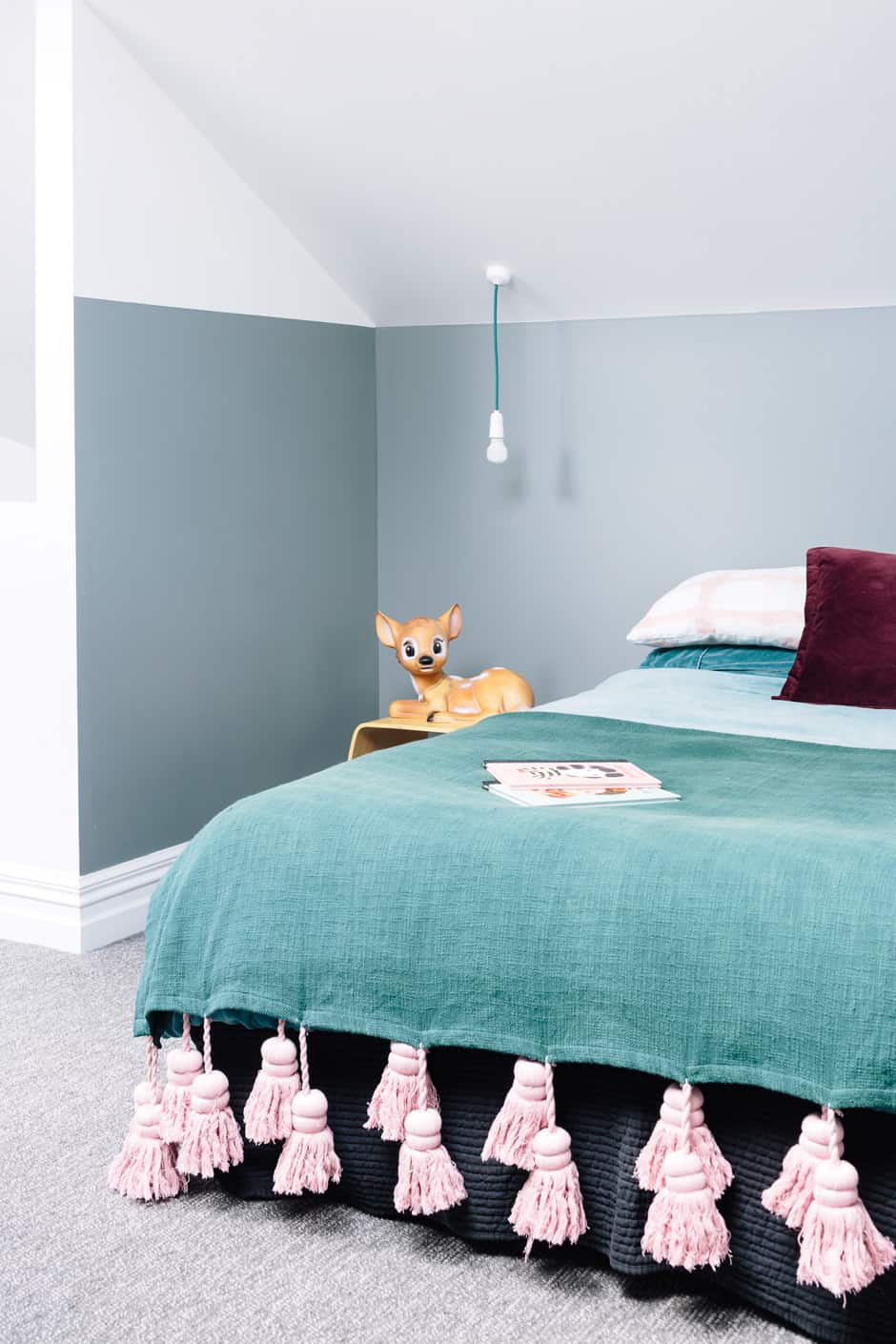 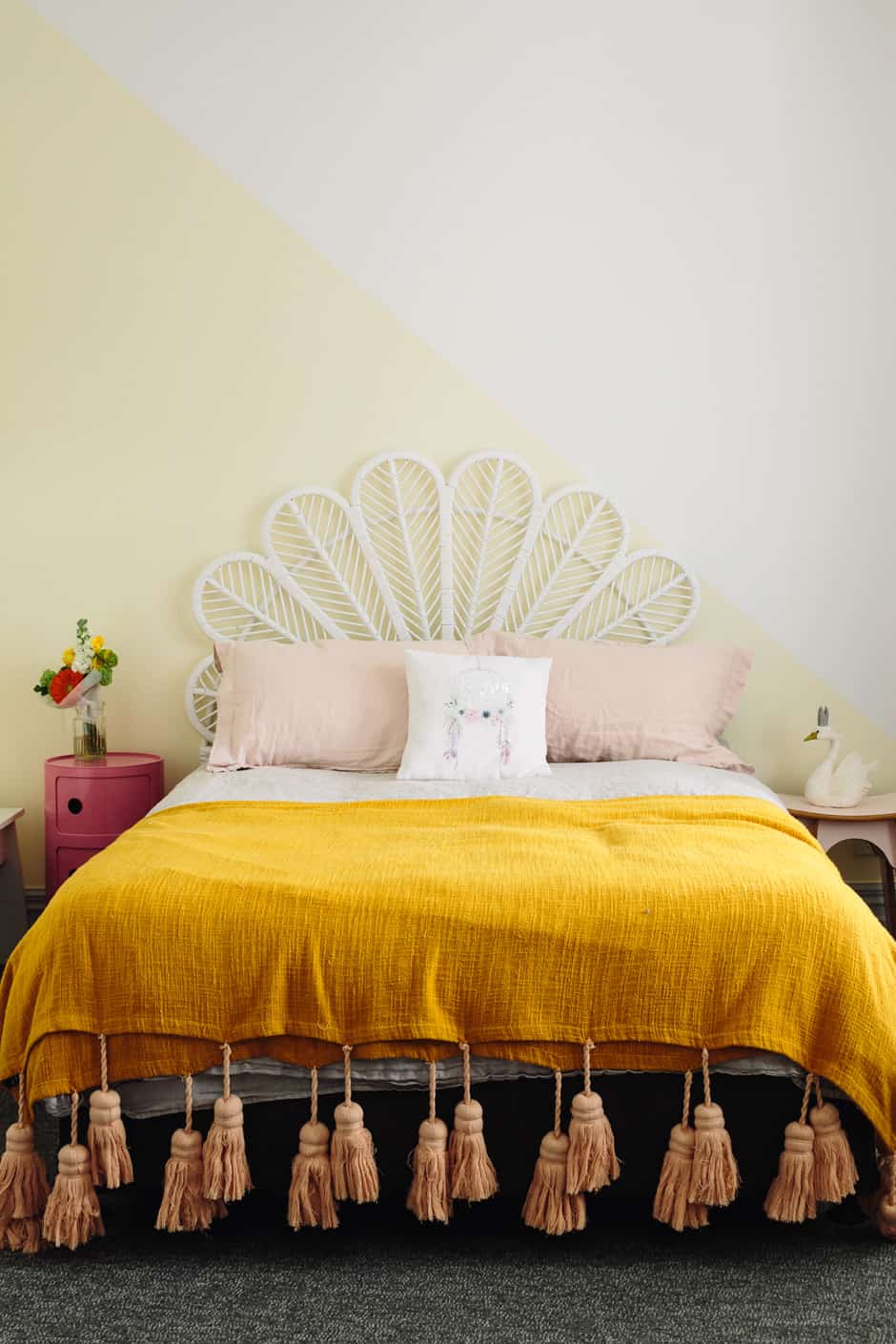 Charlotte found the dreamy wallpaper in Archie’s room at Mr Perswall, while Tomi suggested the triangular paintwork in Georgia’s space and using paint as a pseudo headboard in Madi’s. “I tried to stick to their individual styles,” says Charlotte. “The headboard from Family Love Tree was a perfect match for Georgia, who likes a boho-type aesthetic. Madi prefers order, so I kept her room more simple, with clean lines. Archie would’ve chosen a Lightning McQueen room [from the movie Cars], but I’m not a fan of heavily themed rooms, plus I wanted his space to grow with him. 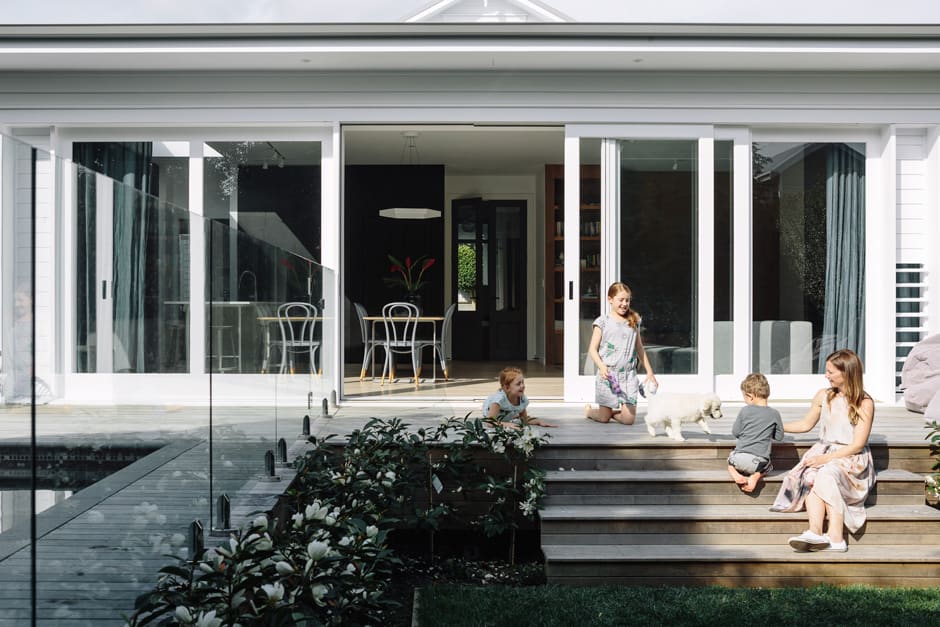 “I’m so proud of this interior,” concludes Charlotte. “I look around and I love it all – our tastes and choices are written all over it. I remember on our first night back in the house, the children were all in bed and Phil and I finally sat down in the new living room with a glass of wine and the fire lit – and we were just so happy to be home.” 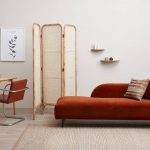 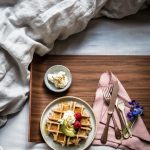