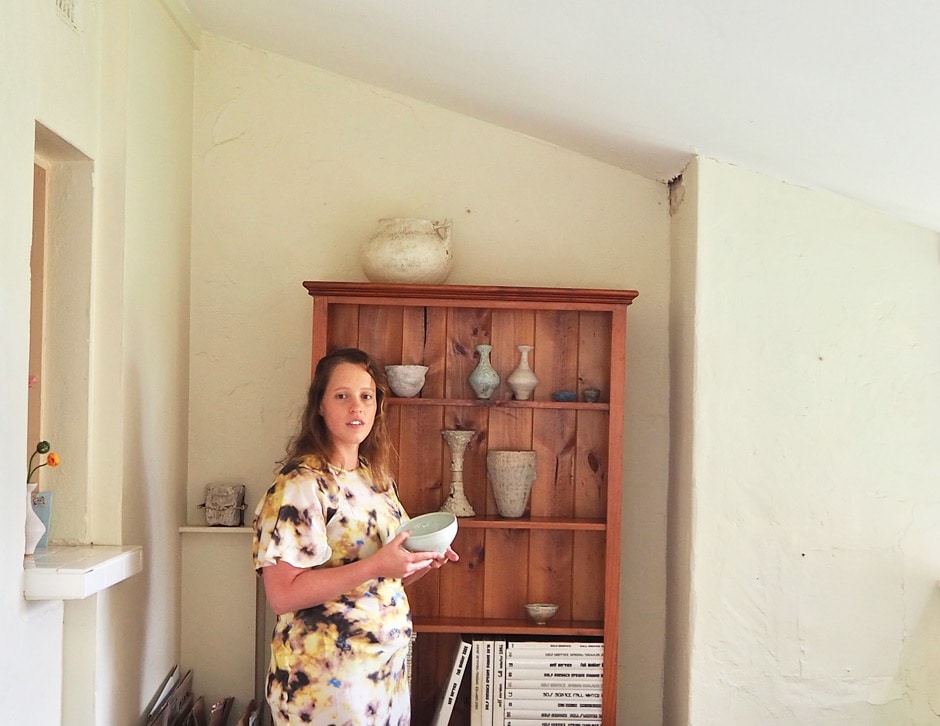 Alana Wilson’s deep connection to the natural world is infused into her work.

A resident of Manly with a studio in Curl Curl, ceramicist Alana Wilson spends her days in Sydney’s Northern Beaches. Finding herself more in awe of Mother Nature’s work than of anything in the man-made world, she’s in or near the water every day, which she says has an undeniable effect on her practice.

So Alana, when did you know you wanted to be a ceramic artist? There wasn’t an exact moment of knowing — it was more of an accumulation of moments that kept leading me down the path to where I am today. I was always very creative as a kid, and having spent most of my childhood in New Zealand, I spent a lot of time out and about in nature. I first experienced ceramics at National Art School in Sydney, where I did my Bachelor of Fine Art, and I loved it from day one. In hindsight, I think these environments of creative experimentation and vast natural landscapes were formative.

How would you describe your work? I feel that any works I create — whether ceramic, sculptural, photographic, film or furniture — centre around values or things I believe are important. I want my work to always stay truthful to the materials and processes I use, which means embracing imperfection and faults a lot of the time. There also needs to be a sense of connection to nature, as well as a valid place in society or daily life that’s relevant to our time. The imagination has no limits, but the physical world does. It’s important for the work to exist in both.

Have you always created pieces in the style you’re known for today, or has your aesthetic evolved? Equal amounts of experimentation and reflection are necessary to move forward, but I think the questions and ideas I’m interested in are still the same. I’ve only had a studio practice for six or seven years, which is quite short in the scheme of things, but I feel I’m constantly circling the essence of the things I started out being interested in.

What’s involved in making a single piece? My initial thoughts and sketches lead to making forms that are then dried, bisque fired, glazed and fired again at a higher temperature, and then sometimes I’ll reglaze and/or refire a piece if it feels unfinished. Throughout this process, I also start to pull together ideas for shooting and exhibiting the works. By the time they’re completed, there’s often a clear path for how they need to be documented and shown to convey the ideas behind them most truthfully.

How long does it take from lump of clay to final object? It could be anywhere from a week to a month. The actual hands-on time per piece is probably three to five hours, plus 24 hours of firing time. I tend to work in a cyclical nature in the studio, so several pieces will be drying, waiting to be fired or glazed, or in progress at any one time, making the timeframe a bit slower. 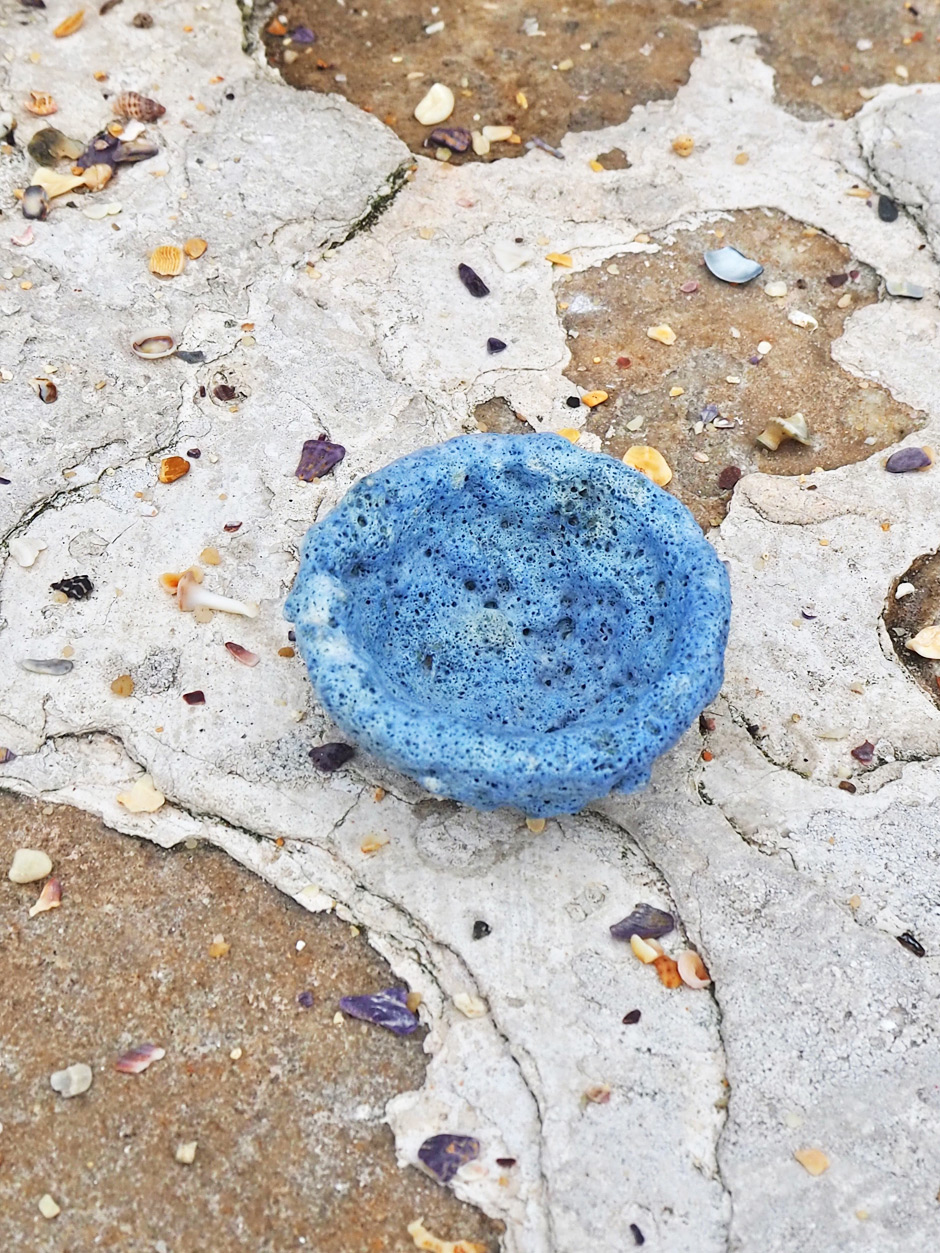 As well as being an art form, there’s a certain science to creating ceramics — can you tell us about some of the research and investigation involved in your practice? I feel like ceramics is more technical and scientific than artistic in many ways. There are several ways in which the medium can be mistreated, so in order to succeed it’s important to have some knowledge of firing processes and the material limitations — both clay and glaze. I believe it’s important to honour the medium like this, and continue to research, experiment and learn as much as possible about the materials and processes I use.
Glazes are my main focus of experimentation. I often test multiple variations of glazes I regularly use, adding different oxides in different percentages to create colour variations, or layering two or three glazes with oxide additives to produce texture, or adding destructive ingredients that decay during the firing process and affect the vessels’ surface. The chemical structure of some glazes can change over time when stored in liquid form, so consistent testing is important too. Every single piece I make is considered a test, and every piece is documented with photos
and notes so I can look back on the processes. It’s never-ending.

What’s a typical workday like for you? My days can really vary, depending on what the studio focus is for the week or month. Lately I’ve been making a lot of new work for upcoming shows, which has meant arriving at the studio early and getting stuck into making and sketching and lost in a bubble of ideas. I know my energy levels are best in the morning for creative and spontaneous work, so I tend to get into that as soon as possible.
At other times, it may be more about glaze testing, which is quite methodical and time consuming, or photographing works. Preparing for a show requires reflection and observational time, and of course, I make time to keep on top of communications.

When you’re not in the studio, where do you look for inspiration? I don’t believe inspiration is chased — I think a certain perspective allows you to find potential inspiration in everything, and across all the senses, not just visually. More often for me, it’s the world around me and the reality of it. Travel is usually a great catalyst; being out of my routine and environment allows a more open mind — a beginner’s mind, in some ways.

As well as your solo practice, you sometimes work on collaborative projects too… I love collaborating and find it really rewarding in terms of the perspective it gives you of your own work, the engagement with other ideas and processes, and the shared dialogue. I recently spent some time in Tairua with artists Ophelia Mikkelson and Ryder Jones. We created a series of bells and small sound sculptures that we documented among the rocks and waves of their local beach. Our aim was to capture the relationship between the natural movements of wind and water, and how this transferred into sound and movement in the pieces we made.

What have you got coming up? I’m currently finalising several vessels for a group show at Melbourne’s Sophie Gannon Gallery in March, and ceramic works for the Australian Ceramics Triennale in Tasmania in May.
alanawilson.com 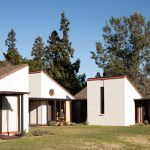 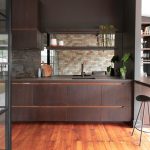