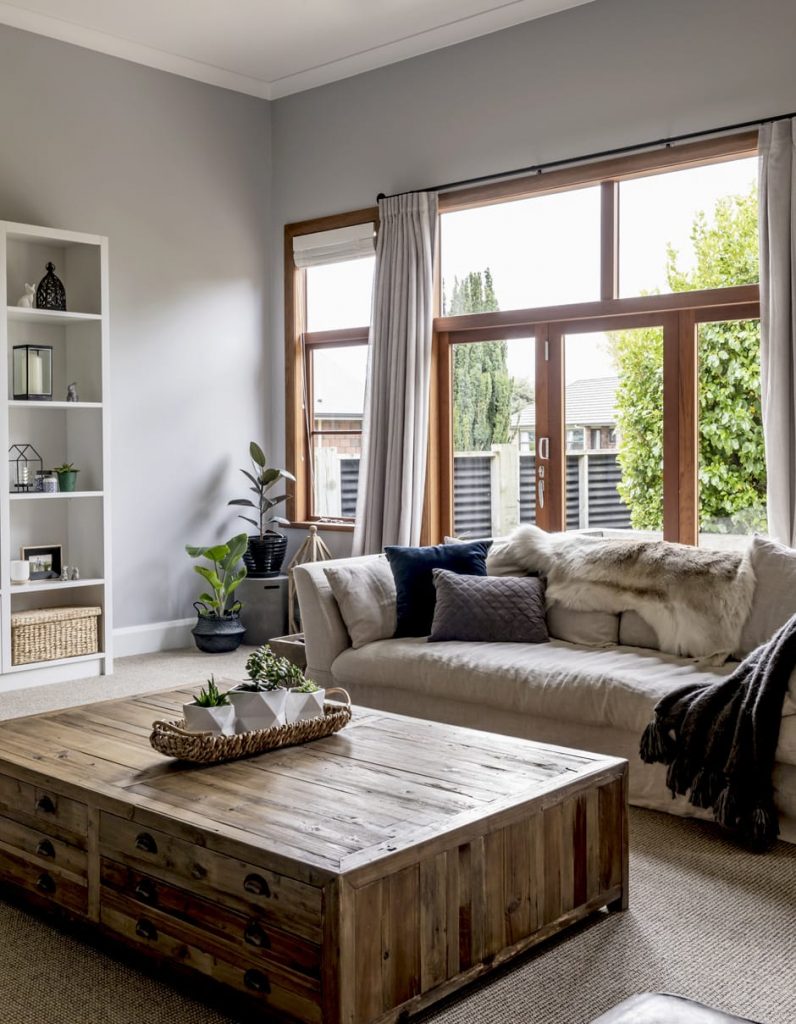 This family’s story just goes to show we should probably never say never.

Keryn Marshall never planned to live in Dannevirke, nor did she particularly fancy the house she, her husband Simon and their three sons now call home. Somehow, however, it’s all turned out just right.
Despite them both having grown up in Waipukurau, just 35 minutes away, when Simon was offered a job in the Manawatu town in 2007, Keryn said, “No way”, its reputation for subpar weather her deal-breaker. Eventually, she relented, on the condition they stay for three years, max. 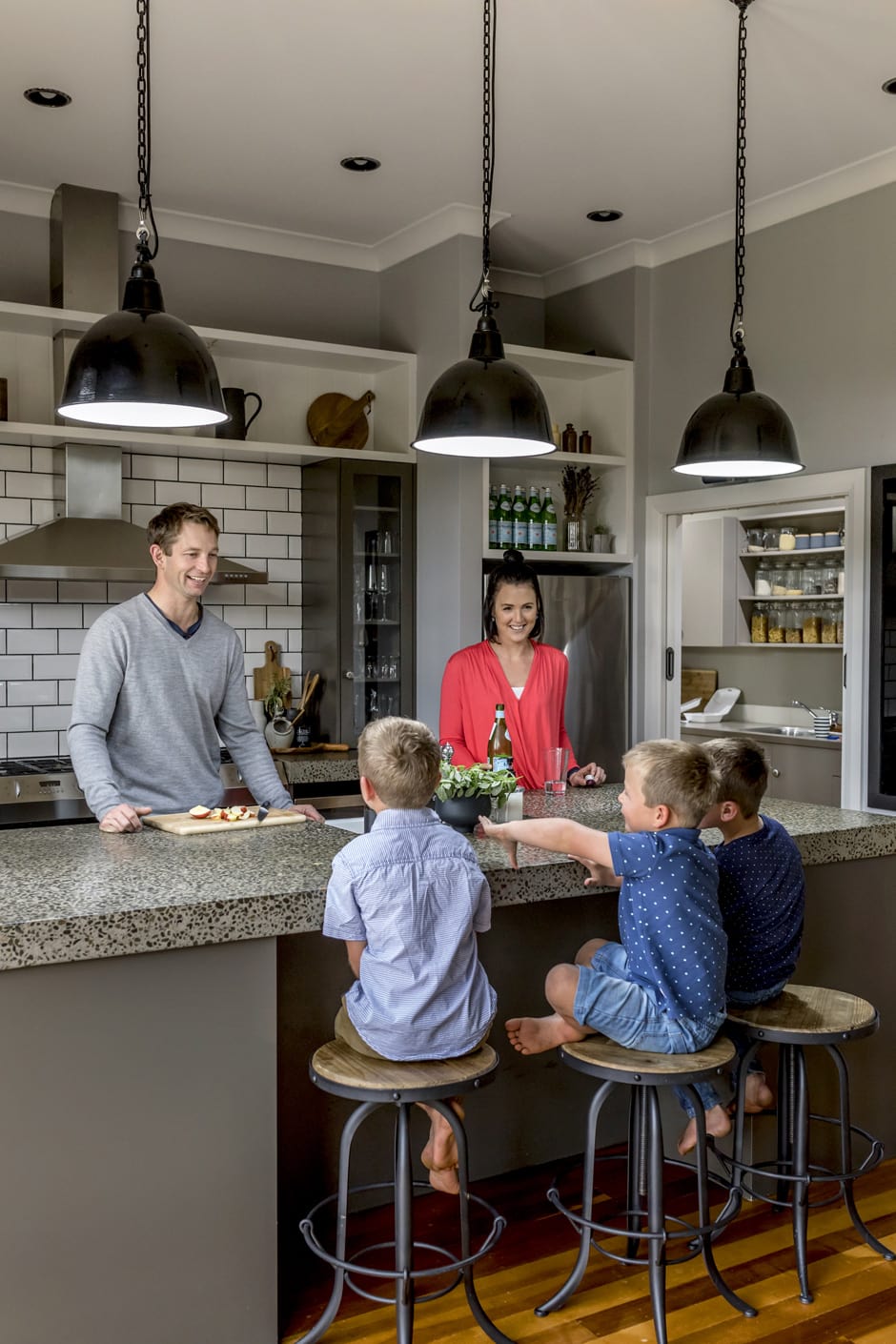 A decade later, they’re still loving it.  Arriving fresh off the plane from their UK OE, the couple moved into a small three-bedroom house, but by 2015, they’d well and truly outgrown it. A fruitless search for a home to buy led them to make plans to build – until a discussion over dinner one night concluded in a U-turn. Deciding that building and landscaping with three kids under five was simply not going to fly, Keryn and Simon revisited the home they now own, having dismissed it on the first viewing.

At 300m2 and with a 3.6m stud, its size had seemed overwhelming, but ultimately they couldn’t overlook its suitability for their boisterous boys – not only the ample room but also its robust design and rustic aesthetic that could withstand the rough and tumble. Another major bonus was its location: situated in the former Dannevirke Public Hospital grounds, it gives the family access to multiple lawns and the old hospital tennis court and pool. Built in the 1940s, the house was a nursing school until the late 90s; the nurses’ home, since demolished, was right next door. It’s one of two original buildings that remain on the site, the other the geriatric ward now occupied by a couple who’re developing the property for additional residences. 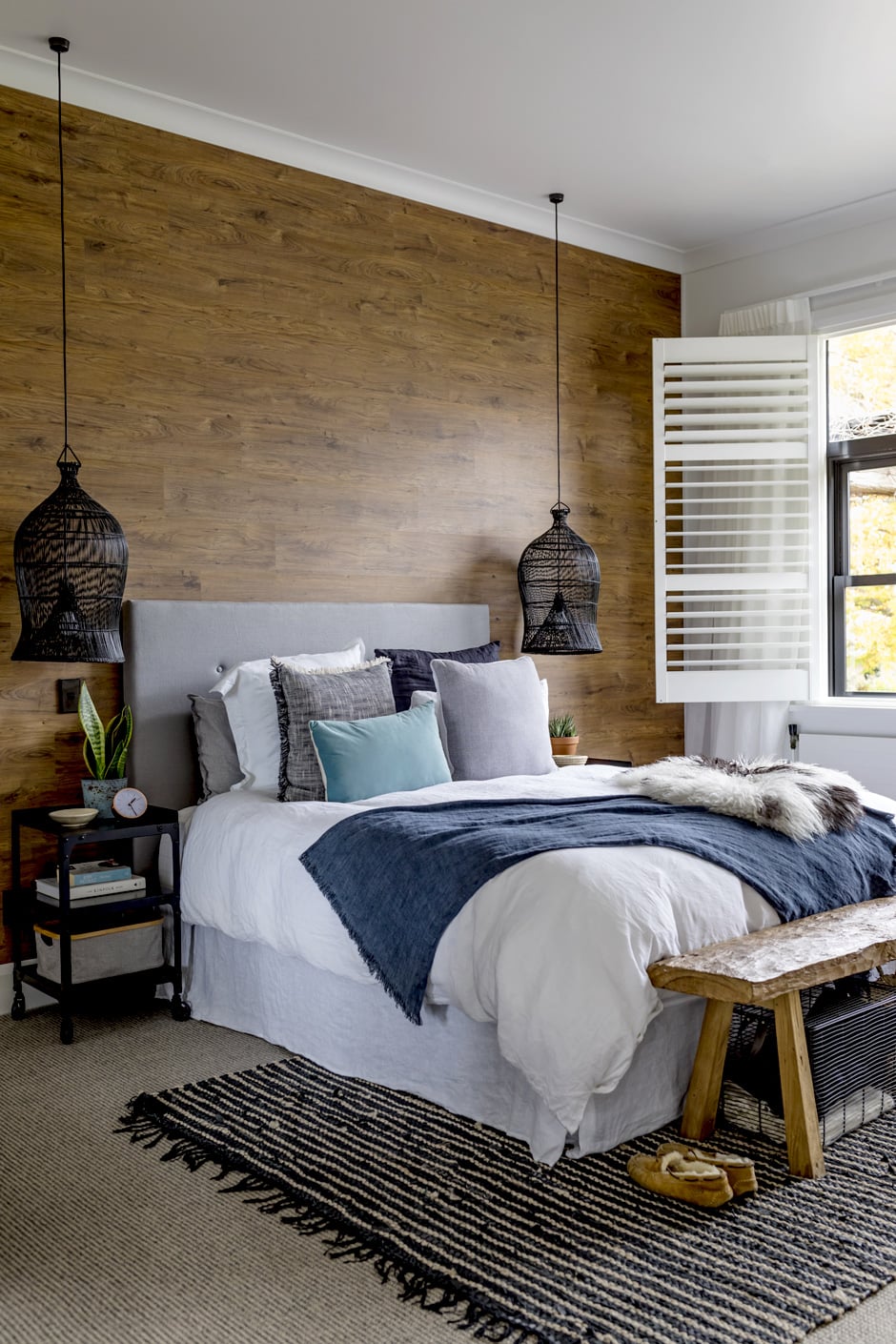 The Marshalls’ place was structurally in good shape, but not quite to Keryn’s taste. “And we’d been living in a small house, so I didn’t know how I was going to source enough furniture to make it make it feel homely and look great without breaking the bank,” she says. “The pieces we did have looked hilarious: a tiny little sideboard and 32-inch TV, faded couches, a few candleholders and not much else.”
With the early stages of a diploma in design and decorating under her belt, and assistance from Jo Blomfield at Interior Motifs, Keryn instigated a refresh that included painting the kitchen/dining/living room, bedrooms and main bathroom vanity; adding new curtains and wooden blinds; retiling the kitchen splashback; installing a skylight in the hallway; and finishing the master bedroom with a feature wall. The furniture she selected is scallywag-proof, much of it crafted from recycled timber. “The house lends itself to a very rustic look – with features like the hardwood beams in the living room and the hardwood ledge above the fireplace, there was no getting away from it,” says Keryn. “But I love this industrial farmhouse style, and it fits well with the size of the house and is great for the boys. The dining table is recycled elm, so if the kids drop anything on it, it’s not a problem; the matai floors are well worn, so if someone walks in with high heels, I don’t cringe; the hallway is lovely and wide, so if the boys run down it with whatever boys run down a hallway with, it doesn’t get dented.”

Still to do is a bathroom makeover, a revamp of the guest bedroom and the creation of an office using space from the huge games room. “And then when I’m finished, I’ll probably want to start all over again!” laughs Keryn. “Poor Simon. I’ve redecorated this house a hundred times over in my head – he’s sick of hearing, ‘This will be the last thing I’ll change.’ Ultimately, though, it’s the things I can’t stop thinking about that I end up altering.”

The weather around here may indeed be “rubbish”, but now this home has Keryn hooked. “Buying instead of building was such a good choice for us, and Simon and I are so pleased we gave the house a second look. We definitely think it was meant to be, and that becomes more and more apparent the longer we’re here. I still get a thrill every time I walk in.” 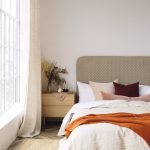 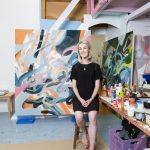