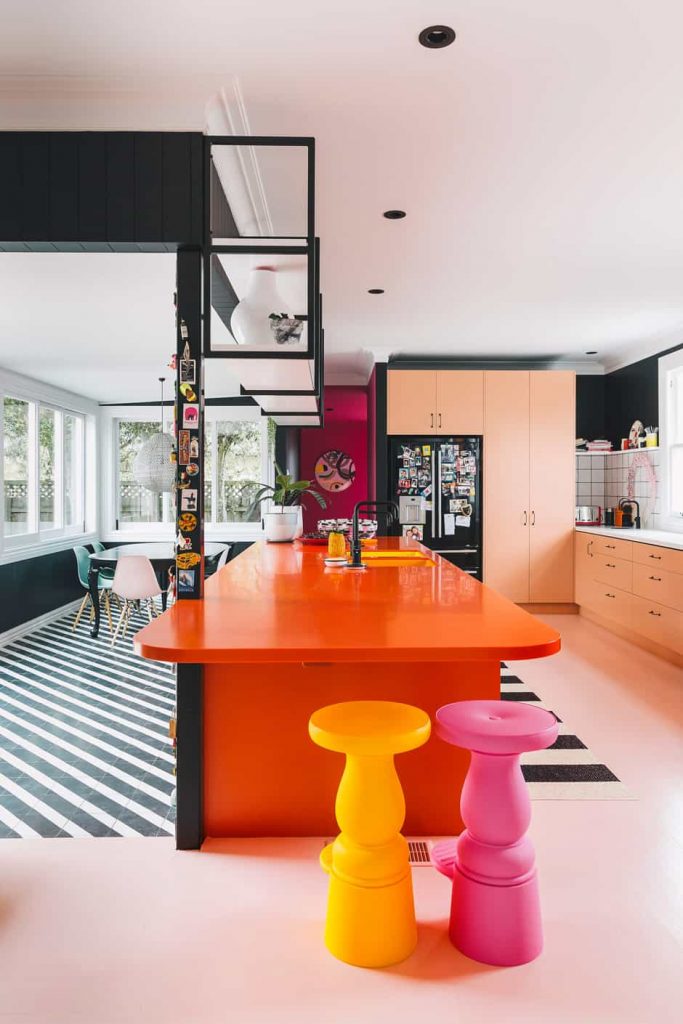 Behind the black and white facade of this Marlborough home, there’s a riot of colour that makes you feel like dancin’.

The term ‘classic villa’ is real-estate jargon that many New Zealanders are familiar with. Stately weatherboard structures with pitched roofs, wide hallways and spacious bedrooms – it’s a set of appealing characteristics that make up for what’s often lacking in the kitchen and laundry departments. 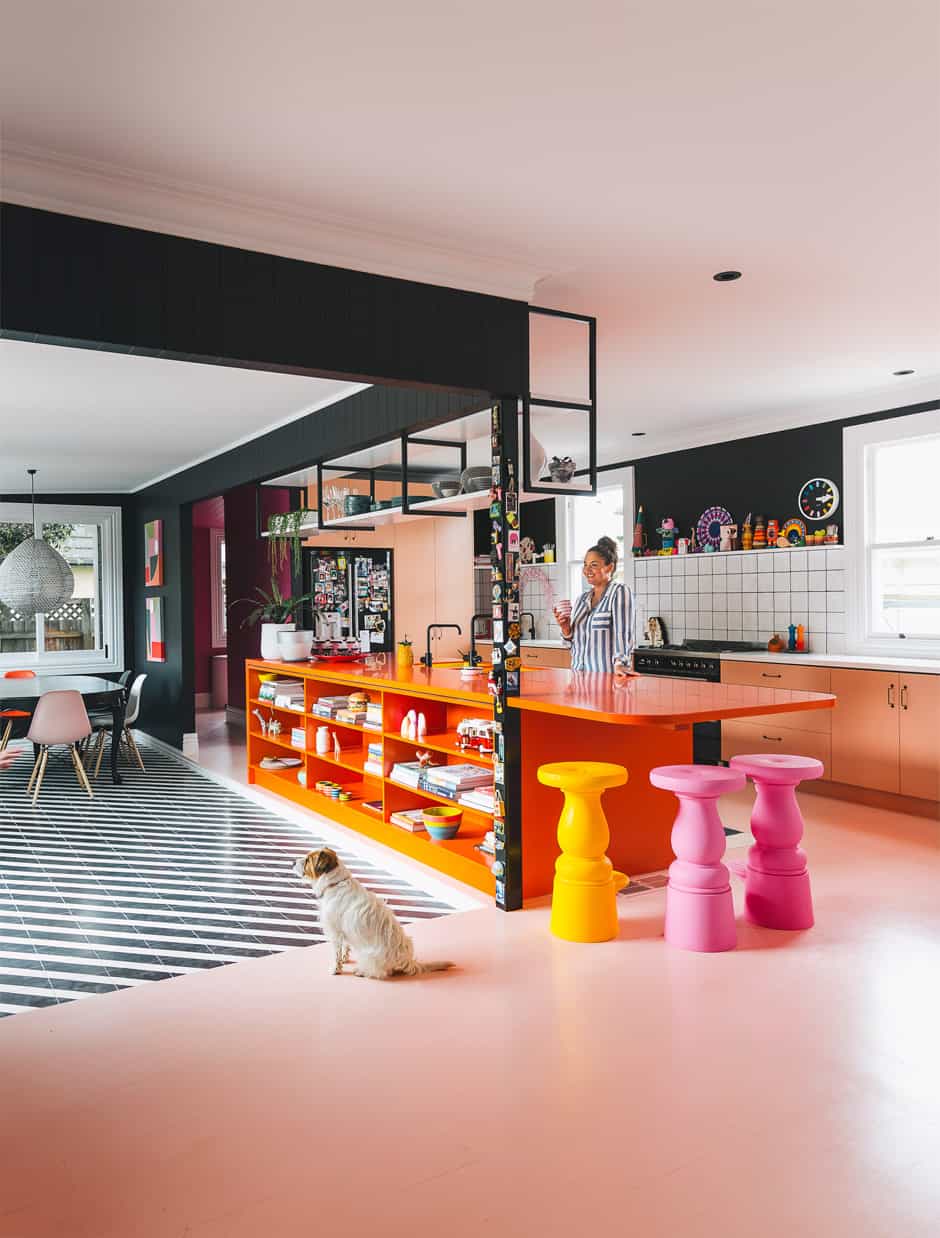 When Alex and Jeff Fulton first set eyes on their Marlborough villa, they were enamoured with its heritage architectural elements – enough that they could look past the “50 shades of beige” interior towards their vision of a colourful home for their family. On moving in four-and-a-half years ago, the first thing they did was repaint throughout; they knew a larger- scale renovation was on the cards, but it was to be undertaken in stages as time and money allowed. Working on a reno in a regional area also requires a little more planning ahead to book in builders and subcontractors.

“We wanted to work mostly within the existing footprint, but knew we needed to alter the spaces to improve the flow,” says interior designer Alex, who managed the project. “There were two small bathrooms close together separating the kitchen and a living area, and like a lot of old villas, the house was disconnected from the outdoors.”

The bathrooms were shifted to create an ensuite linking daughters Isla and Violet’s bedrooms, and a main bathroom that Alex and Jeff share with guests. Next, landscaping transformed the backyard into an outdoor living area with a pool – a space that would eventually be accessed from the open-plan kitchen and living zone.

But the pièce de résistance of the project was to be the orange kitchen, visions of which had been dancing in Alex’s head for some time. “I’d been thinking about the way nudes and neutrals can work to support bolder tones, and knew I wanted the floors to be a blush pink – but we were missing a piece of the puzzle to complete the colour scheme. It wasn’t until I noticed a painting by Annie Sandano pairing a rich rusty orange with the perfect peachy nude [a shade Alex dubbed ‘man-salmon’ to help her convince Jeff of the combination!] that I knew we’d found the colour to complete the picture in the kitchen.”

The aim of the renovation was to open things up, but Alex has always had a love-hate relationship with open-plan spaces. “As an interior designer, I want rooms – walls to work with, surfaces to hold collections and intimate spaces where we can gather as a family,” she says.
Changes in floor level and ceiling height, and the considered placement of built-in furniture, subtly divides the area into a series of moments dedicated to meeting the family’s various needs throughout the day. Instead of pendant lights above the long kitchen bench, Alex designed a ’70s-style shelving unit to anchor the island in the room and frame the view of an old oak tree beyond the sliding doors.

Black tongue-and-groove panelling wraps around a tiled step-down dining area, then continues along the length of the living space, incorporating a boxed display shelf – on which is stashed an ever-changing collection of art objects – and bench seating beneath three sliding windows overlooking the pool.

Many wait until they’ve finished renovating to furnish their homes, but with an eye for hunting out remarkable pieces, Alex had planned ahead. “Nothing is new – I’ve been buying the Eames dining chairs one by one over the years. They were limited-edition colours and I didn’t know how they were going to work in this space, but as it turns out, they’re all part of the same colour palette we’ve ended up with here.”

No happy accident, this home is the work of a considered designer who has honed an interior aesthetic where the whole is greater than the sum of its parts. “Because it’s my own house, I had the luxury of time to analyse my options so that every detail was thought out,” says Alex. “We didn’t rush it because we wanted to get it right.” Click here to see the Fultons’ previously featured bedroom renos, and click here to see her bathroom reno.

PreviousHow the light gets in 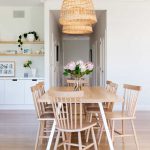 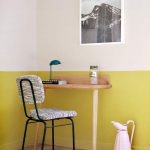