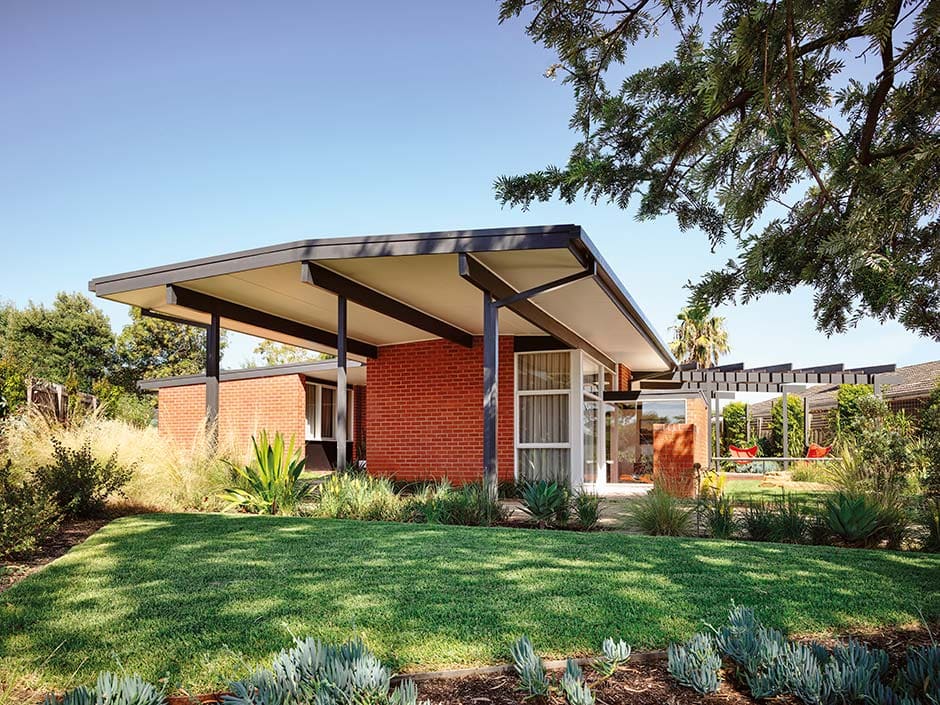 Most renovations of heritage homes aim to restore them to their former glory. The revamp of this mid-century- modern property went one better, reimagining it through the lens of the original architect’s probable inspiration to achieve its unrealised dreams.

Located in the bayside Melbourne suburb of Frankston, the house was conceived in 1963 by architect/famous footballer Jack Clarke, a director of the Small Homes Service project launched in 1947, which offered Melburnians an economical way to build humble but well-designed family homes from a range of architectural plans. Only 49 homes were to be built in Victoria from any one plan, so each was relatively unique, all in all an appealing prospect at a time when post-war optimism was exerting a strong influence on home design and quality of life, while the car was defining cities, allowing them to expand.
Modest yet undeniably special, this three-bedroom abode was built for Jack’s structural engineer and his wife, who brought up six kids in it. The new owners were thrilled to find themselves in possession of such rare heritage and as they prepared to welcome their first child, sought to preserve it for the future. Their architect, Melbourne-based Kiwi Antony Martin of MRTN Architects, had loftier goals.

Likely due to the simple building techniques and limited materials available in the ’60s, the home was quite utilitarian (comparison can be drawn to the work Group Architects were doing in New Zealand at the same time), and featured defining Small Homes Service characteristics such as very efficient spaces and use of materials, and the celebration of the car through the carport. But Antony sensed there was an aspiration to the ultra-rational plan that connected it to examples of mid- century architecture in California, where there was a richer palette. Backed by this thinking, the reference point for the renovation became photos taken in the 1950s and ’60s by late US photographer Julius Shulman, known for his documentation of West Coast architecture.

“We realised Jack might have been familiar with the same photographs but not had access to the resources they’d have had on those projects, so for us, as well as setting up the house for the clients and safe-guarding it for the next 60 years, it became a story of continuing the original intention of the planning while using materials that are available now,” says Antony. “It was a very different brief to the usual alterations and additions. Instead, we had to try to address the problems in the design, then introduce some materiality into it.”
While bridging the gap between past and future, they even managed to unearth Jack’s drawings, which came with a nice surprise. “We didn’t have his plan during our design phase, but we got hold of it during construction, and it was fascinating because we’d guessed at the intention and those assumptions were proven correct,” says Antony. “It was great and validated some of the things we’d chosen to remove — including a few changes that had been made in the ’70s, ’80s and ’90s — and some we’d chosen to retain.”

A key idea for Antony and his team was to alter the footprint and outward appearance of the home as little as possible. The resulting addition of only two new spaces — an ensuite inside and a terrace outside — meant a lot of this project’s magic happened behind the scenes. This was something that impressed the Australian Institute of Architects, who presented MRTN with the John and Phyllis Murphy Award for their work, in part due to the admirable “suppression of ego” about it.
“There were a lot of things that were really difficult yet are completely non-apparent,” says Antony. “There’s no glory in repitching the roof! But I did a lot of work on that and had to get it just right.” 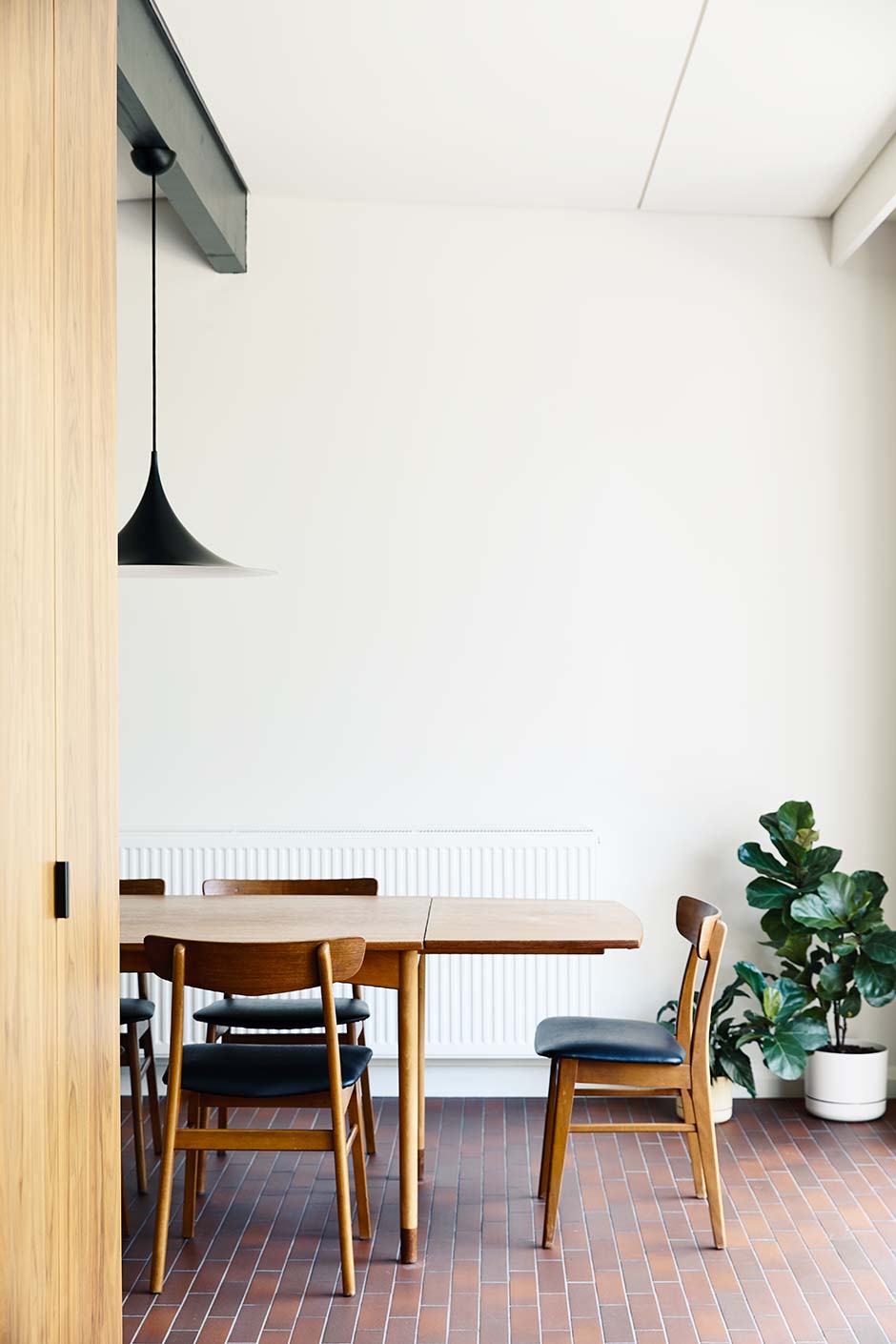 Along with pushing the south wall of the bedroom wing out to the line of the original eaves, this task extended the size and ceiling height of the sleep spaces. The renovation also saw the dining, living and kitchen areas rearranged, and the kitchen rotated so it faces outside and is connected to the new northern terrace. The west-facing sunroom was altered so it can be closed off to stop heat transfer into the house in summer, plus the home’s insulation and roof drainage were upgraded, and double glazing and hydronic heating installed.

The existing colour and material palette centred around red bricks, black beams and white window frames. To complement this, Antony looked to materials used in ’60s California, like the kitchen’s American black walnut veneer. “It’s not a material we’d typically use today, but it seemed appropriate for this house, and then we lined the central services core with cedar lining boards, which are very much from that era.” In fact, almost every surface required replacing or refinishing in some way, including the had-it ceiling lining swapped for MDF board with an expressed joint detail like the original. 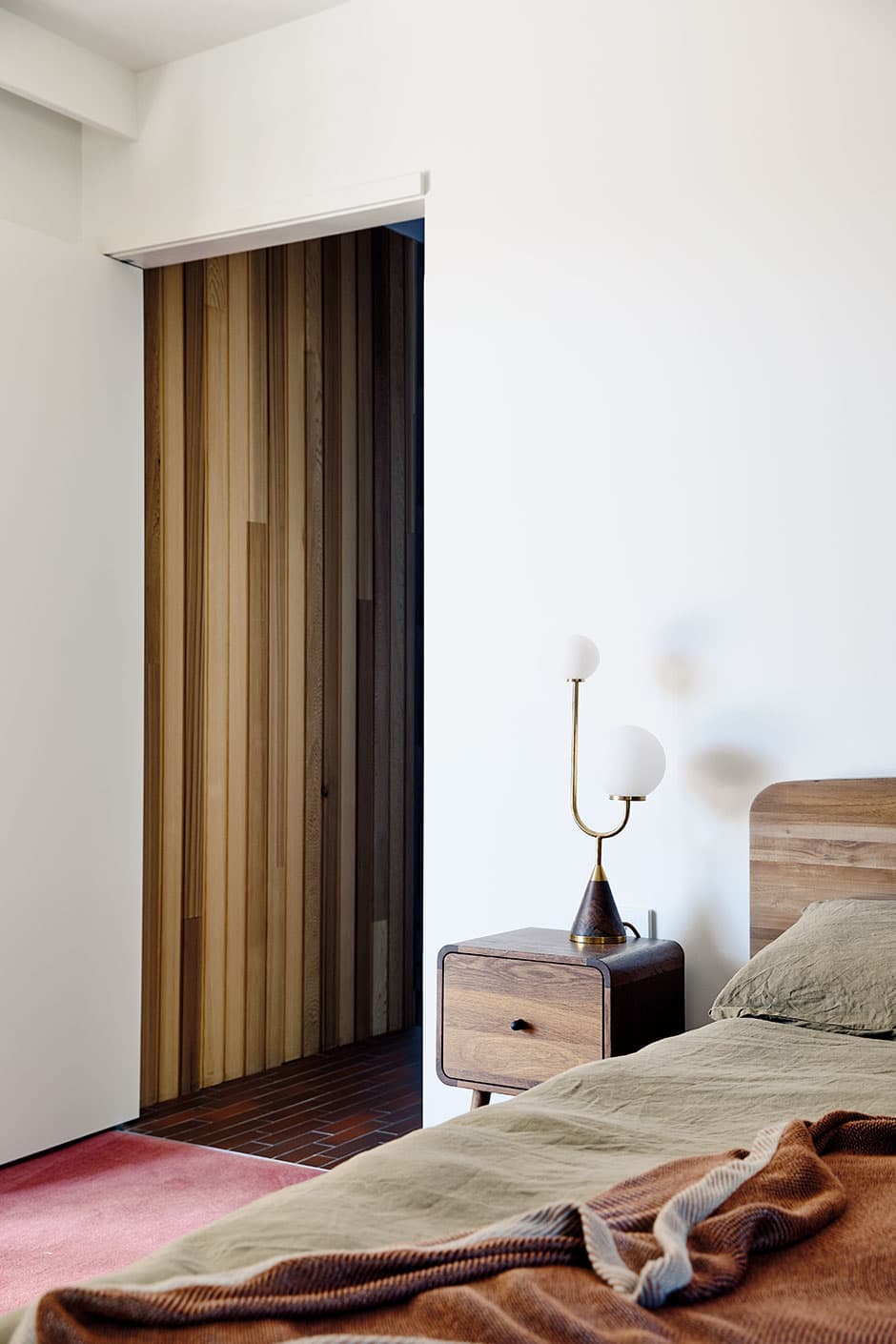 The home is such a masterful example of mid-century design that visitors struggle to put their finger on what’s old and what’s new. “For me, that’s really satisfying,” says Antony. “Restoring the house back to its original state was not the intention — the intention was to fulfil its ambition. That mission to make it better and more beautiful was important to me, and now I can stand back and go, ‘If this were my house, I wouldn’t do anything differently’. It’s fantastic — and, actually, I’m just really jealous now!” 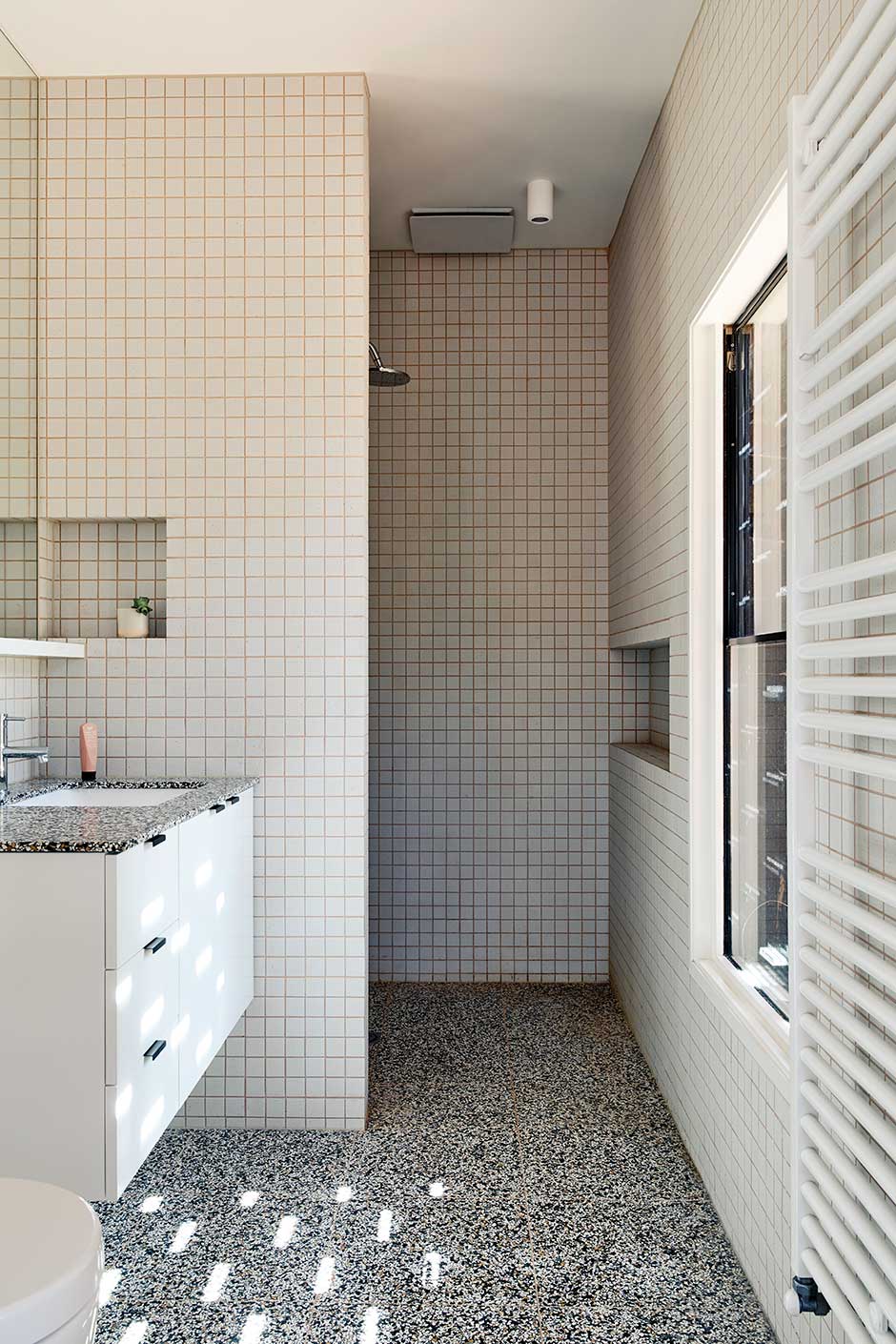 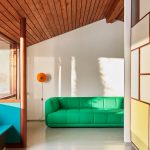 NextReading list: A Life in Pattern by Anna Spiro 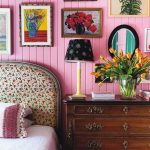