Love to love you baby 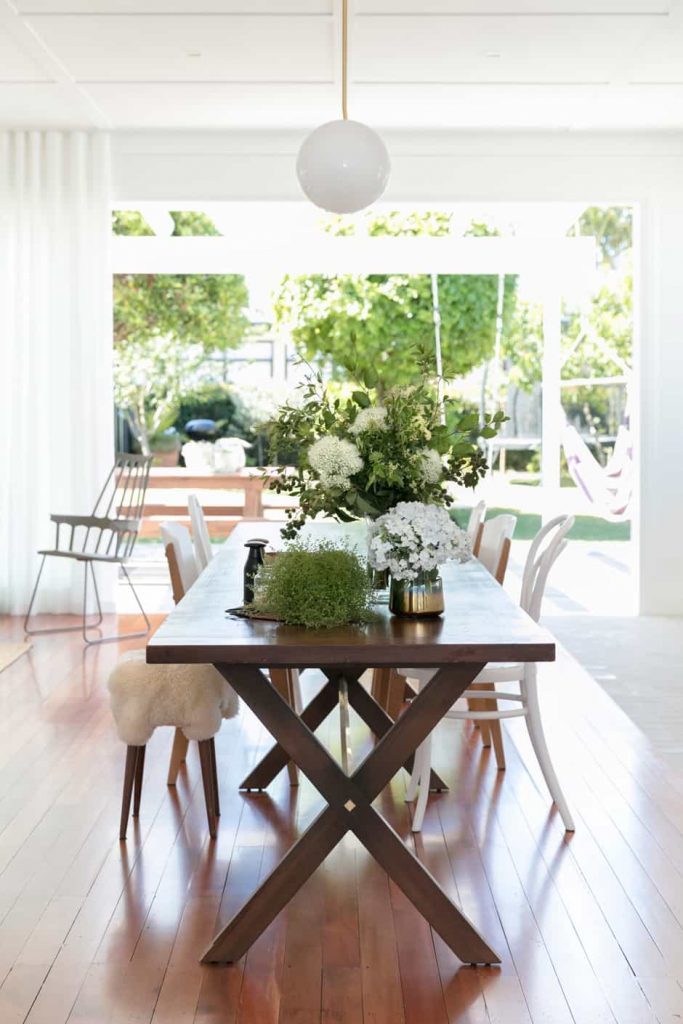 A full house is a happy house for the owners of this sunny bungalow, in which the pleasure is palpable.

Every so often, you walk into a home and can really feel the love. At Danny and Sarah Carlsen’s Auckland abode, it’s all around. It’s there in the rare mid-century Jon Jansen armchair, one of two an elderly Trade Me seller and his wife sat side by side in all their days. It’s in the sentimental treasures carefully collected (like the ice-cream sign rescued during the demolition of a favourite eatery in their oft-visited holiday spot) and crafted by their own and loved ones’ hands. And it’s in their voices as they sit down to tell the tale of a cold 1920s bungalow that survived a 70s facelift to become a modern, warm-as-toast family home they plan to cherish for a lifetime.

The couple’s own love story began 20 years ago, when they met as teens and began nurturing their dream of having a home they could share with others, where they could wine and dine family, friends and creative characters. “The opportunity to create this house was an extension of our vision of us as a couple,” says Danny.
Auspiciously, the “dinky” bungalow became theirs at an auction on Sarah’s birthday. “We’d missed out on so many that we weren’t really thinking we’d get this one, but some things are meant to be,” she says.
Previously owned by a couple who had lived in it for 76 years, it had been immaculately kept. “It’s quite romantic – they’d looked after it really well after buying it as newlyweds,” says Sarah. “But it had a sunroom and laundry at the rear that blocked all the light and warmth, and they’d renovated in the 70s, so it had floral wallpaper, the kitchen was 70s veneer, and they’d taken most of the bungalow features out.”
“There were Persian carpets everywhere, so if you dropped something, you could never find it!” laughs Danny. 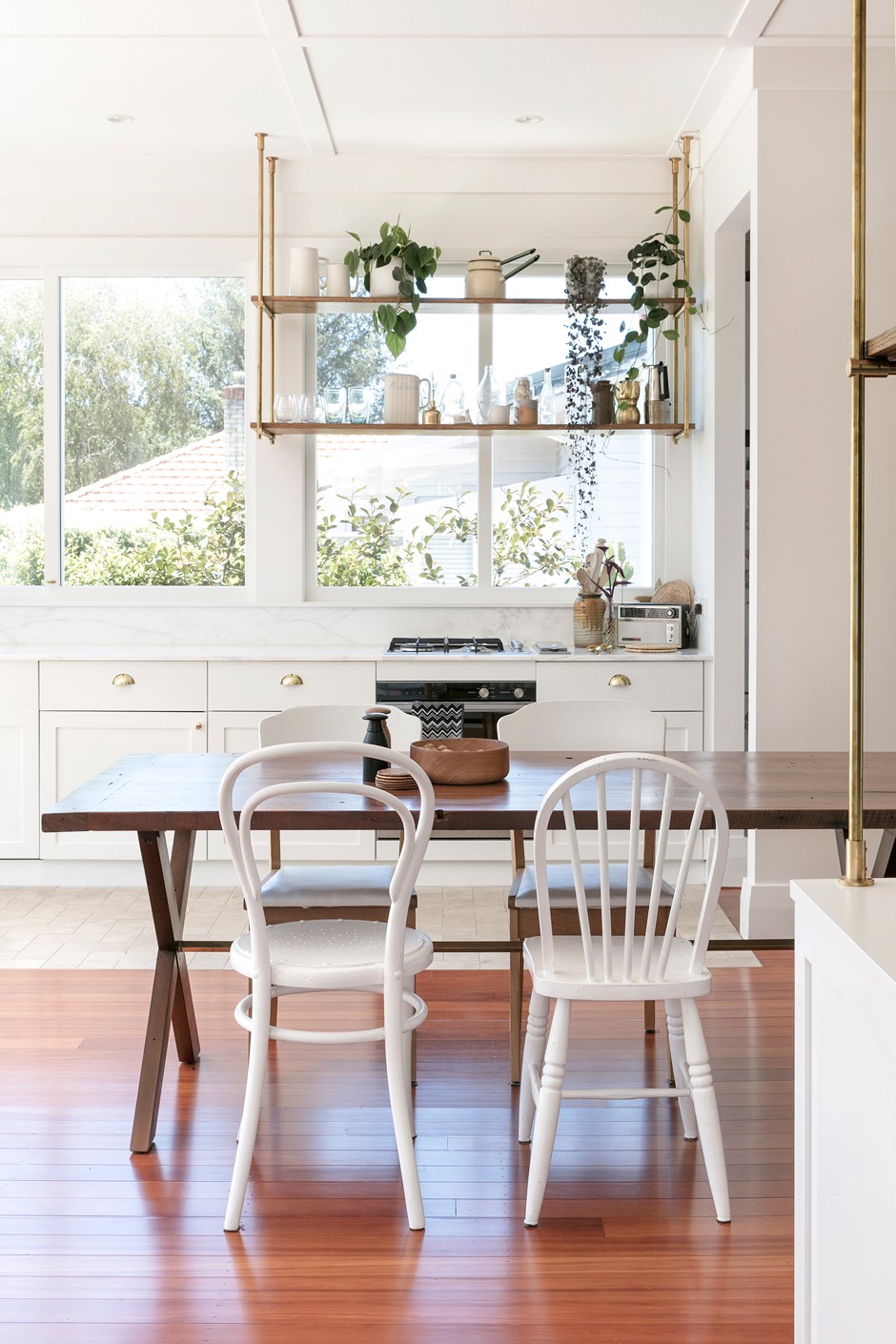 An update was clearly necessary, so 18 months after moving in, they moved out to make way for a renovation involving their nearest and dearest: architect and friend Chris Wood; Danny’s mate Ryan Bickley of 360 Degree Project Management; Danny’s builder brother Chris part of Ryan’s crew and brother Tim pitching in on the after-hours labouring; plus interior designer friends providing advice and encouragement.
Replacing the sunroom and laundry with an extension that houses living, kitchen and dining was a priority, as was reviving the bungalow’s character. In the end, though they’d not intended to renovate the entire house, “we did everything,” says Danny.
That meant that as well as the extension, they added a bedroom and deck; rejigged the entryway; painted and insulated; reinstated the skirting boards, hardwood doors and panelled ceilings; restored the bay window and installed in-built cabinetry in the main bedroom (formerly the lounge); revamped the bathroom and created an ensuite. In an epic “Texas chainsaw massacre”, ex-landscaper Danny overhauled the jungle-like garden too. 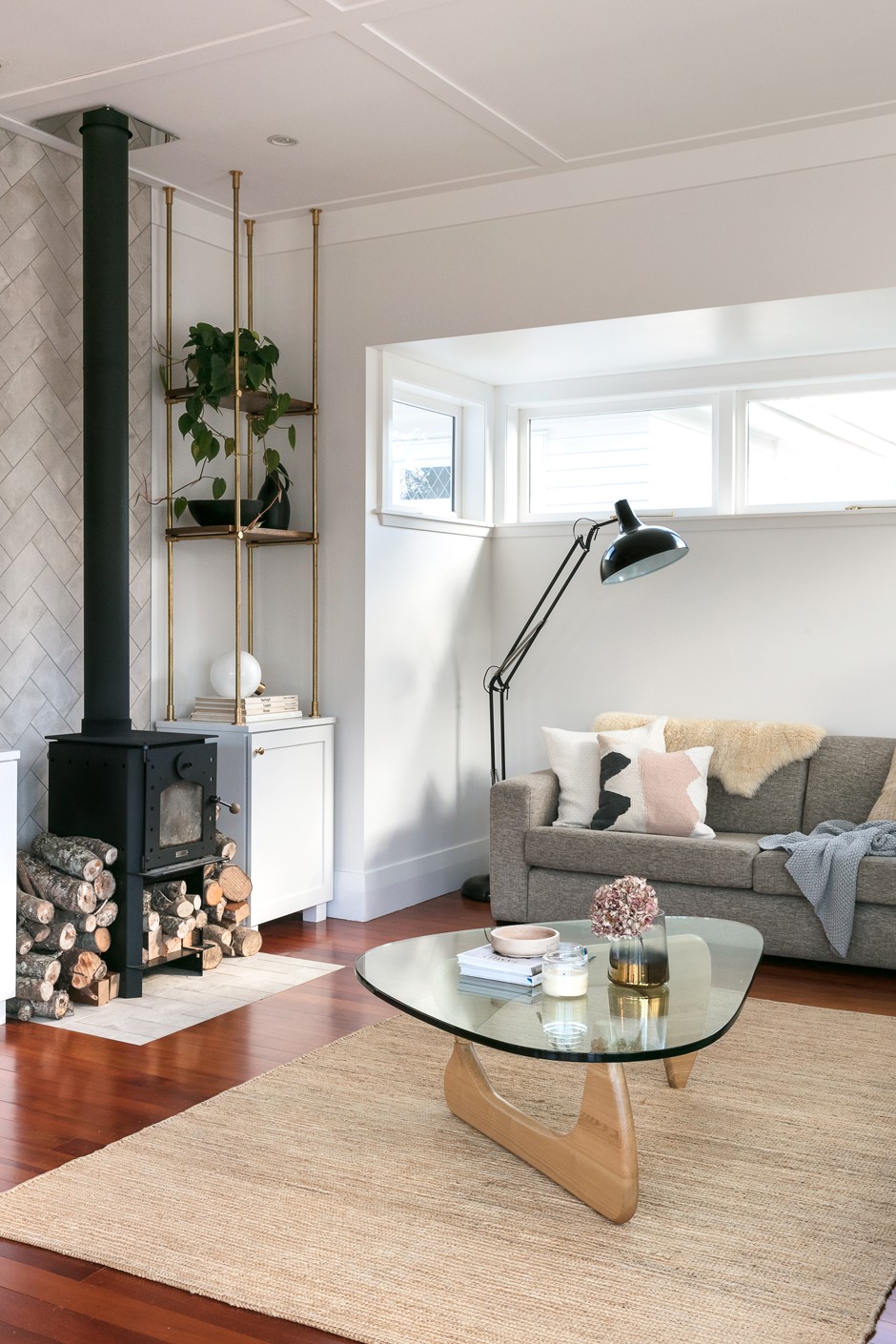 The heart of the finished home is a long dining table that draws you from the entryway into the extension. Initially irked by the “weird communal area” in the middle of the house, Sarah and Danny sought to make a change, but their architect had other ideas. With an insider’s understanding of the pair’s love of playing host, Chris suggested they make the perceived weakness of the home its strength, and design the house around it.
The resulting space is a triumph, furnished by the table designed by Chris and made from rimu removed during the alteration. Its brass stretcher echoes the use of this metal throughout the house, from the handles of the period doors found on Trade Me to the open shelving designed by Chris and Danny, both a storage solution and a standout décor feature.
As with the rest of the bungalow, the genius of the kitchen lies in its simplicity, and the elegant oak and unlacquered brass shelves exemplify that, allowing the deep bank of windows above the marble bench to let in maximum light and a layered view of the fragrant michelia plants and eugenia hedge outside. The pantry and most of the appliances are hidden in an adjoining scullery, while the dining table functions as another work surface.

A shift in flooring from the kitchen’s pale tumbled limestone tiles (laid in a herringbone pattern accented with brass trim) to the warm heart matai floorboards of the living area creates a subtle definition between zones. In the living area, that fabulous shelving is integrated with bespoke cabinetry that sits either side of the new fireplace, which Sarah says is perfect for gathering around in the evenings and “taking a bit of the ‘grrr’ out of winter”. 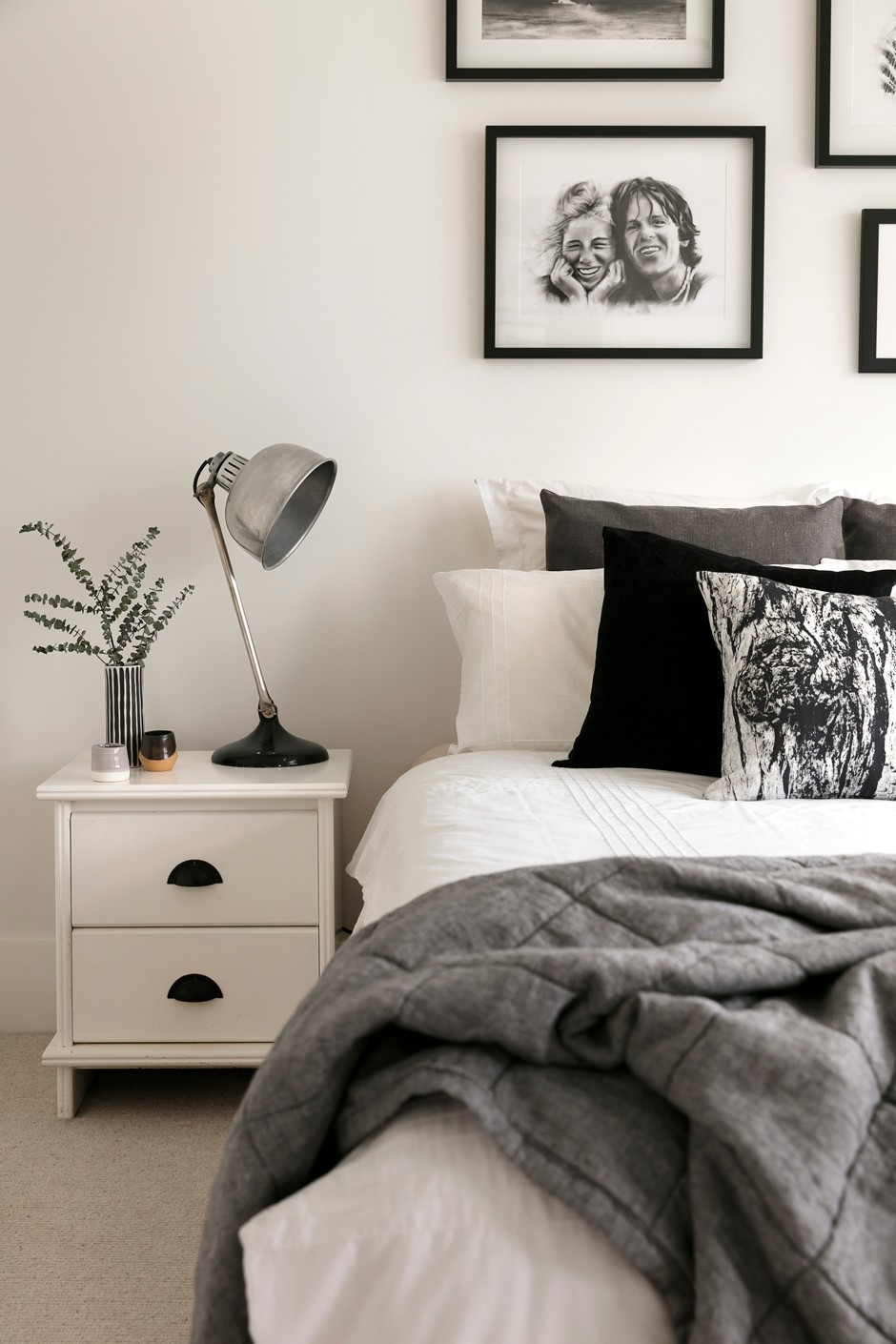 Life here is relaxing and social, says Danny. “It feels like a sanctuary. To have a house you want to invite people into is really special; we feel so privileged. We’re all about creating memories, and that includes having friends and family coming in and sharing the house. That’s one of the things we love most.” 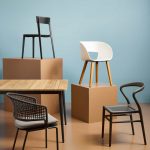 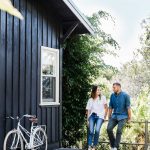