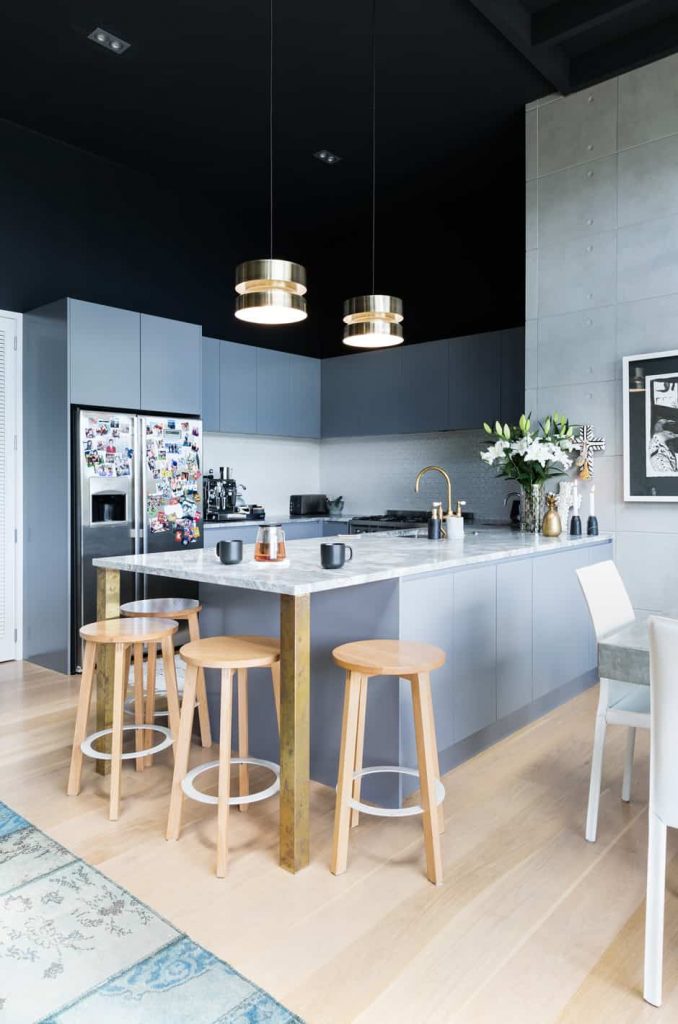 This home’s position on the slope of a dormant volcano brought some serious opportunity to the table.

Once upon a time, there was a house built on sticks, set atop an ancient lava flow and painted in a fetching combination of red and green. Then along came Nikki and Matt Willis. Reconfiguring a home constructed on solid rock is no mean feat, yet it was precisely its position that brought exciting possibilities to this otherwise “extremely unappealing” old villa and has seen it turned into a true beauty. 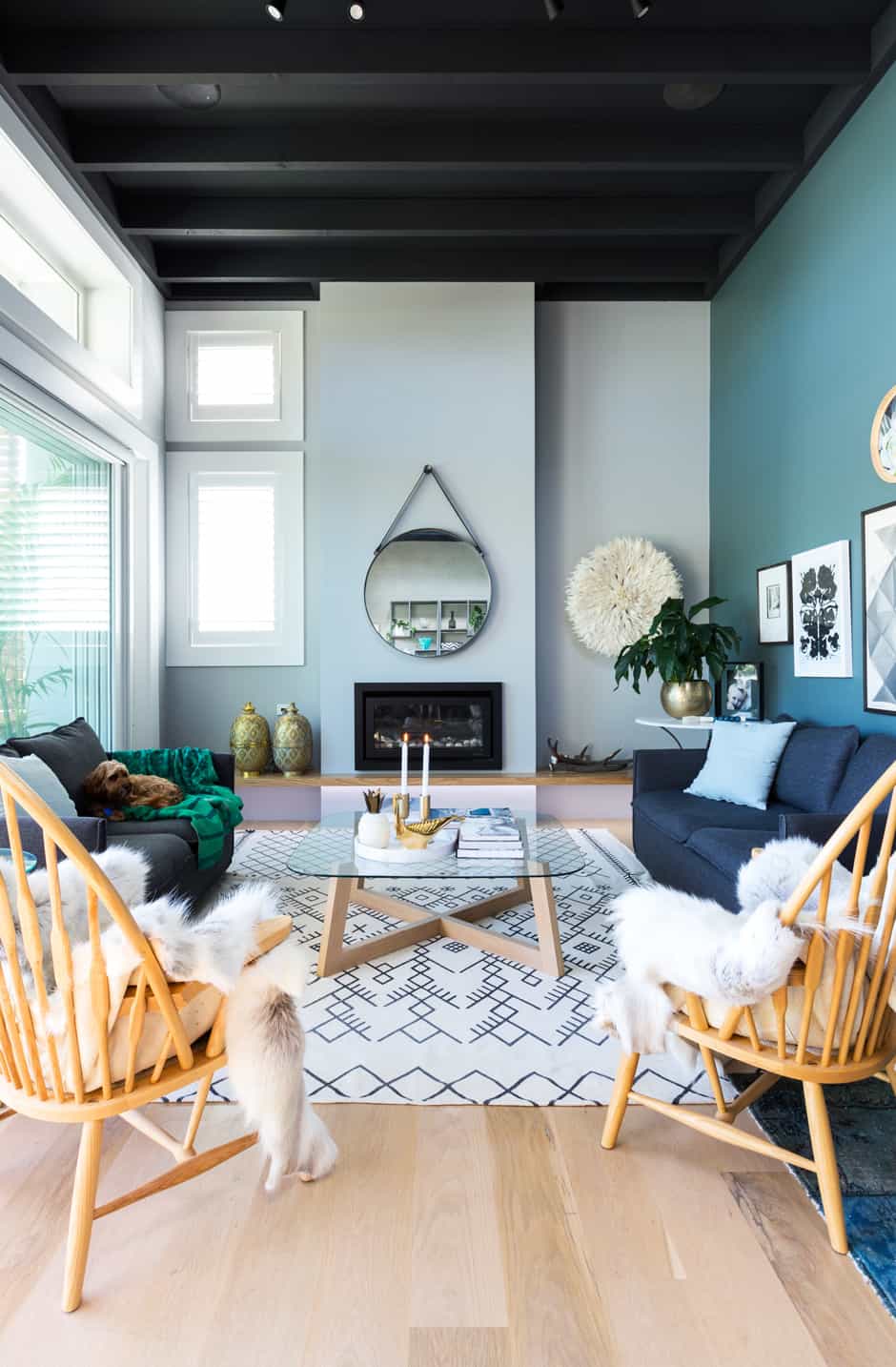 “It was a nail-biting experience,” says Nikki of the purchase of their heritage dwelling in Auckland’s Mt Eden. “While we were in the process of selling our previous home, we were shown this one. We ended up selling at auction and buying in the following one. It was an experience I don’t particularly want to repeat.”
They won’t be doing that again… but we doubt they’ll feel the need to – for a while at least. Former art director Nikki says she could see the potential to turn this century-old relic into something “really unique and special”, and under her and Matt’s direction (with architect Jason Bailey and Elite Builders also on board), it has become all that and then some. What appears from the street to be a humble single-level home is in fact a sophisticated two-storey marvel full of unexpected surprises.

Situated on a slope, the “small box on poles” had a four-metre void underneath it, a “massive bonus” that with additional excavations of volcanic rock allowed the couple to build more than one level below the existing floor, as well as outwards. Original elements, such as the high ceilings (three of which are crafted from intricately pressed tin) and a stained glass window in the couple’s eldest son Jonty’s room, were respectfully restored. But these aside, it was high time
for an overhaul.

Upstairs now are four generous bedrooms, two ensuites and Jonty and little brother Toby’s shared bathroom. Down through a bewitchingly dark navy-and-gold stairwell is a media room, a powder room, the laundry and an open-plan living and kitchen area that links to a palm-filled garden with a heated pool.
An early focus was the opening up and extension of the upper-level hallway – all the better to greet you with a view from the front door through to a broad picture window with a breathtaking outlook into Eden Park and beyond to the distant Waitakere Ranges. Here, an atrium was created that connects the upper-storey bedrooms with the living spaces below, a remarkable twist in the tale that results in a gorgeous sense of spaciousness.

Nikki took the reins on the interior decoration front. “The exterior of the house is all white, but the interior is all colour. Because the ceilings are so high, I was able to add beams and paint them charcoal, and I wanted to combine the dark ceilings and walls with pale floors. I find wooden floors warm and inviting and love adding rugs for interest. Only the second living room – our media room – is carpeted.”
Ah yes, the kids’ zone, aka the “blue room”. Everything in it is the same deep blue: the walls, the ceiling, the carpet, the shutters.
“It’s such a great space, very cosy and perfect for watching movies,” says Nikki.
Another compelling aspect of the interior is the artwork the couple has been collecting for 20 years. Encountered at every turn, it encourages a stop-start progression through the house. During the renovation, Nikki was also inspired to produce some special photographic pieces “that would suit a villa but be impactful and have a modern edge”.
The result is a series of beautiful botanical images shot with a macro lens, which are displayed in the couple’s ensuite and the main living area, and are for sale online. 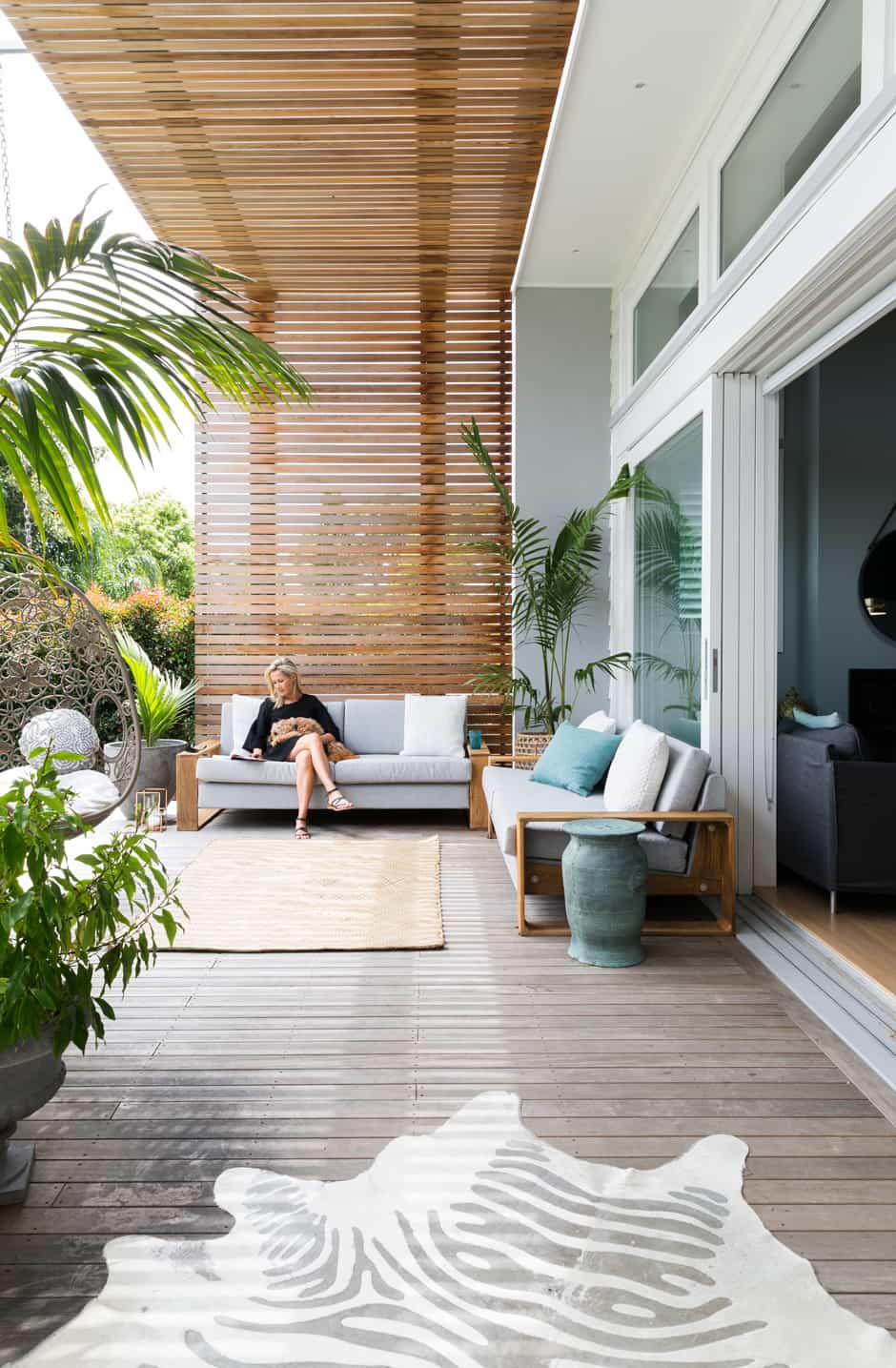 A giant sliding door in this zone opens the room to a deck encompassed by a folded cedar frame, a contemporary take on the traditional verandah. Sun-drenched from mid-afternoon till dusk, the family really makes the most of it. Nikki can often be found in the hanging chair watching the kids in the pool or on the trampoline, and the newly purchased outdoor couches are earmarked for relaxed al fresco dining.
Elevated and west-facing, the home is “really warm and comfortable; we enjoy loads of light and amazing sunsets”, says Nikki of their fairytale ending. “It’s exceeded our expectations. You’d never have imagined we could turn the existing house into the one we live in now.” 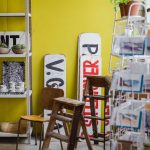 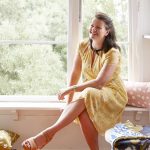