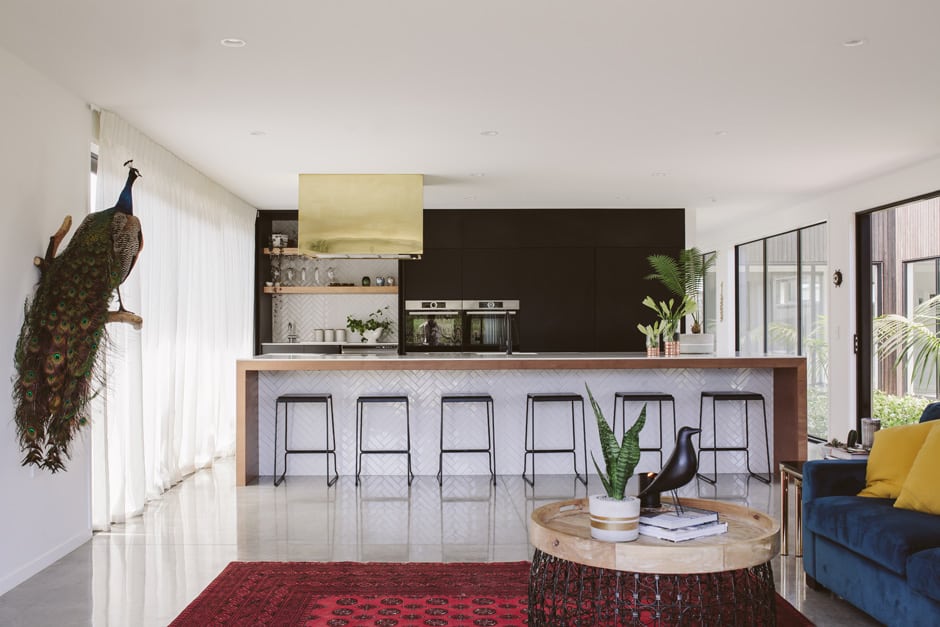 An internal courtyard surrounded by glass turns this cleverly designed home into a private sanctuary.

After many happy years undertaking three extensive renovations, Annika and Brad Rowson – the husband-and-wife team behind New Plymouth’s Rowson Kitchen & Joinery – began thinking that the ease and simplicity of a contemporary dwelling might be better suited to their busy lifestyle.
In 2012, Annika had a thunderbolt moment and sketched a design for a new family home. “The place we were living in at the time was quite dark, so I had this idea for a floor plan where light was directed into the interior,” she says. Suddenly, the search was on for a section to fit their fantasy – but when they couldn’t find what they were after, the plan was filed away. 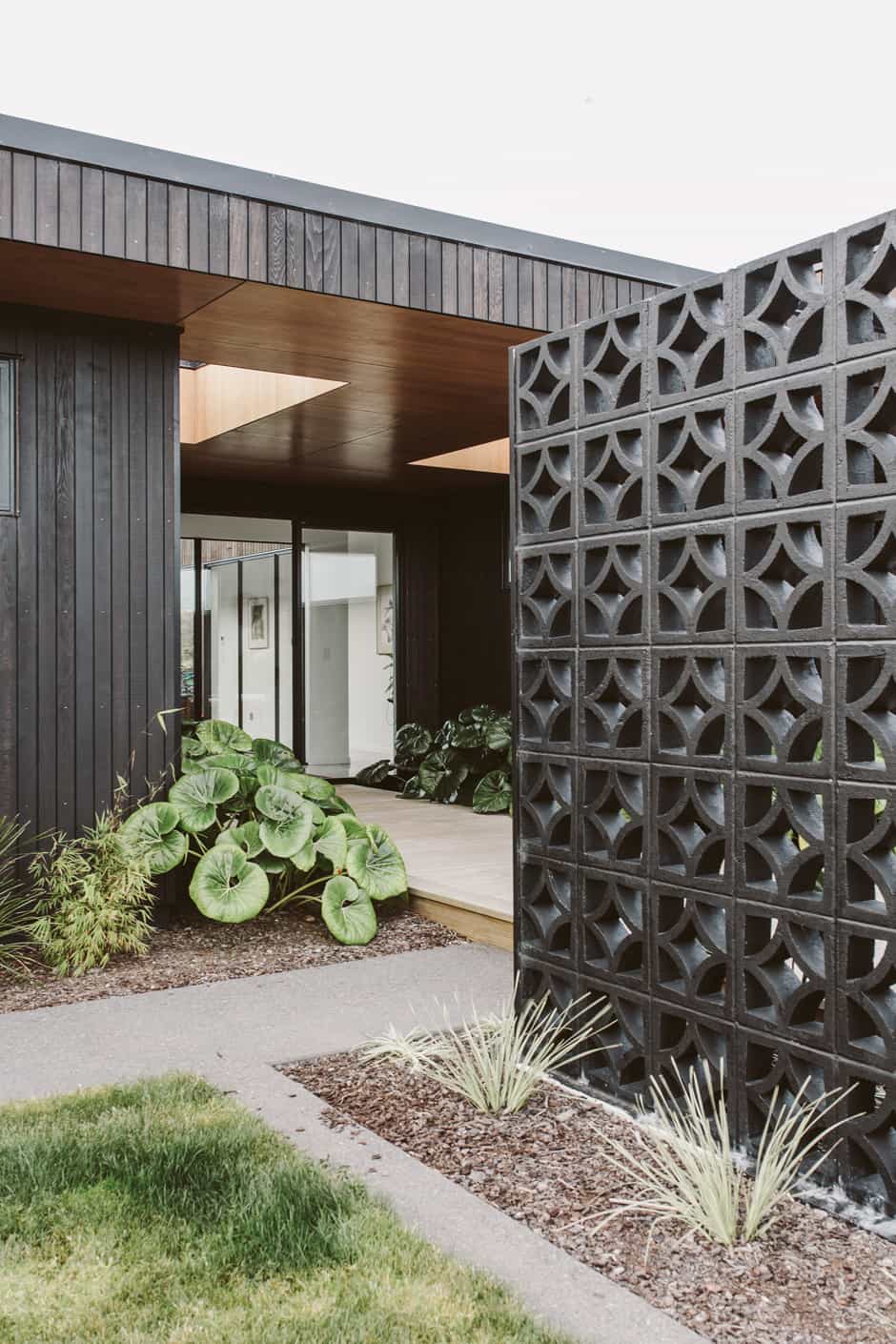 With their business going from strength to strength, two years quickly passed – and then the perfect section came up for sale. With the dimensions they were looking for and in an ideal location close to the beach and coastal walkway, it was an opportunity not to be missed.
“We worked with a fantastic architect, Paul Russell, who turned our concept into 3D,” says Annika. “Once that was sorted, we stepped back and let Landmark Homes do what they do best. We began building in May 2015, which was a tricky time to start as it was one of the wettest winters we’ve ever had here.” 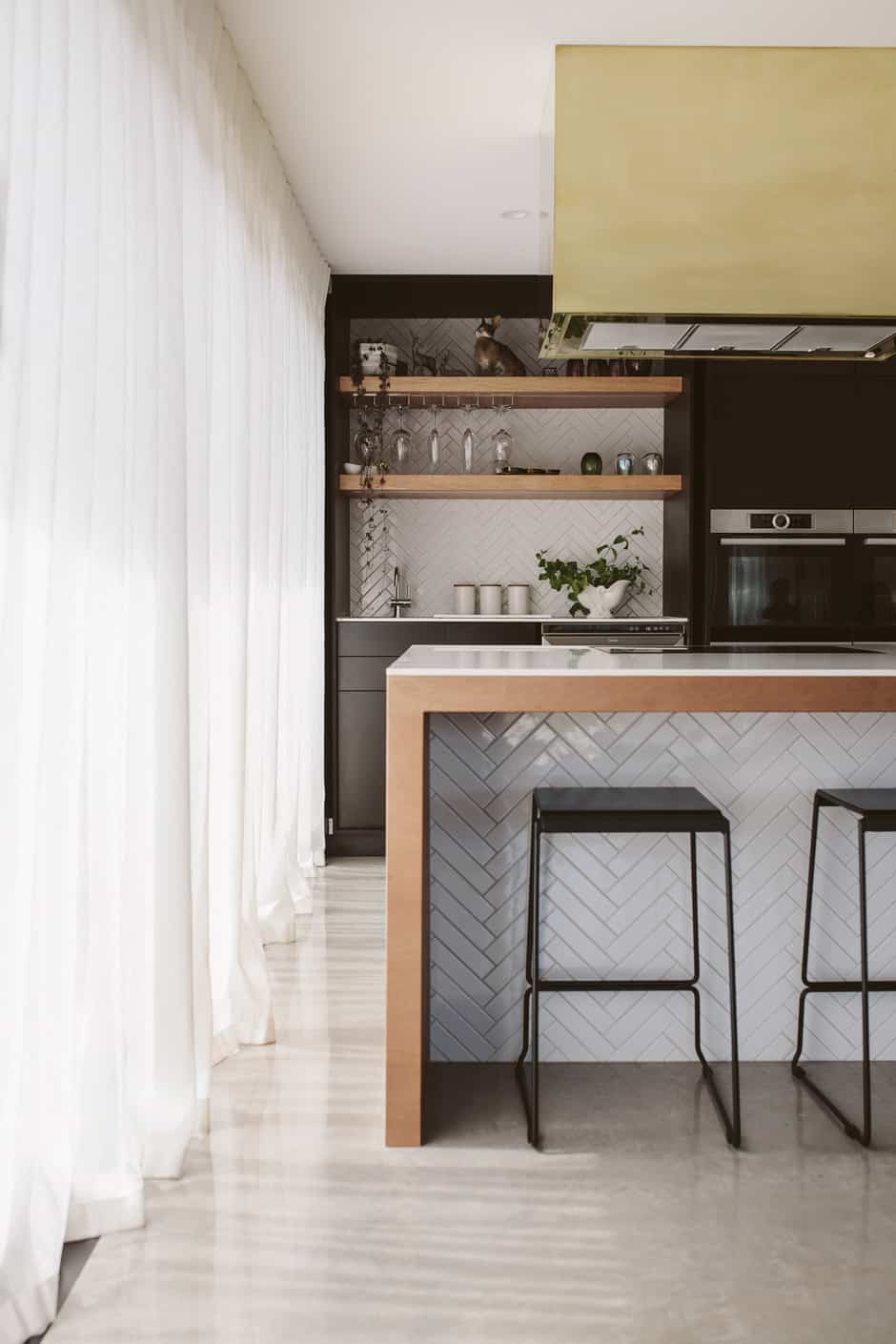 Although things were a little slow to get started, progress tracked smoothly, and by February of last year, the family was moving on in. The finished home sits snuggly on its 1000m2 section. A rectilinear black box clad in stained cedar, the front façade belies the light, bright interior within.
“We wanted to create an entrance that separates our home from what’s going on outside – a space that would take you on journey into the house,” says Annika. So they incorporated a nod to the mid-century architecture she’s often inspired by in her work: a boardwalk punctuated by lush tractor-seat ligularia and with ply panelling overhead that adds life and warmth to the black exterior. Light wells – another mid-century element – direct sun into this space, and let in rain for the plants. 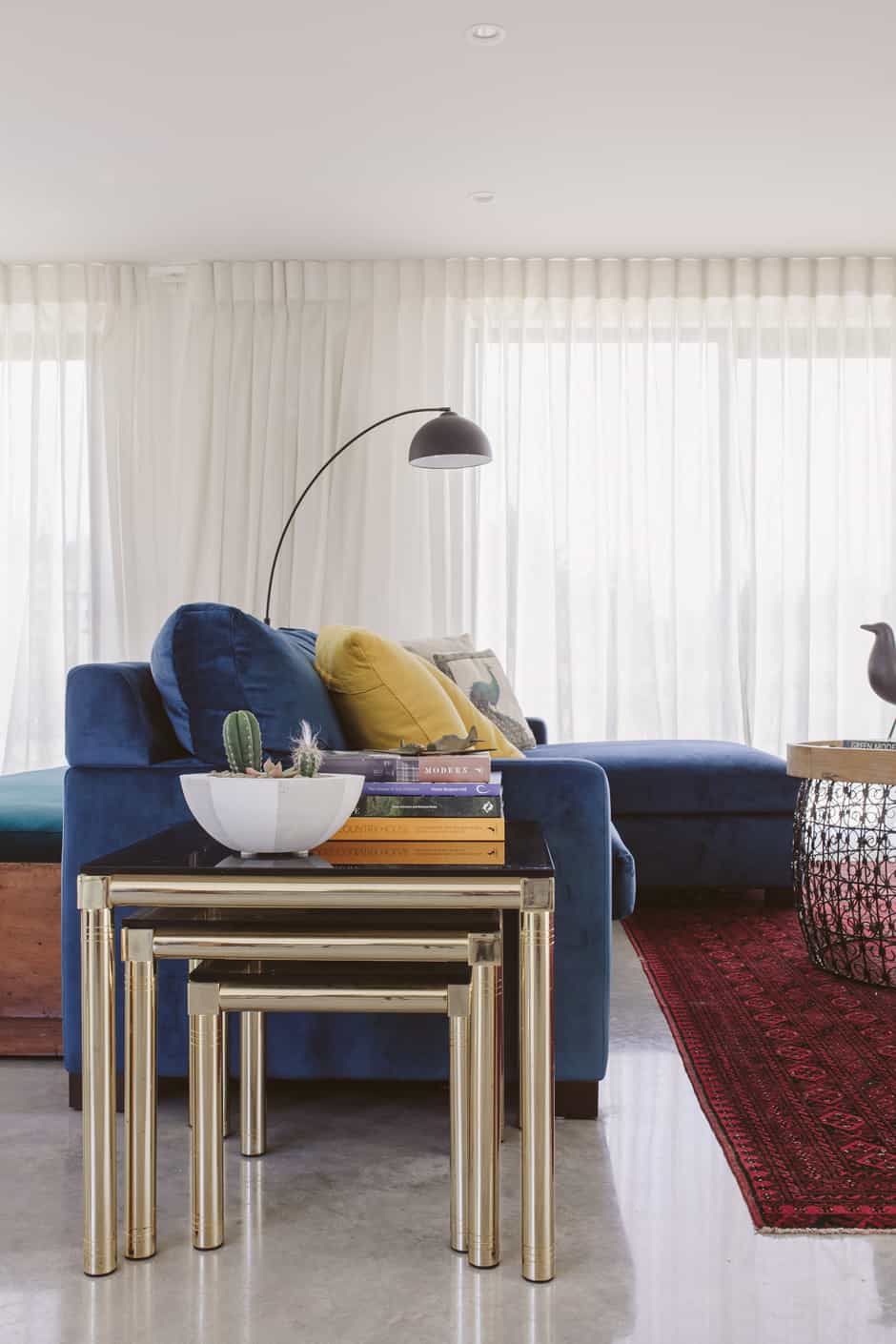 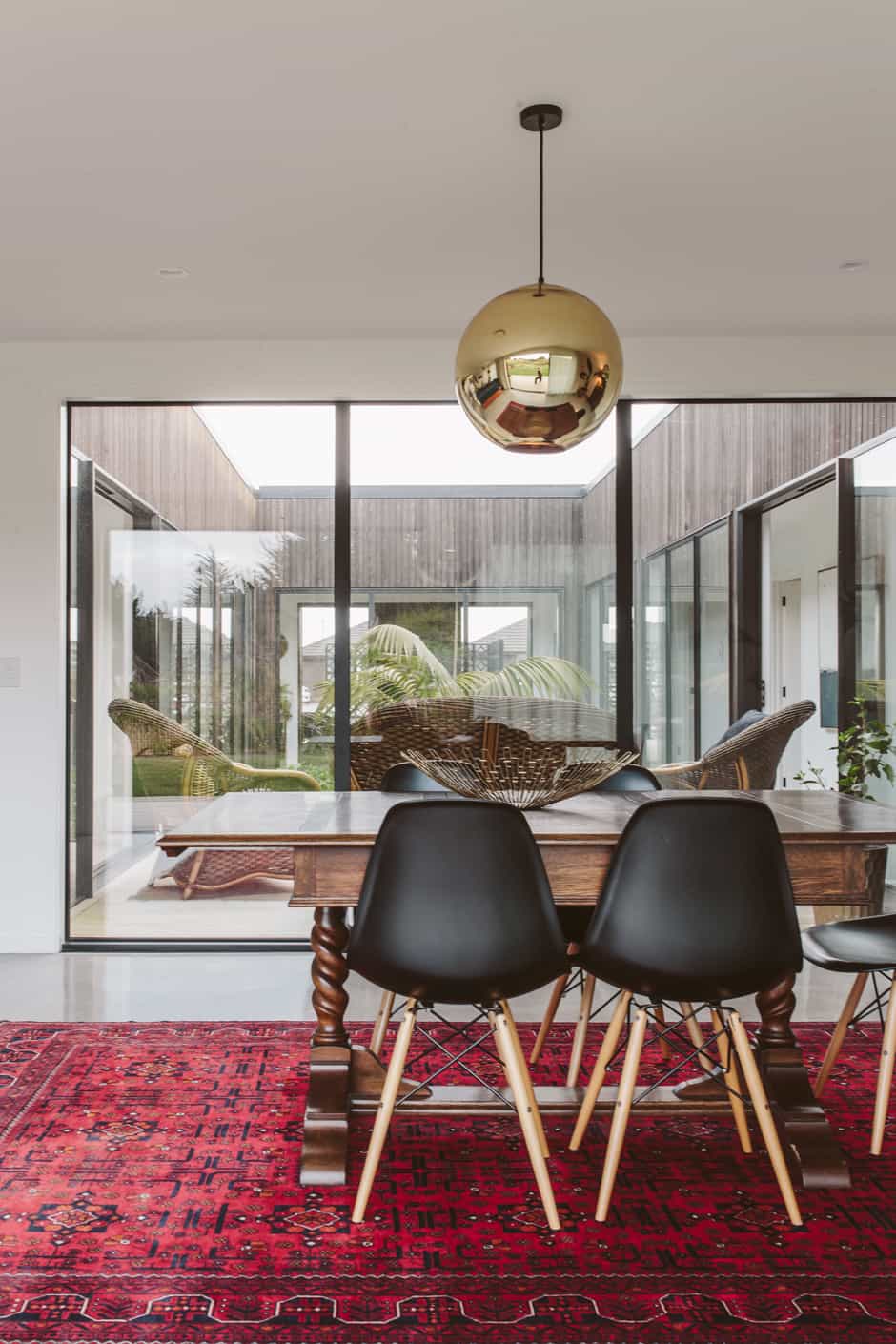 Pushing open the front door, the home’s key design feature is revealed: an internal courtyard surrounded by glass. With hallways either side leading to the open-plan kitchen, living and dining area at the rear of the dwelling, the courtyard is valued by the whole family for providing ambient light and a private place to relax in a garden sheltered from the prevailing westerlies. It also allows for cross-ventilation.

Inside, the concrete floors absorb and retain heat. “The warmth is incredible,” says Annika. “We don’t have underfloor heating here, just insulation, a slab floor and double glazing.”
In her design practice, Annika is drawn to rawness and simplicity, juxtaposed with sleek structural features. “We use a lot of timber, tiles and concrete for texture, and team these with metals such as copper, brass and stainless steel to create unexpected contrast,” she says. Her keen eye was rewarded at the National Kitchen & Bathroom Association (NKBA) awards last year, where she took out three categories, winning a Kitchen Distinction award for projects up to $25,000 and another for projects $25,000-$40,000, and a Chapter Recognition award for the Taranaki region.

This signature material palette has been incorporated with great success into the design of her own home. In the kitchen, a brass boxed rangehood hangs above a 4m-long Corian island bench. It’s offset against black cabinetry that recedes into the background or can be opened up to reveal herringbone-tiled open shelving used to display decorative pieces, plants and all the essentials for a drink, whether coffee in the morning or a sundowner after work. 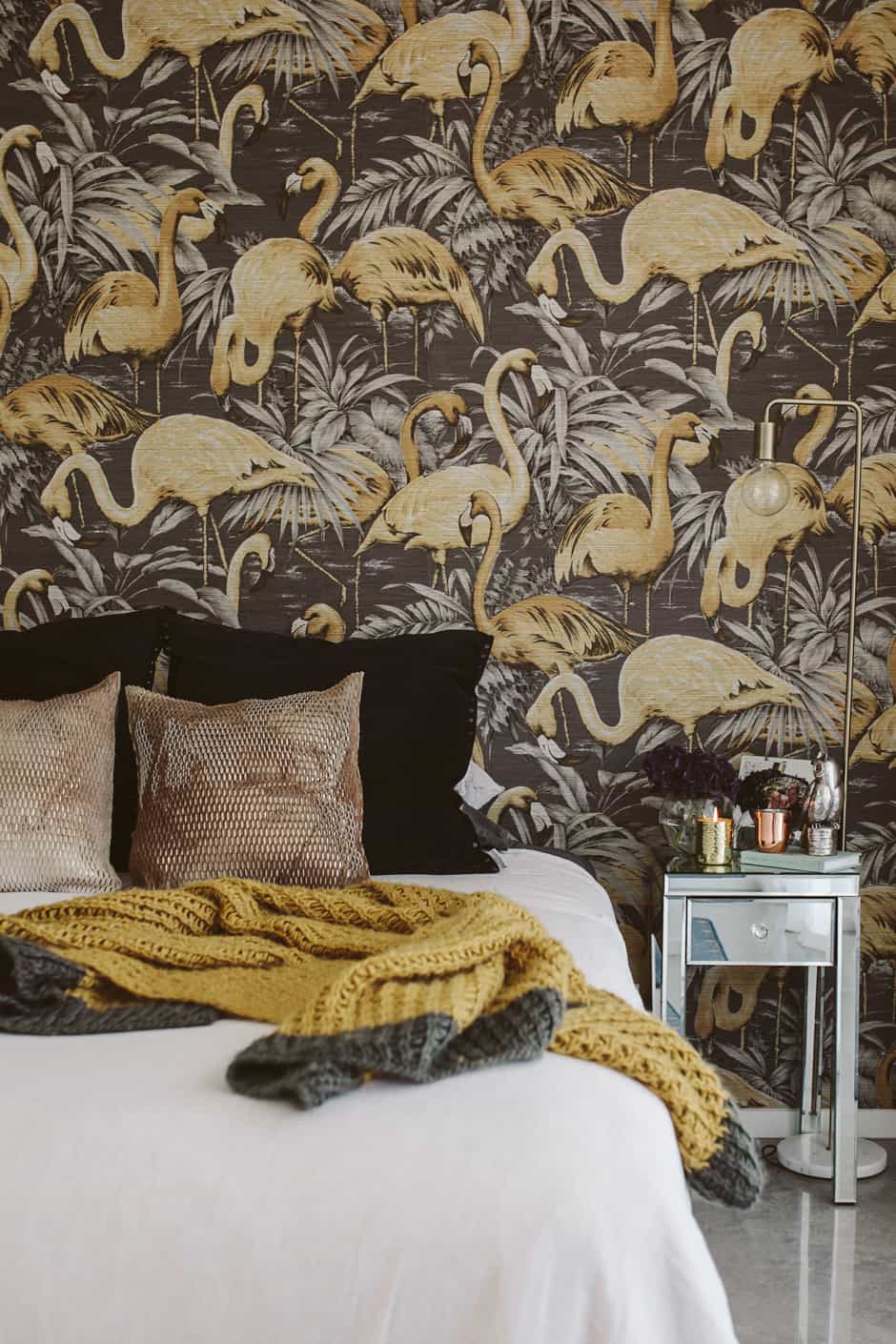 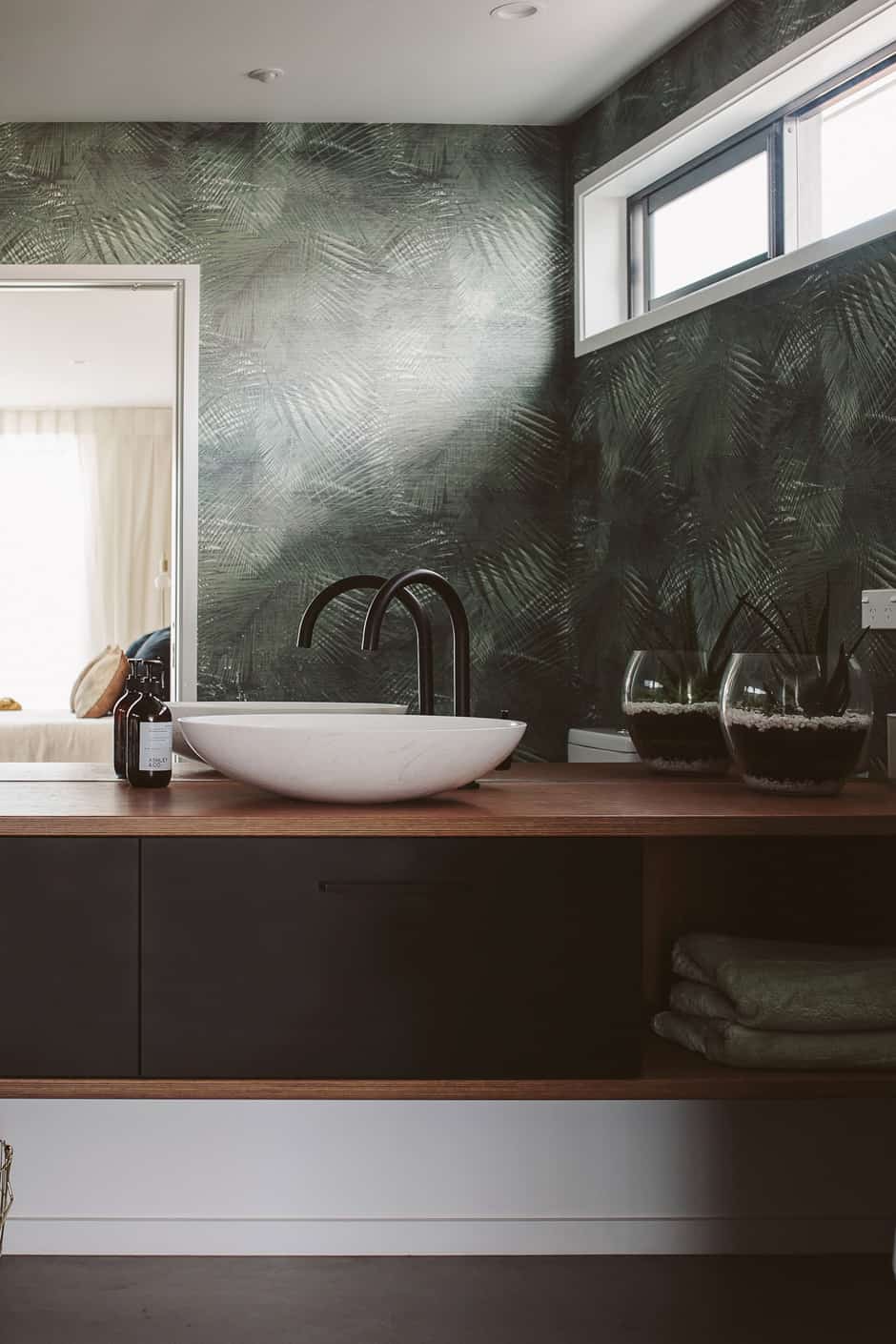 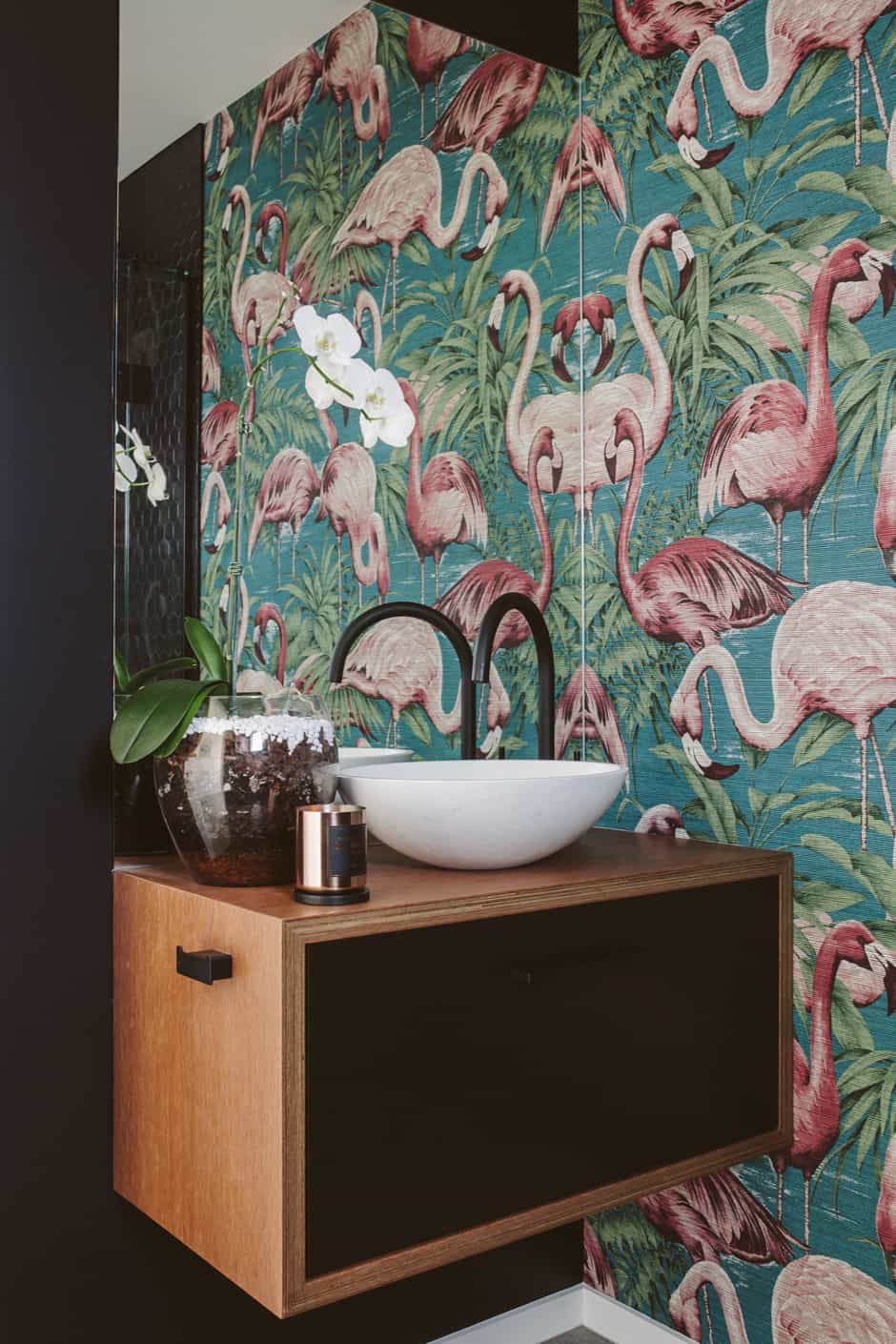 With its orientation towards the sun and clever use of space, this home is ideal for relaxing in as a foursome or for entertaining a crowd – usually Deacon and Lucarn’s neighbourhood friends. In her line of work, Annika’s always mulling over ways to improve and develop. In fact, despite its apparent perfection, she’s already filing away ideas for the family’s next home. 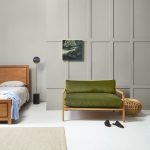 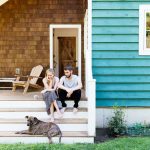