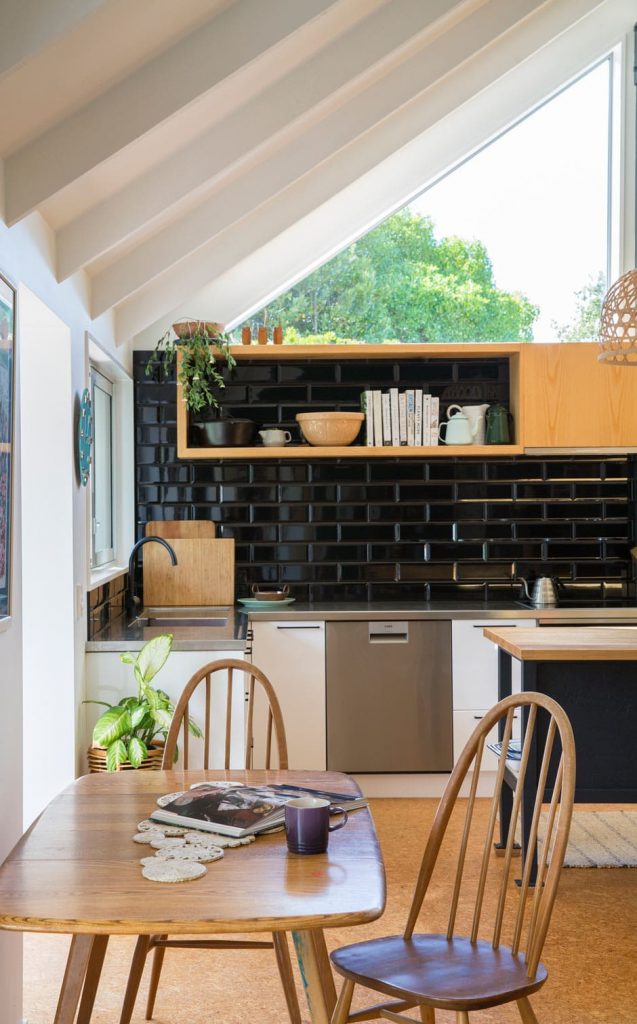 Clever ideas and a splash of yellow turned a once ho-hum cottage into a happy place.

First homes are often not exactly dream homes, and such was the case with Jen and Keeley Pomeroy’s place in the Christchurch suburb of St Martins. When they bought the poky ’70s-style cottage in 2013, it wasn’t much to write home about. The interior was a rabbit warren of small spaces with just one bedroom, and outside wasn’t much better – the exterior was clad in timber-look planks and the garden was bare except for a single cherry tree. Nevertheless, Jen and Keeley seized the opportunity to raise their children in the area they’d grown up in and turn the humble house into a real home.
At the top of their to-do list was engaging their friend Andrew Just of Field Studio to devise a plan to renovate. “Beyond the need for more room, we wanted a design that would architecturally inspire others to do differently, especially in the post-earthquake landscape,” says Keeley. “We needed three bedrooms, and wanted a home that encouraged us to spend our time in the living areas and front garden.” 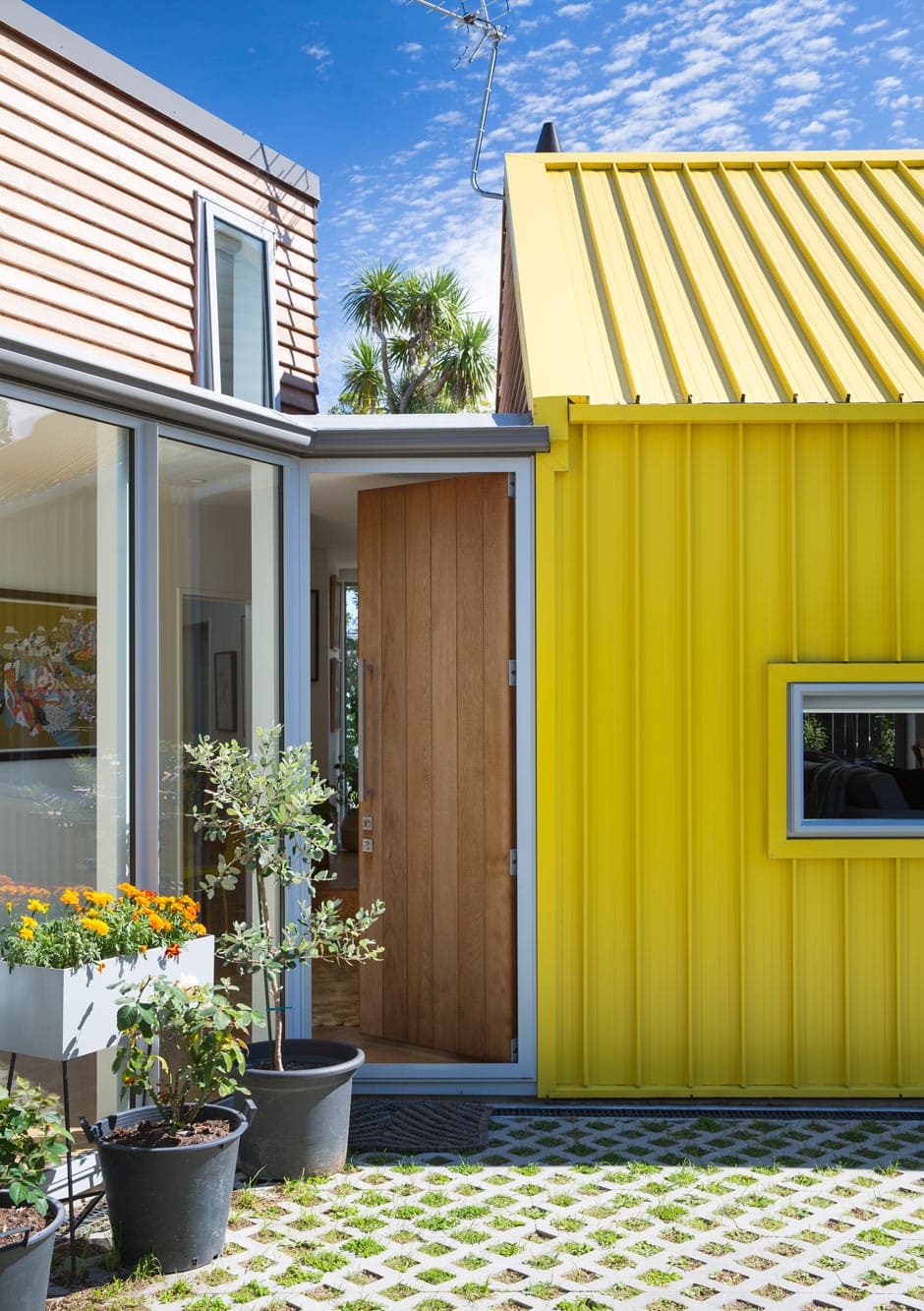 A shared passion for gardening and Jen’s background as a chef meant establishing an edible plot was a key priority for the couple, so the cherry tree wasn’t alone on the section for long. Meanwhile, inside, a team from Pomeroy Builders, headed by Keeley’s father Steve, ripped down the walls to create an open-plan kitchen and living area with large sliding doors accessing the garden. Next, the addition of a second pavilion housing three bedrooms and a bathroom more than doubled the cottage in size.
Outside, the upgrade is noticeable in large part due to the bold kowhai-yellow Colorsteel roof and south-facing wall. “The cedar cladding on the rest of the house was intended to grey off over time, but it wouldn’t have aged consistently on this side as it doesn’t get any sun, so Andrew suggested the steel,” says Jen. “I really wasn’t a fan of yellow, but we decided to trust his decisions, and now I don’t even notice how bright it is!” 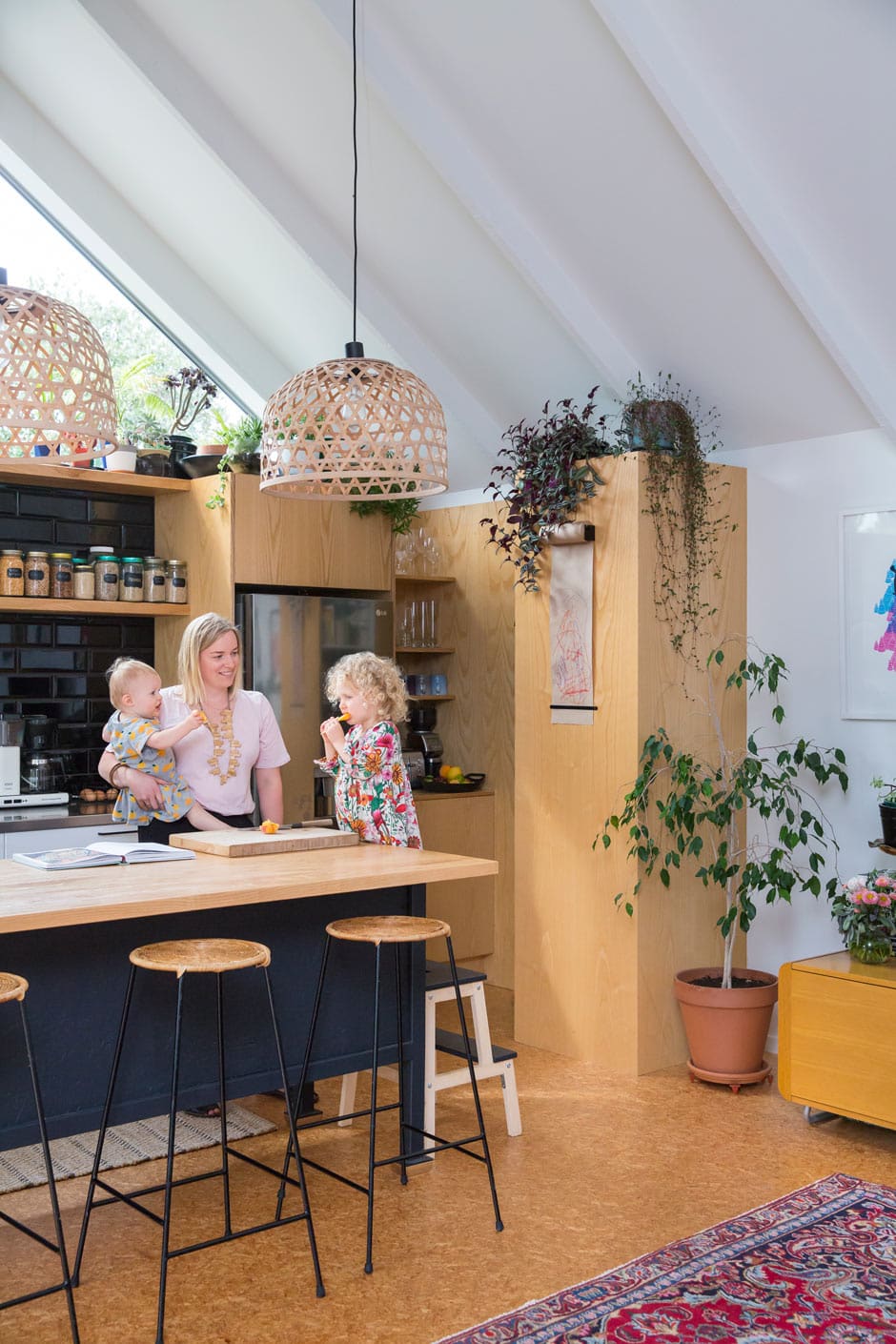 What Jen is a fan of is cooking. On any given day, she can be found whipping up family meals and home baking, as well as developing recipes and menus for her online business The Modern Mess, a foodie hub for meal plans, recipes, demonstrations and pro tips for smart, seasonal family cooking. With the amount of time she spends in the kitchen, it was important to create an environment that was both aesthetically pleasing and functional. The pantry is housed in a custom-built alcove, and open shelving keeps drygoods within easy reach. Ample bench space provides plenty of room to spread out in, and the couple’s daughters Toren and Flynn can often be found on stools pulled up to the island, getting in on the action. 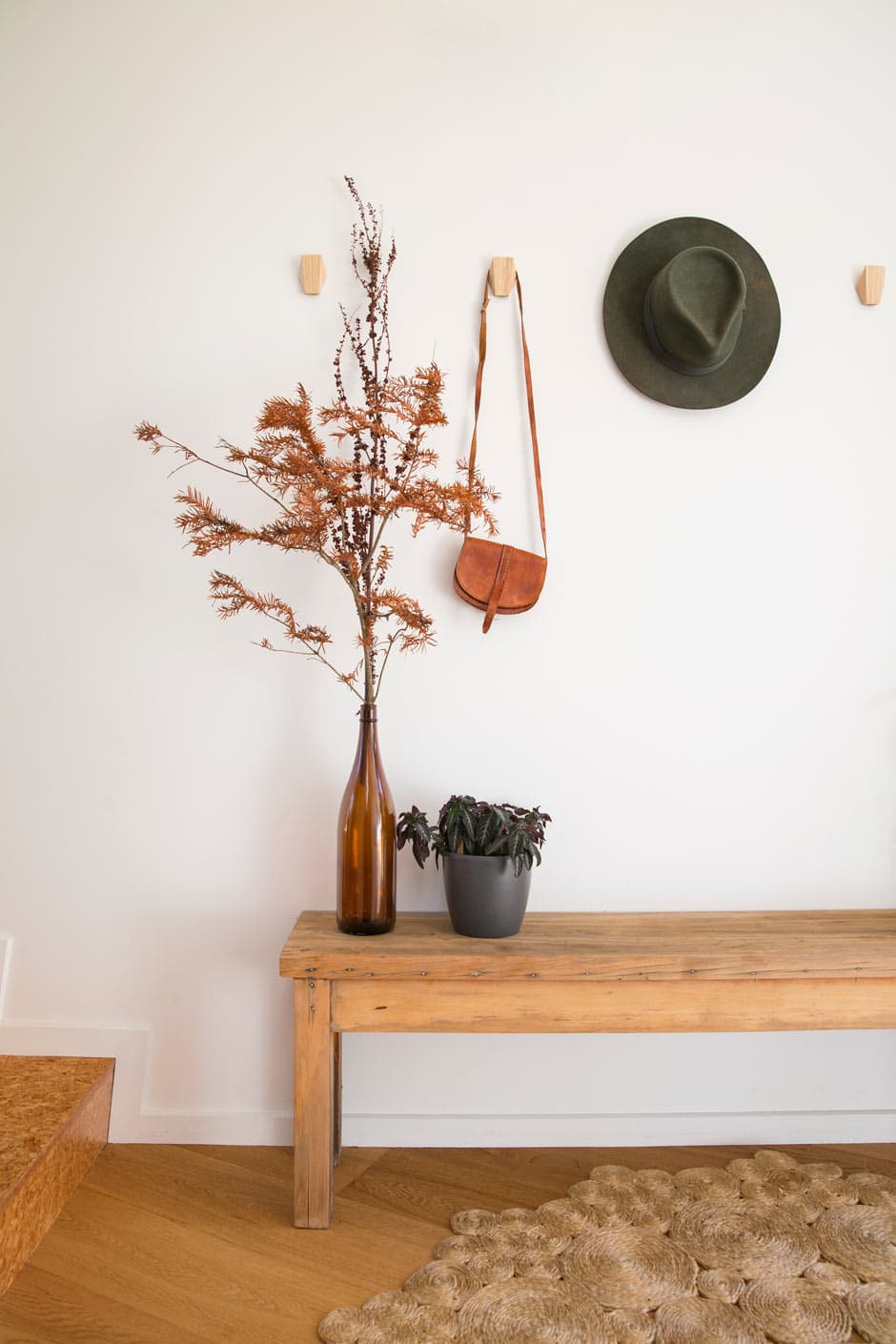 Tiles left over from another project Steve was working on kicked off a black-detailing theme that connects the kitchen to the fireplace at the opposite end of the living area and continues into the bathroom. For this, the builders custom-made an ash-timber vanity using shou sugi ban, a Japanese waterproofing technique that involves the wood being torched and blackened.

As with any renovation, budgetary constraints can create both limitations and the chance to think creatively. Keeley says two clever things they did were add a loft over the bathroom to provide an extra sleep space and storage, and install a Strandboard floor in the living area – it’s set so they can overlay it with floorboards if they want to change the look. 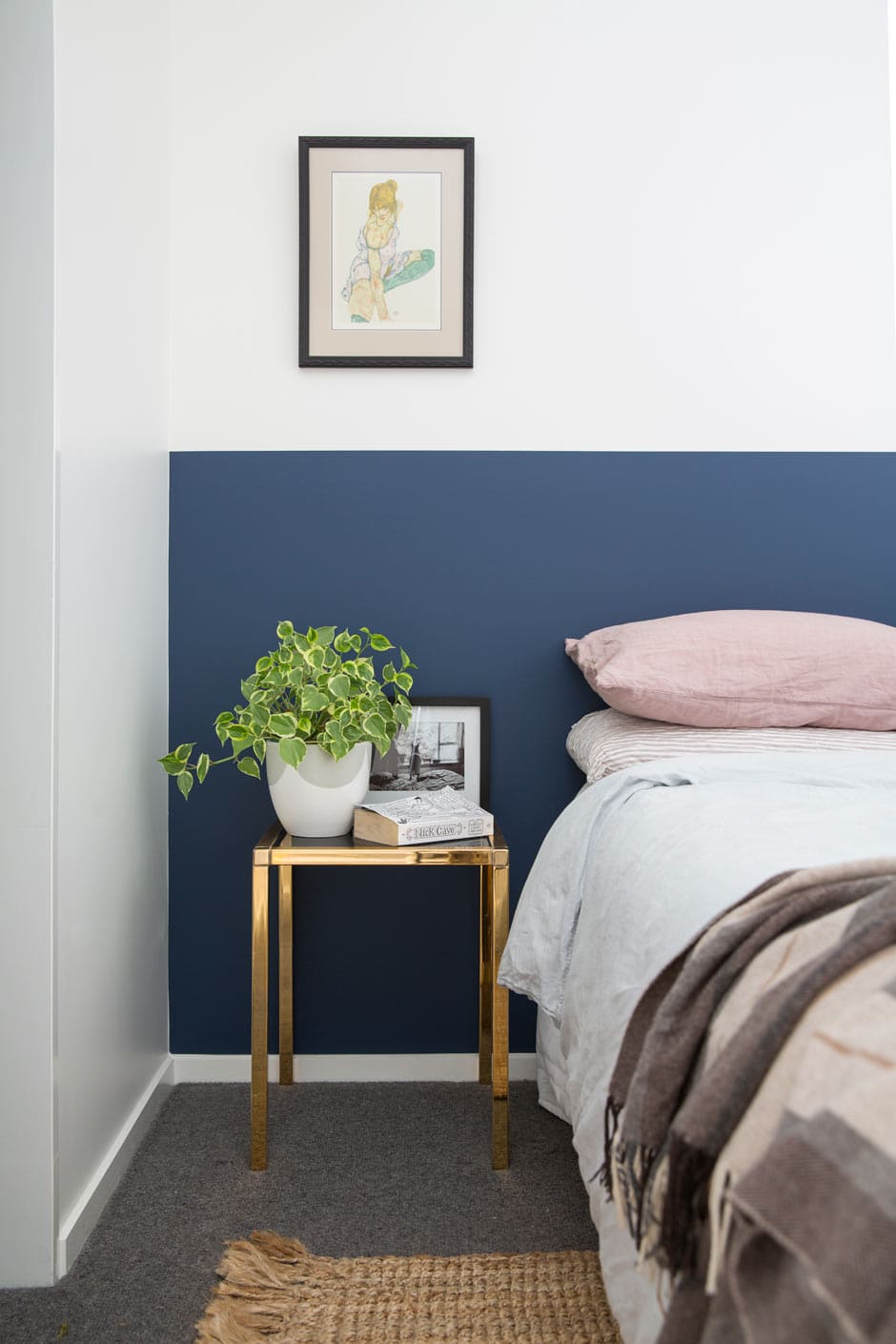 Jen has personalised the house with art collected on her travels over the years – pieces from locations as diverse and far-flung as Japan, Holland and the Czech Republic. Plants also feature heavily as an affordable way to decorate, their leaves beautifully complementing the walls in pale Resene Half Rice Cake and timber finishes. They grow really well, thanks in part to the all-day sun that streams through the thoughtfully placed windows.
“Andrew really focused on positioning to make the most of the environment,” says Jen. “We’re very happy raising a family in our small but well-designed home.” 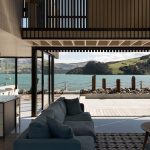 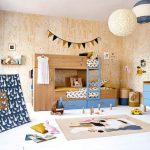