Give us a wave 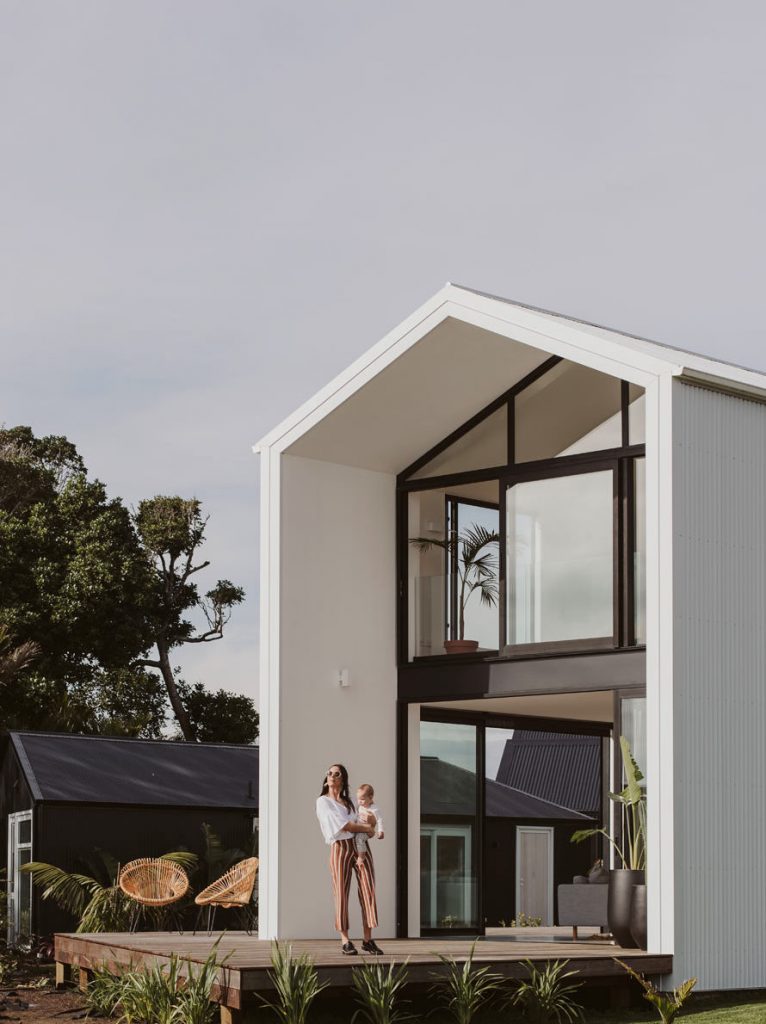 The ebb and flow of this young family’s life forever leads back to the sea.

The ocean has long been a constant in Thandi and Bachelor Tipene’s lives. It drew them together at just 18 and 22, when they met on a New Plymouth beach while checking the surf, and now, in their new home, it’s become their young family’s permanent backdrop. 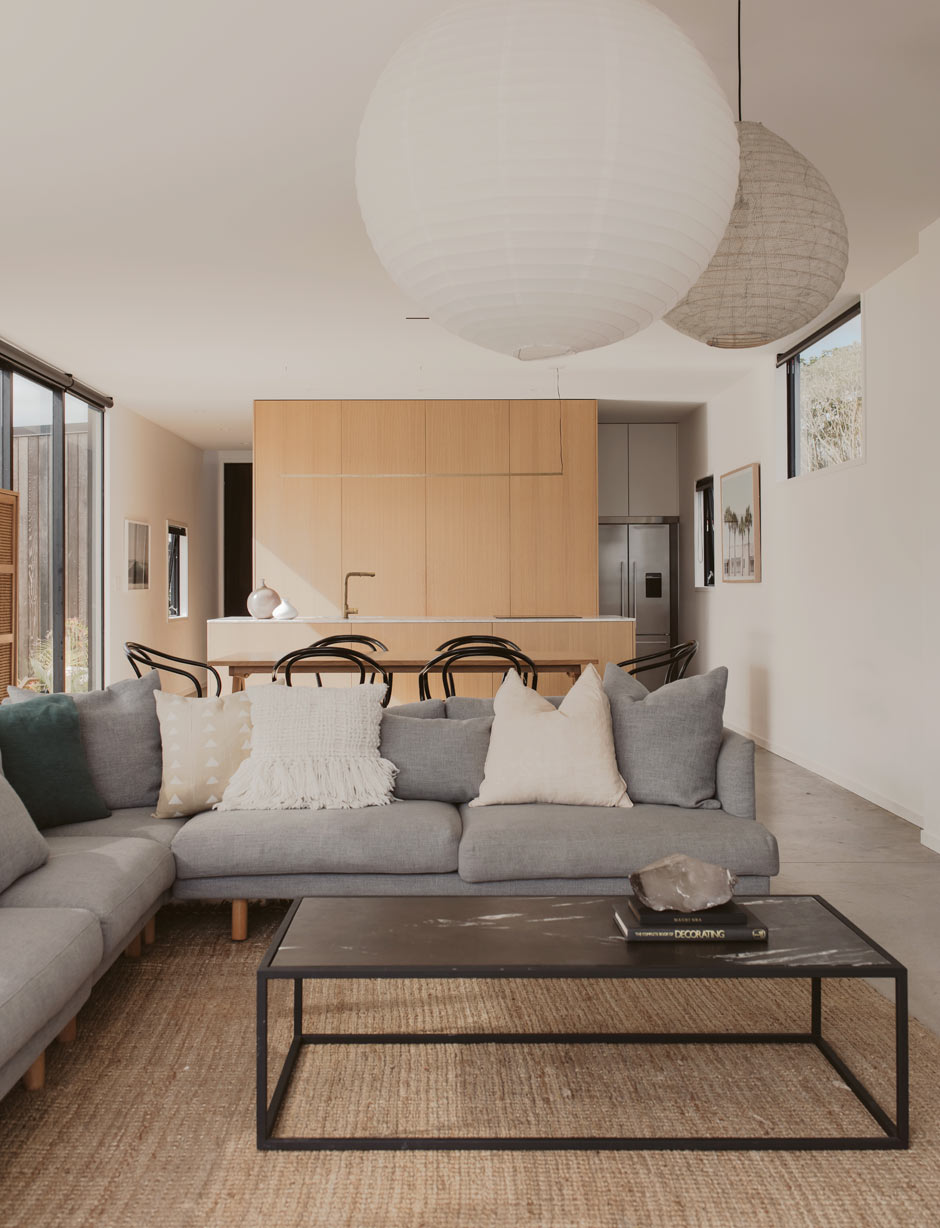 Thandi and Bachelor grew up in Waipae and Patea respectively, in houses right on the beach. She’s been surfing since she was 10, and Bachelor since he was five, and together they’ve travelled the world with the sport, representing New Zealand and winning national and Aotearoa Maori titles. Not long after they met, they went for a spin up one of Taranaki’s most sought-after clifftop streets and fantasised about one day living there. Ten years later, on a random drive by, they noticed a for-sale sign and decided to give it a shot. To their surprise, their offer was accepted – they were on their way to realising their dream of building a home from which they could see the sea. 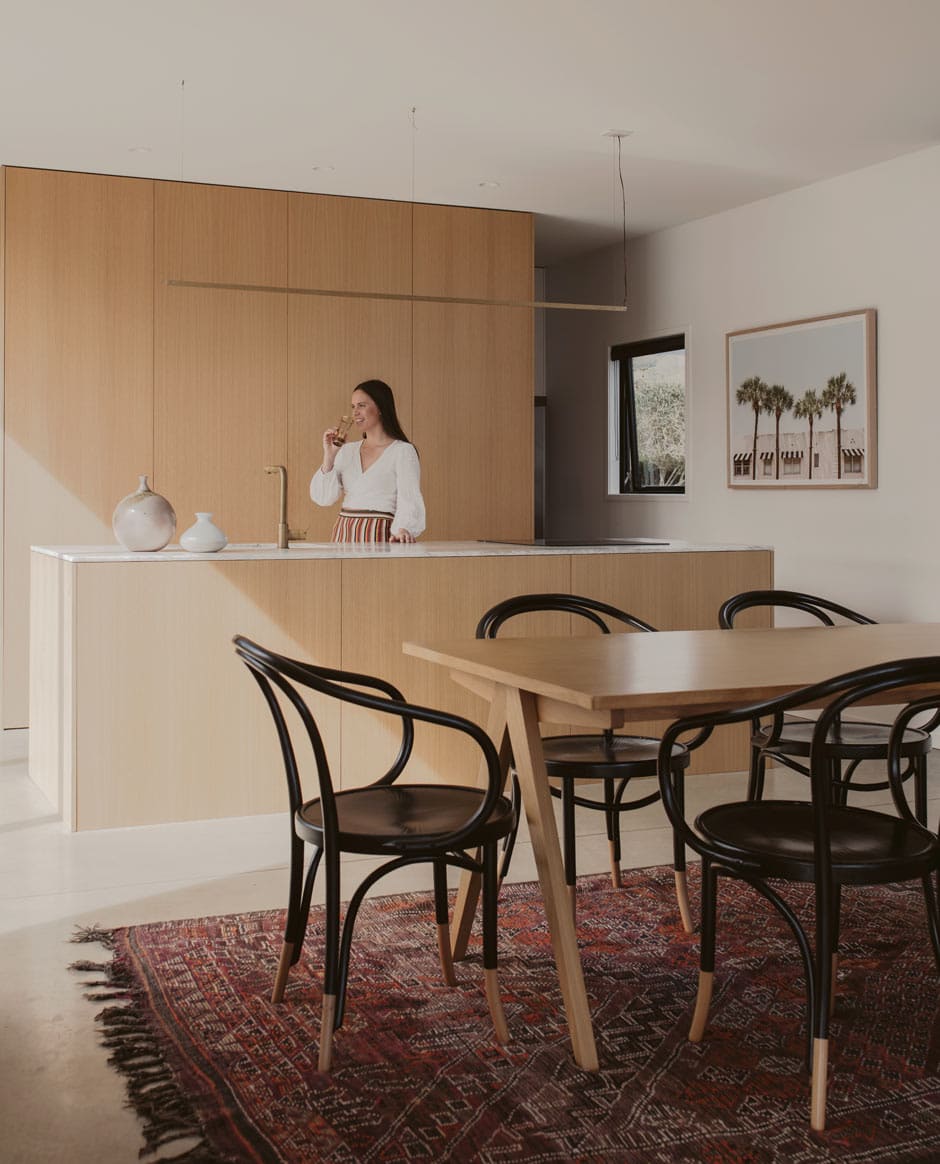 The pair began the project with the help of John Irving of Studio John Irving Architects, whom they’d met a decade earlier on their honeymoon at a surf camp in Samoa. Seeking “an upscale bach connected to its surroundings”, they gave him a one-page brief and five images of designs they liked, then left him to it. He came back with exactly what they wanted.
To maximise the view of the beach below and allow them to see not only the swell but also the glinting black sand, the Tipenes’ home built by Chris Bell Construction is set on an angle and elevated 0.6m off the ground. Its street-front façade is glass bottom to top. The gable roof and True Oak Corrugate that enclose the soaring voids within reference snow-capped Mt Taranaki, while black joinery frames outlooks of the ocean and native bush. It’s simple, yes, but contemporary too. 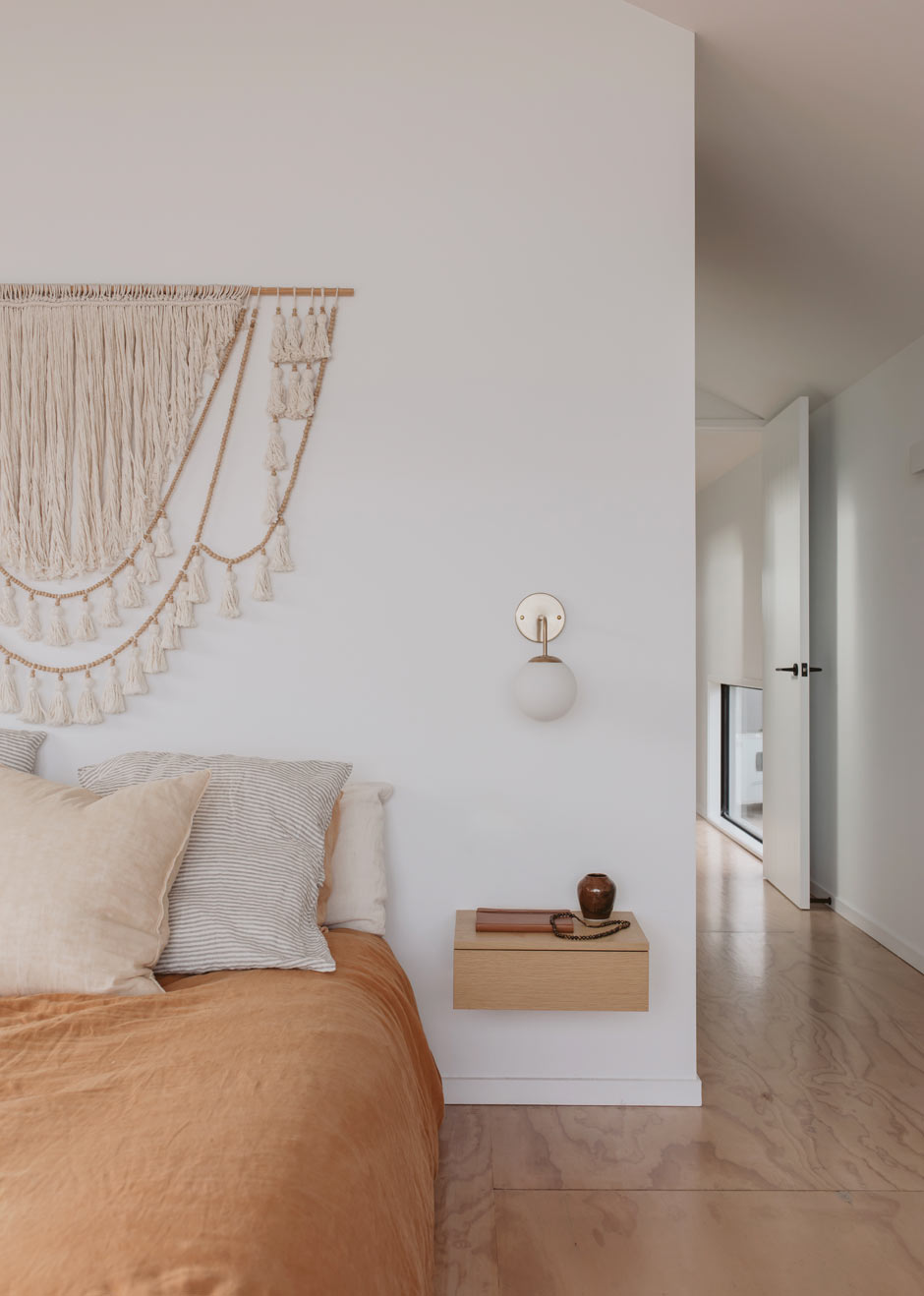 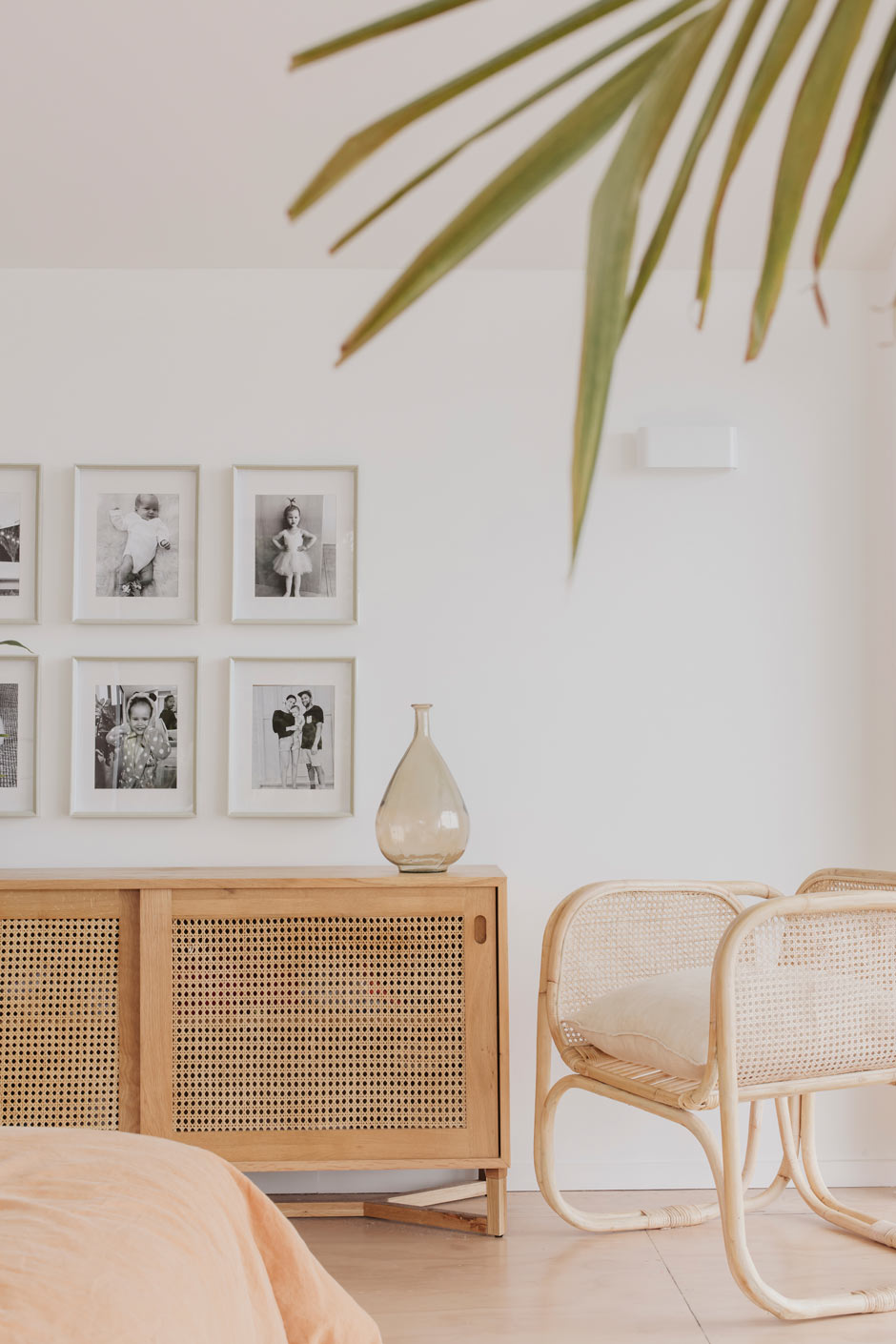 To maximise their budget, the couple rolled up their sleeves whenever they could. Spatial/interior designer Thandi (owner of Thandi Jazmine Design) managed the project and interior, while Bachelor (who works on Taranaki’s oil sites) took care of the wiring, painting (with Thandi’s cousin Jarrod Murray) and decking. It all meant many late nights, and Bachelor worked on the house so much that the odd contractor thought he was one of them, but at the end of day, the savings were worth it, says Thandi.
Not to be scrimped on, however, were quality fittings, and the engineering expertise of BTW Company, which was integrated with John’s creative concept by a second architectural practice, Boon Team Architects. “We had the option to put an exposed cross brace between the dining and living areas, but felt it would change the open look and feel,” says Thandi. “Instead, we used a full-height steel portal frame at the front of the house and a single-height frame between the living and dining rooms.” 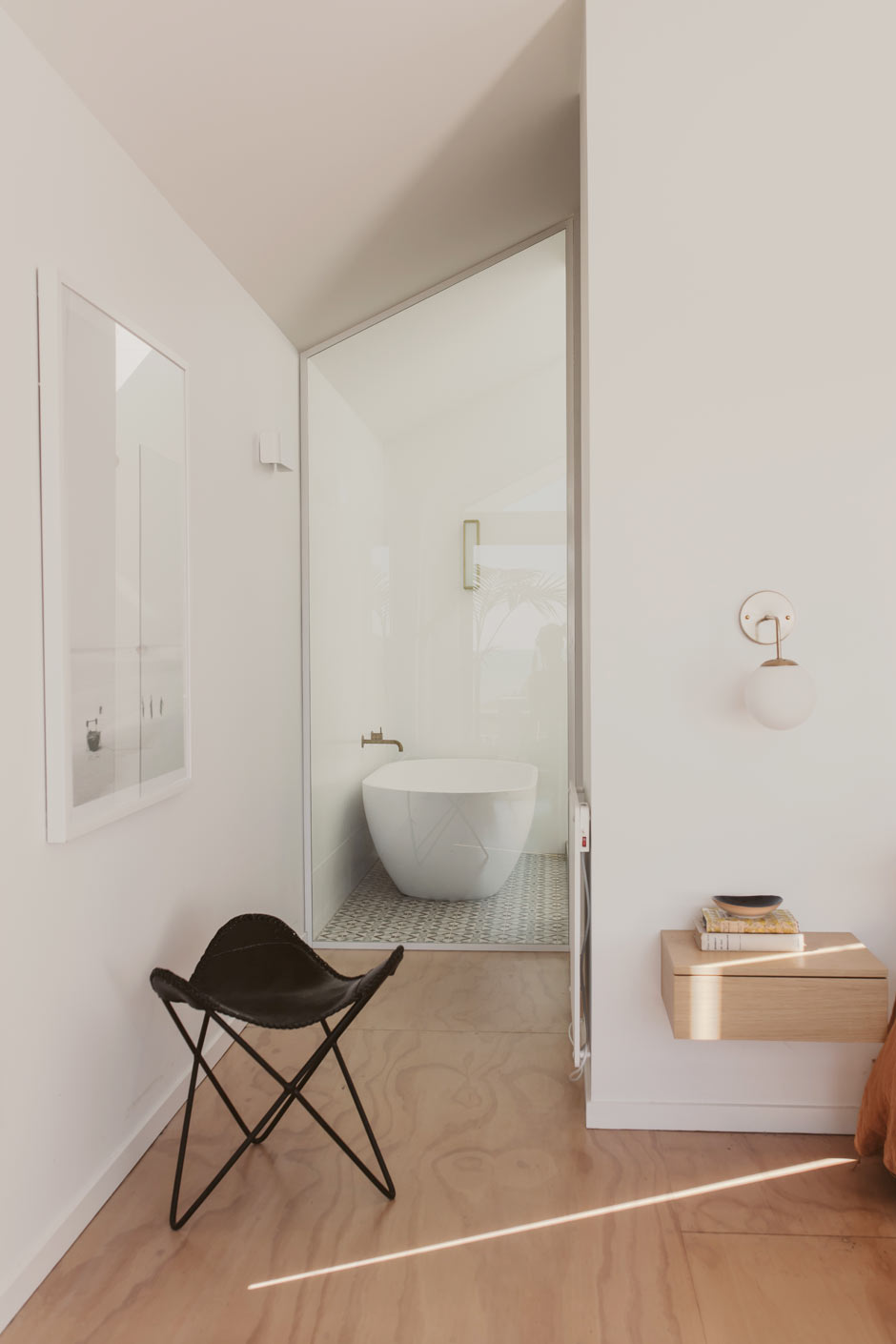 The interior mood is relaxed, though the devil is in the detail. “Our home could be described as purposeful, with clean lines and honest materials,” says Thandi. The ground level’s concrete floor is untinted with a matte finish, and a plywood stairwell at the rear of the home leads upstairs, where the flooring is plywood too. “Nothing too fancy,” says Thandi.
In keeping with this low-key vibe, whereas most people like their kitchen to be the heart of their home, this one was intended to recede. “We prefer rooms that are just big enough to serve their purpose, and designed the kitchen to have a minimal impact on our living areas,” says Thandi of the space crafted by Nick Dunne of Objects Custom Joinery using oak veneer. “We chose beautiful materials but wanted them to become part of the whole space, to bring the focus to our dining area where we spend time with family and friends, and our living room with its sea view.” For optimum functionality, there’s an extra sink, bench and storage in the scullery around the back. 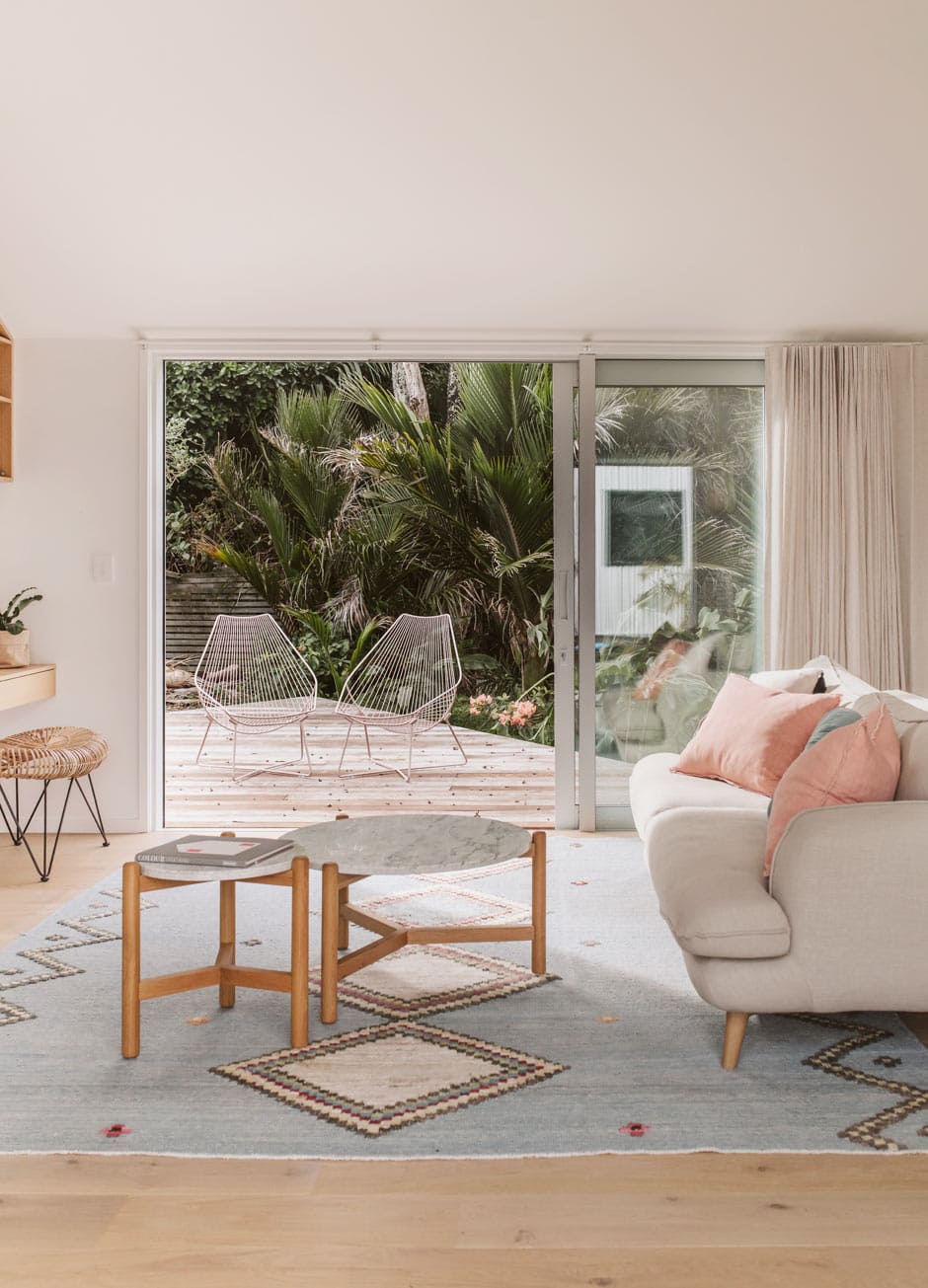 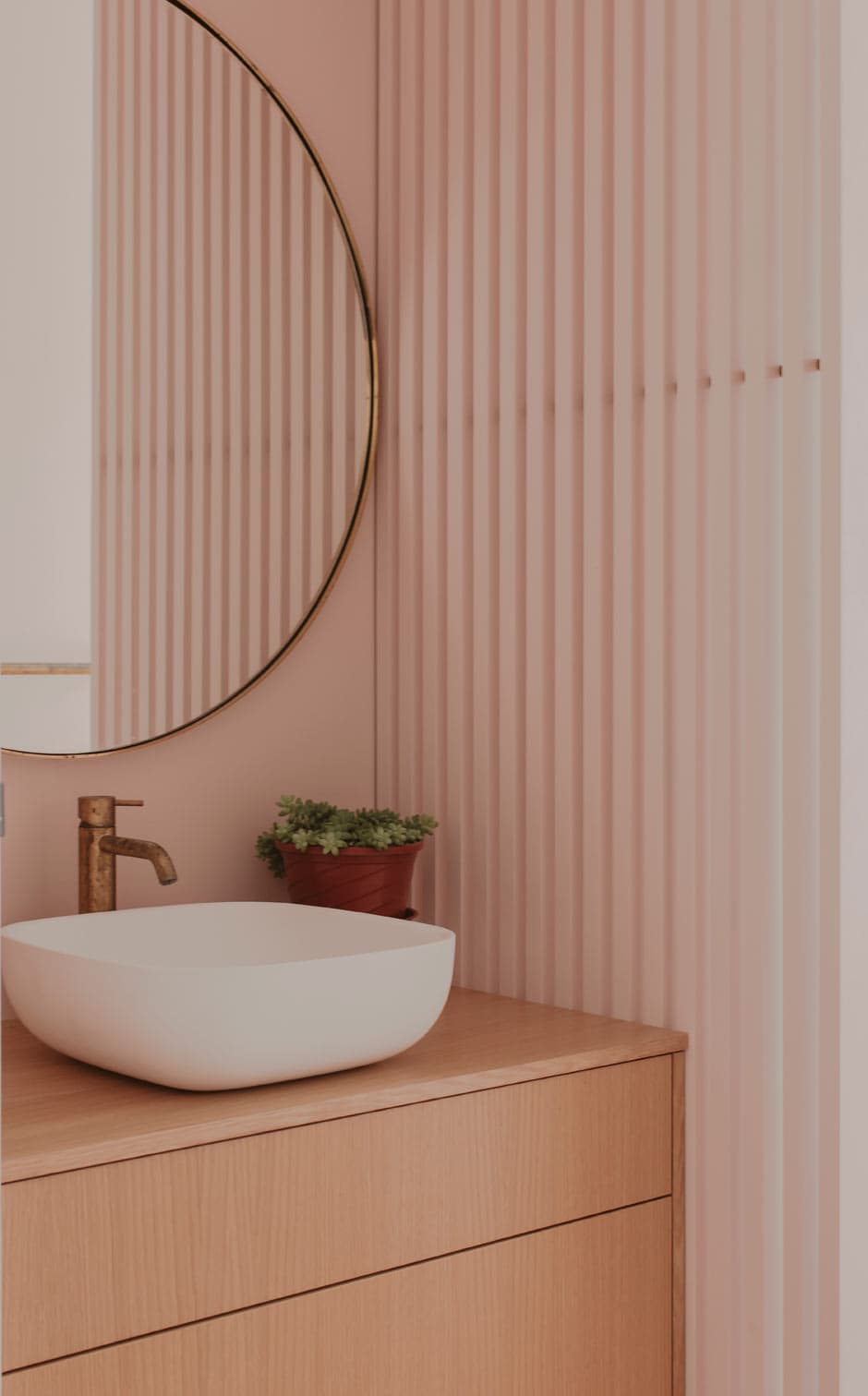 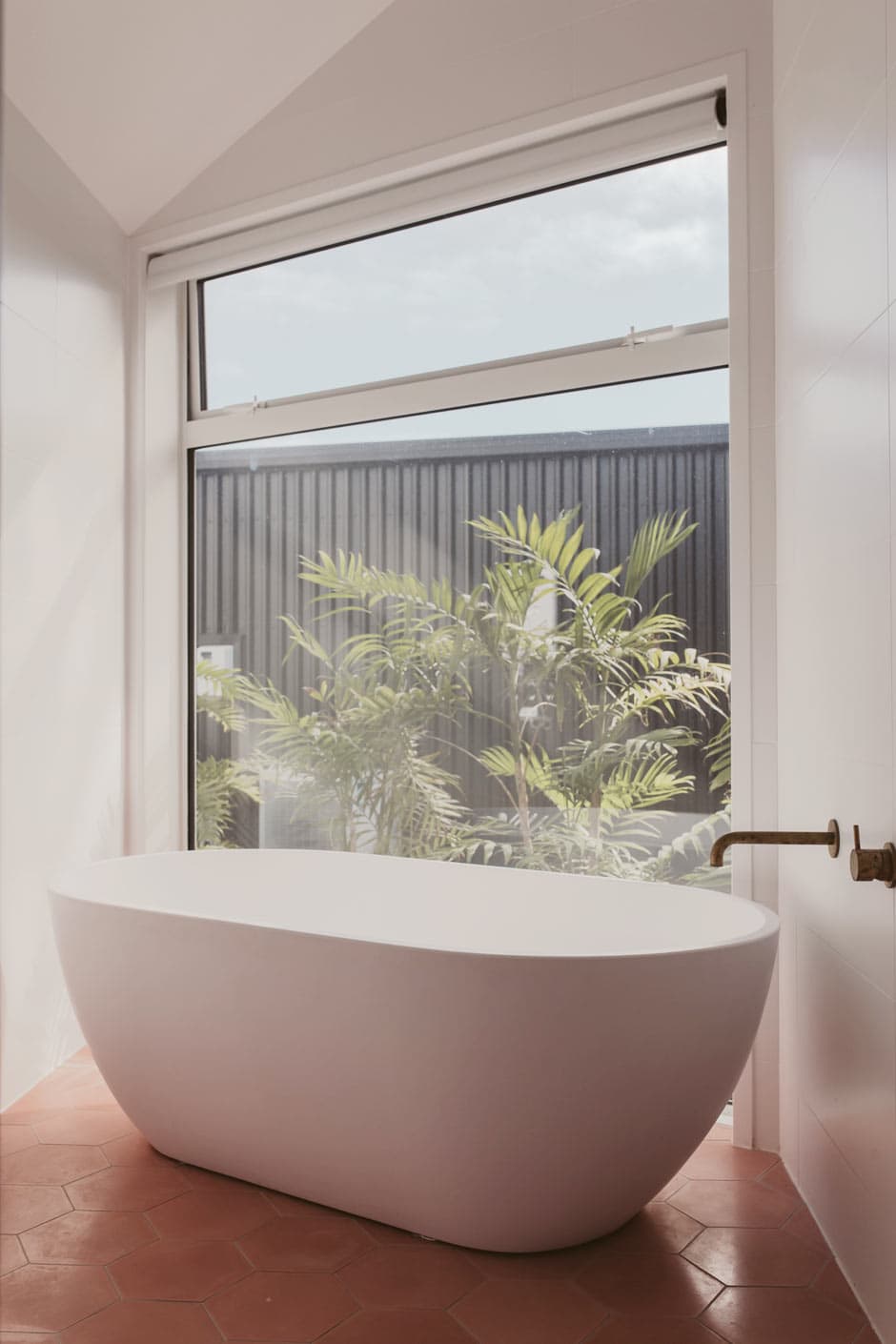 There were many special moments during the building of their dream home that Thandi and Bachelor will never forget, like climbing up the scaffolding to paint the eaves while watching the waves. Where is Thandi happiest here? “Soaking in the bath, looking out to sea.”
“The ocean is where I feel at peace,” she says. “Growing up where I did, I felt that if I only achieved one thing in my life, being able to hear the sea at night would be it. It was the same for Bach, so we feel really blessed that we’ve got that back and that our kids get to start their life the same way.” 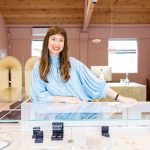 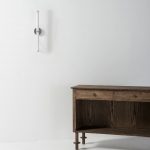