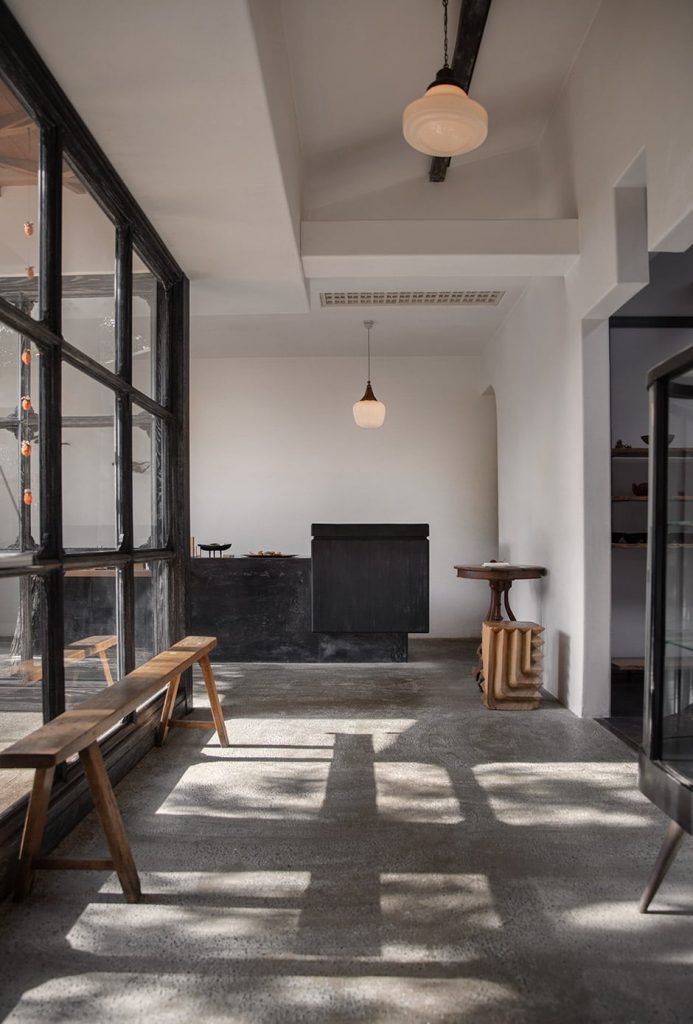 Could spaces that speak to our senses be an antidote to modern unease? One of our favourite new books delves into the possibilities.

In a meeting of creative minds, Jonas Bjerre-Poulsen of Norm Architects and Kinfolk editor-in-chief John Clifford Burns sat down to discuss their new book The Touch, co-authored by Kinfolk co-founder Nathan Williams.

The Touch is all about haptic design — how do you define that term? Jonas: For me, haptic design is about understanding the bodily experience of spaces and objects. It’s a way of design thinking that incorporates all our senses. In a world that’s become predominantly visual and quantifiable, it seems the approach to design has become very monolateral. A haptic approach is also about touch, sound, smell and taste. It’s about trying to design spaces that evoke special feelings or determine certain behaviours… about emotions and how spaces make you feel.

The book’s divided into five thematic chapters: Light, Nature, Materiality, Colour and Community. If you could have included a sixth, what would it have been? Jonas: Probably space. Rather than the elements that define a space, the space itself, the void, is extremely important for how a setting makes us feel. If a space is small, intimate, dim, soft and wraps around you on a human scale, it gives a sense of warmth and comfort. If a space is open and filled with light and long stretches, it can provide you with a feeling of freedom, creativity and energy.
John: I’d have liked a chapter on character — the atmosphere of people and how that can turn a well-designed house into an individual home. I’m interested in how people leave traces of themselves behind, and how it’s an accidental and culminative process that can’t be staged or styled. It’s like when you stay in an Airbnb — you get a good sense of what the host is like despite having never met them. Design can be replicated, but personality can’t.

Jonas, you shot extensively for this publication. What were some of your most memorable experiences? There are many memorable experiences, but the time I spent in Kyoto stands out, probably due to the city’s poetic atmosphere in the fall. The extremely well-designed places I photographed had a fine sensibility and attention to detail. Whether it was the contemporary Bijuu Residence in the middle of the city or the ryokan [historic inn] of the Hoshinoya Kyoto, their sense of creating poetic spaces stood out as something special.

Do you think there’s an emotional or even a spiritual aspect to the topics discussed in The Touch? Jonas: There’s an emotional level to the idea of haptic design, for sure. Because it’s not easily quantifiable, it might come across as more mysterious than something that can be weighed and measured, but I don’t think of it as spiritual. It’s just about human emotions, which aren’t an exact science and can sometimes be better described through poetry, music or art.
John: To call it spiritual would be a big leap, but I can see that the nature of haptic design could be grounding or prompt mindfulness in that its focus on the senses keeps returning you to the present.

You included an interview with Finnish architect Juhani Pallasmaa — why was he important to this project? Jonas: When studying architecture at the Royal Danish Academy of Fine Arts, the books of Juhani Pallasmaa, such as The Eyes of the Skin, opened my eyes to a new way of understanding and thinking about architecture and design in general. It was also through Pallasmaa that I found a world of thinkers like Walter Benjamin and Gaston Bachelard and their approach to describing a more bodily experience of space. It basically defined my way of working with architecture and design.
John: It was important for us to establish that a haptic approach to design has precedents and references, so we included an Appendix chapter in the book to pay homage to history and chart its evolution. Juhani Pallasmaa was seminal within its development and definition.

What do you hope readers might take from The Touch and apply to their experience of architecture and interiors? Jonas: My hope is that readers will start thinking about architecture in a more holistic and human-centric way and that this book can be a small contribution to the world of interior design that goes against the visually driven trend of social media that’s inflicted on design thinking worldwide.
John: Similarly, I’d hope readers understand that it’s not only the visual elements of design that should be coveted. In shifting the focus away from visual trends, there’s a call for materiality over materialism. 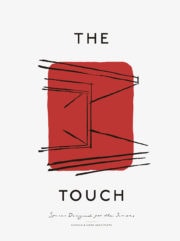 The Touch: Spaces Designed for the Senses by Kinfolk & Norm Architects (Gestalten, $135).

PreviousLife as we know it 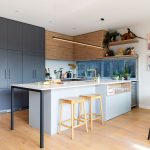 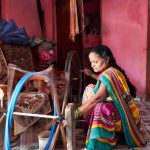