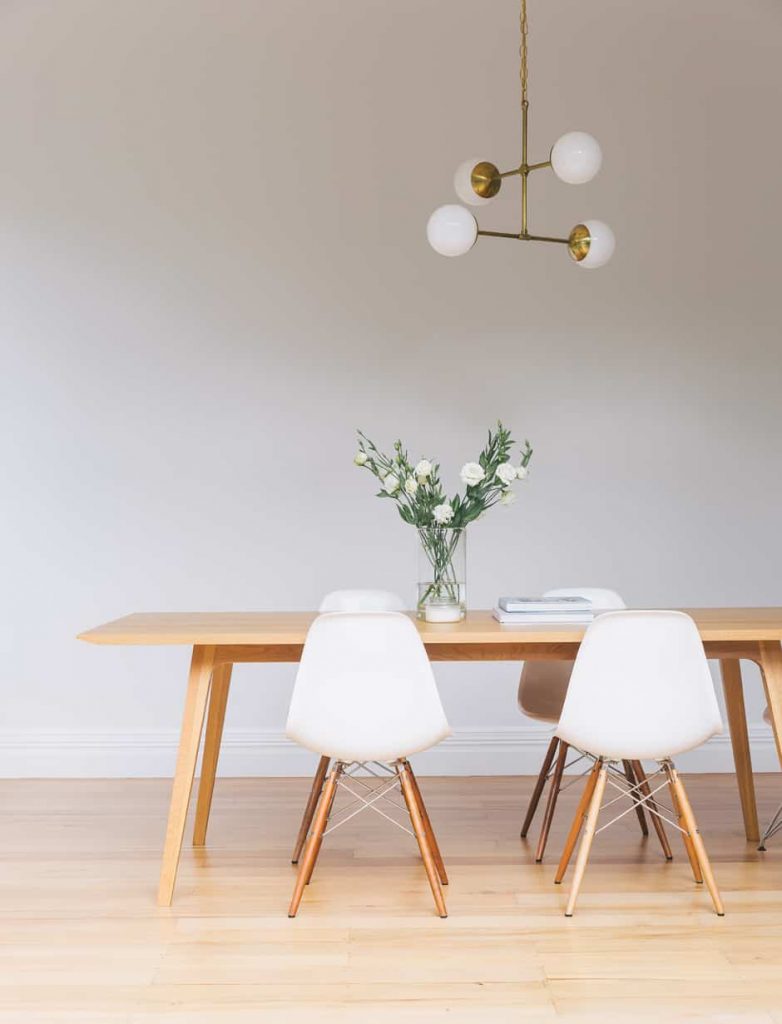 Simple and sophisticated is the name of the game around here, and the well-played restraint really pays off.

Growing up, Amy de Court had little interest in the world of interiors. Her mother, a graduate of Nanette Cameron’s School of Interior Design, kept a beautiful home, which Amy was vaguely aware of, but Amy took the path to studying industrial and organisational psychology instead. It wasn’t until she bought her first house and had kids of her own that a latent desire to create a living environment that was calm and collected surfaced. Now that Sofia and George are at kindergarten, Amy’s finishing her third year of part-time study at, you guessed it, the very same institute her mother attended. 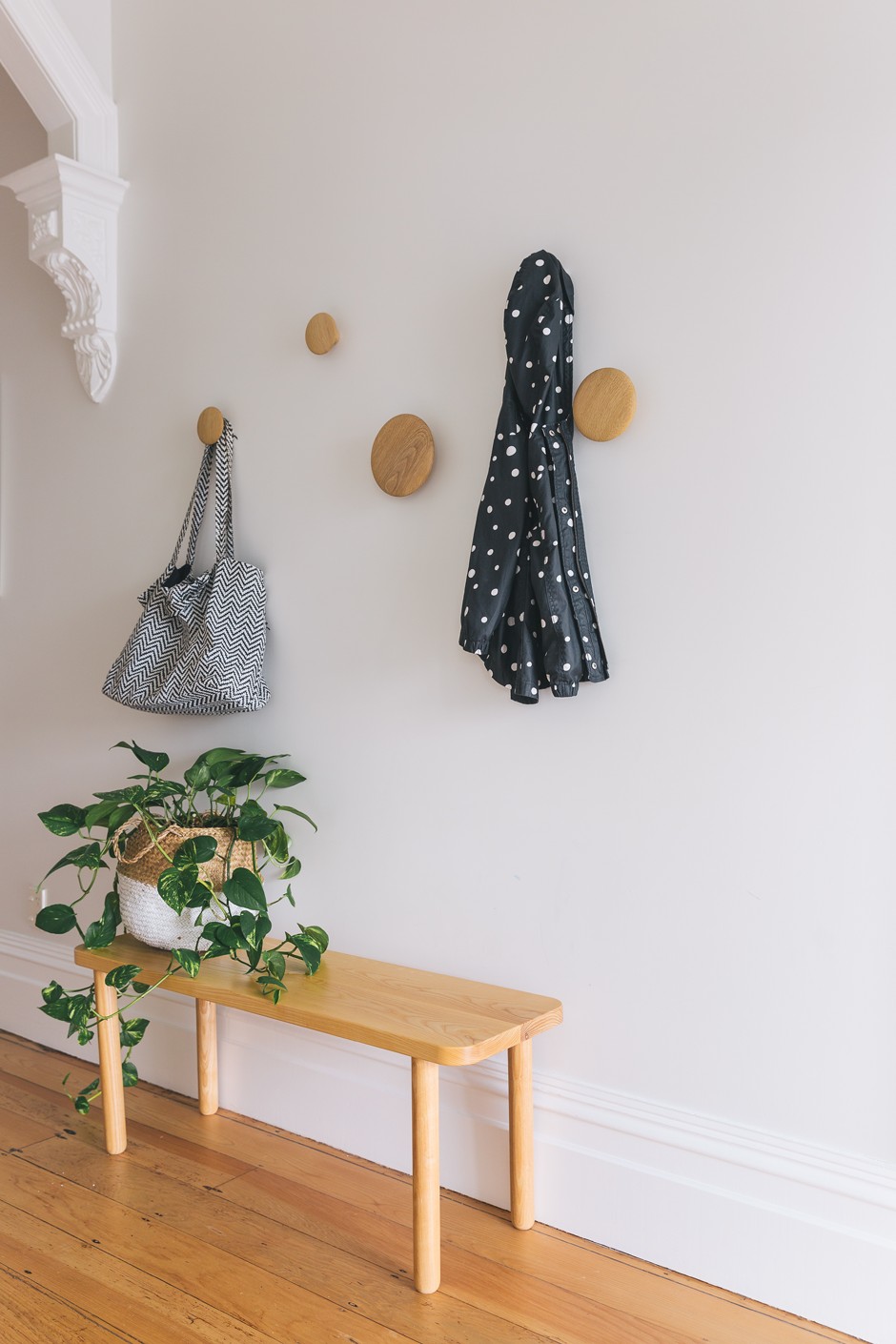 The Herne Bay, Auckland villa that Amy and her husband Geoff Long moved into two years ago is evidence of her aim to bring simplicity to the fore. “We fell in love with its gorgeous street presence, elevation from the road, high ceilings and wonderful connection to the back garden,” says Amy. Inside, the structural work had been done, including the addition of an open-plan living room to the rear. But Amy could see how something special could become something spectacular.
The couple’s previous home was in nearby Arch Hill. “It was a lovely workman’s cottage but tiny,” says Amy, “and with a second child on the way, we needed something larger.” The footprint of this three-bedroom villa may not have been as generous as they’d hoped, but its lightness of being was an irresistible selling point. French doors lead from the dining zone to the terraced back garden and the lofty stud creates a wonderfully spacious feel. “We also liked the L-shaped configuration of the main room, which gives a sense of separation between dining and living.” 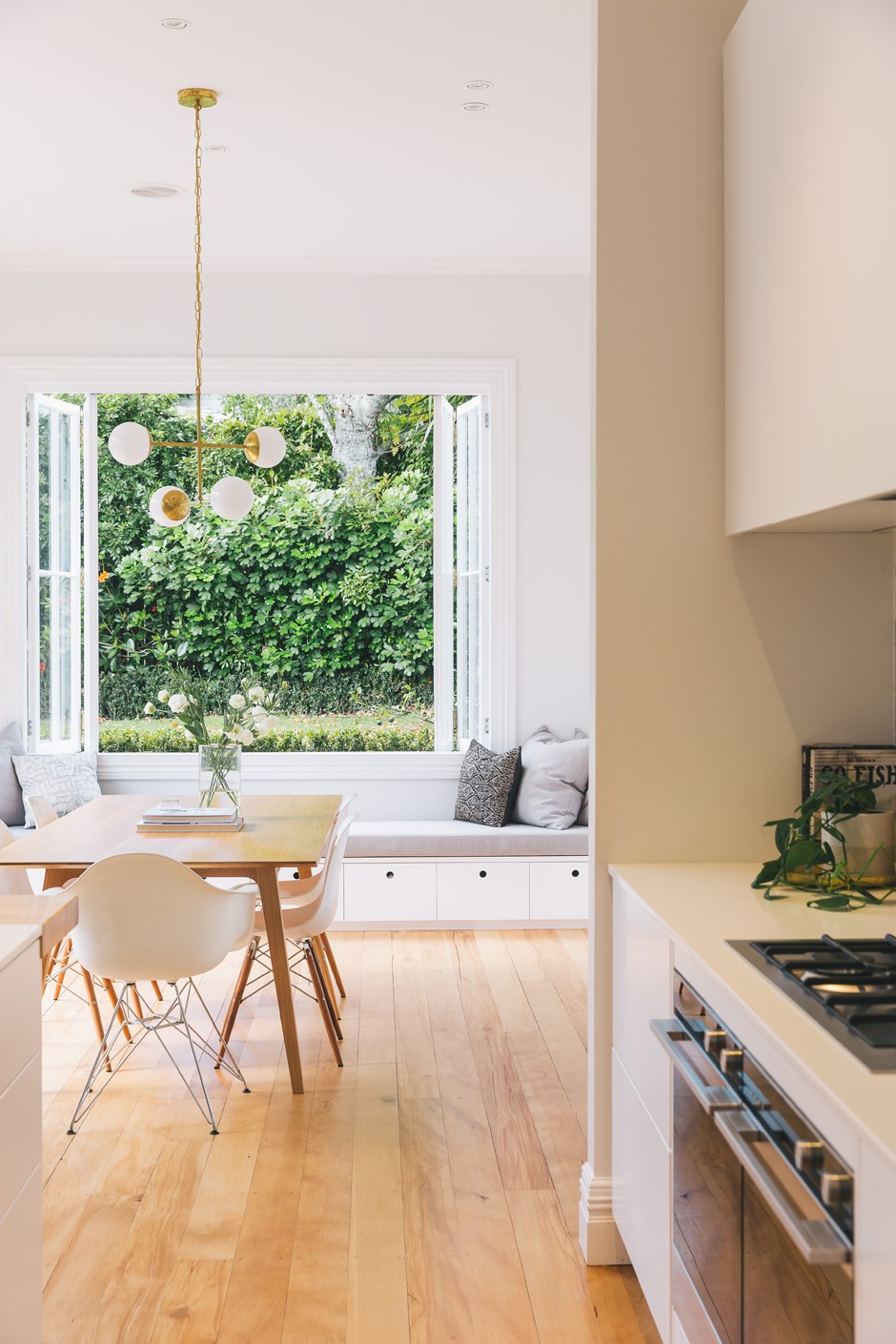 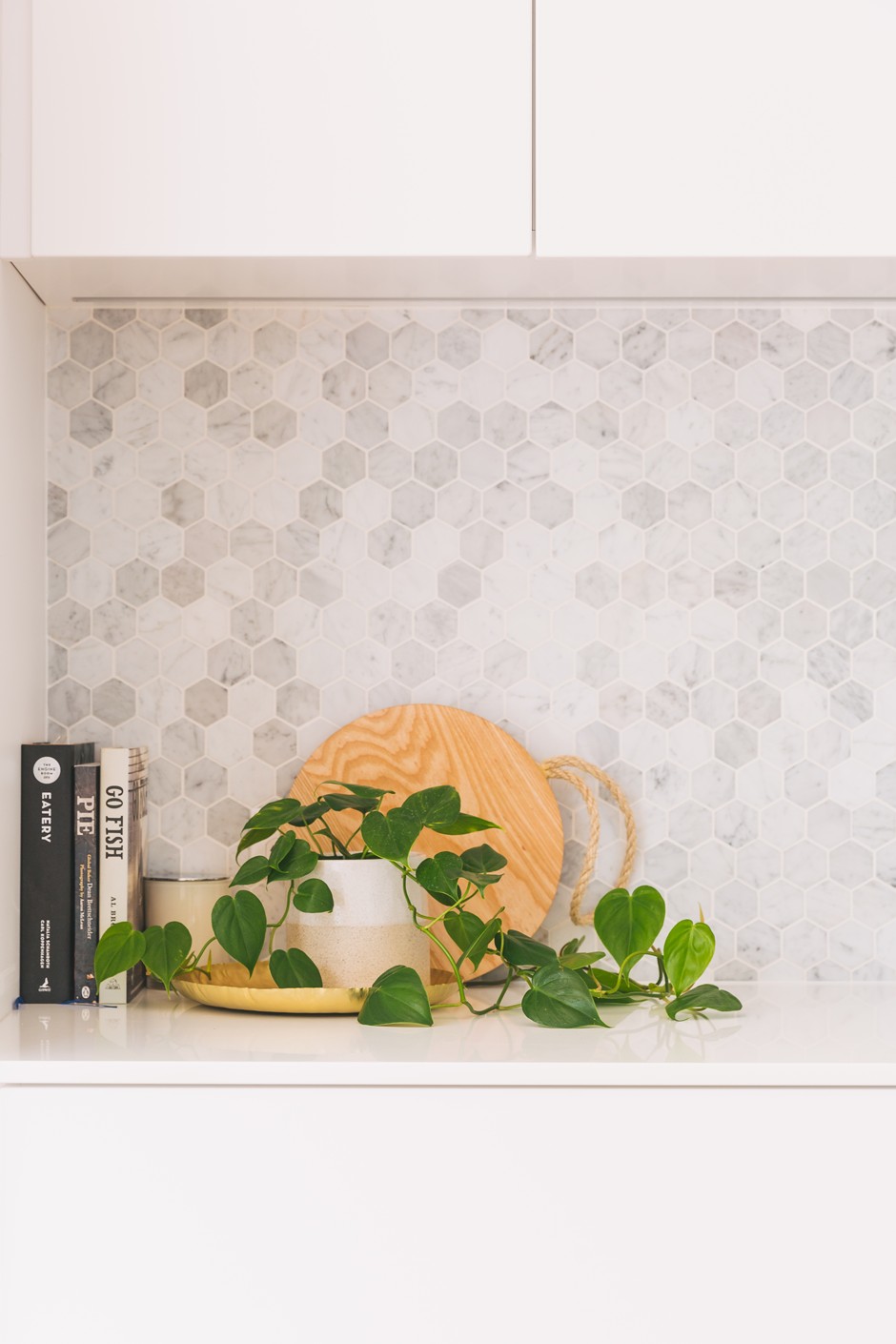 Cosmetic adjustments were easy to achieve. They repainted with Resene Black White throughout, sanded and polished the floors and laid pale grey carpet in the bedrooms.
Renovating the kitchen and bathrooms was another story. Amy worked closely with interior designer Suzanne Allen on the planning that transformed the country-style kitchen into something modern. She had a material palette in mind: white and timber, with marble accents and plenty of storage.
The kitchen now has full-height storage, acres of bench space and a splashback made with hexagonal Carrara marble tiles for some understated texture. Indeed, marble is a key aspect of the revamped décor throughout the home: a single smooth slab encases the chimney wall of the living room fireplace and those hexagonal kitchen tiles are also hero elements in both bathrooms. Matte black tapware and shower frames in the bathrooms contrast with the pale tones, and brass light fittings lend a sense of nostalgia. 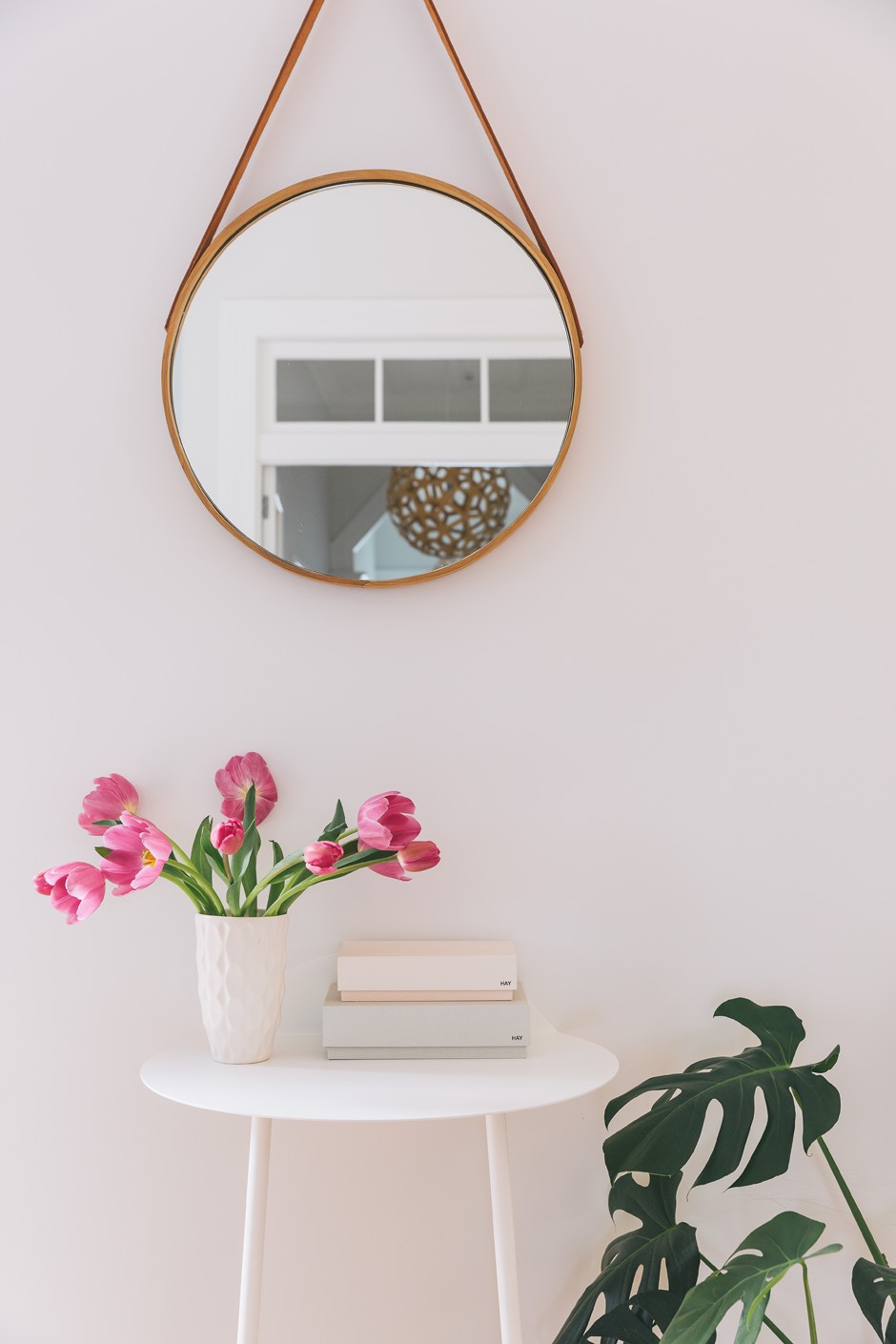 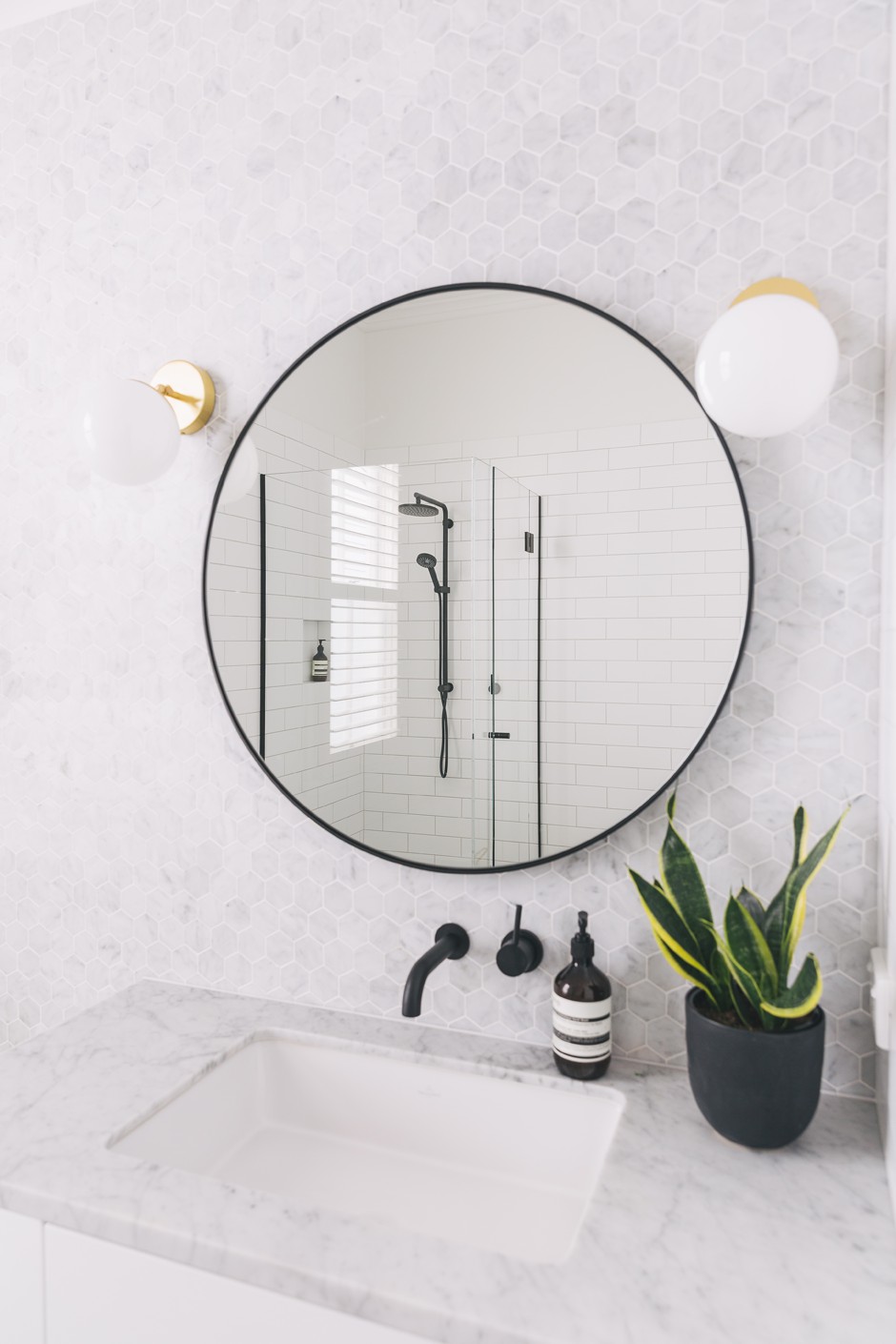 The new fittings and furnishings celebrate the local, with many pieces by New Zealand designers, and the pared-back look is punched up with plants in pots that aren’t your standard issue. “They’re prototypes that my sister, Jess de Court, is having made for a small business she’s launching soon, called Happy Leaves.” 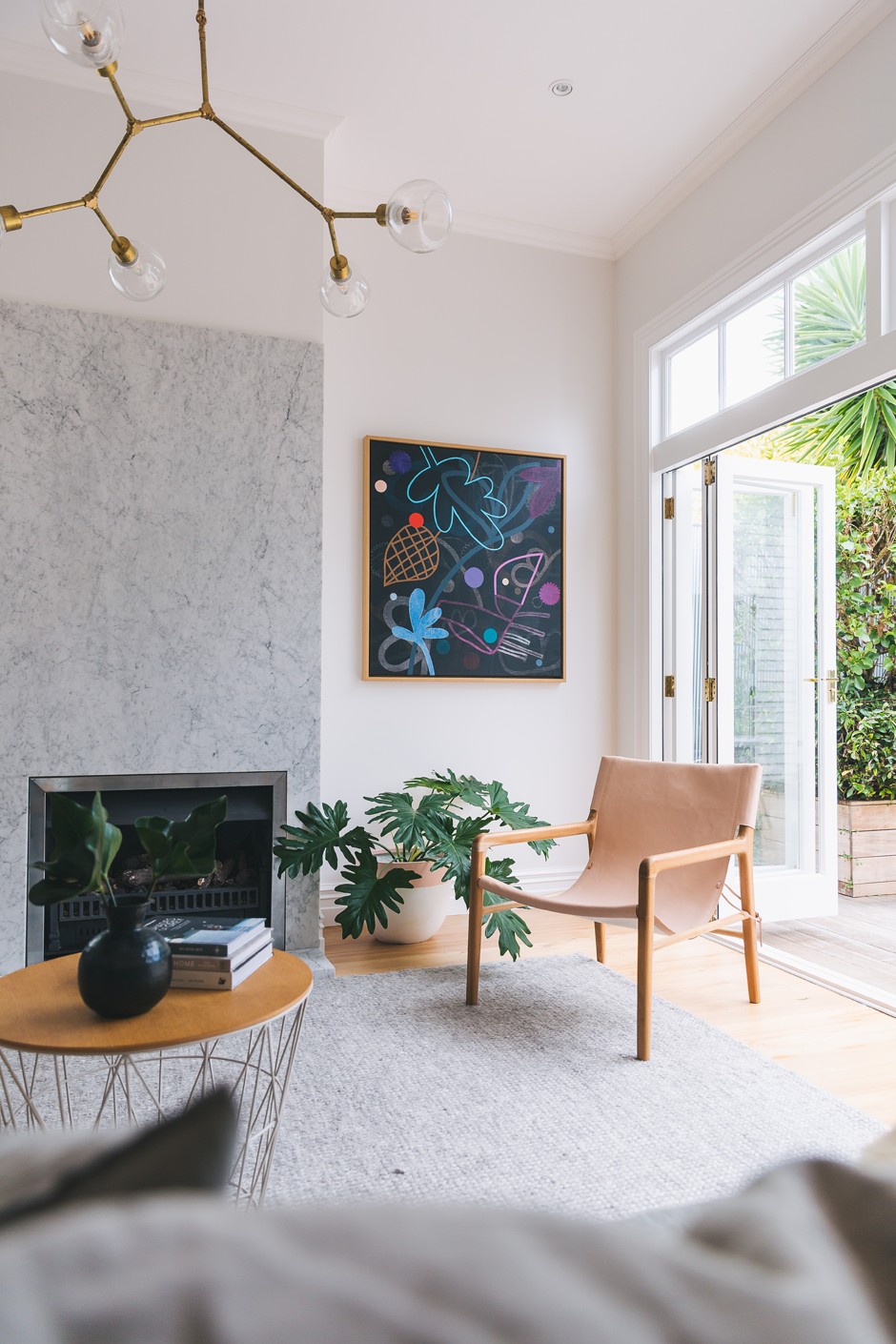 In the children’s rooms, the balance between expression and endurance is achieved with the use of wallpaper that has personality but won’t be outgrown too quickly. Sofia’s room at the front of the house features a harlequin-print paper in a pale pink shade. Black and white is appropriate for George’s room closer to the kitchen; his wallpaper is festooned with teepees. 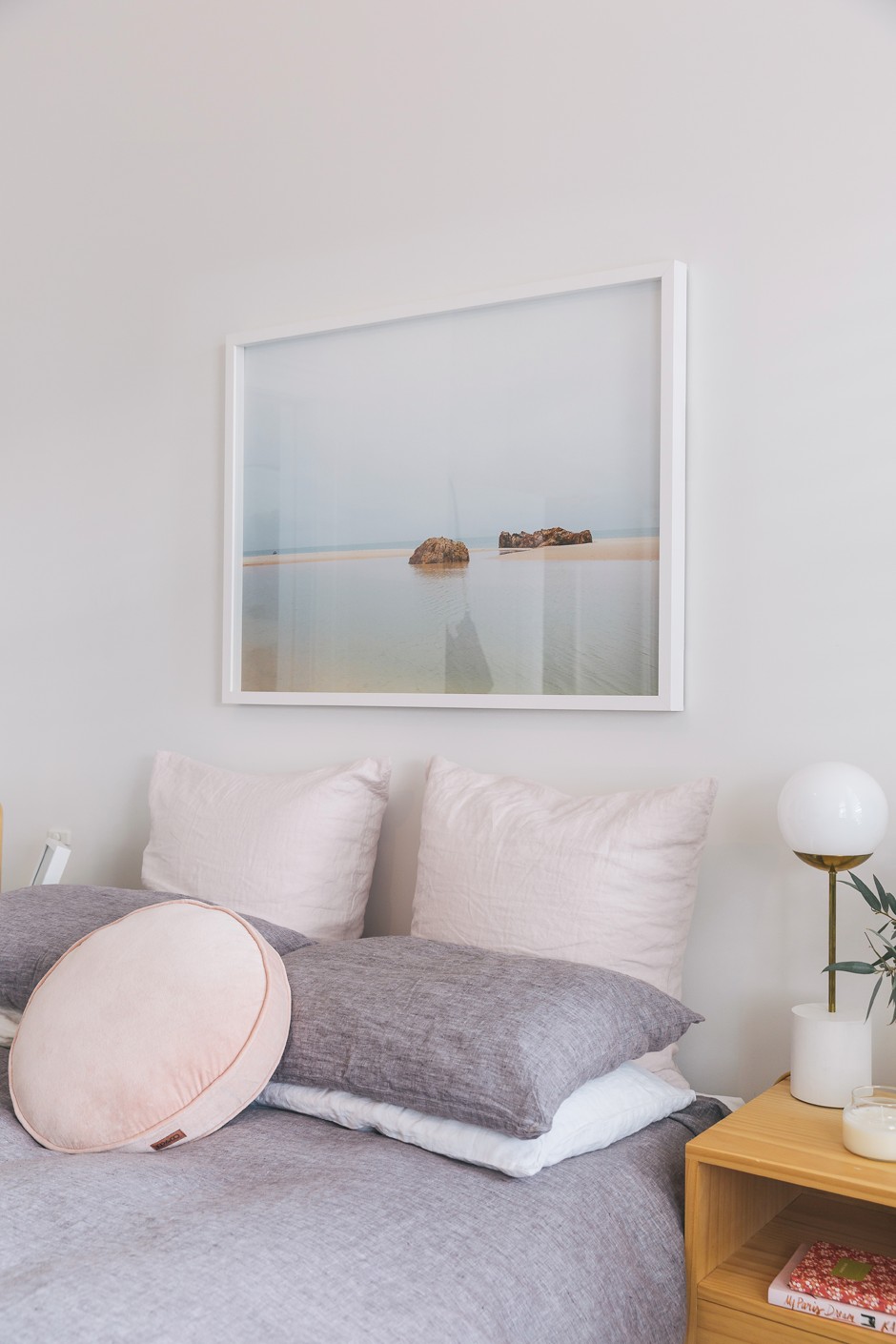 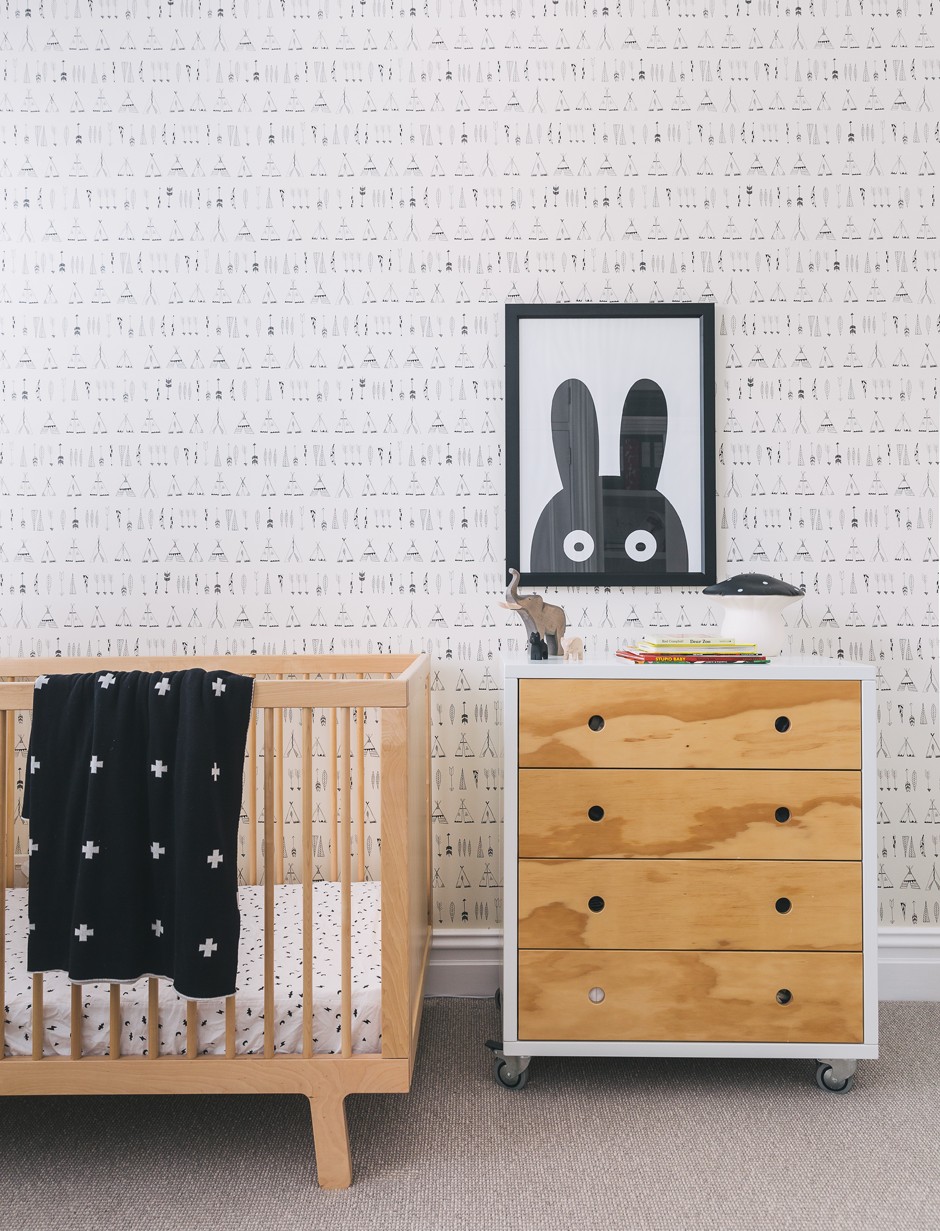 Choreographed and coordinated, the sense of peace that pervades this home is much appreciated by the adults, even if it’s often shattered by the youngsters in residence. While the kids do what they do best, the grown-ups can retreat to the sun-drenched ‘Heineken deck’ on the front porch for evening drinks and to watch the passing parade, giving a friendly nod to familiar faces. The sense of community here is a bonus the couple didn’t anticipate and they’ve put their plans to build up or out to gain more space on hold, content to share in the sociable camaraderie, head over to a neighbour’s pool for a swim, and let Friday afternoon playdates morph into casual dinners shared at the kitchen bench.
@decourtdesign 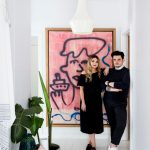 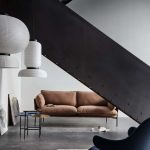