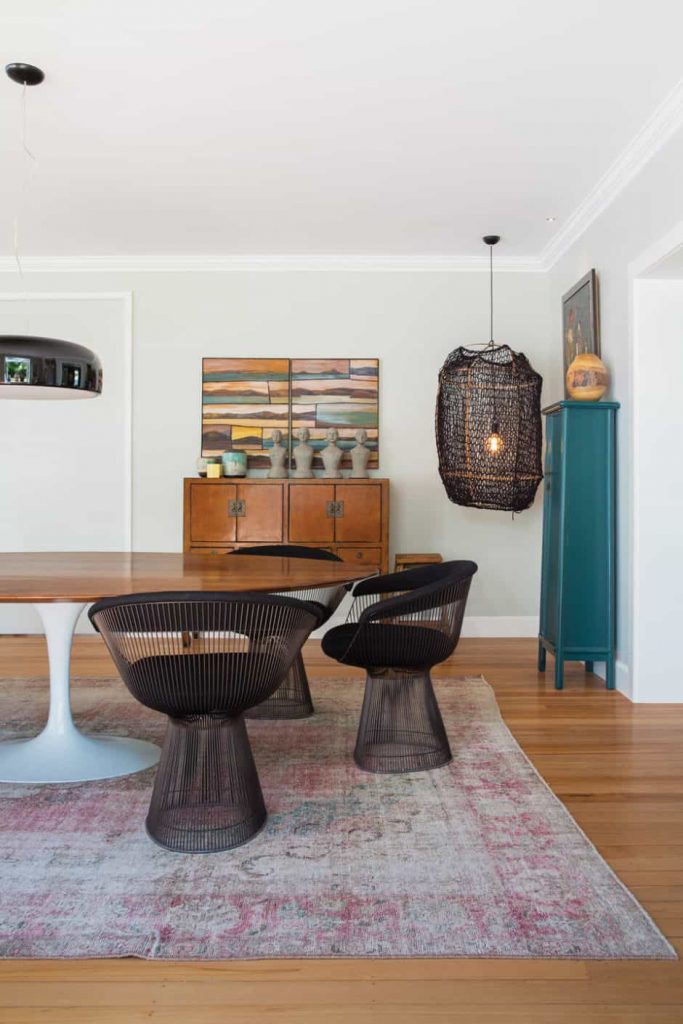 Returning to New Zealand after a decade in Hong Kong, the Inglis family found the perfect spot in Christchurch.

There’s an old Chinese proverb that says “a book tightly shut is but a block of paper”. Well, there’s nothing shut about the Inglis’ Eastern-influenced ‘book’, otherwise known as a 90-year-old Christchurch bungalow overflowing with stories of travel and adventure. Every corner is like a gorgeously curated page from a Feng Shui coffee-table book – one you cannot help but get absorbed in.

When the time came for Kris and Georgie Inglis to return home with their three children after 11 years in Hong Kong, they knew Christchurch was the place they wanted to settle. And once they found their 1920s bungalow by Heathcote Helmore, they also found that they had accumulated all they needed to turn the house into a home reflecting their lives so far. In one short year they have transitioned from rented apartment living on a high-density Asian island to a leafy green suburb in New Zealand – and they are loving it. 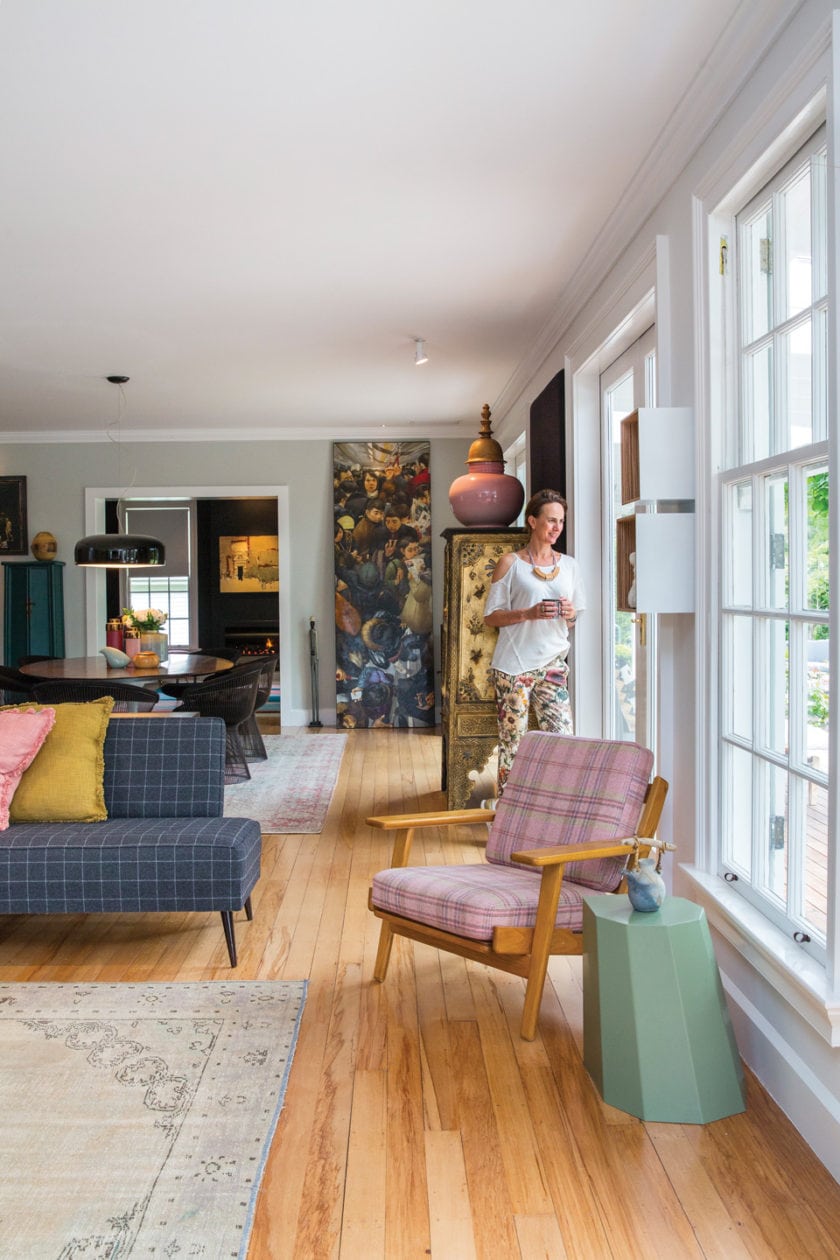 Georgie’s style is a heady mix of colour, design and sophistication. Over the years she has collected antique pieces and modern ceramics, as well as some pretty impressive art works. The culmination is considered, yet adventurous. It’s also refreshing to see great design that isn’t in every homeware store or reproduced from the latest over-exposed trends.

In one short year they have transitioned from rented apartment living on a high-density Asian island to a leafy green suburb in New Zealand – and they are loving it.

Georgie’s use of colour is also notable. Colour can easily stump renovators; people can get overwhelmed with too much choice, making it too tempting to opt for the safe options of white or neutrals. Georgie went for no such thing. Her house has a concise colour palette plucked from the many art pieces adorning the walls in every room. “We have been collecting homewares on our travels for years and subconsciously I must have chosen colours that all fit together,” she says. “Our art has been an inspiration for paint colours and furnishing fabrics,” Georgie continues, while leaning back on one of the dusty pink tartan wool-upholstered chairs that she upcycled herself.

The soft pink mirrors that in an old woman’s shirt depicted in the five-metre artwork by Hong Kong artist Yeung Tong Lung – as well as in a curvy Burmese urn. The geometric triangles in the family room rug and trim of the sliding door separating the entrance from the living area feature the same pink tone. Other colours in Georgie’s exotic palette include a deep peacock blue, a washed-out muddy green, glowing mustard tones and deep olives.

Georgie says that this has always been her favoured set of colour combinations. “I’m very much an autumn girl. I love all the washed-out tones but also enjoy pairing them with stronger and deep shades,” she says. 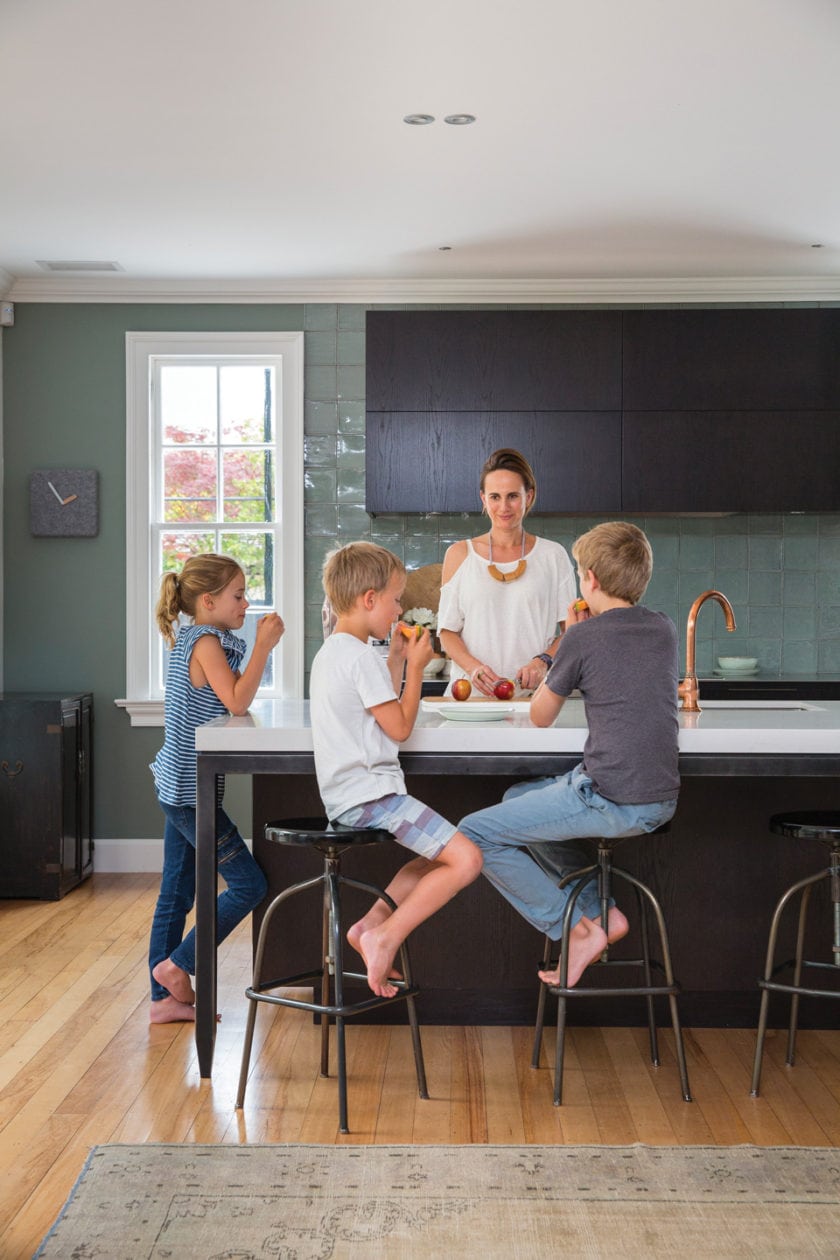 Georgie is also very much a Feng Shui girl. Her training in this, coupled with 14 years in the fashion industry, is apparent in the way her collections are curated – and in the reorganisation of the home’s layout. “The house was cold and dark before the renovation and now it is light, sunny and warm – it’s brilliant,” she says. “It is about 90 years old so, like all houses from that era, the kitchen was in the southern corner with the north-facing aspect occupied by a spare bedroom, formal sitting and dining room – meaning a third of the house was under-utilised, while housing the best view.”

The four-month renovation has turned a rabbit warren of an interior – one that the children were actually scared of! – into a thoughtfully laid-out and well-proportioned home. “We moved the kitchen from the southern to the north-eastern side, knocked out a wall to make open-plan kitchen/dining and the dining room became a cosy TV room.

“The house was cold and dark before the renovation and now it is light, sunny and warm – it’s brilliant”

“We followed the roofline in the entrance and put in a skylight to bring in light. We also put skylights in the veranda on the north side to bring light into the kitchen/dining area. We also added ensuites to the master and spare bedrooms.”

In other words: a lot of work. Yet, there is no evidence of this mammoth effort, perhaps due to that Feng Shui training. Today the house flows effortlessly, with everything thoughtfully orchestrated. 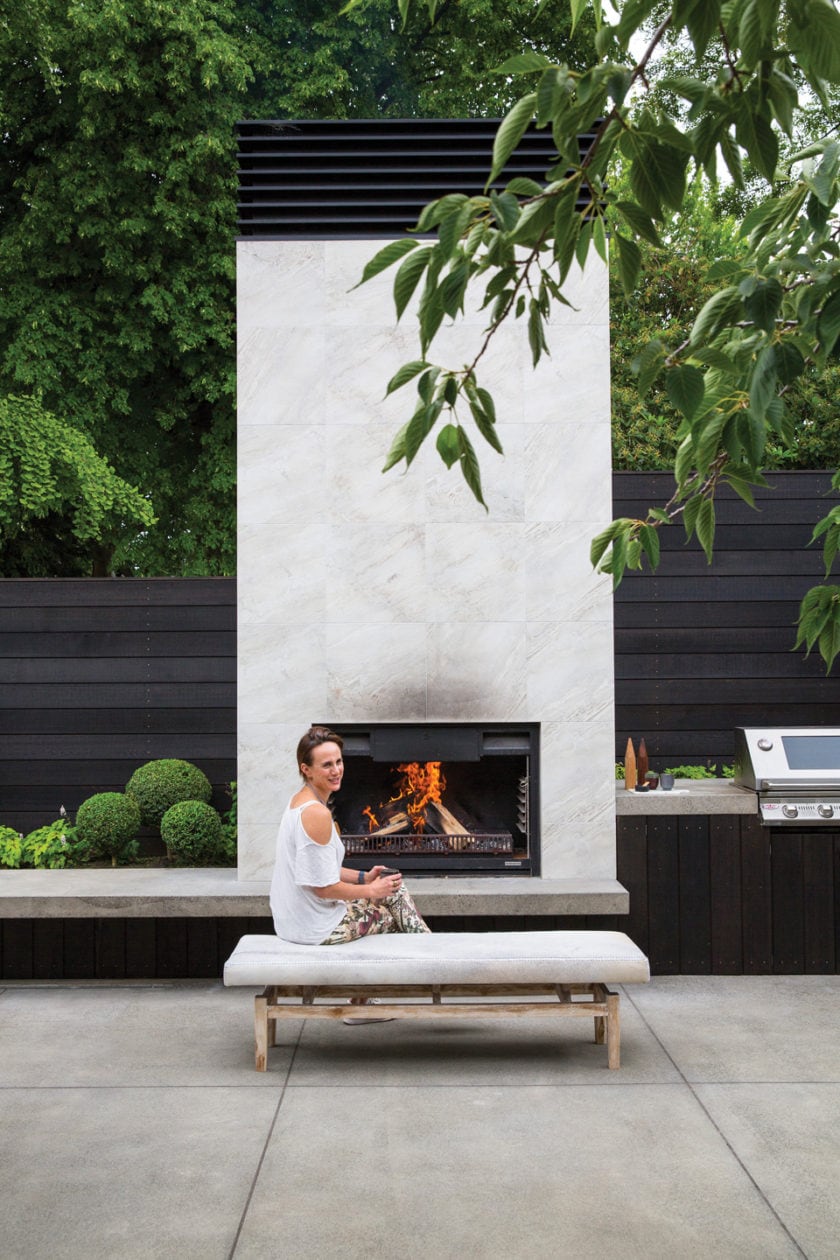 The outside also underwent a huge renovation, with Kris at the helm. The incredibly-designed outdoor area features a re-sealed tennis court, paths leading to a babbling stream, outdoor swings and two distinct areas for entertaining and family time. Here too there are flourishes of Asia, but with a very Kiwi twist. A wood fire and built-in barbecue, with their surrounding glass windbreaks, topiary bushes and trees work together to make the garden into an extension of the internal living areas.

Today the Inglis’s home, like any good book, is hard to turn away from. And there will be plenty more chapters to add to this story in years to come. 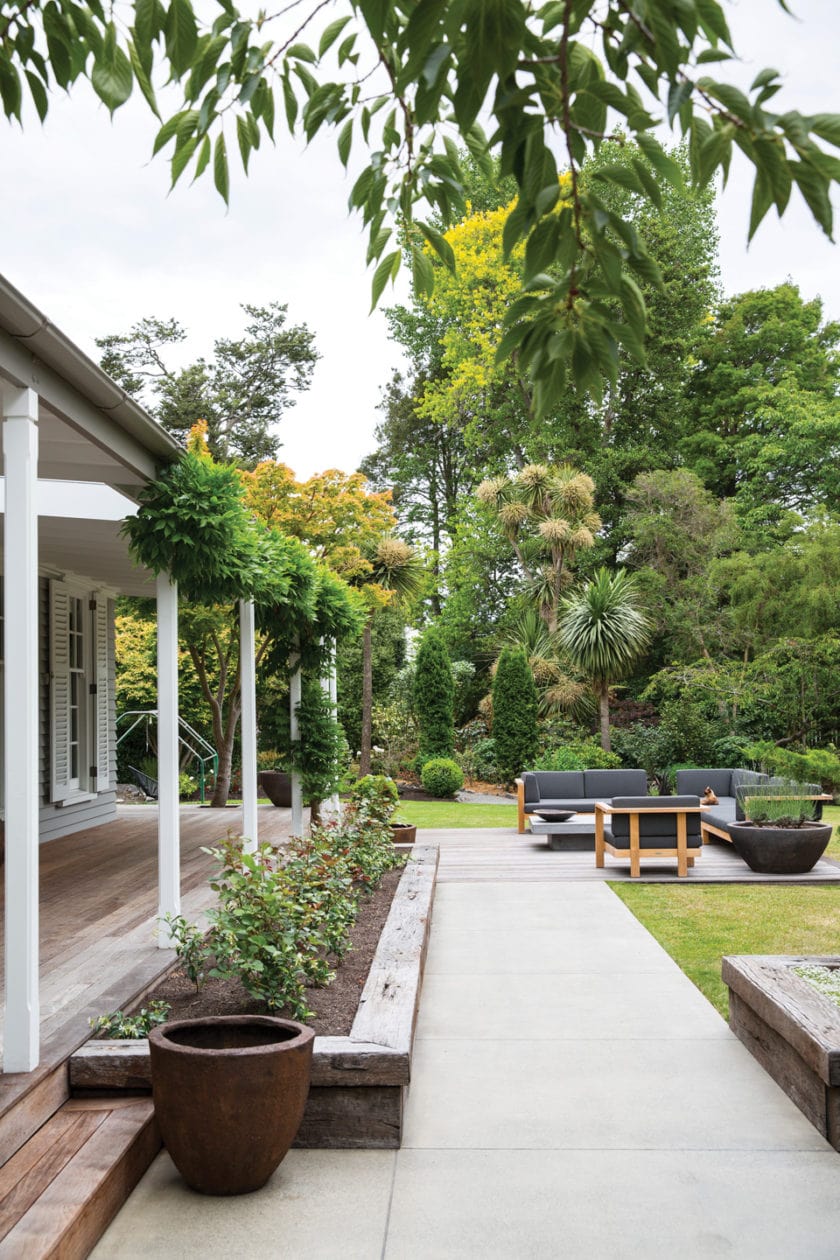 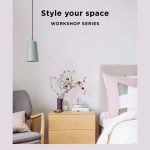