By Dylan Rhynd of DPRD Studio Architecture, this beachy St Heliers build is the place to be 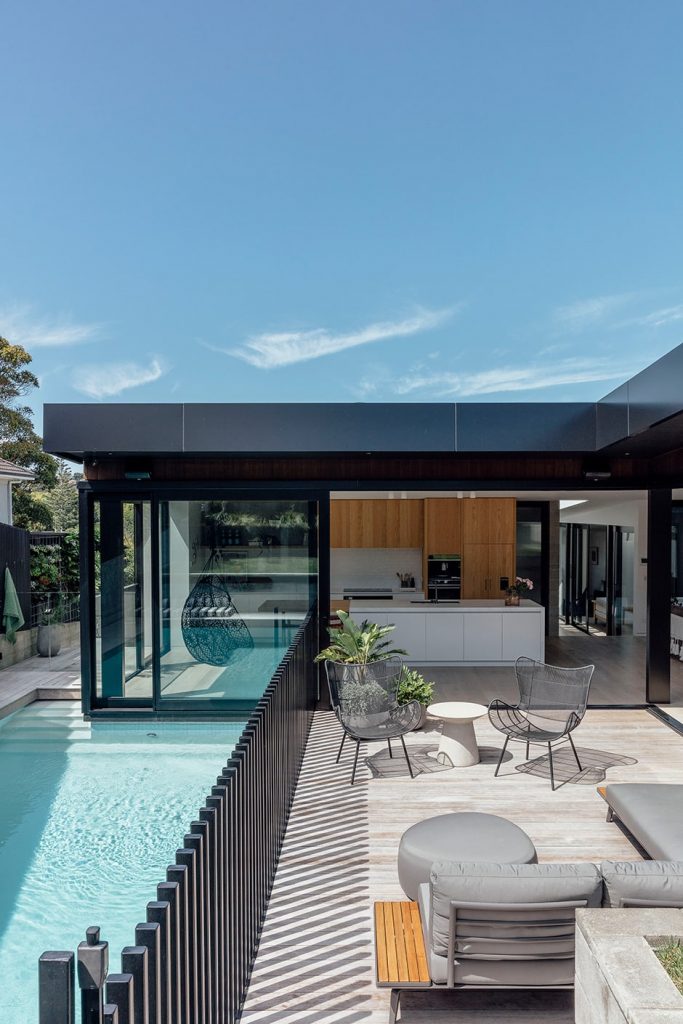 The family home is full of light, luxe and textural touches for maximum health and happiness.

‘This must be the place’, says the neon-sign writing on the wall at Kelly and Mark Pattie’s house. Two-and-a-half years, detail by detail in the making, their home is as close to the ultimate destination as they could have imagined, a place into which they’ve poured their heart and soul.
Having renovated their two prior dwellings, they’d intended to do the same to the one that originally stood on this site in the seaside Auckland suburb of St Heliers. But when consultations with their architectural designer and long-time friend Dylan Rhynd of DPRD Studio Architecture revealed very little of it would remain once they’d ticked off their wish-list, they changed tack, trucked the old house off to Hastings and started dreaming even bigger. 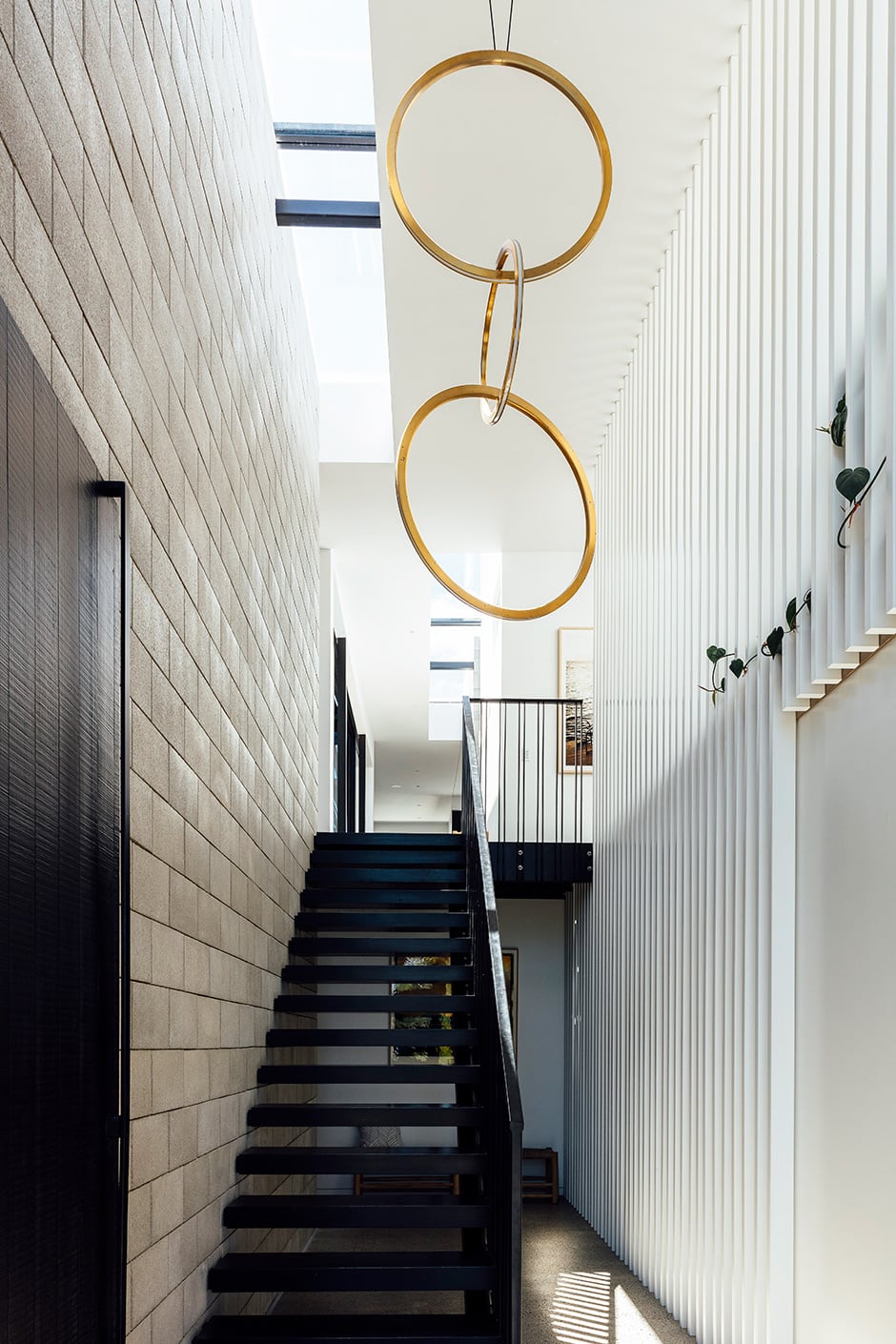 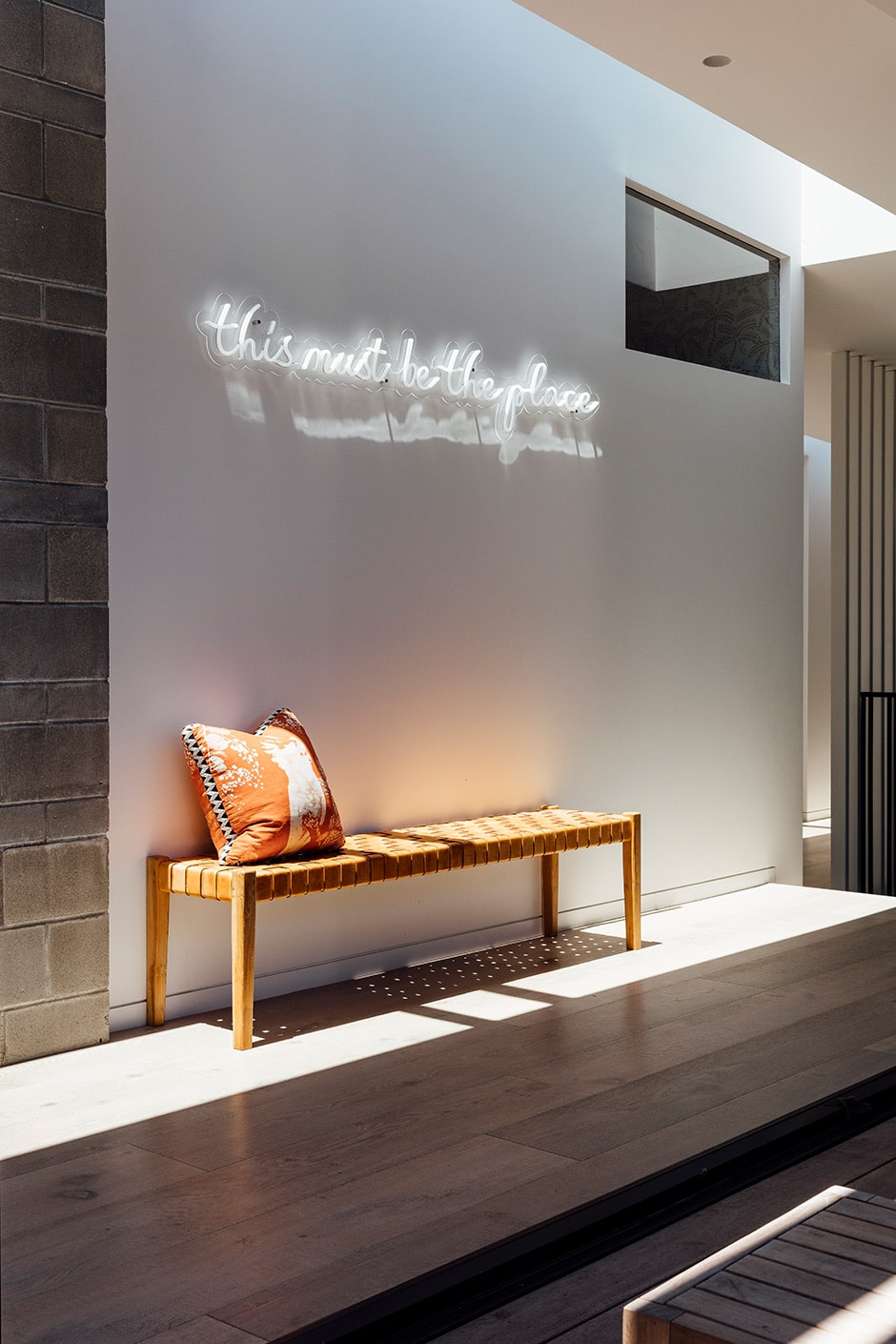 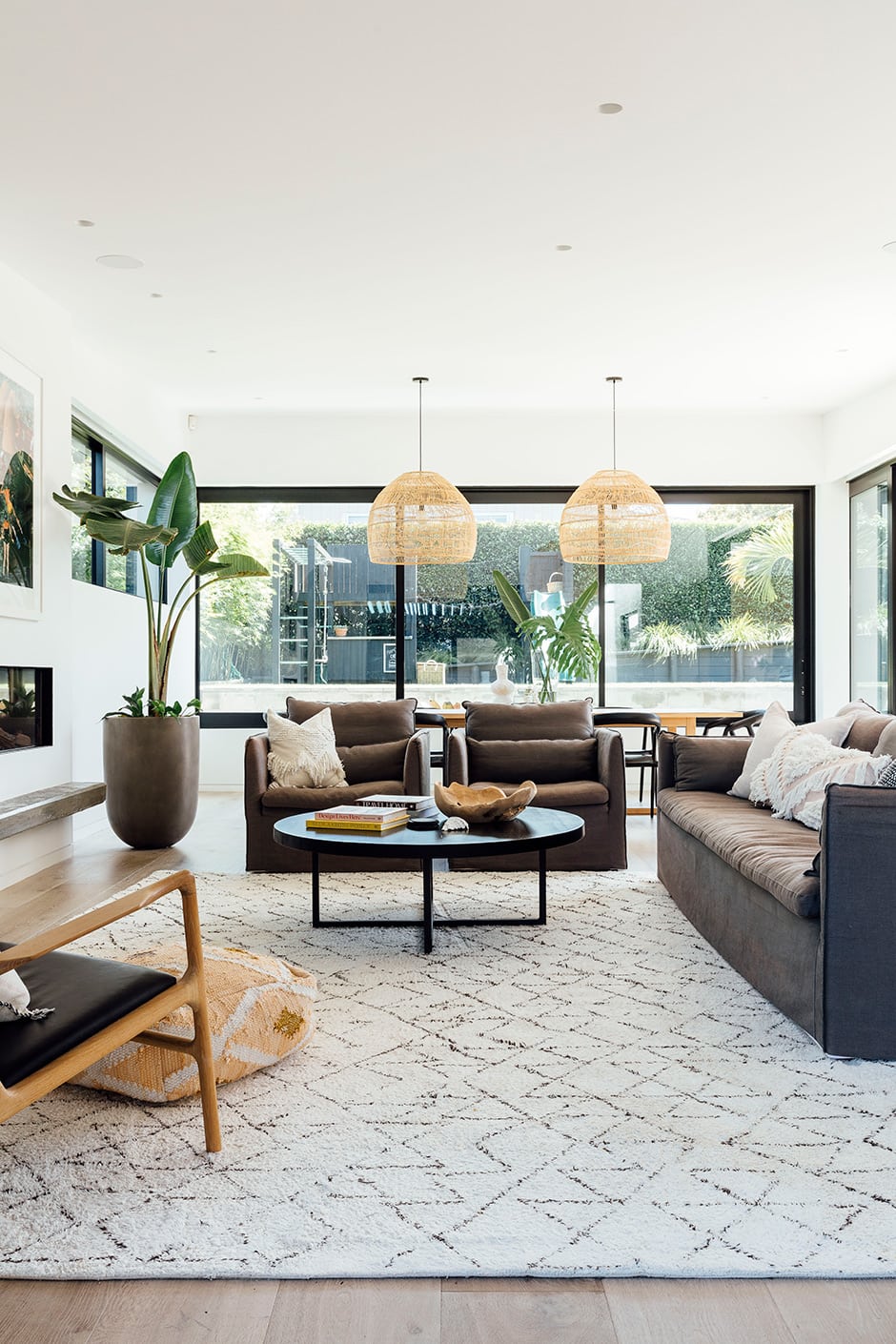 The items on that initial list included maximising the sloping section, arranging the main living areas and bedrooms on one level, installing a pool, and letting in light, light and more light. These missions and more accomplished, the latter now pours in from one of Dylan’s key architectural statements: three huge skylights that run along the spine of the house, the largest 15m long. Still more is ushered in through floor-to-ceiling windows and doors and other inventive apertures, providing a pervasive sense of serenity that makes the hearts in this home feel, well, light. 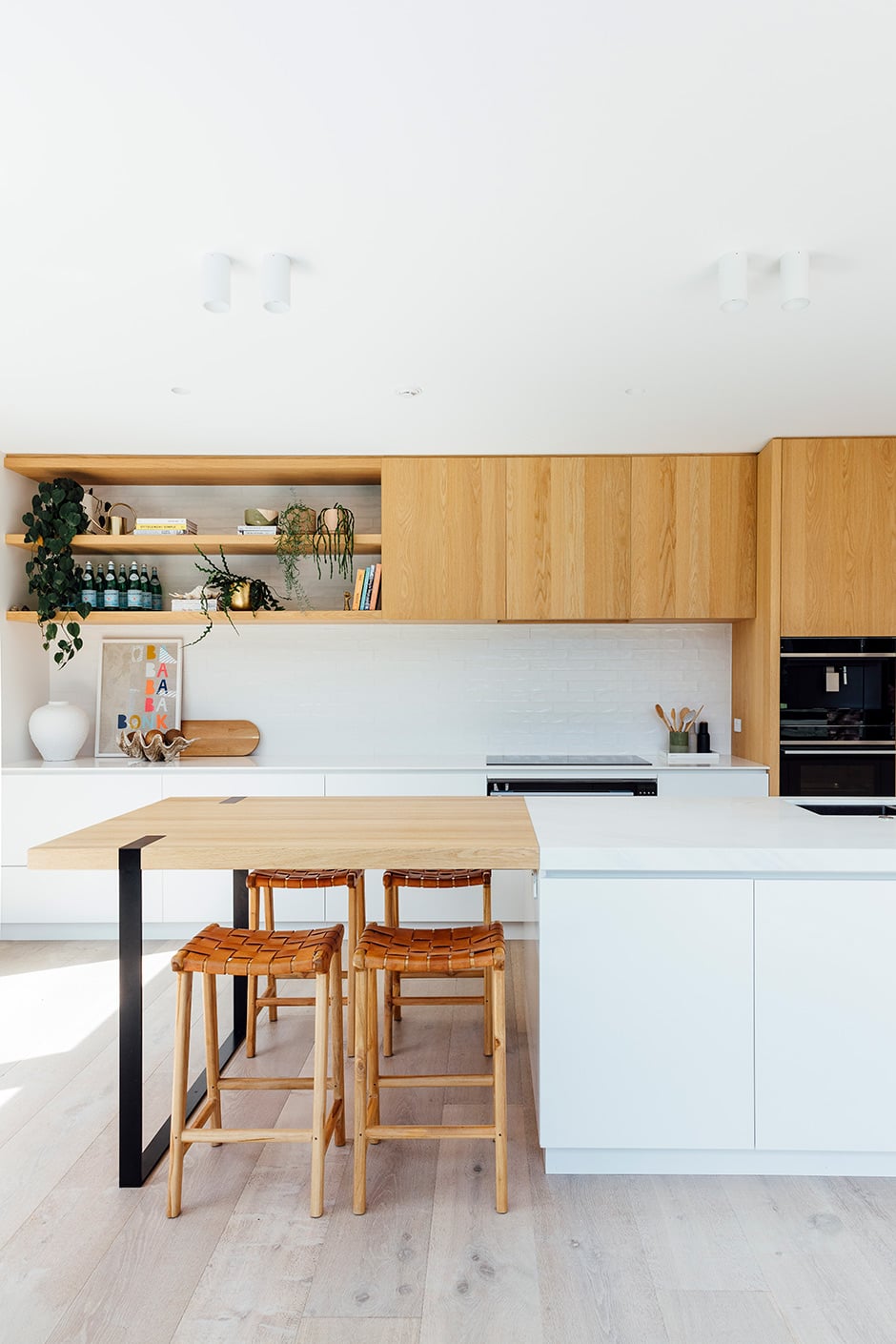 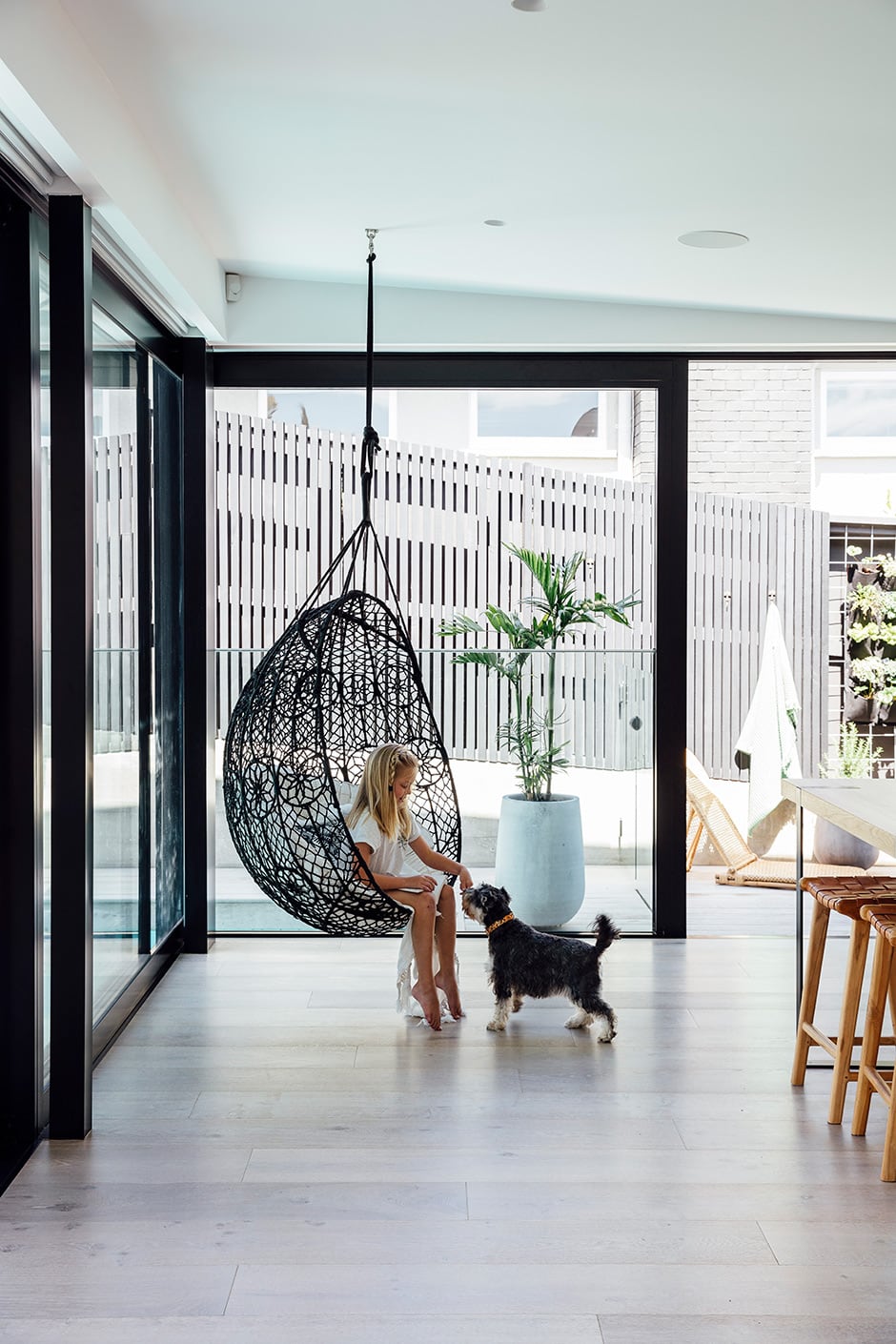 “On cloudy days, you’ll be outside and it’ll be dull and overcast, but with the light coming in onto the white walls, you walk in here and it’ll almost be lighter,” says Mark. “It’s weird, especially in winter when you want to get changed into shorts and a T-shirt because it’s so light and warm!”
The practicality, thermal gain and health benefits of the windows were all important outcomes for the couple and their children Tyler (12), Chloe (9) and Harry (6), enhanced through additional features such as a warm roof by Auckland Integrity Waterproofing that keeps the home extra dry, the concrete-block wall that forms the entryway while trapping and radiating heat, underfloor heating and ducted air conditioning. These inclusions are among many full-time mother Kelly and software-product strategist Mark worked closely with Dylan and builders Integrity Building Services on to develop and fine-tune as the project progressed, stretching out their budget and timeframe but meaning they got every detail just right. 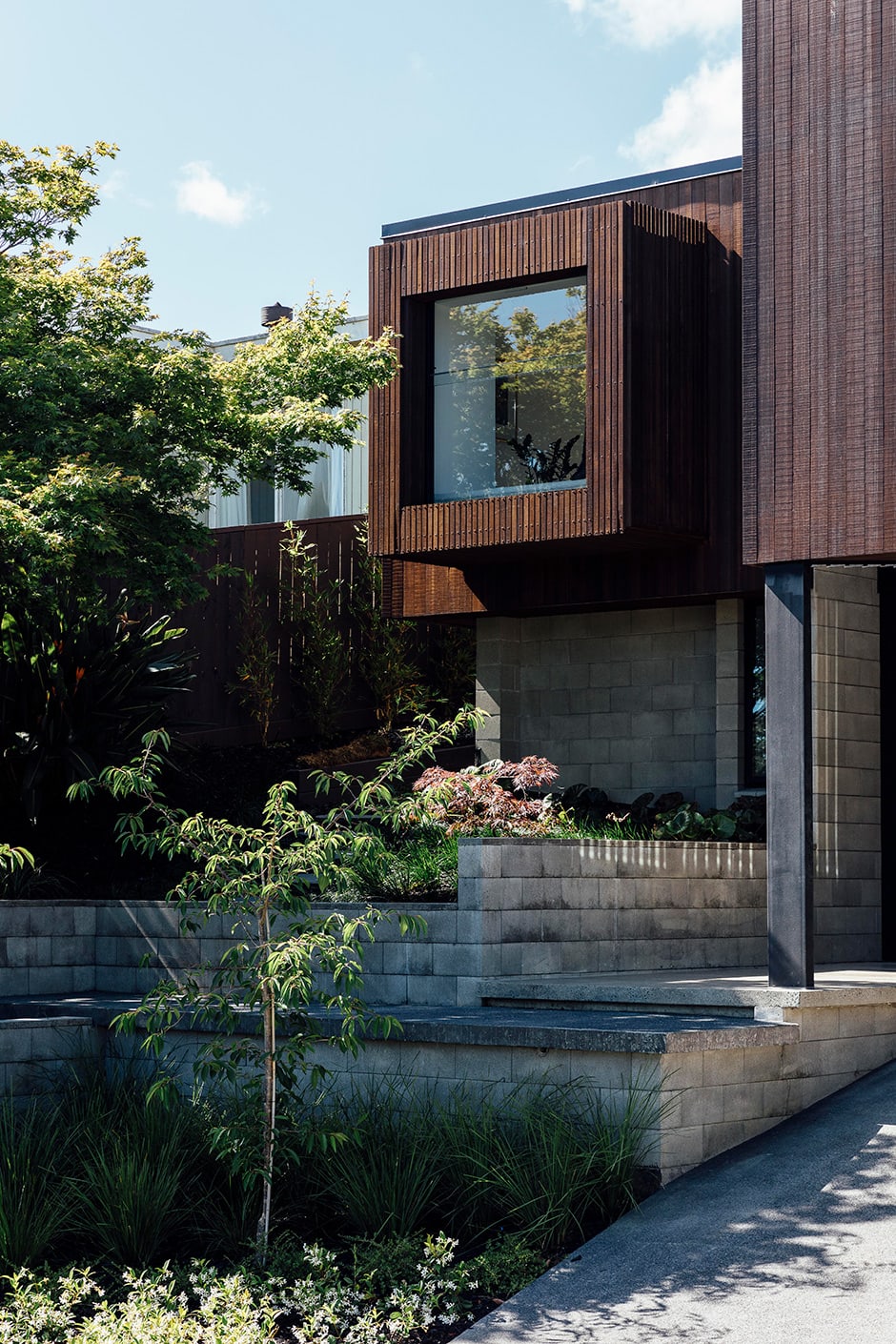 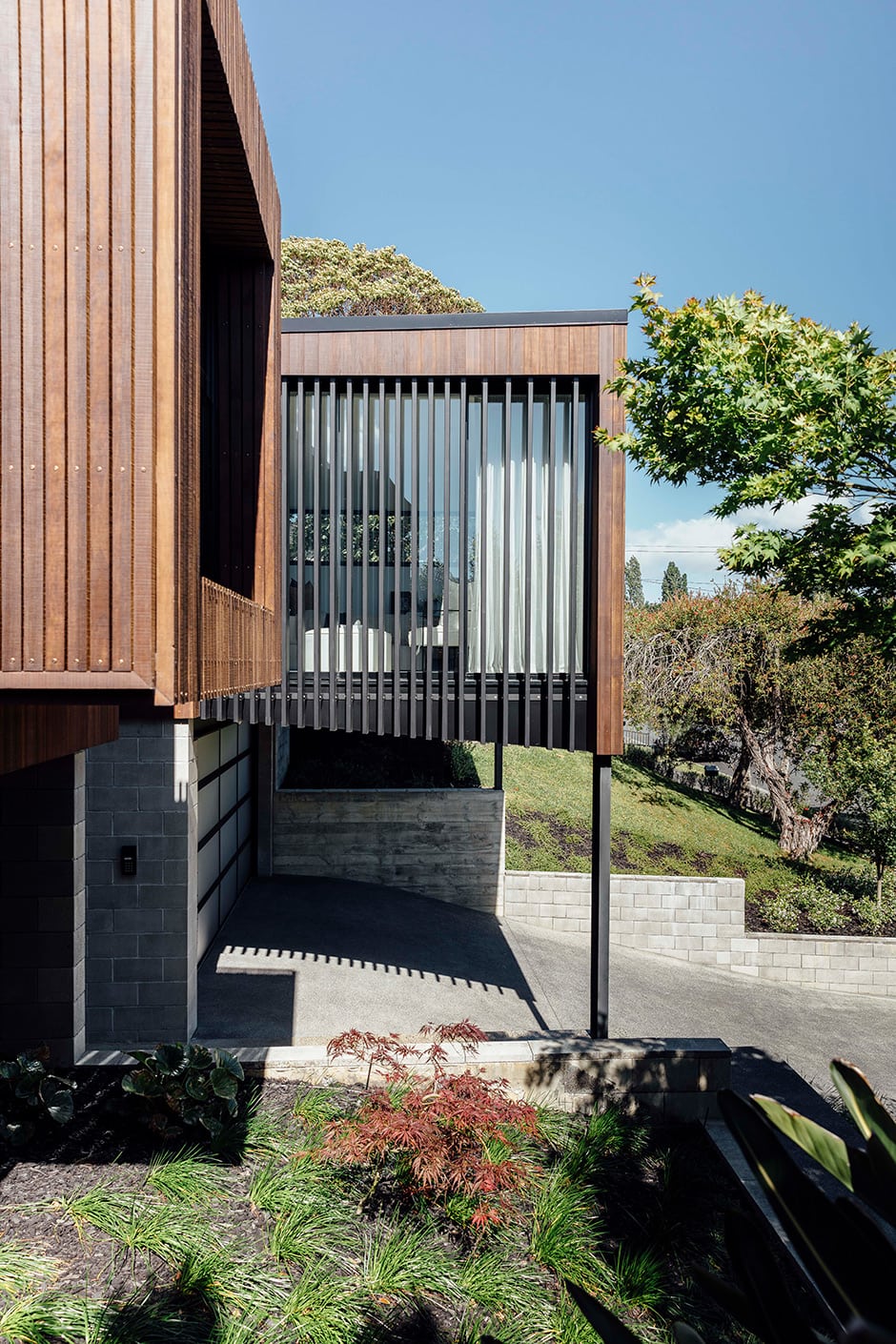 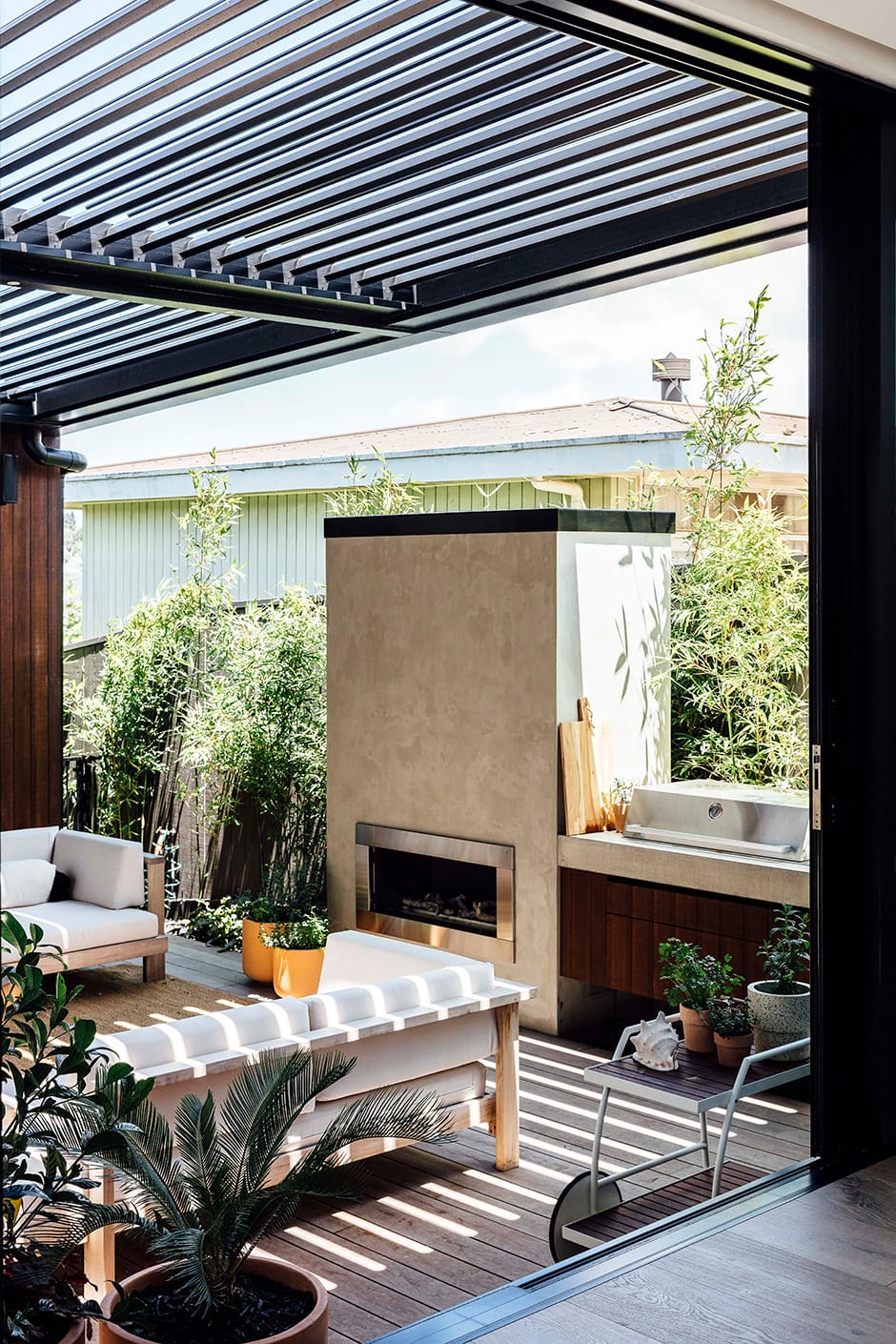 “The build very much evolved, but luckily we had the flexibility to change things as it went on because we did four stages of consent,” says Kelly.
“We definitely took on more than we initially understood, and there were challenges along the way, but we stuck at it and are super proud of what we produced,” says Mark. “It was a real team effort.”

When you arrive here, pavers lead you from the street to a tall pivot front door that opens into an amazing atrium. On this entry level is the garage, guest bedroom and guest bathroom, but day-to-day you bypass these in favour of ascending the floating staircase to the slatted landing that lets light from overhead trickle through to the ground floor below. Head right to the family’s bedrooms and bathrooms, left to the playroom, or straight ahead along the ‘runway’ with that custom-made neon sign, past the internal courtyard and the scullery to the open-plan living spaces, garden and pool. 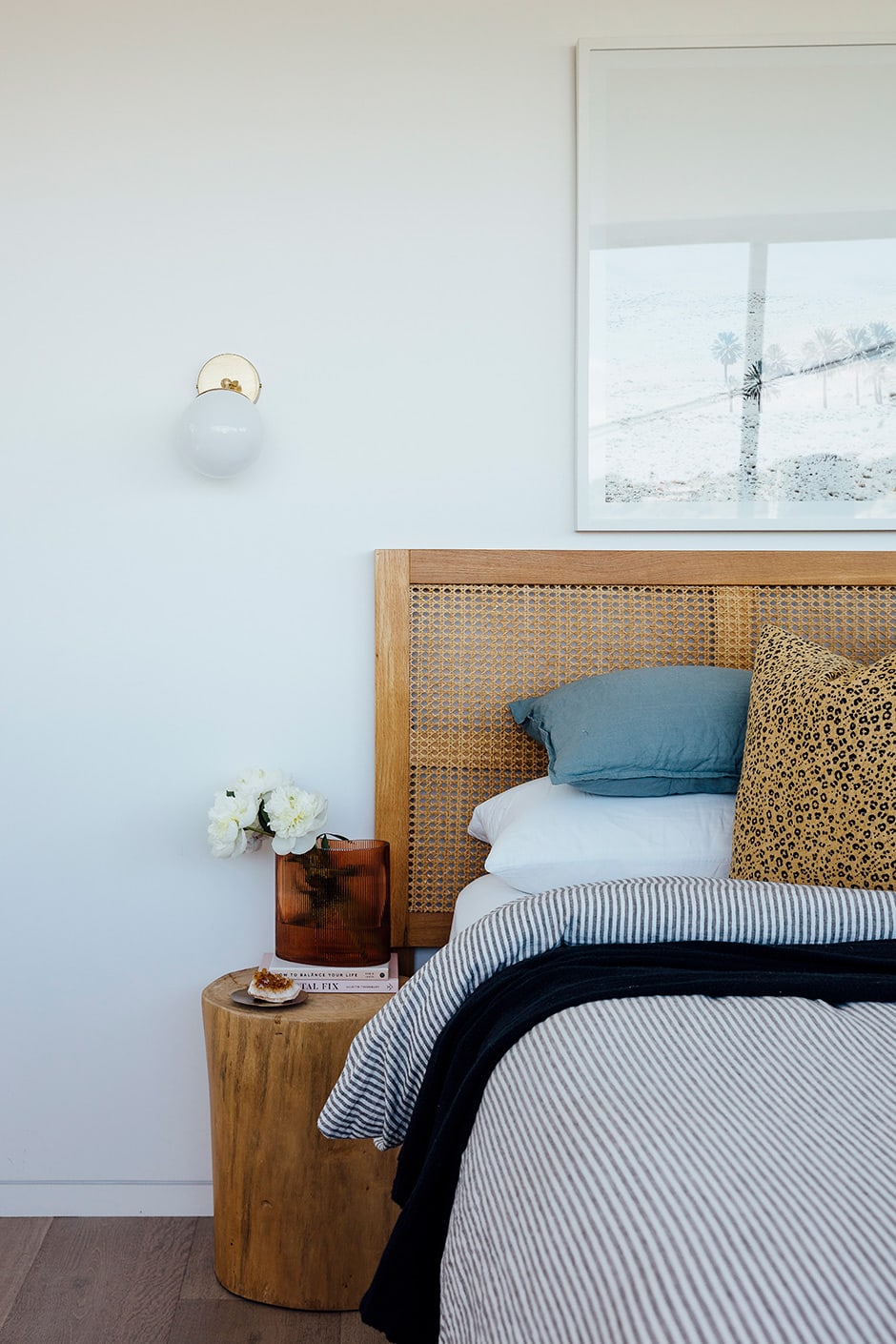 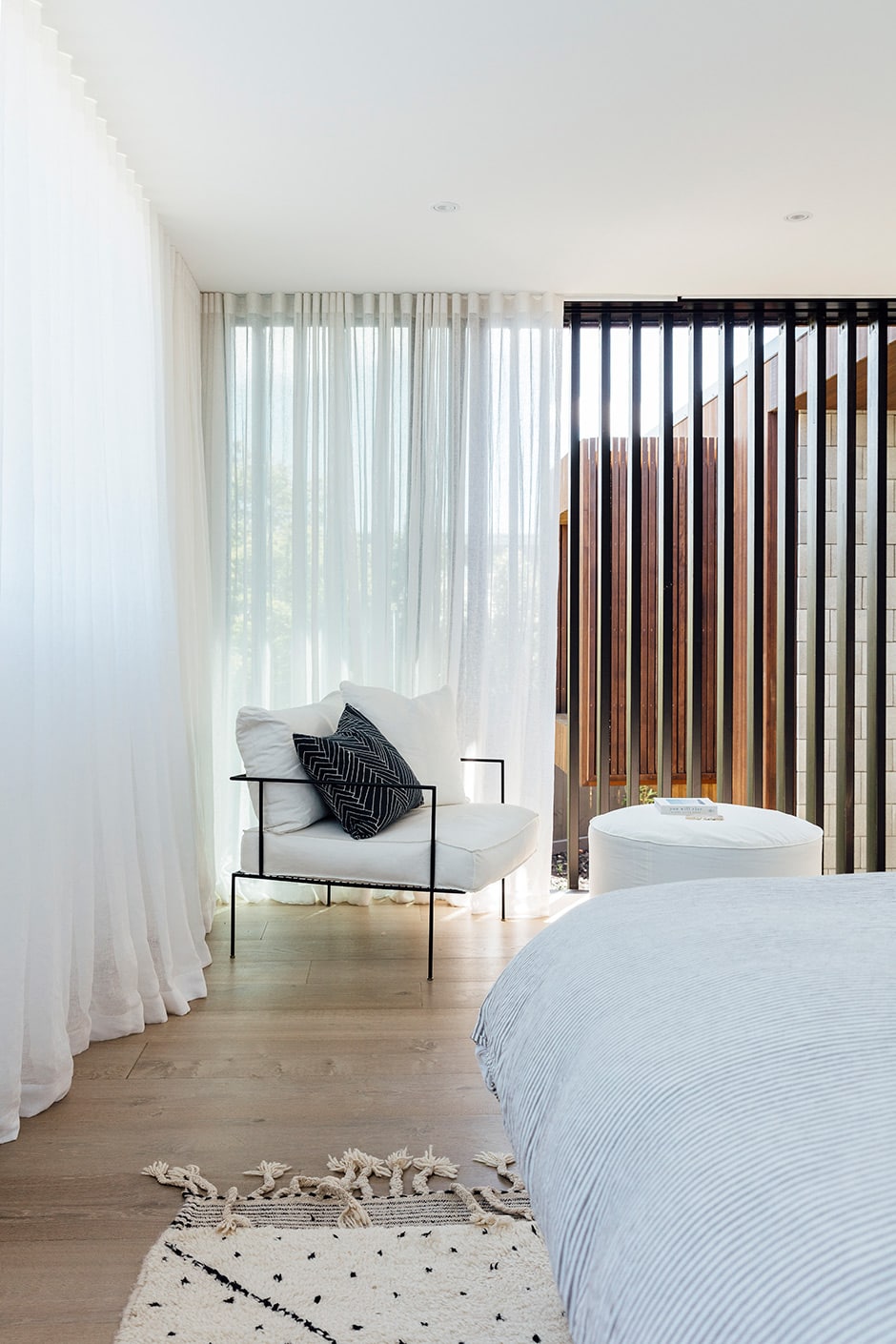 A material palette rich in natural texture is the other hallmark of this contemporary home. Materials were left in their raw state wherever possible, for a result so compelling you want to reach out and touch at every turn. 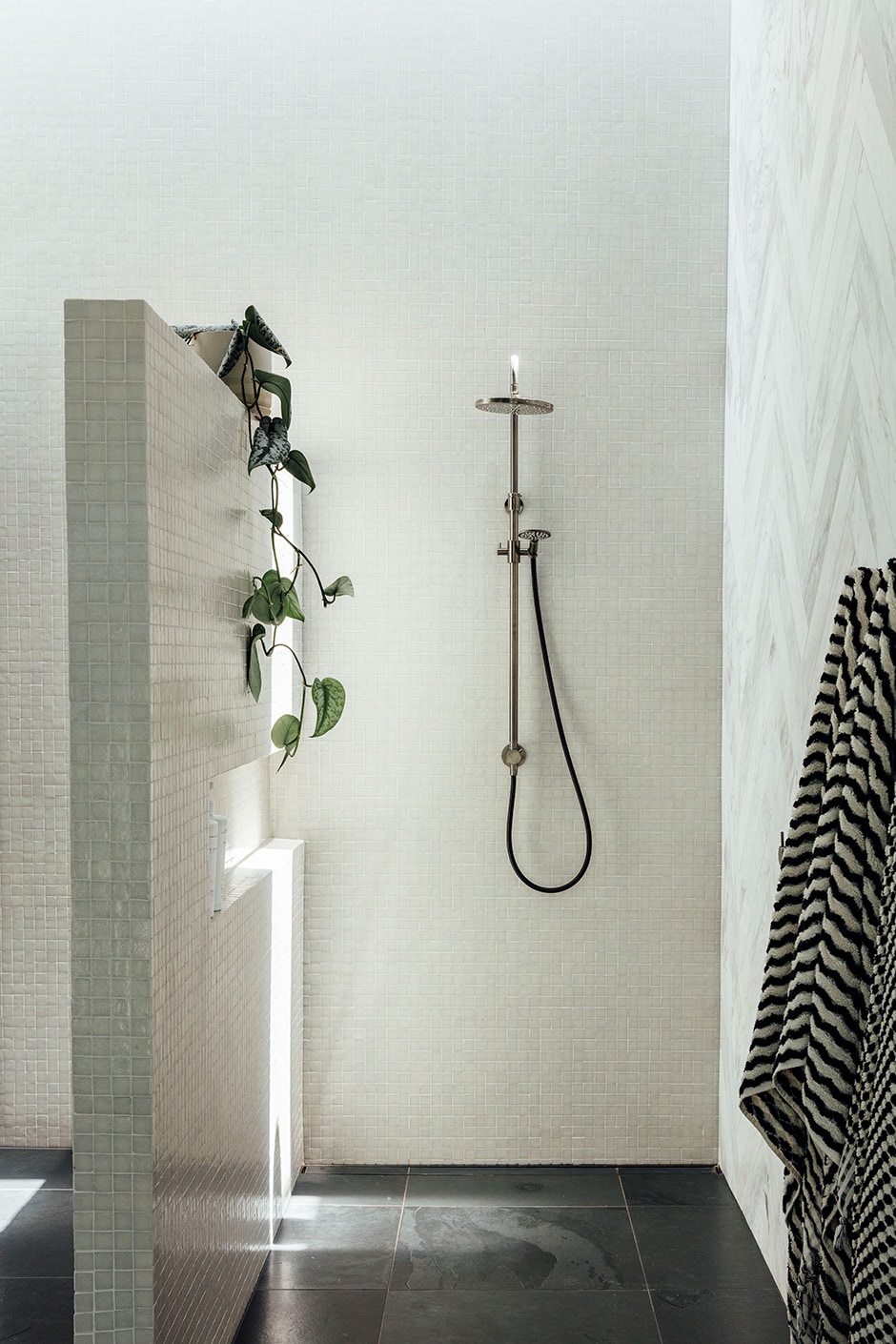 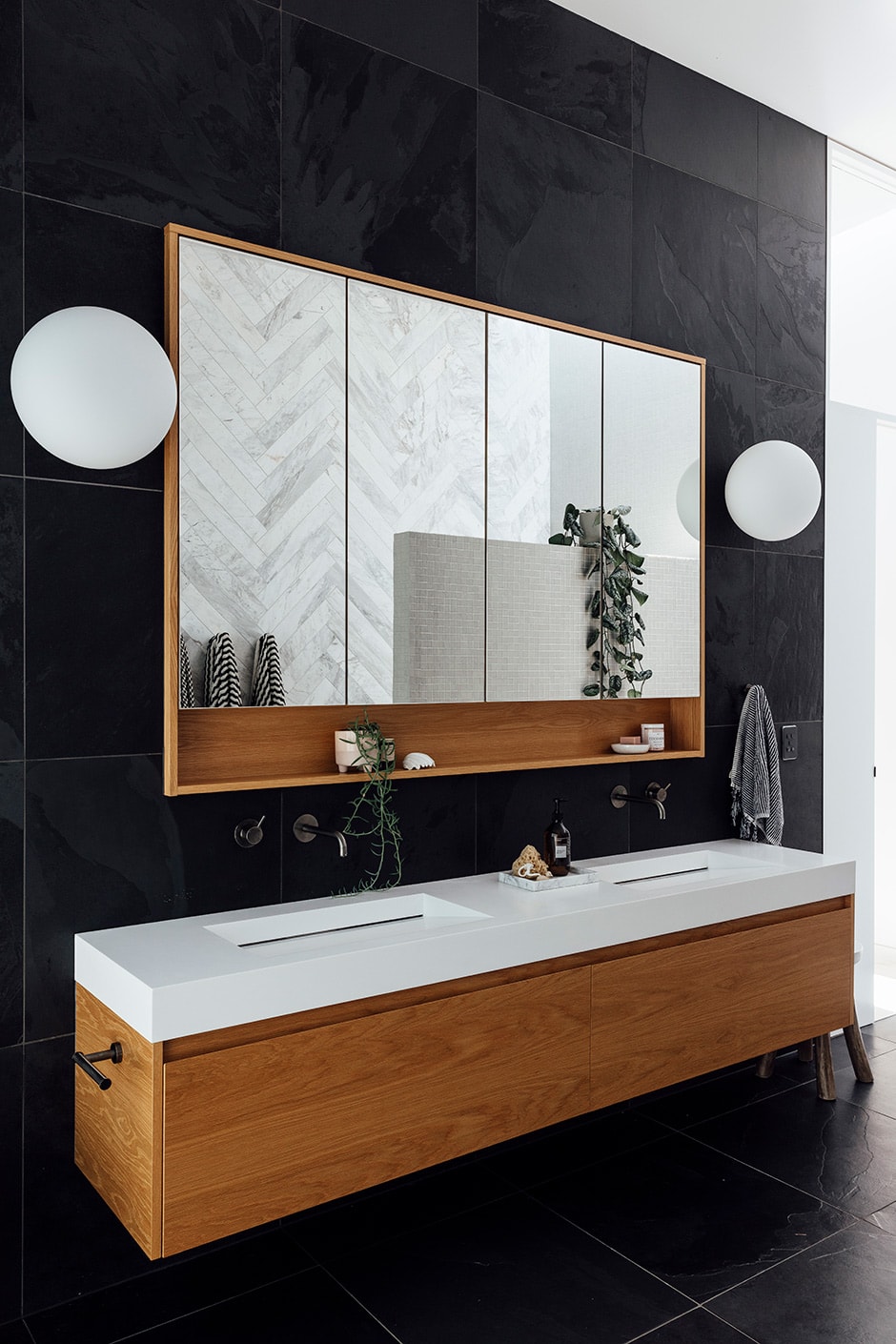 Kelly had taken the décor reins on their earlier renos (and courses at the Nanette Cameron School of Interior Design), so she specified the interior details here too, placing her focus on minimalist, subtly beachy choices that will withstand the rigours of time — and kids. “After renting for two years, I couldn’t wait to have white walls,” she says of the Resene Alabaster paint  she paired with other neutrals, forgiving French oak and polished concrete flooring, and indoor plants to soften the strong architectural lines. Outside, the planting and paving by landscape architect Cam Strachan from SGLA has a Japanese slant (cherry blossom trees, a dwarf maple, bamboo…), something the couple sought to emulate after the calming, enduring aesthetic made a deep impression on a trip to Japan. 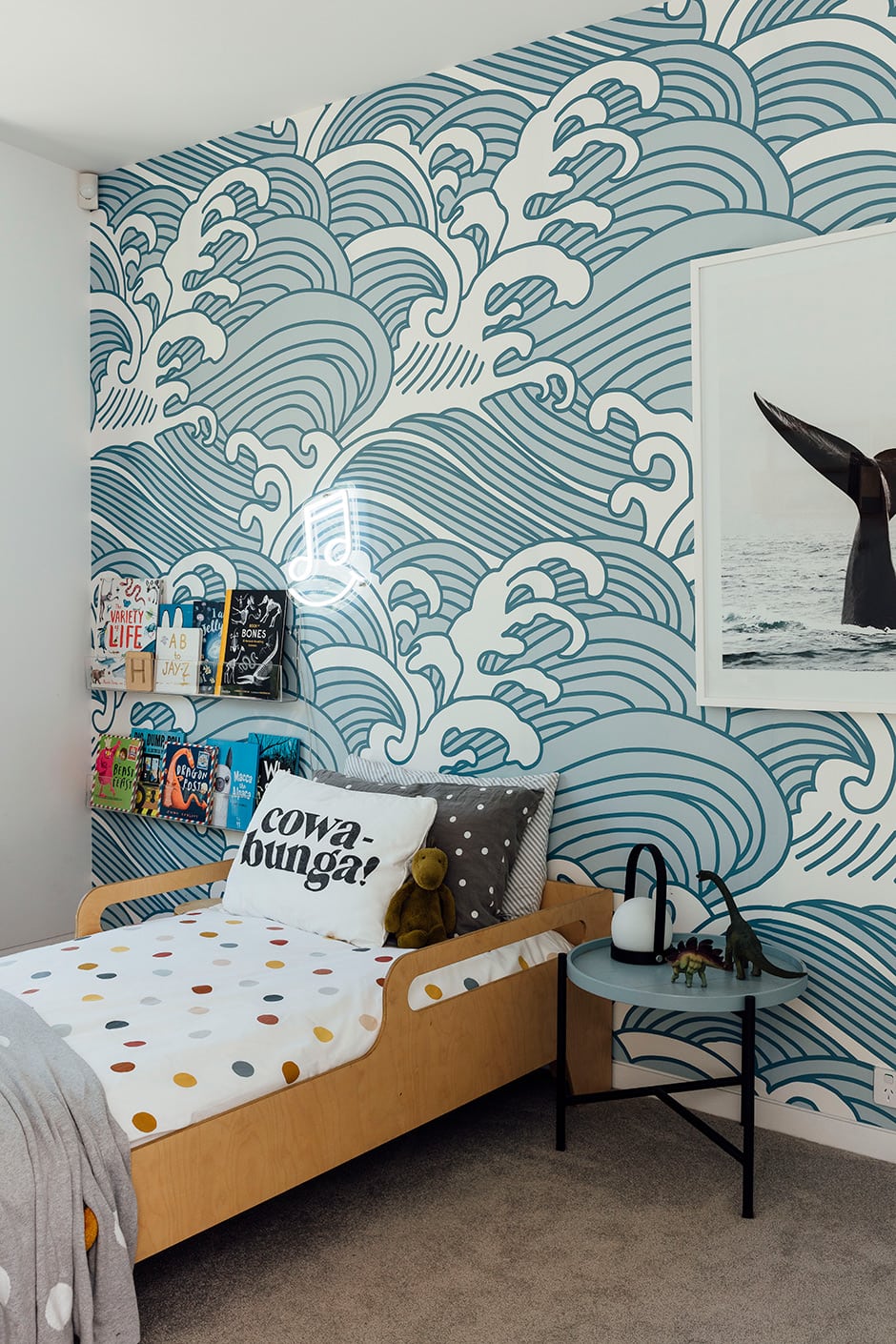 IT guy Mark was also set on some tech that makes life here even easier — a system by Automation Associates that includes the lighting scheme by Lightplan, blinds, AV system, indoor fireplace, intercom, garage door, alarm and security cameras. Controlled with the touch of a button and remotely by phone, it contributes to an overarching theme of relaxation that suits these homebodies perfectly.
“The house is a reflection of how we want to live,” says Kelly. “It’s light, warm, healthy and just so easy. We pinch ourselves all the time.”
“We’ve been together since I was 20 and Kelly was 19,” says Mark. “We often say, ‘Could you ever have imagined we’d end up here?’”
But here they are, in what’s their happy place through and through. And it’s some place all right. 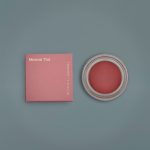 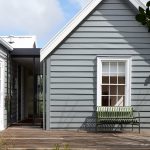