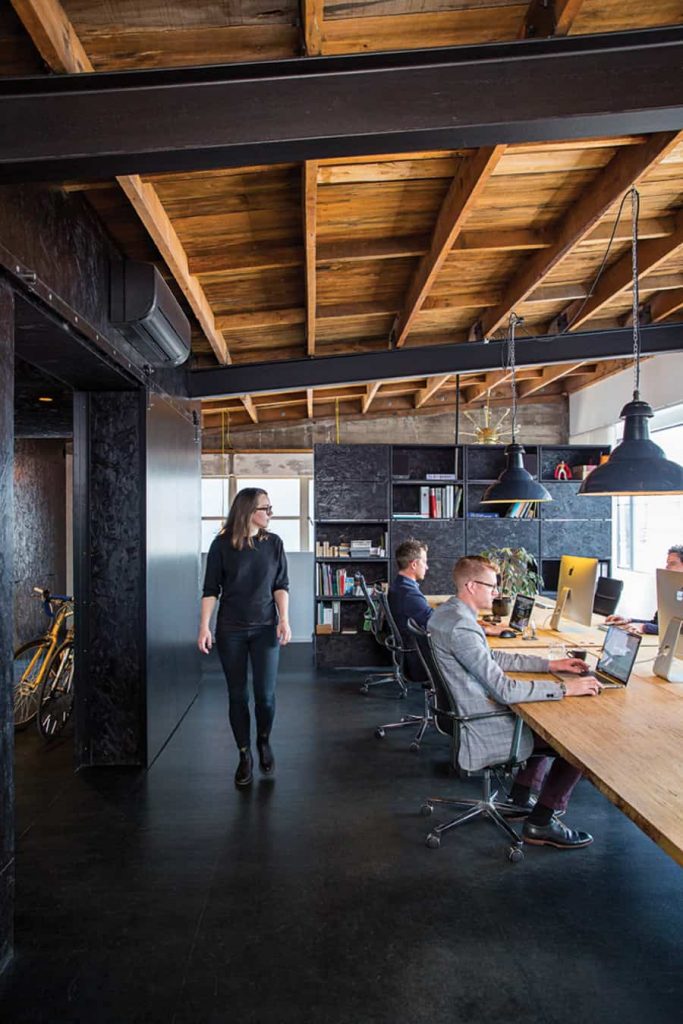 Two creative Christchurch businesses have come together under one roof – which they designed themselves.

Coffee has long brought people together – but not usually in as dramatic fashion as it did with Christchurch-based AW Architects and Deflux Design. Following the demolition of both offices in the 2011 earthquake, AW’s Andrew Watson found himself working alongside Deflux’s Jono Ross and Simon Courtney in the premises of their mutual friend’s business, C4 Coffee Roasters. And they liked it. “Sharing a space worked well for all of us,” Andrew says. “So we collectively started looking for a building where we could create the same kind of relaxed environment, with our own aesthetic vision in mind.” 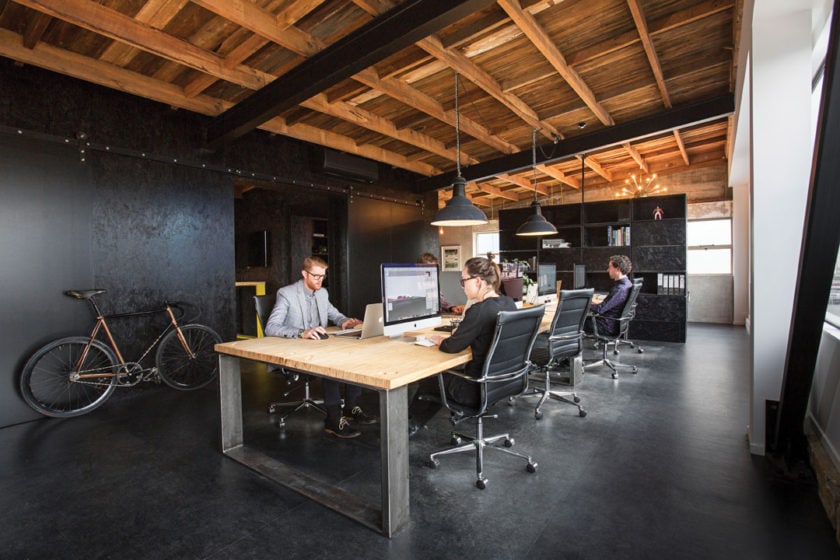 Tracking down this building in post-earthquake Christchurch also required the help of friends. Through Deflux’s association with Croft Print, the group secured a two-level building on centrally located St Asaph Street.

“It was a real collaborative process piecing it all together,” Andrew says. “And we’re stoked with how it’s turned out.”

As the building had been penciled in to be demolished, AW and Deflux had to start from scratch – which has its bright side when you’re looking to bring a specific vision to life. After gutting the place and strengthening it, that vision was ready to take shape. They started by restoring the roof to its original rimu sarking and finishing the insides of the external walls in a natural plaster. The walls that were gibbed were cleaned up and left that way, leaving all the beams exposed. 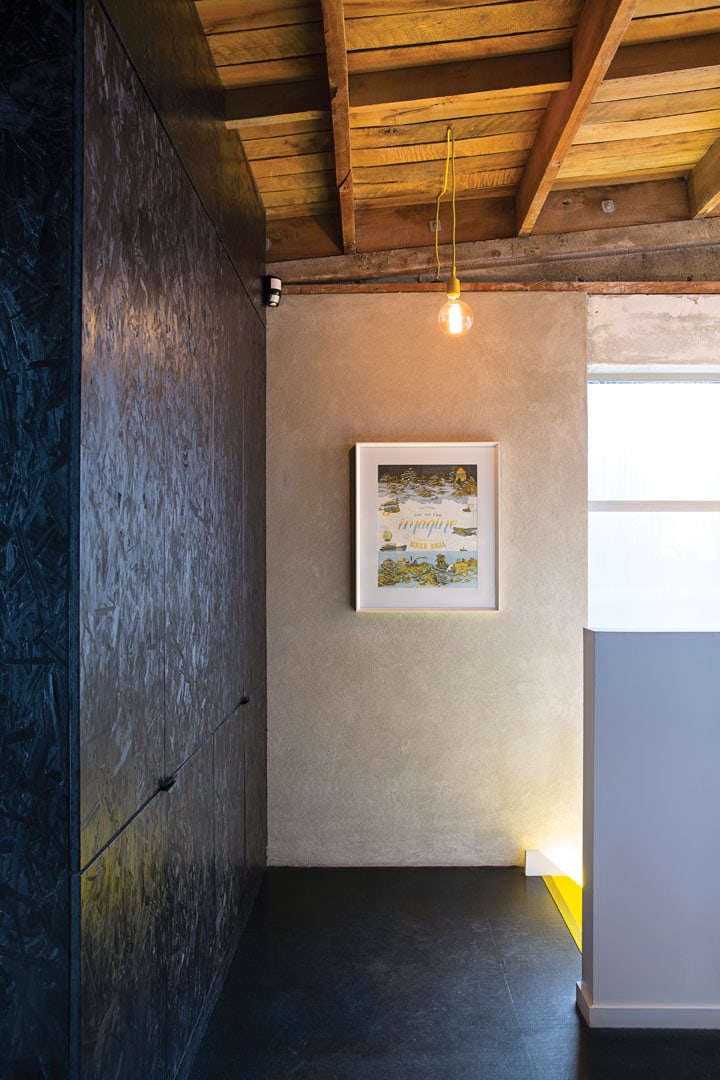 Concepting the look and feel of the general scheme and fit-out was a collaborative effort; AW Architects took the design lead with architectural graduate Prue Johnstone managing the project. “Collectively Jono, Simon, Prue and I would all come up with the ideas and Prue would filter them,” says Andrew. “Then she’d fire them back to us to rough around again until we were all happy with things.”

‘Things’ that mainly centred around strandboard. “Materials really drove the direction,” Andrew says. “We found 50 sheets of strandboard in Matamata, of all places, shipped it down, then thought ‘now, what are we going to do with this?’” 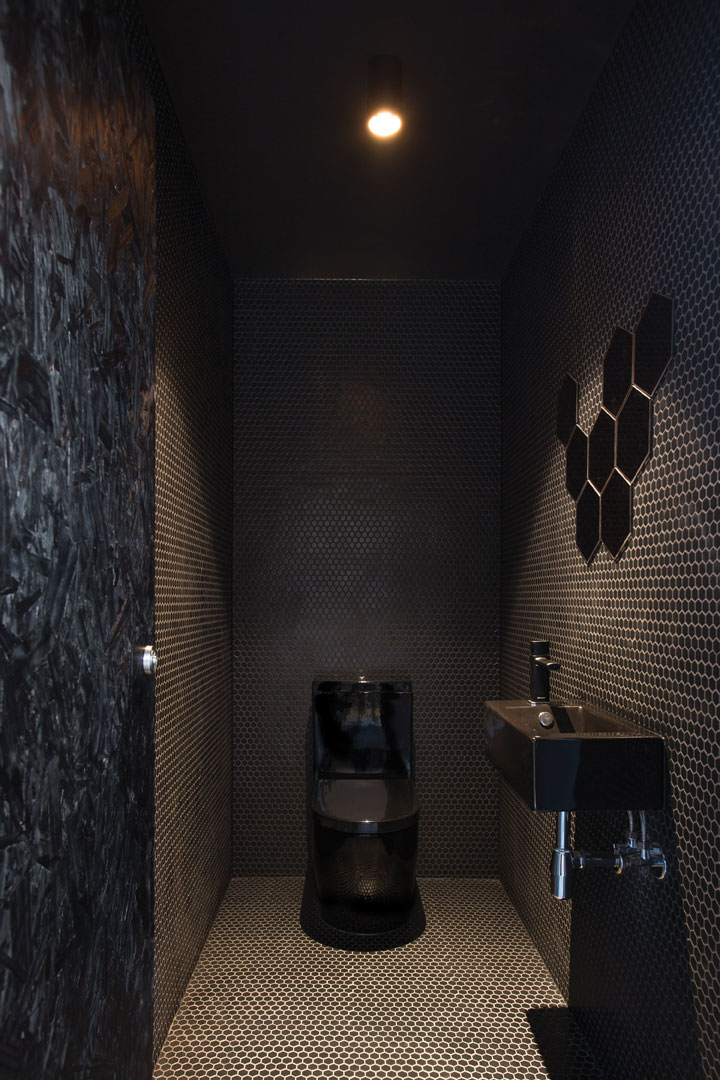 After a few tests, they found that staining the boards black, then finishing them with a clear lacquer produced a tessellated, almost psychedelic look. This was just one of many ‘let’s see what happens when… ’ experiments – but that was part of the fun. “It was a real collaborative process piecing it all together,” Andrew says. “And we’re stoked with how it’s turned out.”

It doesn’t hurt that a great neighborhood is popping up around them. Pre-quake the area was fairly industrial and when the team moved in at the end of 2014 they were the first back on the block. Since then, Supreme Supreme has moved in across the road and retail outlets have followed. “It’s a colourful neighborhood, with all types of businesses,” Andrew says. “There’s a lot of new development, but the panelbeaters is still there – and the crazy welder over on Welles Street that loves a good yarn.” 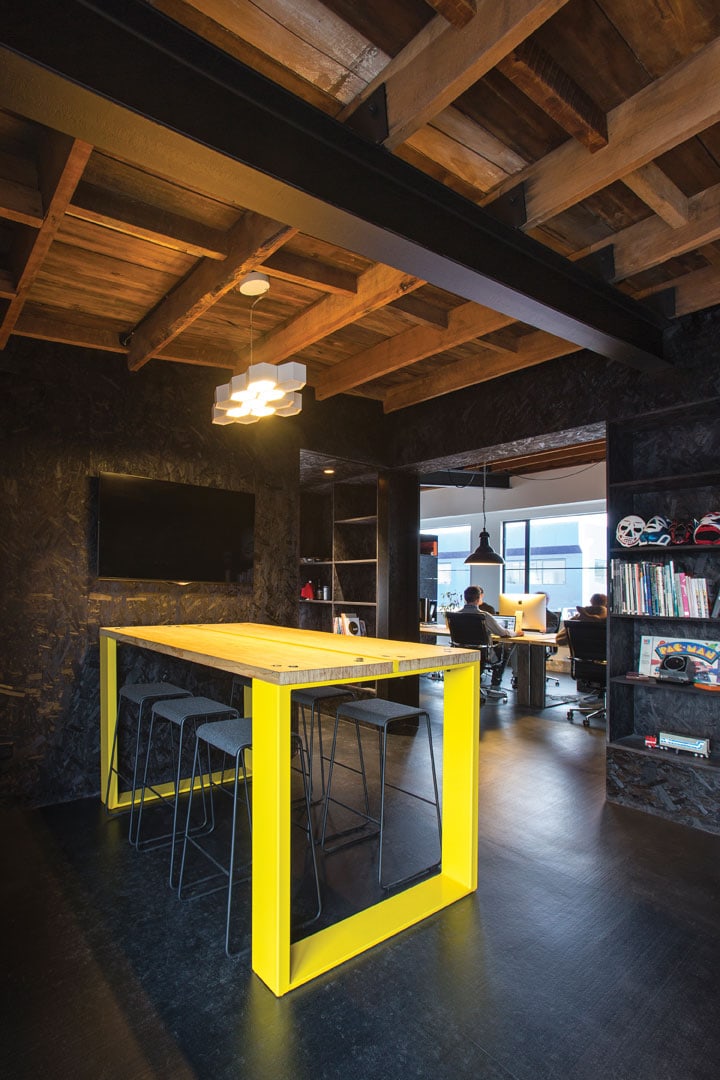 In other words, the kind of inner-city mix that you get from a community that’s growing organically, rather than a precinct grown out of governmental intervention. “People have bought space and are getting their businesses up and going naturally around here. It’s got a lot more flavour than some of the other parts of town,” Andrew says.

“It’s like being in the dress circle of the main event. We enjoy being on the fringe of what’s happening, but it’s also great to be able to look out the front window every day and see a city literally rise in front of our eyes. It’s great having that optimism on the horizon.” 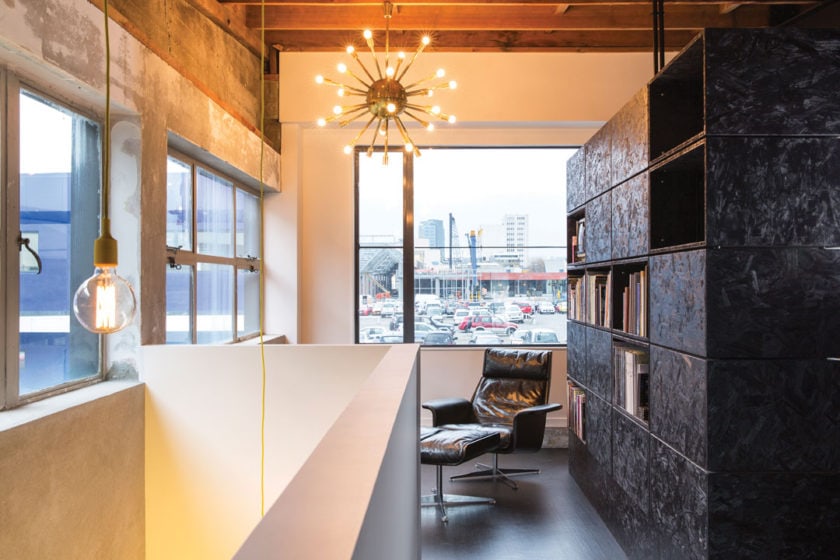 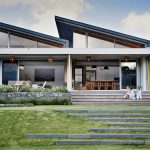 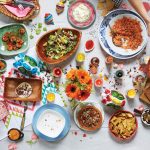