For Andrew Watson of Christchurch’s AW Architects, this house was meant to be 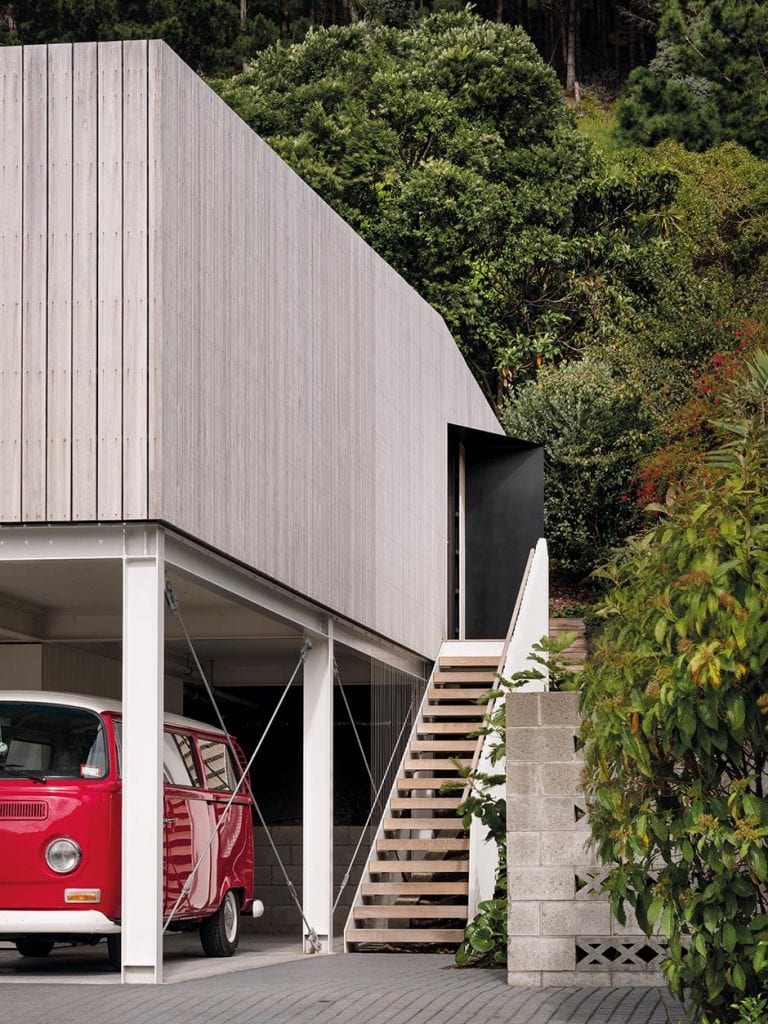 It was meant to be a bachelor pad — small, simple and bach-like. On a hillside in Sumner in Ōtautahi/Christchurch, this simple abode would be part of Andrew Watson’s plan for a fresh start.
“I was happy for just a shack with a barbecue and space for me and the kids,” says the director of AW Architects. But while he was in the design phase, his vision for himself and his children Zoe (14) and Jono (12) took a turn when he met interior designer Jessica Bartlett.

It’s said good things come in pairs, and in this case, they sure did. Eventually, the couple approached the build together, expanding the home’s design to include Jessica and her son Romeo (8). To that end, Andrew’s original plan for an L-shaped, three-bedroom dwelling was reimagined into a U-shaped four-bedroom one that reaches out to embrace its elevated site.

The hillside location is what Andrew refers to as a “Goldilocks” zone — not too high up the hill but not too low to miss out on the sweeping vista. “We get the benefits of being near the flat — close to public transport and the kids are able to walk to school — yet we also enjoy a lovely green view over the tops of the trees. If our house was one layer above, we’d be looking down on rooftops instead.” 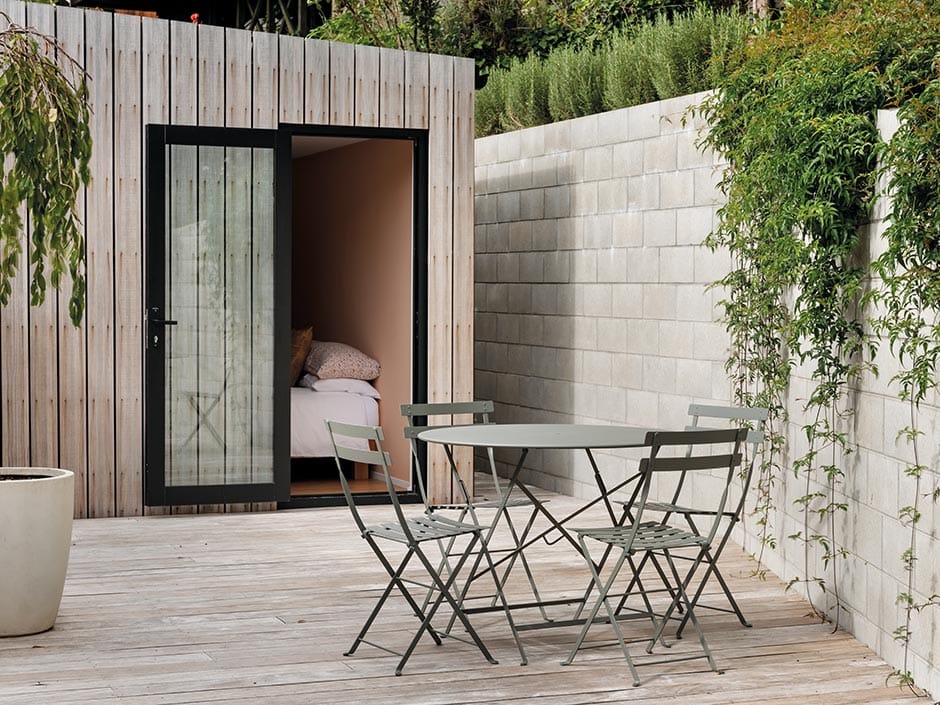 This is a site Andrew knew well before he started his original design, having worked on an even earlier design for it for its then owners that didn’t come to fruition. Then the opportunity came up to buy it himself. “The original scheme was based on ideas I’d worked on with the previous owners regarding where certain parts of the house would be — kitchen and living in a spot to accommodate the views and sun, and all else scaled back to accommodate the landscape,” he says. “After I met Jessica, the house developed from a basic house into a home that complements the site. It’s what should have been from the get-go.” 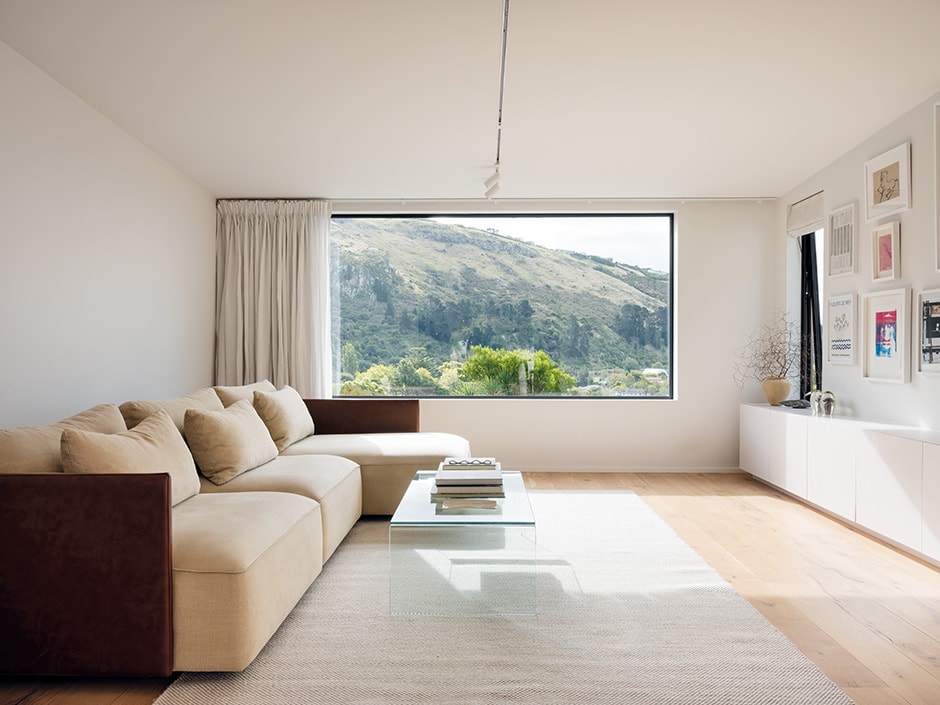 What the couple has created is a “suburban apartment”, complete with a sheltered courtyard facing the hills and a deck looking seaward from the living/kitchen/dining area. Celebrating aspects of apartment-style living on a single level, “It’s small-scale family living but with the benefits of suburbia and its surrounding space,” says Andrew. “Low-energy and low-maintenance, the home is a sanctuary due to its cosiness and serenity.” 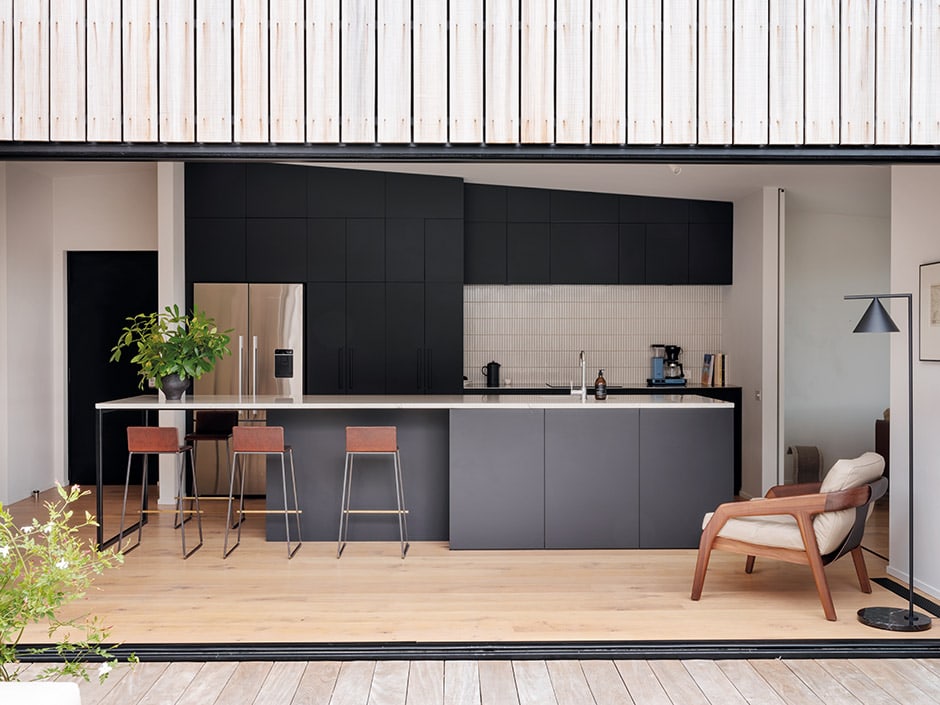 One thread that has remained throughout the dwelling’s evolution is its prefab modular structure. The home was always going to reflect this model; in fact, the prefab process inspired the design. “The house is based on a grid of 4.8m2 modules, each representing a different aspect: the living and kitchen module, the dining module, the service module and the bedroom modules,” says Andrew. “Around that, it was based on a prefabricated process of building, such as floor cassettes and wall and roof panels.” 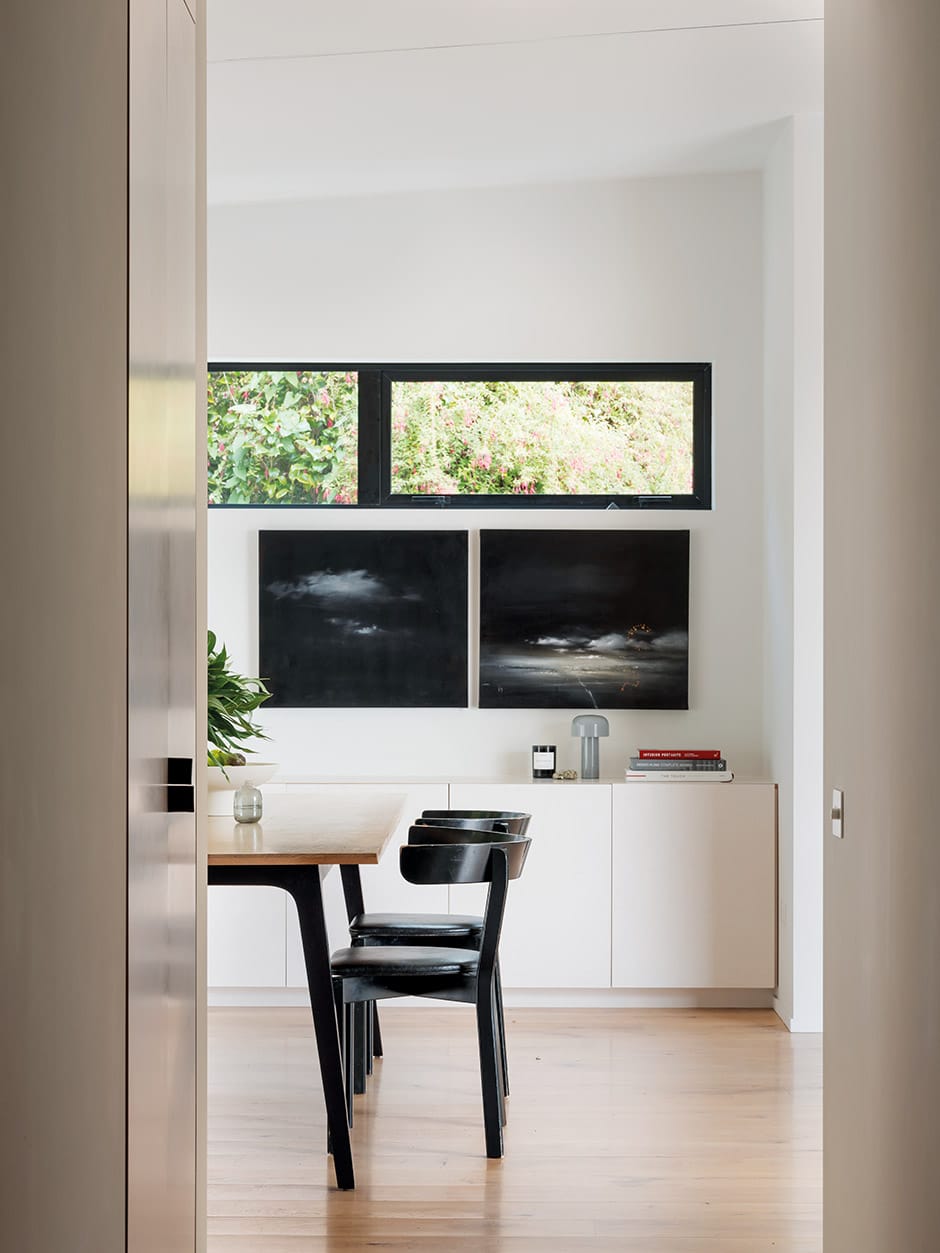 It’s a lesson in efficiency, allowing the creation of a weather-tight shell in a short amount of time. “Once the shell is locked in, you can get away from the elements and finish work quickly,” says Andrew. “Also, the place is locked up. Measuring joinery units and installing plumbing can happen in tandem with finishing the home’s exterior. It’s a way of de-risking the project, so the building isn’t in the elements, especially when you’re building in winter. Tools are dry and accuracy is better. Everyone benefits.”
Local materials were also a key factor in this build. “We were able to go and get the products, fabricate them in the factory, then ship them to the site and flip the house up relatively quickly,” says Andrew. “We weren’t relying on machinery from Germany or wall panels from America.”

The home’s layout encompasses a main bathroom and laundry in the middle of the floorplan, with four bedrooms on one side and living/kitchen/dining on the other. The grid of modules lining up with each other means space flows freely inside, while outside some exterior walls have been replaced with doors that open wide for unimpeded indoor-outdoor flow, allowing rooms to blend with the landscape, increasing their size.
Despite the easy flow, intimate spaces can form. Wing walls between the dining and living areas slide out to close off the living space, bringing a fluidity to the home that’s ideal for a family of five. The sliding doors to the laundry and main bathroom can be closed or opened for a more spacious feel. 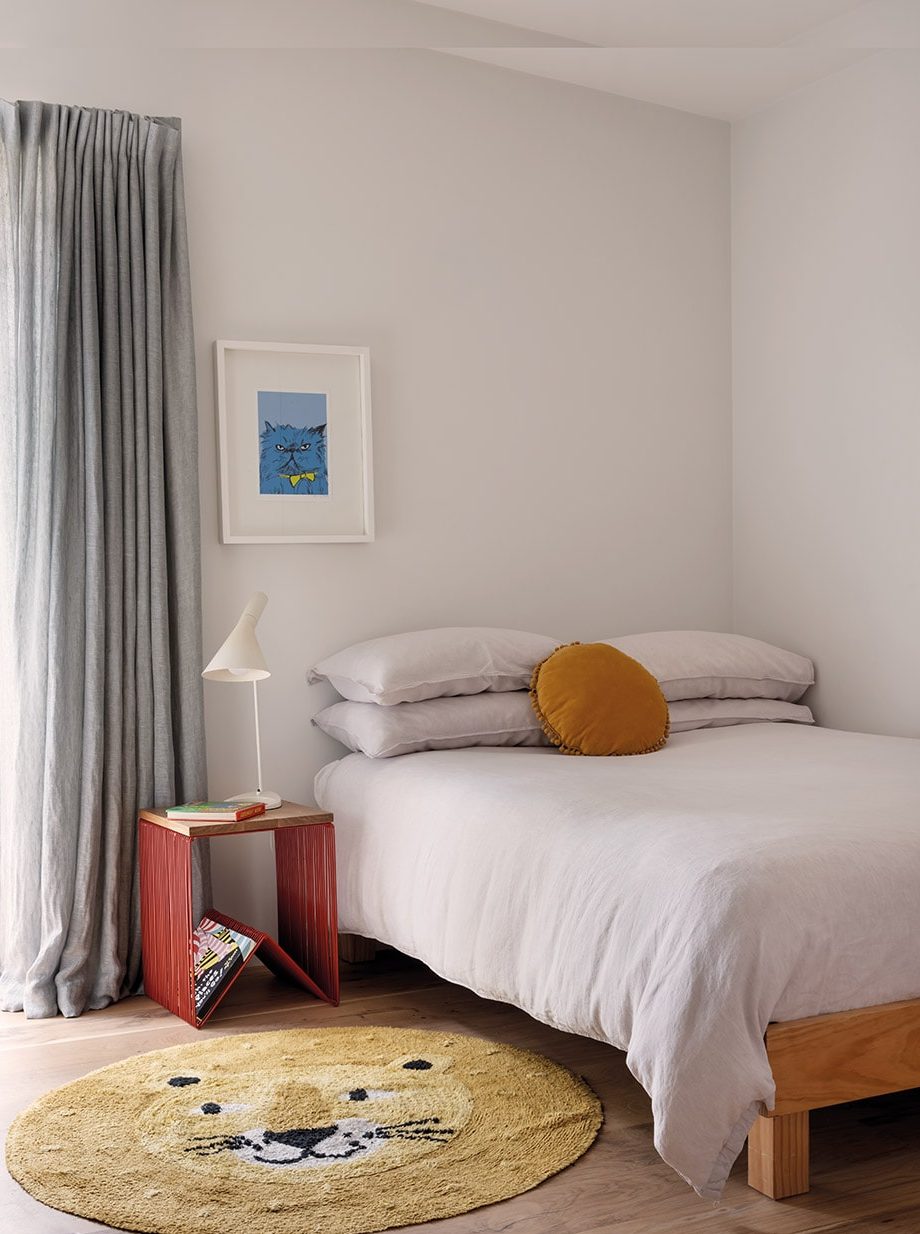 Having resided here for two years, Andrew calls it an experiment in living. “Now we know what these spaces mean in terms of the dimensions, and how it feels for us as designers going forward into other jobs and spaces,” he says. “We know what works, so it gives us a point of reference that’s pretty cool.”
Now a member of the AW Architects practice, Jessica took charge of the interior design. Her creation of simple, calm colour and material palettes using natural and restrained inclusions is a nod to the natural beauty of the home’s surroundings. “I wanted the interiors to be made from honest materials and feel very serene,” she says. This is perfectly juxtaposed by structural interest, such as the wing walls and built-in furniture. 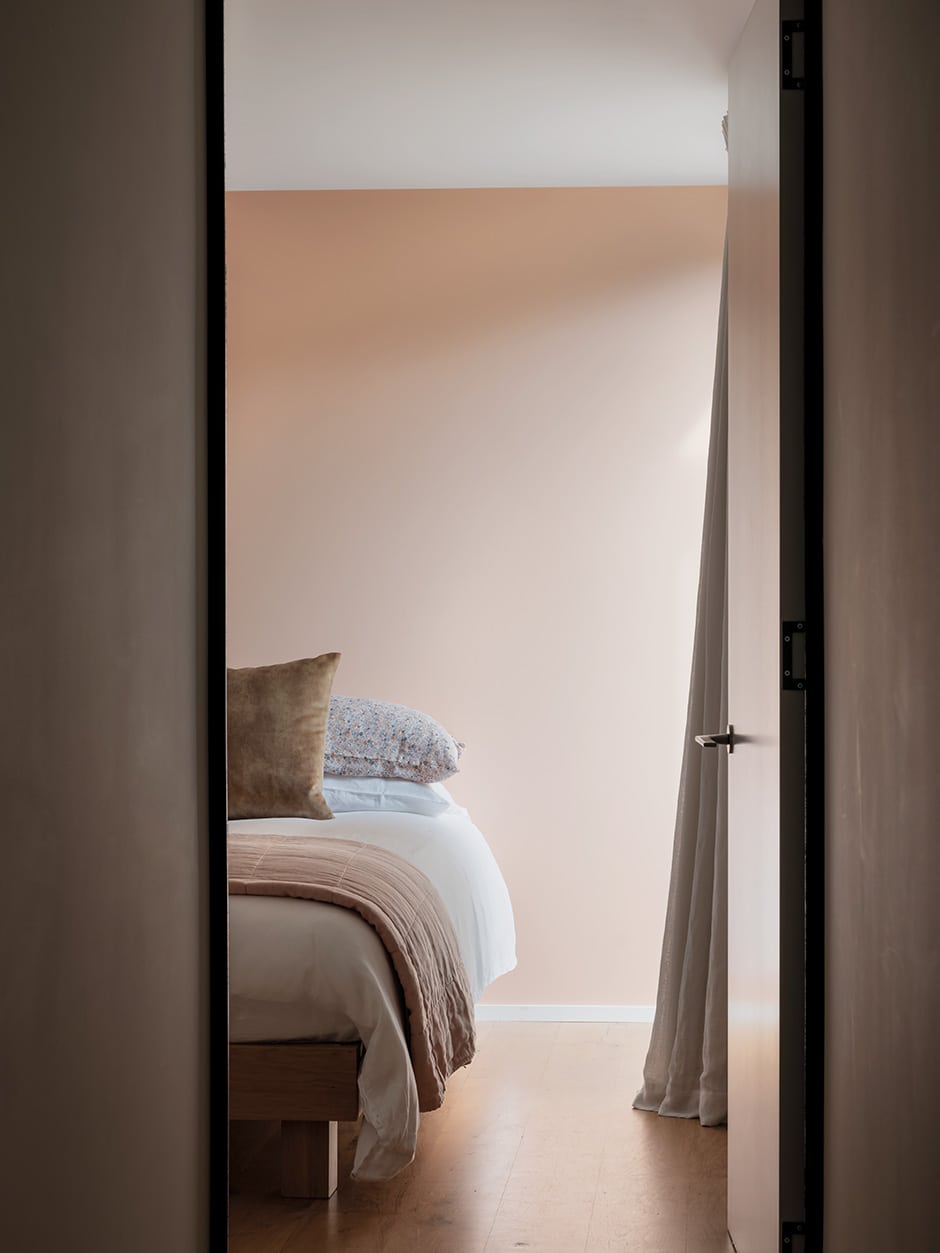 Although future expansion is in the back of Andrew and Jessica’s minds, they can’t help but be reminded how good they have it right now. “We thought it’d be nice to have pods for a gym or yoga studio, but we always return to the fact that we have about 10 more years of the children living at home and the house should accommodate our future requirements when space opens up,” says Andrew. “So even though we have grand ideas, we keep coming back to asking ourselves, ‘Do we need to do that?’ We hope the house will accommodate us for a long time.” 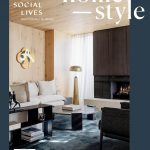 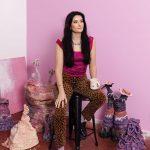