A villa renovation with a difference and an eye for detail, by Malcolm Walker Architects and KKID 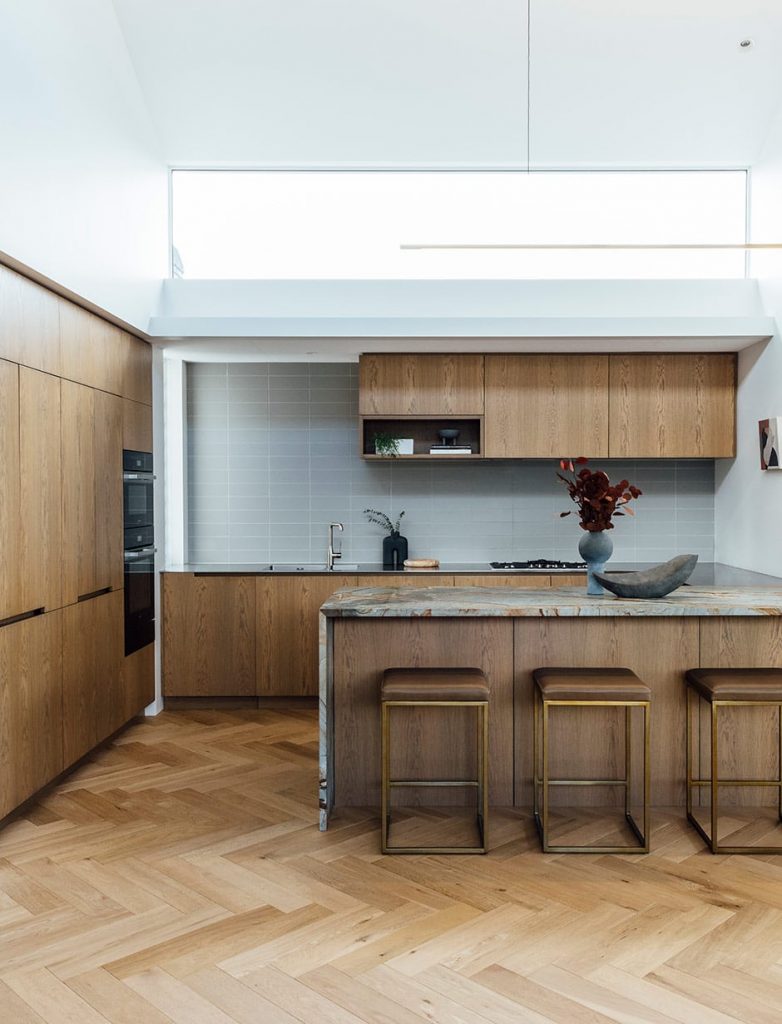 Secrets reveal themselves in their own time at this home in Sandringham, Auckland — little quirks in the design that you might only catch a glimpse of when you’re opening a blind, kicking back on a window seat or playing with the dog in the garden. Switch on the indoor/outdoor sound system concealed within the walls and you’re in for another surprise.

“There are so many well-finished details that you can’t take them all in in one gulp,” says homeowner James White. “It’s so cool — I really love that about good design.”

Much of the original goodness of this three-bedroom 1920s villa had been stripped out when it was converted into two two-bedroom flats in the ’60s, but James and his wife Maria Ross, who run quantity surveying firm Kwanto, were keen to retain what character they could while putting a spin on it, bypassing the standard villa renovation with the box extension out the back for something more inventive.

Kwanto has had a professional relationship with Malcolm Walker Architects for several years, so the pair were excited to bring his creativity to their personal project as part of an A-team that included “true craftsman and hero of the show” Craig Miller of Miller Builders and “frank, pragmatic, talented and wonderful” interior designer Karen Kelly of KKID.

“Malcolm is a genius when it comes to making spaces interesting, and having him on board and understanding how we wanted to live allowed him to play with the idea of the villa while flooding the rooms with natural light,” says James.

“The key essence of the alteration was to extend the living areas to the eastern boundary to provide open western evening living and access to the rear garden,” says Malcolm. “Replanning within the existing footprint of the villa provided two bedrooms and a bathroom off an entry hall by way of a lobby to the west, and a master bedroom, ensuite, laundry and study to the east. The new extension for the living areas creates a sense of retreat while maintaining connections to the sheltered decking and newly landscaped garden, while all-day sun is provided without loss of privacy by the extensive yet careful use of clerestory windows.”

Years of travel taught Maria and James that you don’t need loads of possessions to be happy. They value quality over quantity, and that’s evident in every aspect of this sophisticated abode. “We’re a family of three and don’t have a lot of stuff, so we aimed to avoid ‘space redundancy’ and invest in design, materials, fixtures and fittings so this home will serve our needs for a long time,” says Maria, who along with her husband is highly conscious of the issues around consumption and consumerism.

With myriad ideas on the table, they needed interior designer Karen to help keep their décor succinct (and to become an ally for James, who could talk furniture and lighting all day). Her peaceful, minimal palette of natural, textural, hard-wearing materials came together around an amazing slab of stone (which the couple had already chosen for their kitchen benchtop) and is expressed in neutral colours accented with blues and greens, and brass and stainless steel highlights. 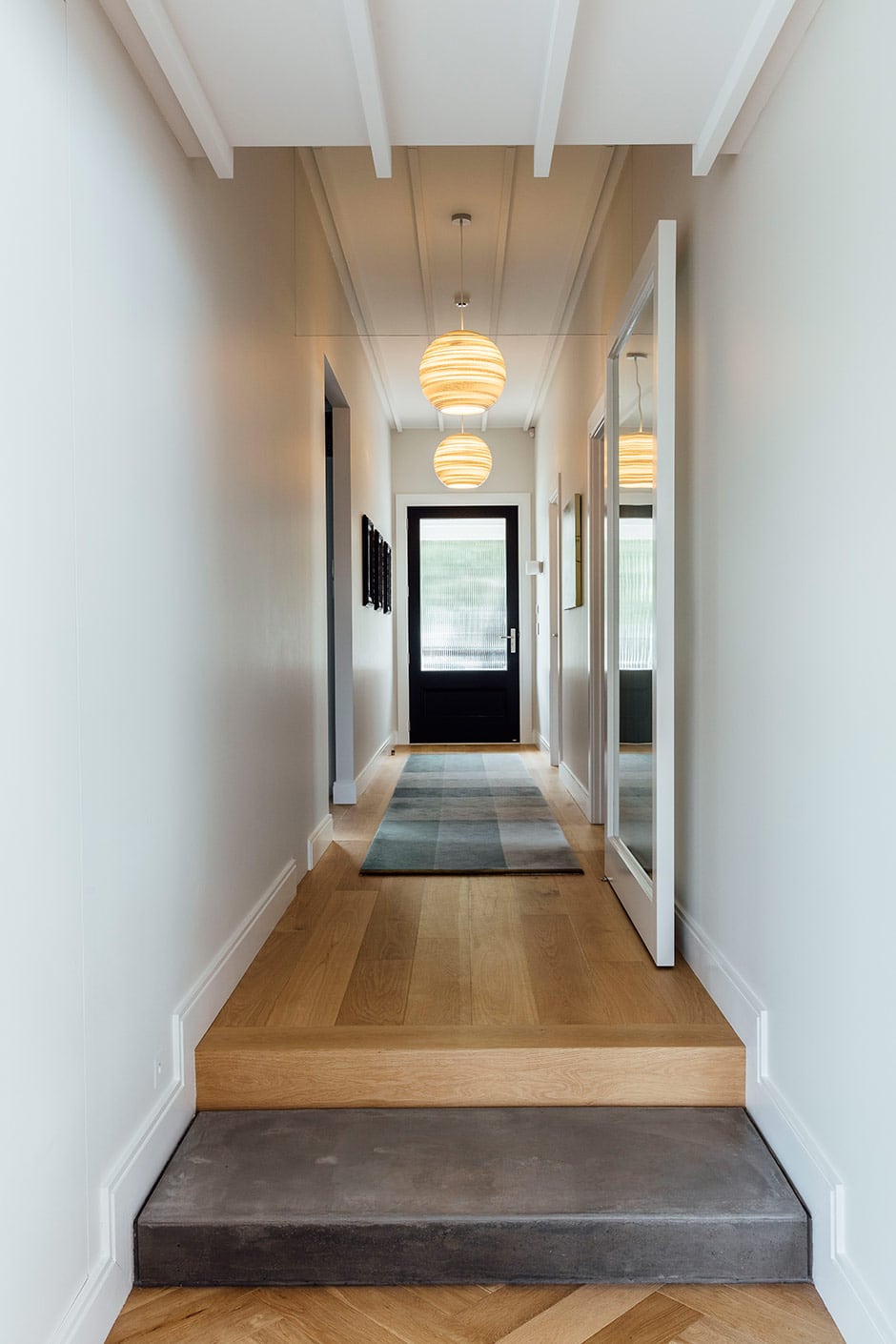 Dressed in Karen’s expertly resolved finery, the remodelled home is exerting its influence on its inhabitants slowly but surely. “I think you subtly begin to change your behaviours when you’re living in a new house,” says James. “You kind of develop go-to points — like, for me, peacing out on the window seat with my headphones on for an hour in the weekend, or sitting on the deck with a cup of coffee and having [our daughter] Mackenzie come and sit on my knee. To me, that’s just so precious, and what it’s really about. It’s about giving ourselves different spaces in which to enjoy each other’s company, and the longer we’re here, the better we become at exploiting those areas.” 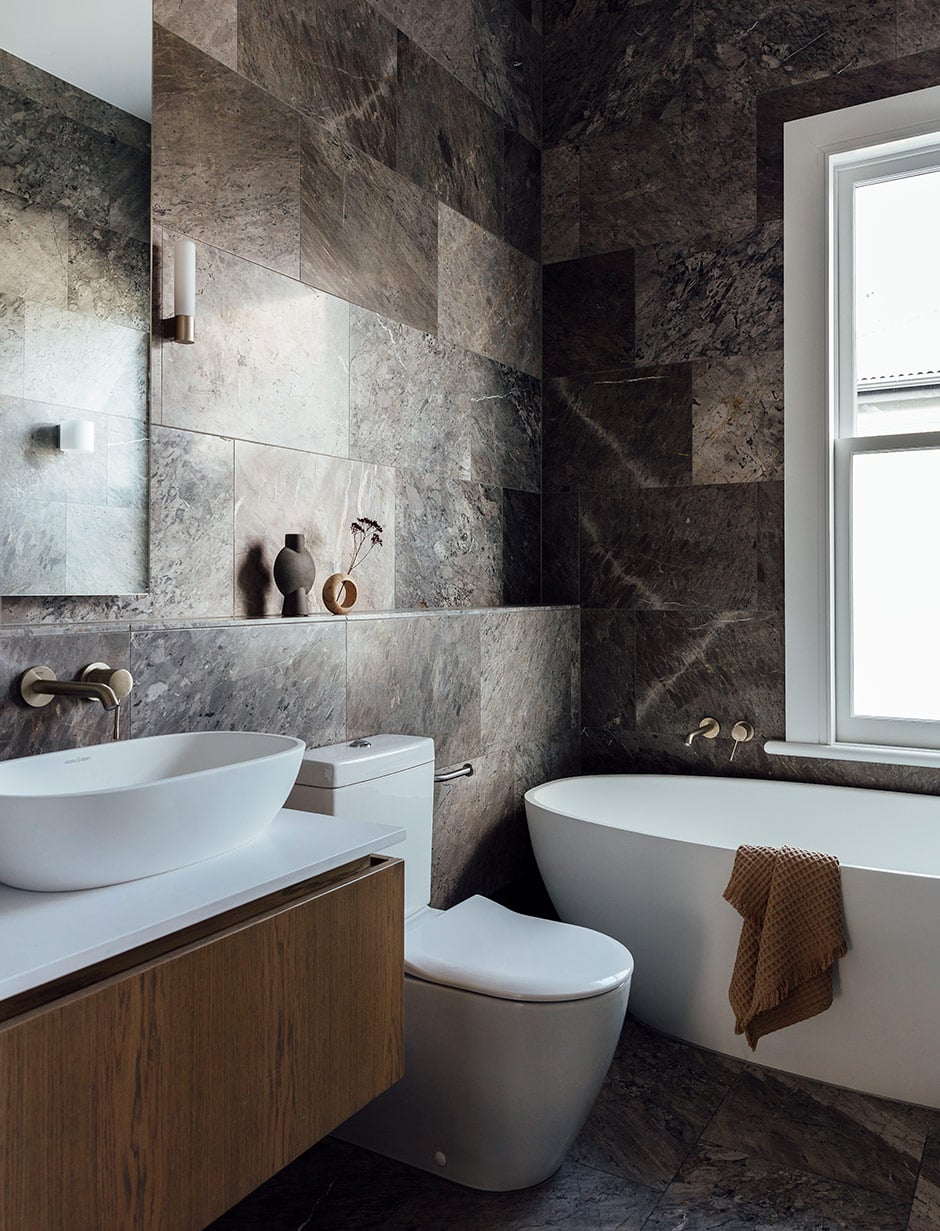 Providing just enough spots to share and retreat to, the villa is now a perfectly formed place in which this family can enjoy life and grow together. “With your kitchen, your dining and your living, it is a villa push-out, but Malcolm has done it differently with the nooks and insets and interesting ceilings and hidden doors,” says James. “It’s kind of like waking up in a luxury retreat every morning, but what really spins my wheels are the details. We may never really appreciate it all as a whole package because there are just too many things to take in.” 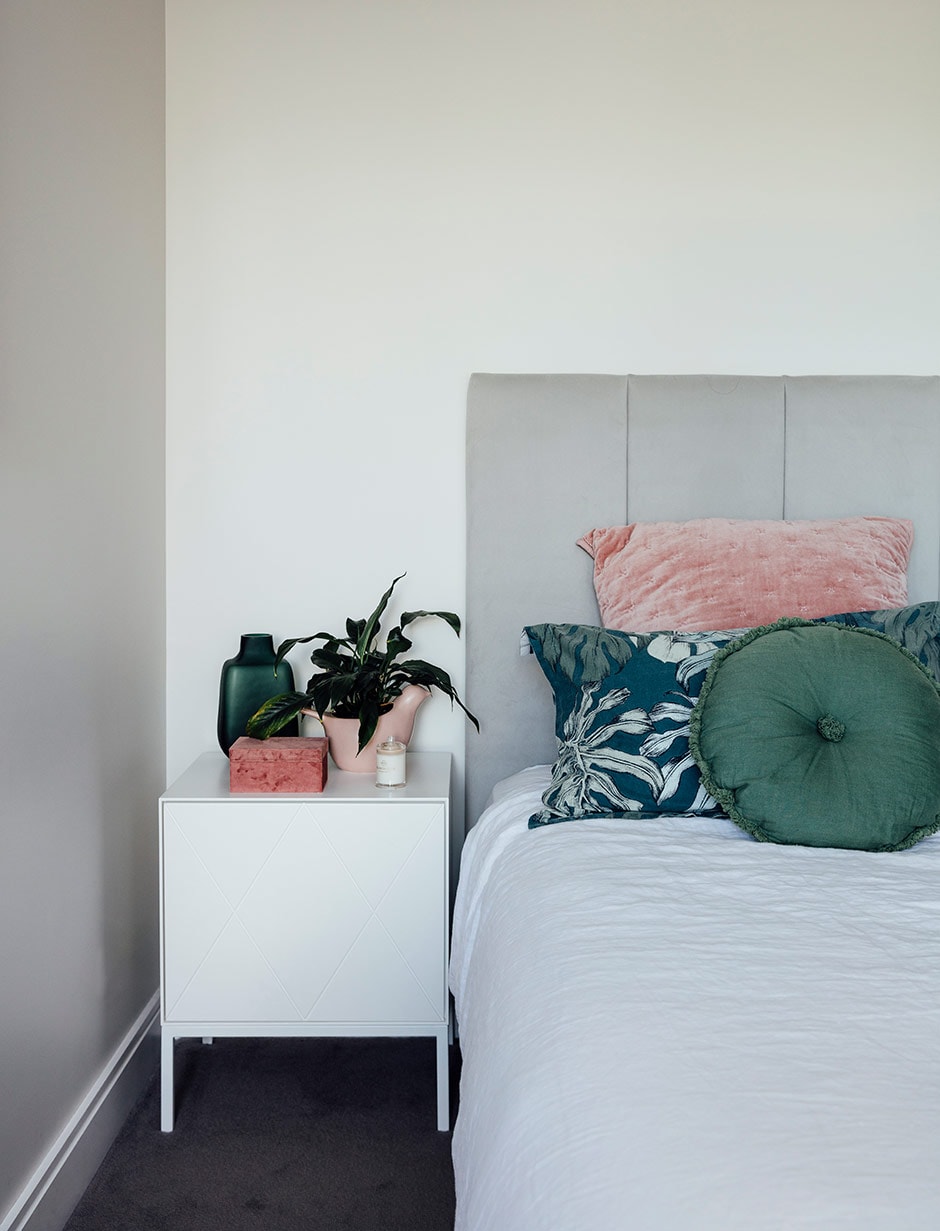 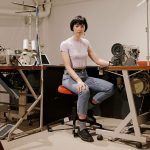 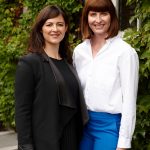