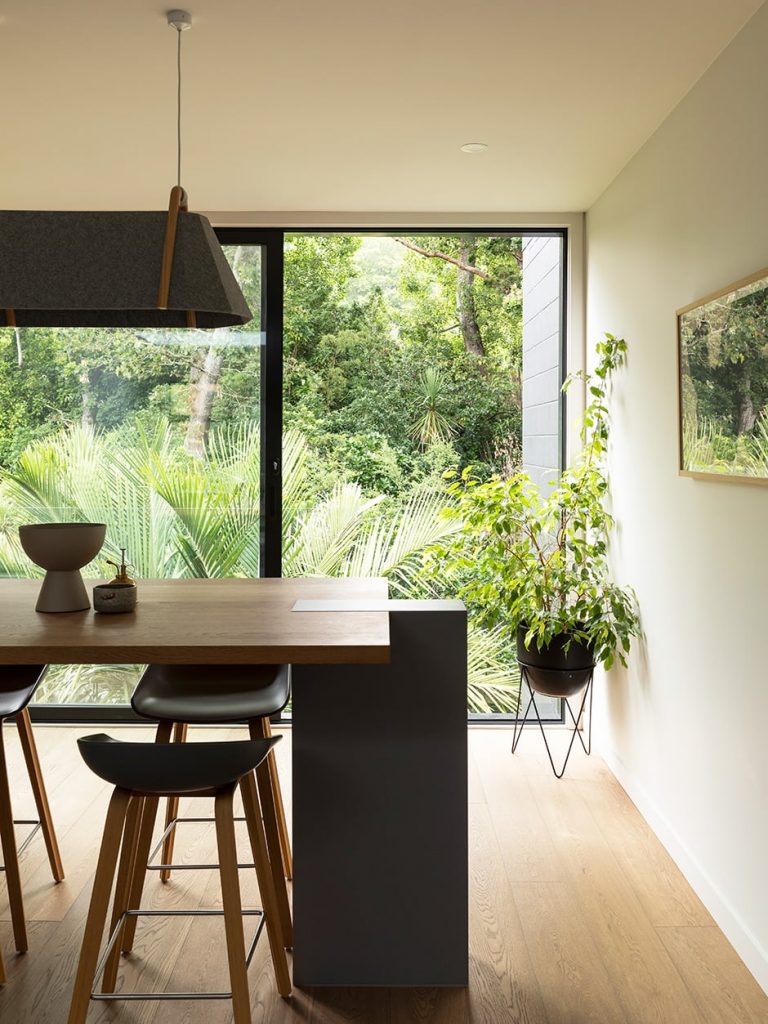 It sounds pretty much impossible in the heart of the concrete jungle, but not at Zavedo founder Joana Azevedo’s place.

Sandwiched between a hospital and Spaghetti Junction sounds like an uncomfortable location for a home; however, this Auckland house not only offers the ease of living close to amenities and a transport network but is also stylish and tranquil. Step inside and feel the serenity.
When interior designer Joana Azevedo and her husband Jason Yeoman, who owns a building company, wanted to move closer to the city and their clients, Grafton wasn’t the first location that sprang to mind. Fortunately, their real estate agent had other ideas, and insisted they take a look. 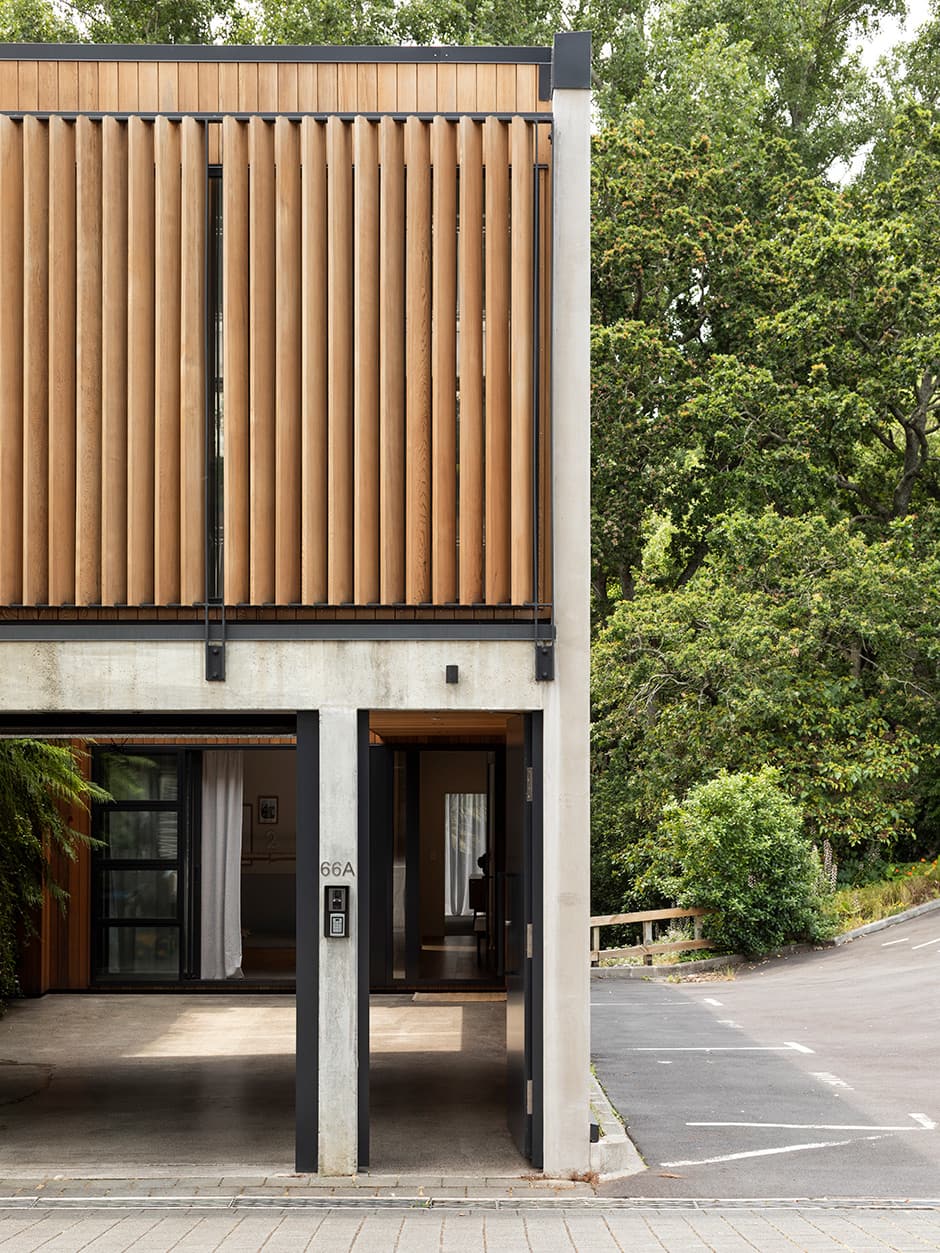 Surrounded by office buildings, the property, constructed in the 2000s, was a bald concrete rectangle arranged over three levels. “It didn’t look like much from the outside,” says Jo. “And it was a little tired.”
Yet the couple couldn’t believe how private it felt inside. They loved its robust structure and the outlook over greenery borrowed from the Domain. 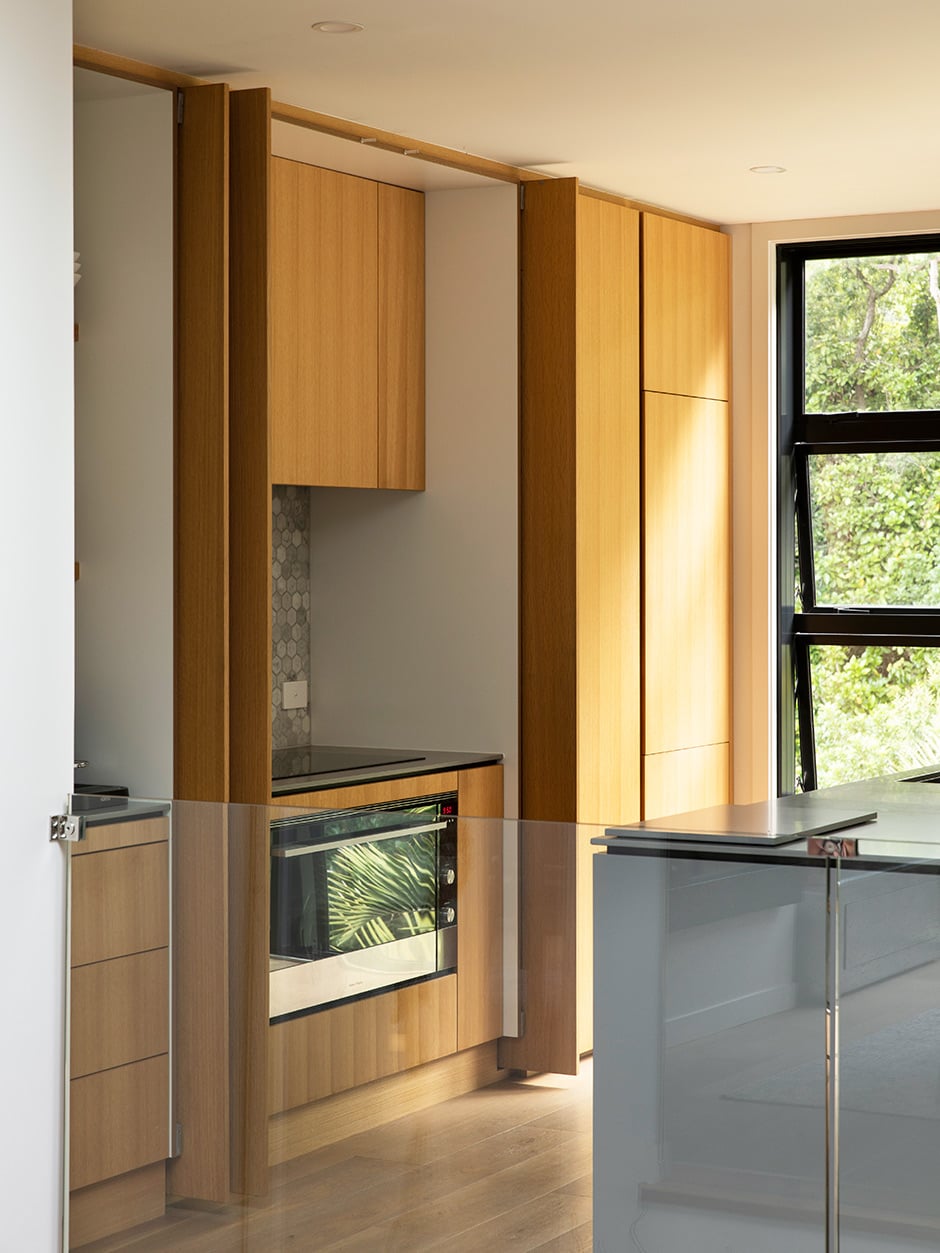 Jo and Jason met in Switzerland while he was on his OE. They may have struggled to speak on their first date (Jo didn’t know much English; Jason had very little French or Portuguese), but there was an instant and lasting connection. Some 16 years later, they have a four-year-old son, Liam, and a second baby due. And they’re not their only mutual achievements: since Jason convinced Jo to decamp Downunder, they’ve renovated several properties together. Jo can’t quite remember if it’s six or seven.
For this particular project on a tight site, the pair agreed on two major moves: recladding some of the exterior to soften the industrial rawness and converting what was a rooftop space above the carport into a living room. The work took nine months to finish — a significant gestation period. But in that time, they also stripped out the kitchen and bathrooms, added a third bedroom and ensuite, re-plumbed, replaced the balustrades with glass, updated the joinery and put in new flooring.

The result is sublime — an oasis of calm. Although the concrete blade walls on either side of the dwelling were left as is, slimline cedar cladding now brings warmth to the palette. The zen mood is enhanced by a vertical garden that fills a void between the carport and the bulk of the home. “It’s a pocket system with built-in irrigation but still needs some maintenance,” says Jo, who hops onto a ladder when the odd plant needs replacing. 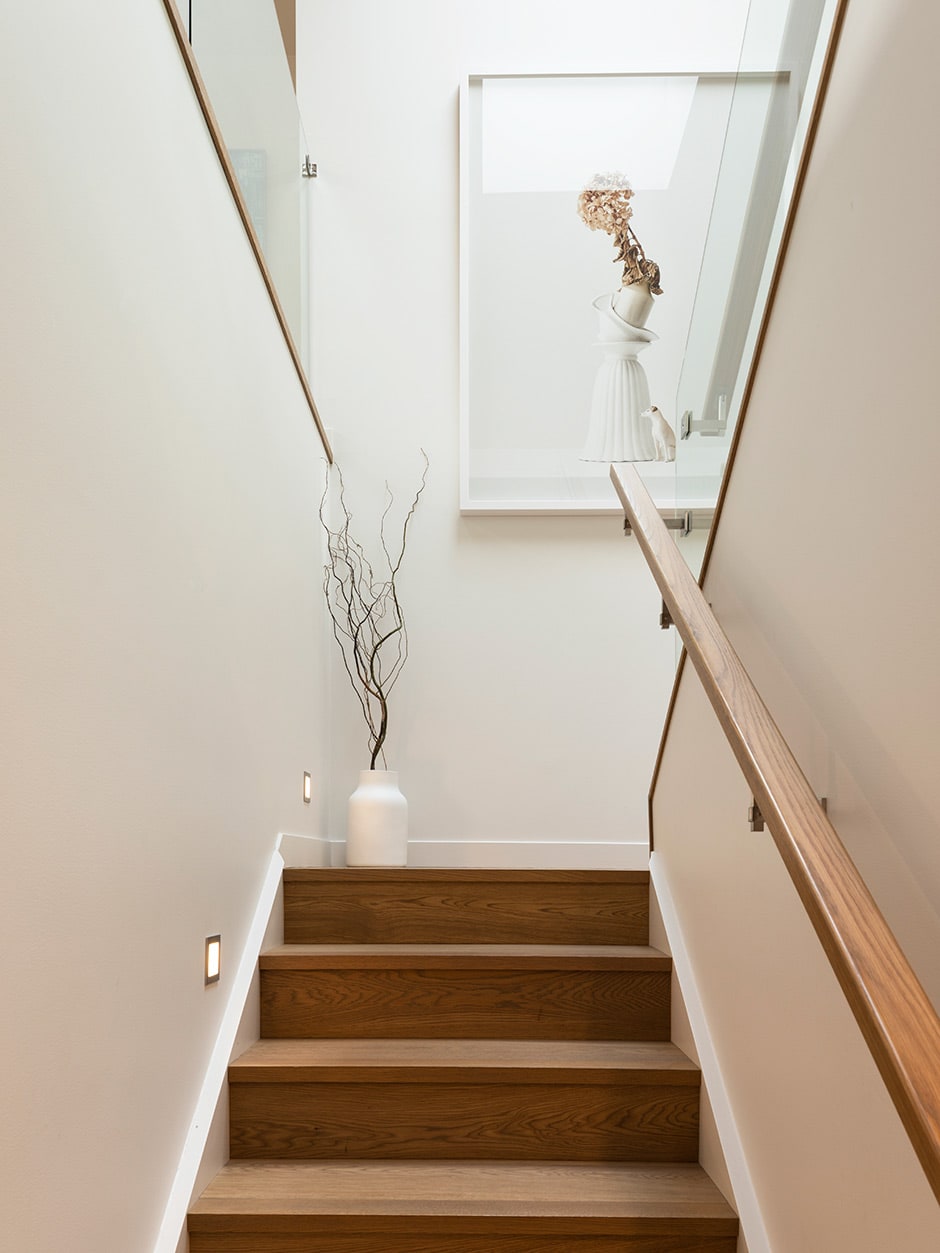 On the lower level is a garden and spare bedroom, while the mid-floor has the entrance alongside the garage and contains the couple’s suite, just across from Liam’s bedroom. Jo and Jason were restricted by the outer limits of the townhouse, yet still able to insert an opening in a wall in their bedroom to create a walk-in wardrobe. Their room also connects through glass sliders to a tiny patch of paradise, where nīkau palms, floating steps, a wooden platform and a water feature nestle in. 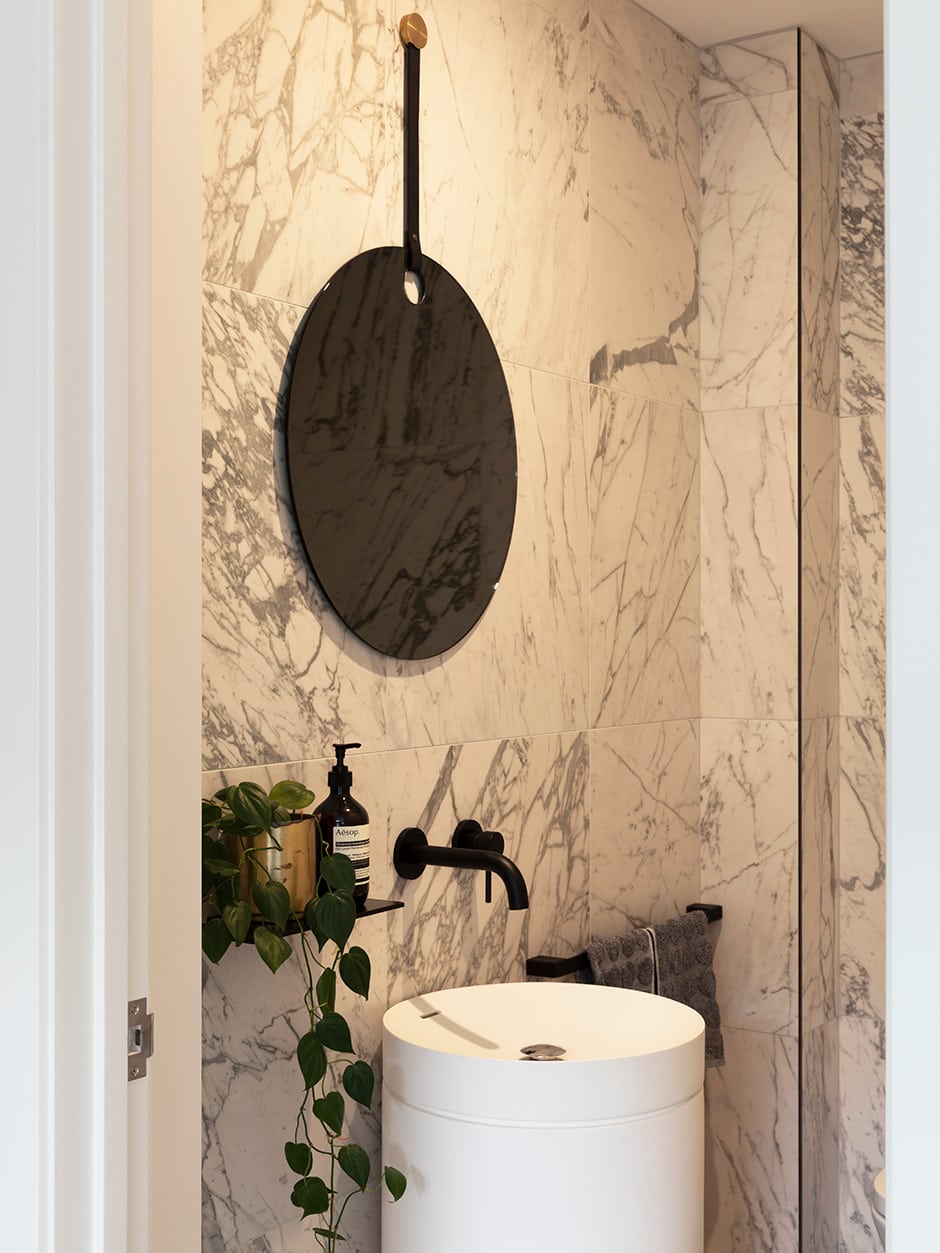 Upstairs, light floods in through a skylight and the central void that separates the kitchen and dining zones from the newly created living room. It’s filtered by the foliage and a band of cedar louvres on the windows overlooking the street.
In the kitchen, a monolithic bank of oak veneer cabinetry stretches along one wall. With no appliances on show and no handles, the island bench and its built-in breakfast bar set at right angles is highlighted. The family loves to eat breakfast here with a view of the trees. “It feels very lush — we could be in Titirangi,” says Jo.

The couple had sold most of their furniture with their former property, so here was the chance to start afresh. It wasn’t a hardship for Jo, who owns online furniture and homeware store Zavedo and describes her aesthetic as “refined, warm and minimal”. She knows how to stick to a theme. Pieces like the oversized modular sofa and sleek black Scandinavian dining table are carefully chosen to speak the same design language. “I like natural materials and to layer these with texture and shapes,” she says.
Hers is an organised eye. Every corner of this home is just so, from the decorative vignette (art and branches in a vase) at the top of the stairs to the quietly coordinated elements (framed photo, oak storage box and dark tumbler) on the bedside table. But where she really gets to express her passion for curation is on the custom-designed modular shelving that stretches along one wall of the living room. Art, objects, plants and books are all arranged with care. “I collect books — I love flicking through them for inspiration,” says Jo, although Jason has pointed out that the shelves are now replete with their fair share. 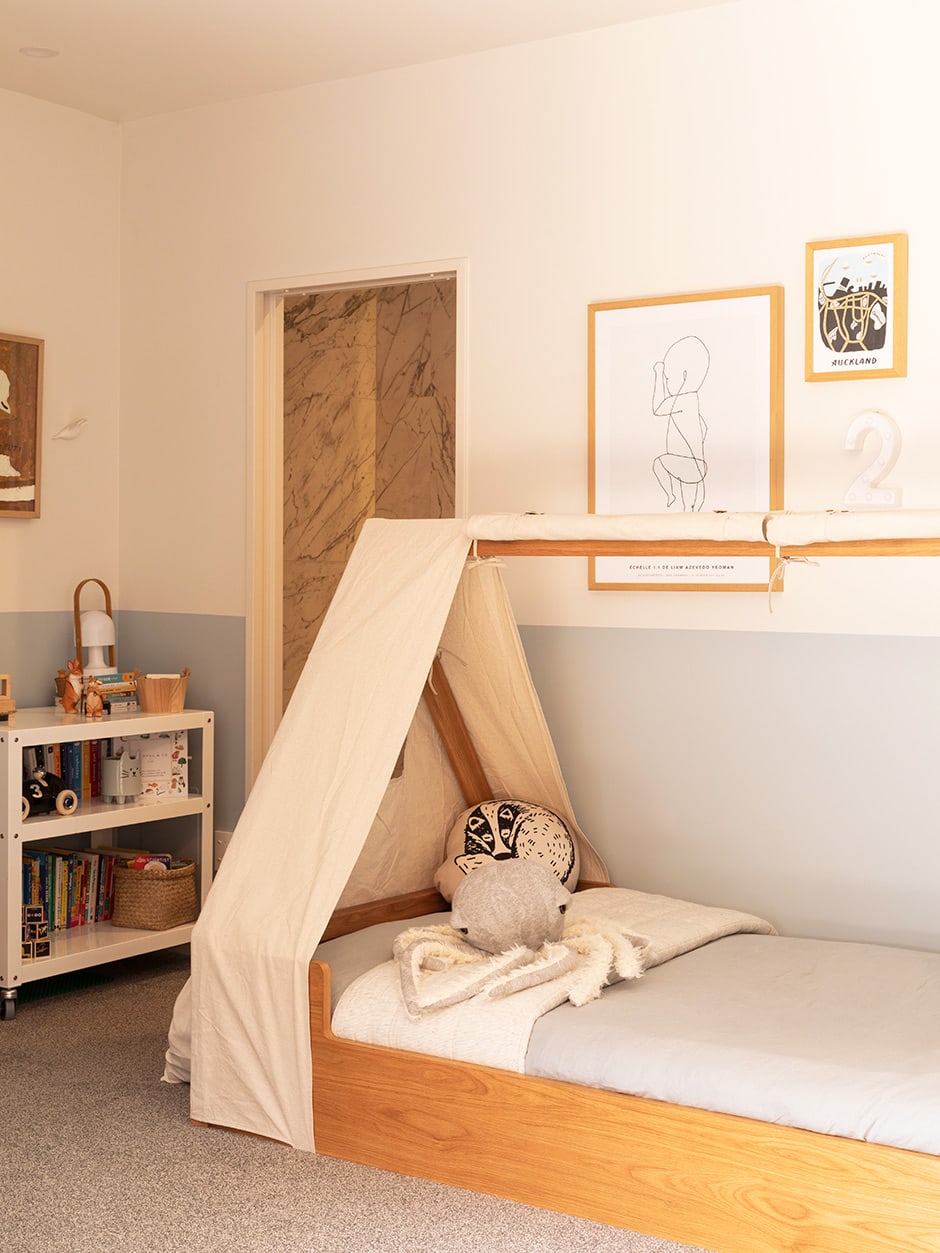 When Jo’s sister arrived from Switzerland and saw the thoroughly urban home they were creating, she was dubious. “She said, ‘This isn’t a house for a young boy — too many stairs,’” says Jo. Once a new baby enters the picture, Jo may well get tired of wiping fingerprints off the glass balustrades. Who knows? But it wouldn’t be a surprise if project number eight or nine (who’s counting?) soon gets off the ground. 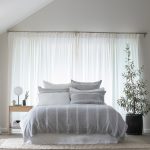 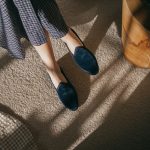